I am a Final Fantasy fan. Have been since the original came out for the Nintendo. Back in those days we (my brother and I) had a total of three RPG games; Dragon Warrior, Hydlide, and Final Fantasy. I was not a fan of Dragon Warrior since I could not see my character unless I was wandering the world map and do not bet me started on Hydlide. Then along came this massive Nintendo Power issue that had a poster for Final Fantasy, and a complete strategy guide in it. I remember playing Final Fantasy for hours and loving every second of it. Once the Gameboy was release and Final Fantasy Adventures and Final Fantasy Legends came out and I had every one; not that they were Final Fantasy games, but they had the name “Final Fantasy” in the title, so I bought them. 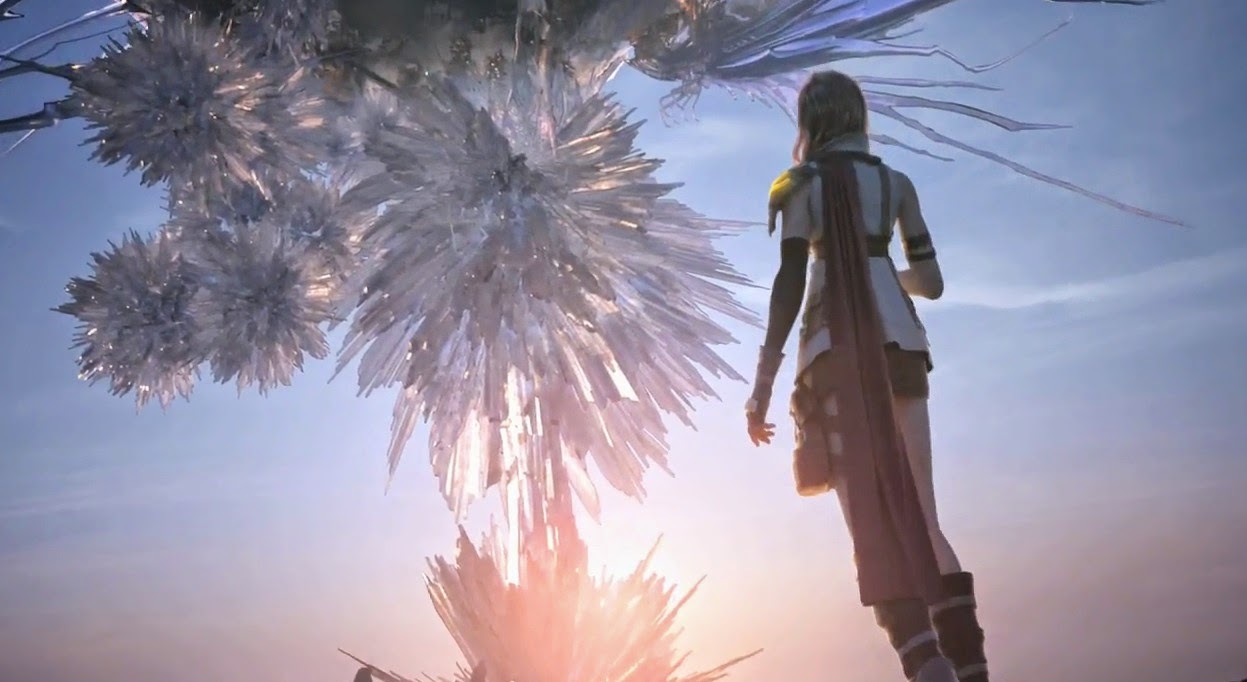 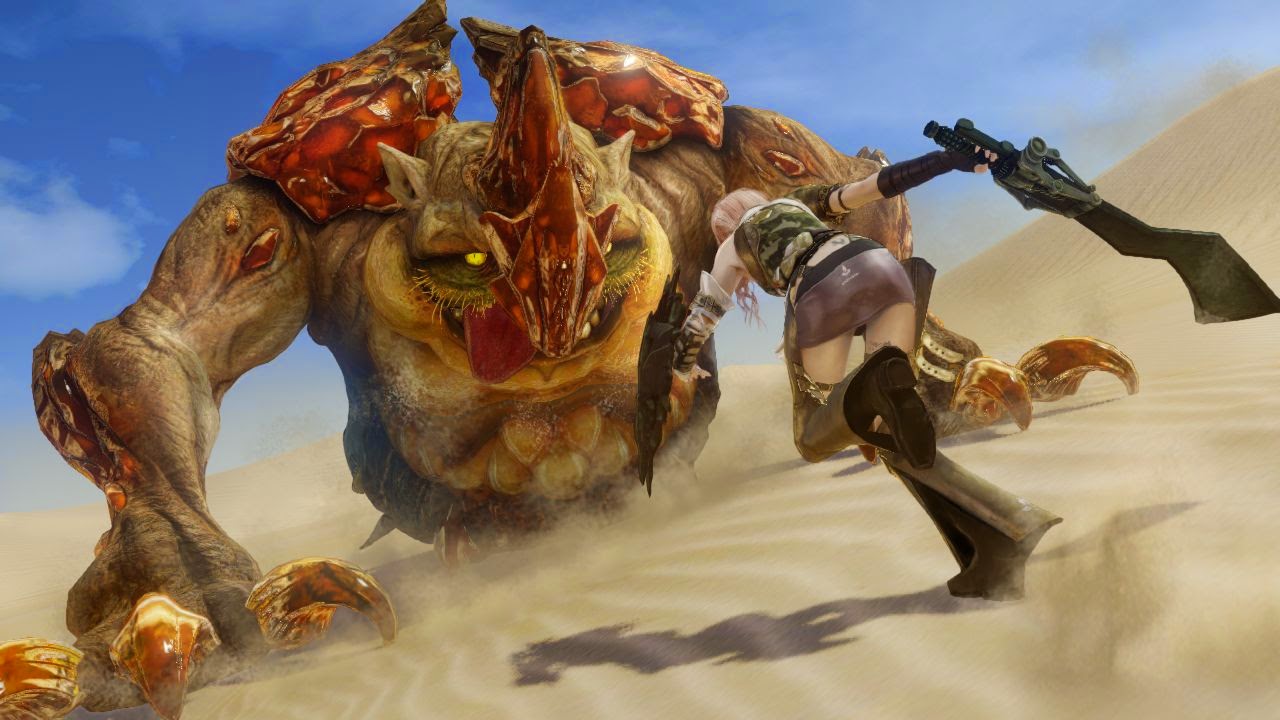 Final Fantasy games have always pushed the capabilities of the consoles that it was released on and Lightning Returns is no exception to that concept. Lightning is a gorgeous model that is well-animated and has some of the best textures I have seen on a console. Square Enix had made the decision to enlarge her female assets, which then sparked a big debate and outrage however, Lightning’s sudden growth is tastefully done. It is not, in any way poorly made and you will likely not even notice the difference between Final Fantasy XIII and Lightning Returns. In addition to some of the best model animations that I have seen, the sheer number of gorgeously rendered and unique outfits is simply stunning. 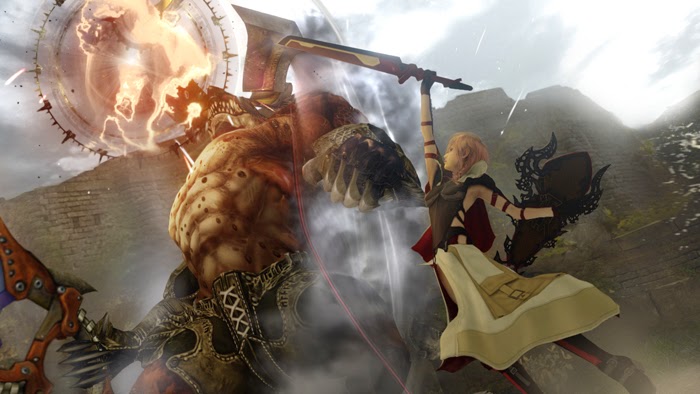 On the subject of outfits, Square Enix did away with the traditional armor sets and instead sets abilities to different outfits that you can customize. Frankly I spent hours upon hours going through and putting together the perfect combinations, then even longer still actually defining the coloring for the individual parts of each outfit. Square Enix could likely reduce a game simply titled Lightning’s Final Fantasy Closet Simulator and it would sell like hotcakes, so fun is this portion of the game. Shading and lighting do such a spectacular job of depicting a dying world. The oppressive colors and atmosphere is compounded by a stellar soundtrack.

True to form, Lightning Returns: Final Fantasy XIII contains the same stellar music that the series has been known for. While series favorite, Uematsu Nobuo was not the composer Hamauzu Masashi, a long-time employee of Square Enix, faithfully composed the music for the game and did a spectacular job of it. The rich overtures, swanky Jazz-like beats, and phenomenal scores all sound new and exciting while still having that old and comfortable feeling. When you hear the music you just know that you are in for an aural treat.

The voice acting is phenomenal, as Ali Hillis is incredible and I would be completely happy listening to her talk all day long (part of the reason I have a pretty big video game crush on both Lightning and Dr. Liara T’Soni of Mass Effect). The spectacular soundtrack added to amazing voice acting and stellar ambient environmental audio, the mood is set so well that even thinking back to different scenes, I am able to clearly remember the audio and in some cases I get a swift kick right in the feels. The audio is amazing. Simply amazing. 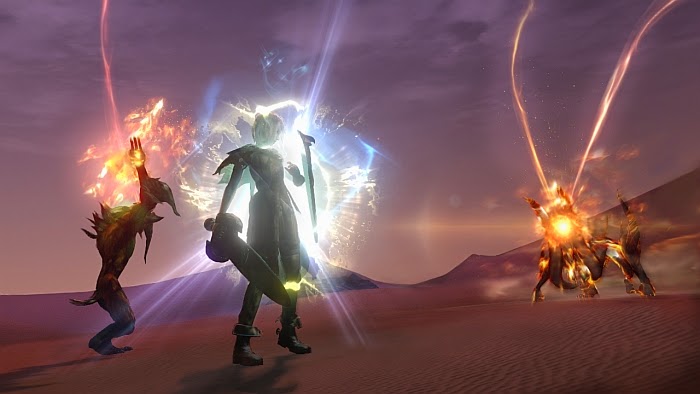 It is only natural for a Final Fantasy game to have side quests and grinding along with ultimate weapons and Lightning Returns is no different. While there is a clock that is ticking down (once that clock hits 00:00 left, it is game over. For the world.) which can occasionally cause one to stress out, certain questions will grant you not only a neat reward, but they will extend that time, thus pushing the end of the world farther back. The best feature, though, is still the outfits. It is how you set your paradigms and “level” Lightning. Square Enix has always changed things up and tested the boundaries, and this particular transition was an excellent one; I hope to see more in future releases.

With Square Enix releasing more titles, such as Final Fantasy XIV: A Realm Reborn and the recent
Tomb Raider reboot, I believe that the powerhouse developer we have all loved is back, and with LR: FFXII, they are back in a big way.