comments Share
You are reading
Road Not Taken – PS4 Review

This is one of those games that really had me all over the place as I played it. On the one hand, the simple but pleasant presentation and yearly progression of the main character drew me in, as did the variety of interesting puzzles in this roguelike title. In the end however, I found its depth to be somewhat lacking, with a world that proved a little more shallow and far less interesting to me than I had initially hoped. In the end we wind up with a game that has its heart in the right place, but at the same time it seems to be suffering from a bit of an identity crisis. 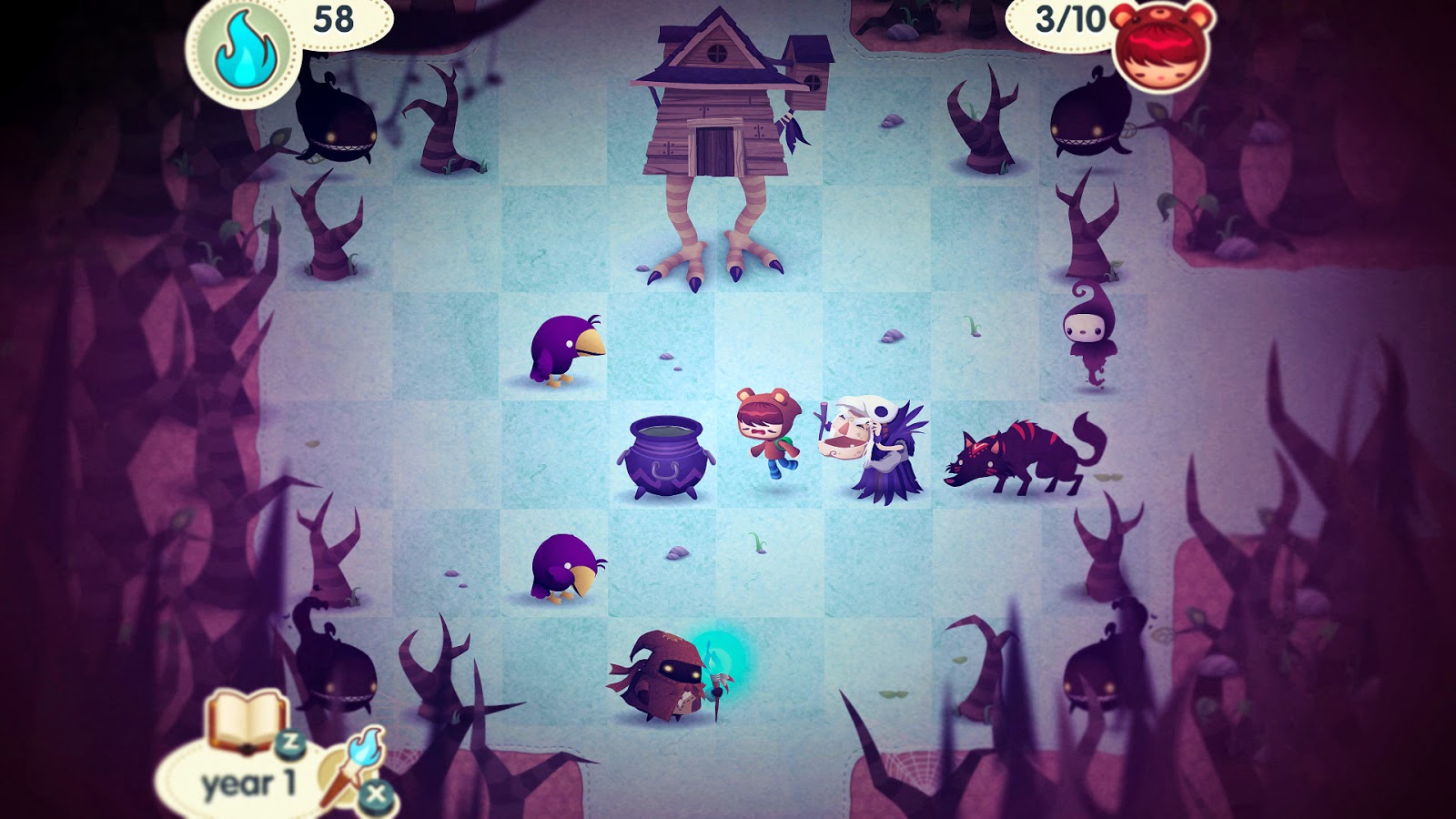 Road Not Taken deserves a lot of credit here, because it is a unique experience that is willing to take some chances. At its heart, this is a roguelike with puzzle and very light action elements. Your nameless ranger comes upon a small village that has befallen incredibly difficult times and a deadly winter. Children have made their way into the nearby wilderness, and need to be returned to their parents.

Things start simply enough, as the game holds your hand through the basics of movement, picking things up and throwing them. This last item is especially important, because your life or stamina decreases when carrying objects around (but not throwing them), encouraging you to toss before walking. Additionally there are a variety of creatures inhabiting these woods. Many of them are completely harmless (unless you actively do something to upset them) while others are aggressive on sight.

However, rooms are connected in an almost The Legend of Zelda way, with an overhead view to rooms that are connected via small passages. These passages however, are usually locked unless you complete the requirement. This requirement usually means lumping several of the same item together on the screen. Connect three trees, and the east exit opens. However, what if you only have two trees in said room? Then backtrack and look for that third – but toss it as much as possible, because carrying it will quickly deplete your stamina. 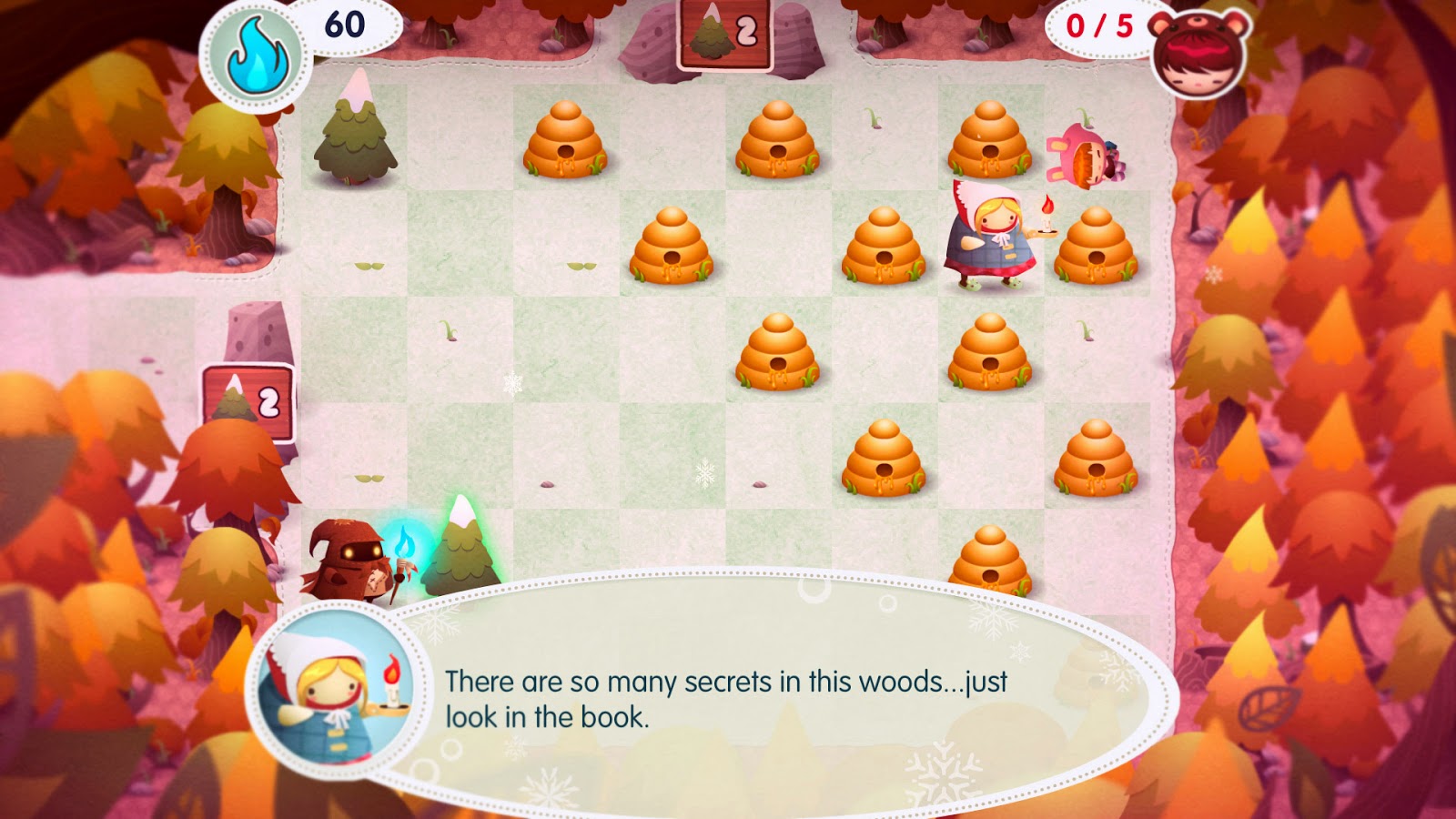 Many of the other items in the game interact with one another as well. For example, throwing an axe at a tree turns the tree into a log. Toss one log into a second, and it creates a fire. Rooms with a fire drain less stamina from you when you pick up and carry things, plus you can toss some animals into the fire to create stamina restoring food. The resource management is clever, and the puzzles certainly require a good deal of thought since some elements on the screen are static, while others move about of their own will. Find a child and either toss him or her adjacent to an adult on the screen, or get them back to the starting screen for that level, and you have saved them. Doing so earns you favor from the village and serves as your primary objective.

Complete the run, and your ranger advances a year. While out and about, you can gather supplies and earn gold and more items along the way. You can then interact with villagers, giving them some of your rewards to earn their favor, and eventually improving their affection to you. One career can span a maximum of fifteen years – which is no easy task. Aside from the basic control tutorial at the beginning, Road Not Taken largely gets out of the way and lets you explore and learn for yourself, which is actually quite fitting for a game like this.

However, this being a roguelike, there is to the game’s design than randomly generated levels. Doing the wrong things can quickly cause your stamina to deplete, and once it does, you lose. Once you have lost – that is it. One life, and your career ends. You can start a new game, and the only thing that carries over for your new ranger is that any of the secrets learned along the way (like two logs creates a fire) get added to your book of secrets. Otherwise affection, stamina and earned charms all return to default levels and the adventure starts over again. 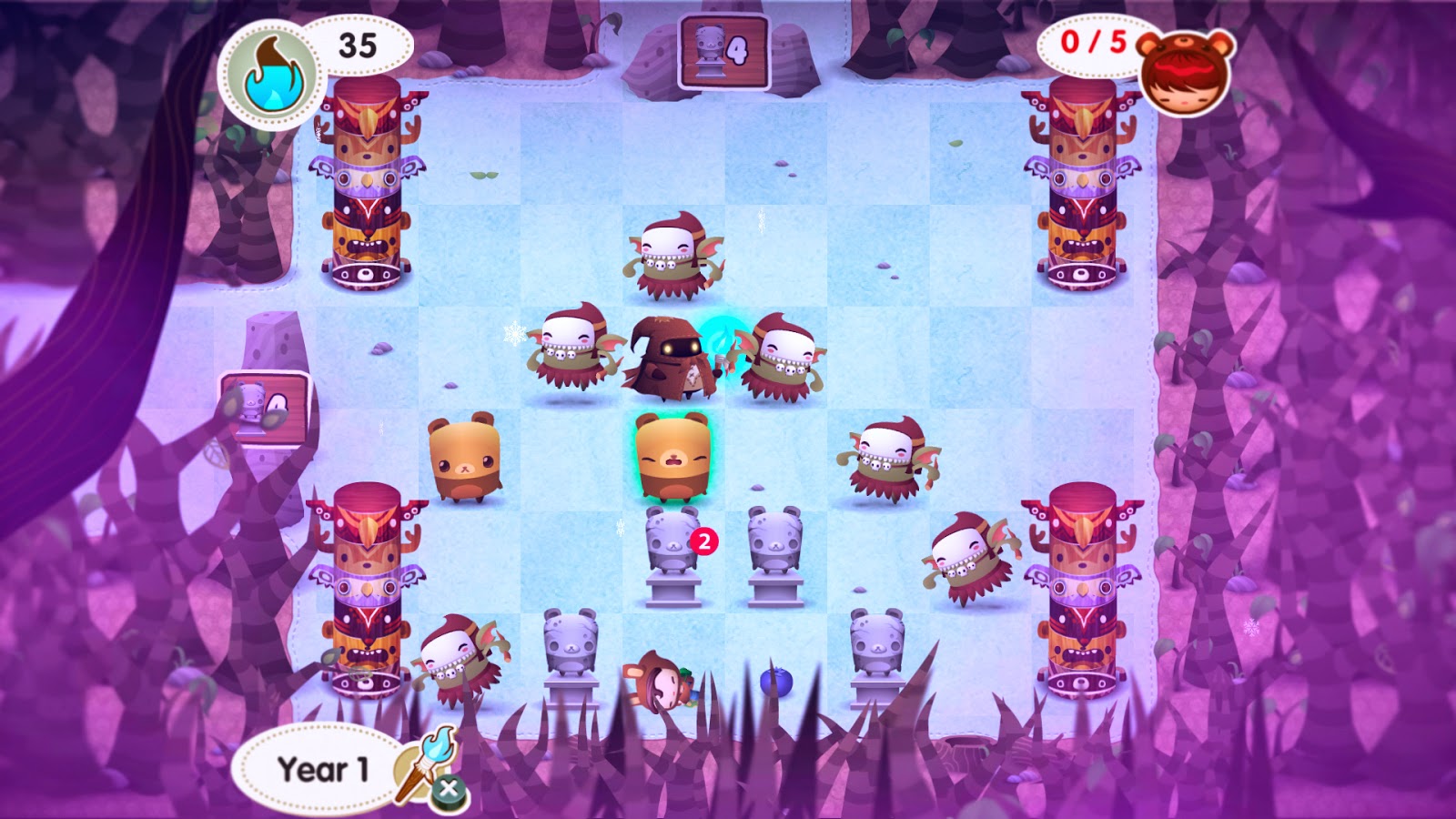 This initially is quite a bit of fun, as the sense of discovery makes me willing to explore and take lots of chances, because the payoff is almost always interesting. The real problem comes in later levels, or having run through the game several times, you realize that there is less and less to explore and learn, and the rewards for taking chances diminish greatly. With the penalty of death being such a severe thing, with all of my progress lost, I found myself not taking any more chances and doing the bare minimum to get past each level. That is a shame, because at times Road Not Taken feels like it really wants you to explore and experiment, but considering how quickly your life can diminish, it just is not practical to do so.

Also, the nature of the puzzles initially feels incredibly smart, but in subsequent playthroughs I began to feel some annoyance for the randomly structured puzzles and the repetitious nature of the gameplay. What had been fun the first several times felt more like a slog around my fifth or sixth ranger, and I eventually lost all interest in the cutesy world around me and just wanted to get through my career. Worse yet was that after a couple of days playing Road Not Taken, I lost interest in even doing that. The replay value should feel higher, with the randomly generated puzzles as a means of coming up with fresh challenges, but in the end it began to simply feel like ‘more of the same’.

Road Not Taken has some interesting ideas, but the end presentation just does not mesh well for my tastes when it is all said and done. While I enjoyed my time with the game initially, that fun proved short-lived and the end result was a title I grew both bored and somewhat annoyed before long. This mixed with cute if somewhat lackluster visuals and a minimalist story that really failed to hook me, Road Not Taken did not have what it takes to bring me back again and again. The potential is there, it just is not fully realized and it winds up an okay, but flawed experience.