By nature, I am someone who tends to gravitate towards grind-heavy games. Dungeon crawlers and JRPGs generally appeal to me for this reason. As a result, roguelike is a genre that has a tendency to rub me the wrong way, with death negating all of the hard work I had put in. It is just one of those challenges that I might start off amused by, but the eventual lack of progression starts to feel a bit like time wasted.

Rogue Legacy finds a delicate balance between the hand holding so many newer games do today, without destroying my will to continue playing the way many roguelikes have a habit of doing. Described as a rogue-lite (not the first game to use this term, but arguably the most effective to date), Rogue Legacy manages to punish failure while rewarding success in a way that reminds me of titles from the Souls series, that have a knack for simply making you better at the game through repetition and understanding. 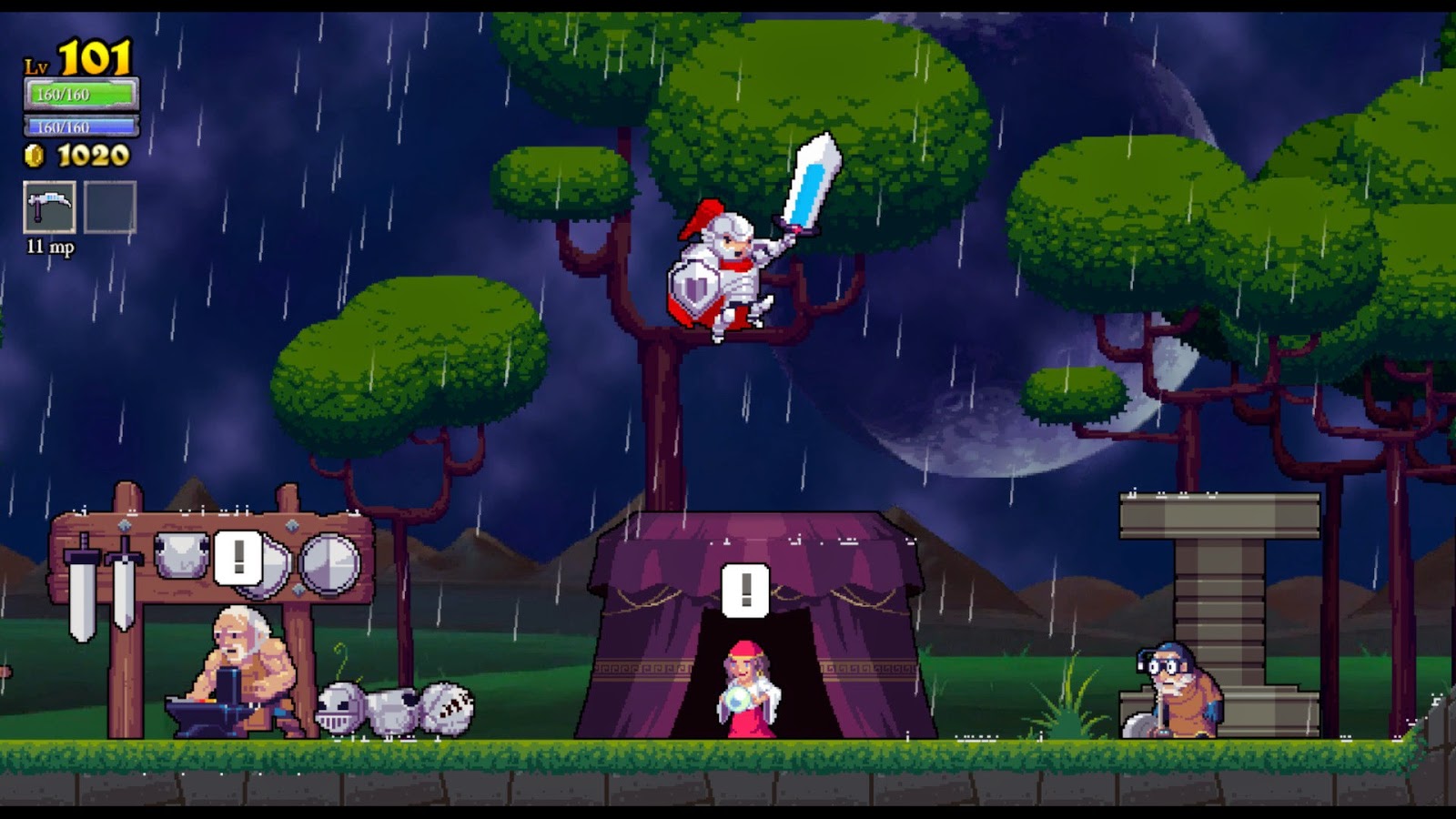 Things start off simply enough as your character darts around a training level, swinging his sword and jumping about He works his way forward, attacking and platforming and learning the basics you will need to survive. Well, survive for a little while at least. Then comes the actual game, and rest assured – you will die. You have minimal health, magic and no special items. You will jump, you will swing, you will use your magic attack and you will die.

The visuals draw on the ever-popular ‘retro feel’, but they absolutely work – with a handful of surprises along the way. The music is excellent and the sound effects serve their purpose, but the development team clearly had more fun with the graphics aspects of play than the audio side of things.

Whenever you die, you choose from one of three randomly processed heirs. These heirs get whatever gold you accumulated on your prior run, and are a random mix of gender, class, magic attack and traits. The traits are hilarious and the team really outdid themselves with some of these. Some of the traits appear to be mostly cosmetic, while others have an actual impact on the gameplay. Your character might be huge or small for example – allowing them to be hit easier but also to have a longer reach for striking (or if you suffer from dwarfism, the exact opposite). Others might be clumsy and automatically break furniture you come into contact with (which is something you normally need to swing your sword to accomplish). Others are just incapable of using their magic attacks. 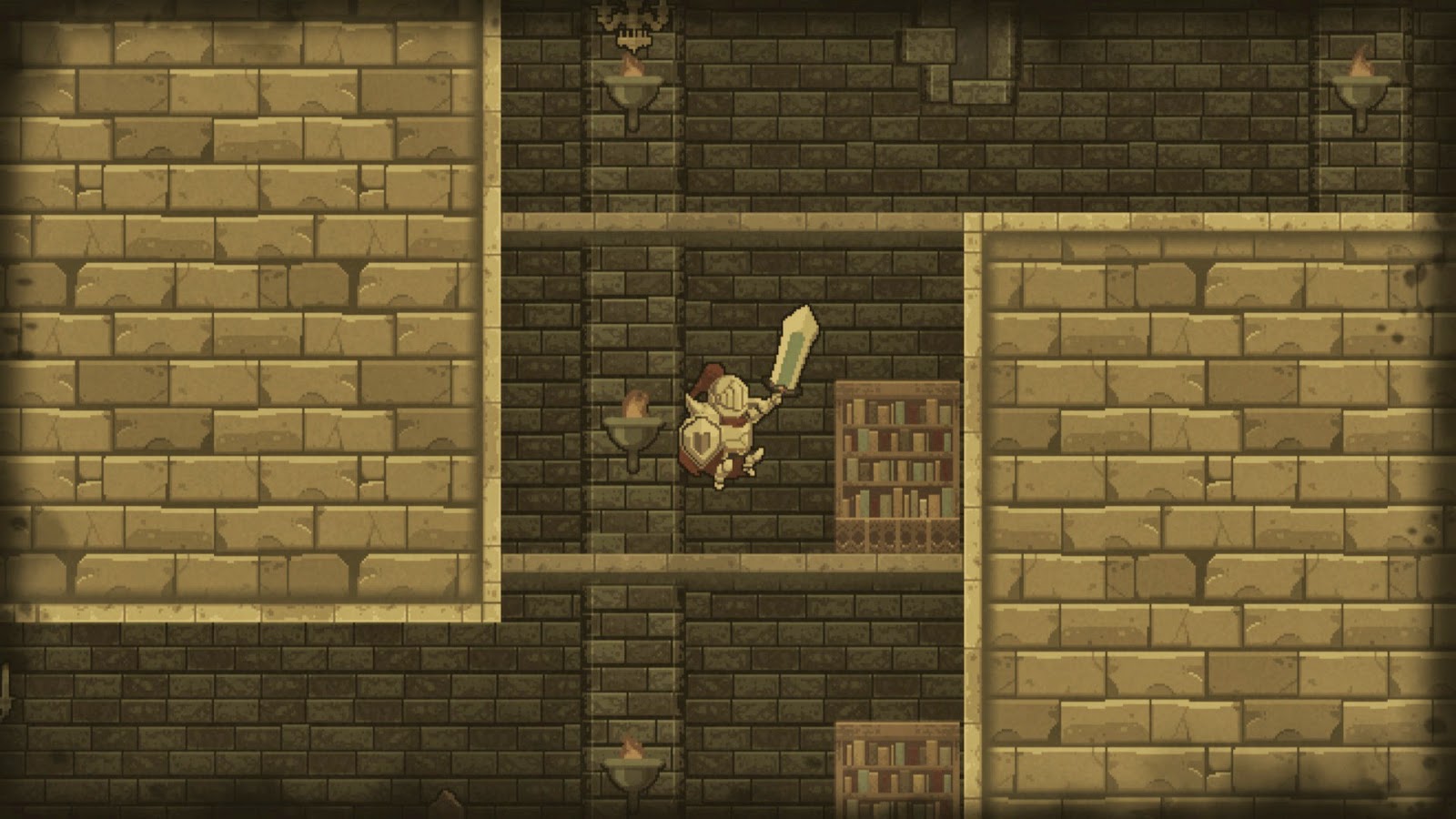 The list goes on and on, but the most amusing are the visual traits. Whenever you enter the castle anew, you are shown a very brief load screen that says ‘Building’ – unless your trait is baldness, then it is ‘Balding’. Other traits are farsightedness – which means everything close to your hero is blurry and out of focus. Others dim the screen, or present the game in monochrome or give it a Matrix-style appearance. The list is varied and often hilarious. I often found myself in the early stages taking classes I did not care for as much, simply because I liked seeing what a new trait did if I saw it pop onto a potential heir.

The castles are procedurally generated each time you reenter – and you will find yourself reentering quite a bit. Here is what makes Rogue Legacy so devilishly challenging (aside from the plethora of traps and enemies, of which there are many) – but progression occurs through the spending of gold. Seems easy enough since your heir gets your gold earned from the run before. However, you need the heir to spend what he or she has at that point, because reentering the castle strips you of your remaining gold. It is a frustrating feeling to realize you are 10 gold short of the cheapest level up or piece of gear, but that’s life in Rogue Legacy. You just have to knuckle down and do it again – only better the next time.

There are plenty of ways to spend that goal, however. There is your castle, which allows you to unlock or upgrade various rooms. This is essentially just a skill tree, but youc an open up new classes, improve things like your critical damage or your life and mana maximums. You can also find blueprints to new runes and gear while in the castle, and once you have, you can pay to have that blueprint put to use. This allows you to further equip your character, and these upgrades carry over from one generation to the next. 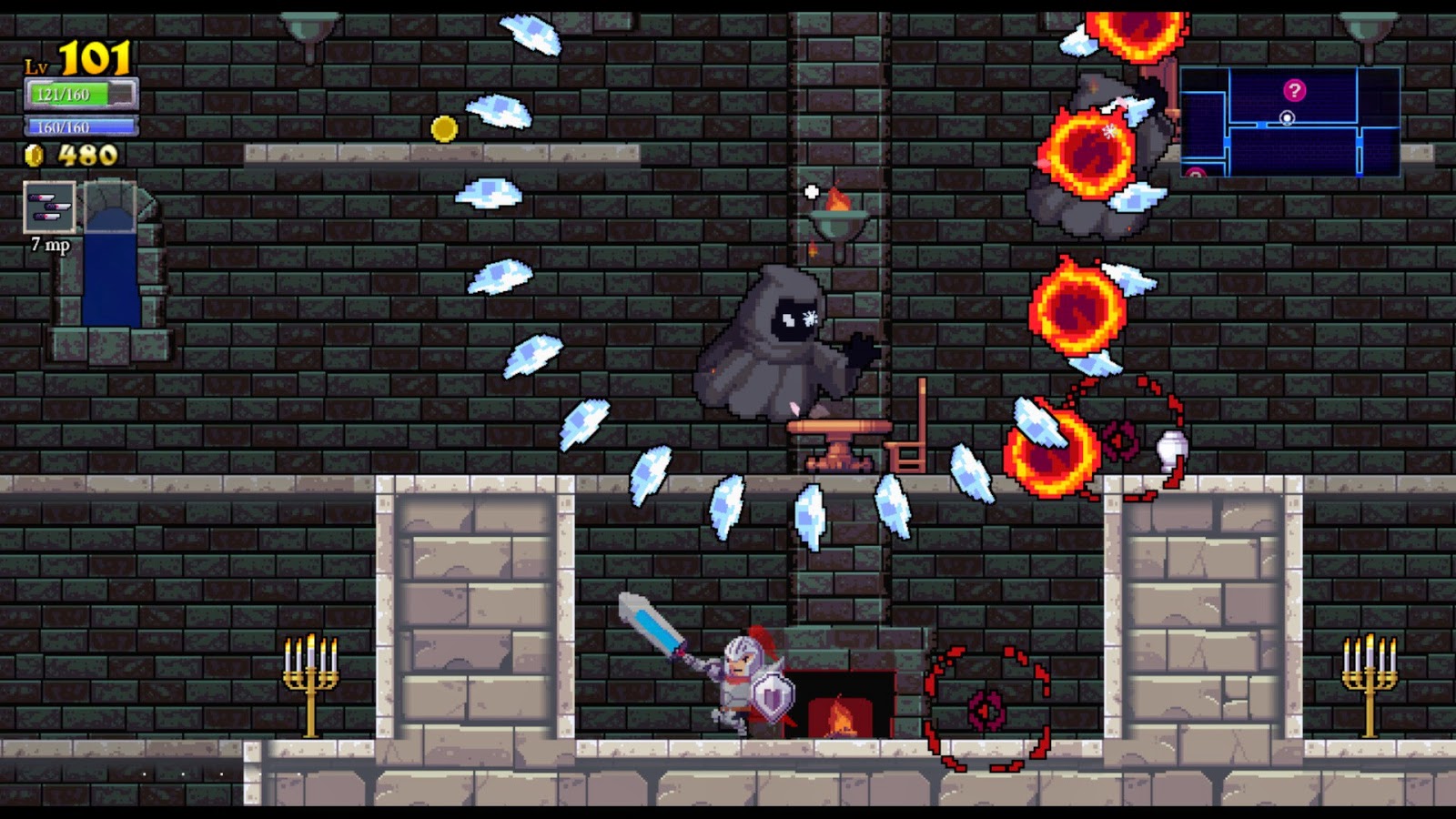 The actual gameplay is just classic platforming and action goodness and it feels just about perfect. Everything handles crisply and certainly there is so much going on and so many ways to die that it can be a bit overwhelming at times, but the rooms seldom ever feel unfair. I missed that jump. I missed that swing. I ran into that enemy. I never felt like I lacked the ability to jump right, or could not descend the room of spikes because of imprecise controls. I just got impaled because I was not good enough – this time.

There are all kinds of other wrinkles thrown into this game, which plays like a love letter to people who enjoy classic games and challenges – but want enough progressive hooks to feel like your time and effort is not being lost as well. Having been out for a while now on PC, it is great seeing Rogue Legacy make the transition to PlayStation Network. I spent the majority of my time with it on PlayStation 4, and it rolled along beautifully. The visuals were crisp, load times were brief and the experience – while challenging – was also very rewarding.