I enjoyed the last Sniper title well enough. It was not my favorite shooter, not because of the tactical, slower paced gameplay, but because it was somewhat restricted in scope. With this being one of my primary concerns about Sniper Elite V2, it was nice to see that addressed in this latest iteration of the game, Sniper Elite 3. 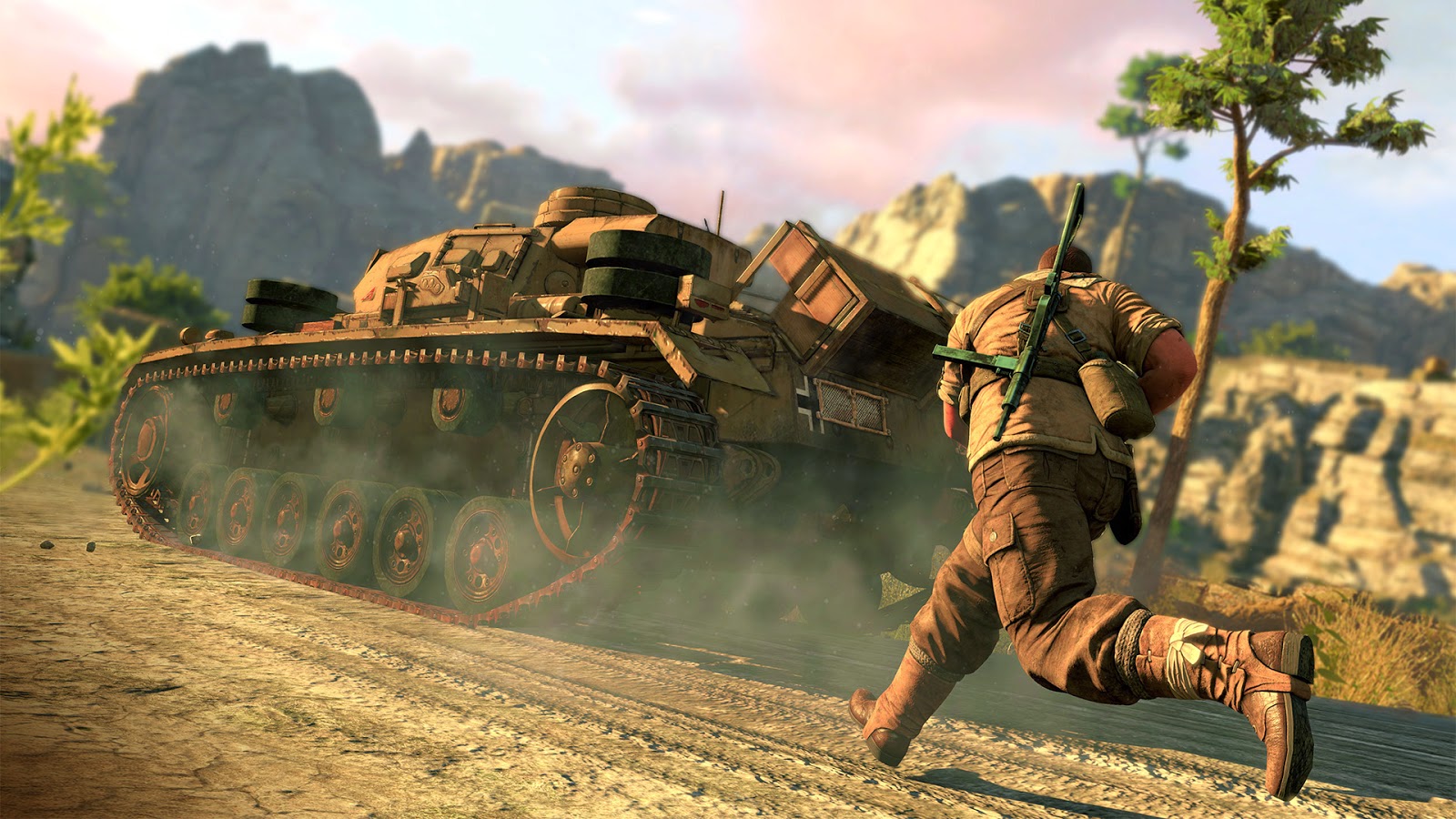 The gameplay is practically identical to Sniper Elite V2, so if you’re able to remember that, you already know how the basics of stealth and shooting works. For starters, you are obviously a Sniper. So your main weapon of choice is a high-caliber rifle with a scope affixed to it (Read: Sniper Rifle). You are also equipped with an automatic weapon, as well as a sidearm.

For the story you are assigned with certain tasks that usually consist of killing someone, but they are really nice, putting in things such as timing your shot with the noise of a cannon or some such, or, the beginning mission was pretty much a close quarters stealth mission, with take-downs and using your Welrod a lot. For the most part it is fun, although I did spend most of my time on the multiplayer aspect to what was different there from the last game in the series.. It is fairly the same, with new maps obviously, but they do seem to be a bit lacking in some of the interesting angles I became accustomed to before. Just something felt missing, though I struggle to put my finger on it outside of how bullet damage feels a bit ‘off’.

You see, in the story enemies would usually die from single or double shot of the rifle, in areas such as the chest. However, I’ve noticed that in multiplayer, this is not the case. I have had many instances where I managed to sneak behind areas where the enemy is setting up shop, and then taken a shot that slightly misses their head and thus hits them in the back, but the opponent did not die. In this case, I take another shot, hoping to kill them before they retaliate, and most time it still does not drop the enemy. I would expect this from the pistol or submachine guns, but with the rifle? There have been instances where even 3 overall shots proved incapable of dropping my enemy. This seems like too much given the nature of the weapon. 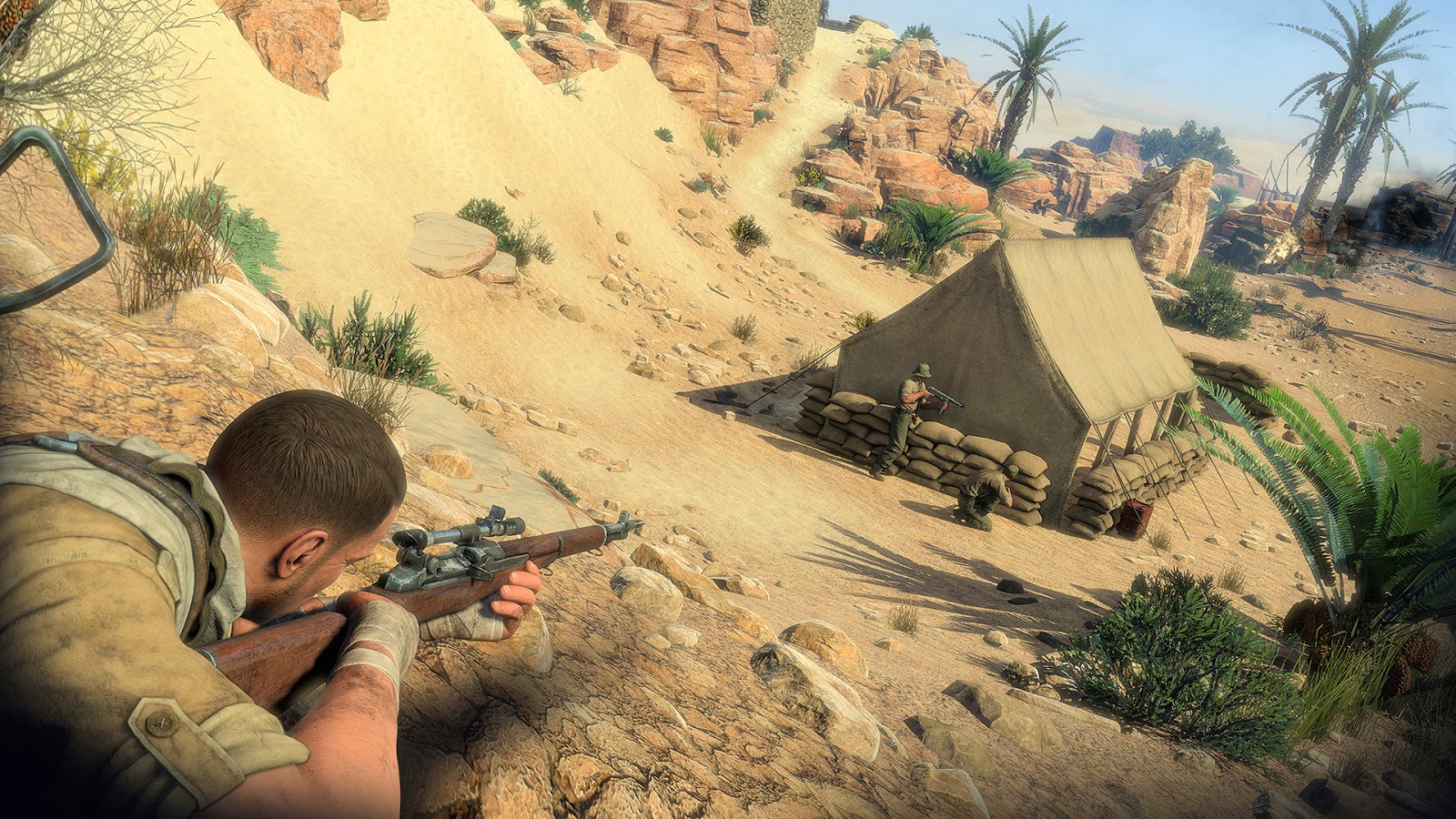 Now this would not be a big deal if it were not for the fact that you can’t easily use the SMG in somewhat close quarters because of the extreme recoil. This essentially makes it a no-hit weapon except at point blank range. In Sniper V2, if I had fallen on a desperate situation, I could use my rifle at close range and fire a hit into the chest of an opponent. This worked perfectly because of the way that the rifle’s irons are handled and the awkwardness of aiming with it, this was usually where you would swap to your SMG. In Sniper Elite 3 things are not so fluid. I just fail to understand why the SMG is so difficult to use. It is almost as if its difficulty made the developers Nerf the power of the rifle on anything but a perfect head shot. The name of the game is long range combat (literally), but you have to have a reliable close range counterpart available and here things fall a bit flat.

There is also a weird difference between the bullet drops from this game and V2, where this one is slightly less forgiving about it. Maybe if you are new to the series it will not be so bad but the adjustment for a veteran player such as myself definitely gets taken by surprise while adjusting to how it is handled here. Another small complaint is that the default reticule is slightly annoying to get used to right compared to the nice marks on thin crosshairs that most scopes use. It may seem like I am picking on the game a lot, but I really just wanted to voice a few of my early concerns. The good news is this is really the worst of it, and that overall the gameplay is quite nice – with a realistic sense of gameplay in the single player campaign. The use of cover is excellent and though the enemies could have been a little bit (okay, a lot) more intelligent, the open world gameplay is a great adjustment for the series. It allows you to approach missions and enemies from a much wider array of options and the payoff is a much more entertaining experience.

The sounds are really quite amazing. There is not a whole lot of background music – certainly little to nothing that stood out as memorable to me, but it would be more of a hindrance anyways so its lack of presence is hardly bothersome. The actual audio design for the environmental effects is not only excellent, but incredibly useful and is actually an important part of the gameplay. Because of the more open level design of Sniper Elite 3, there is a mini-map. This is a departure from Sniper Elite V2, where the only indicator of enemy location is sight and sound. That is not to say it completely replaces the need to pay attention to your environment’s sounds since many times they prove more accurate than the map and will help alert you to potential enemies nearby. The guns sound nice and realistic, with a satisfying kick. 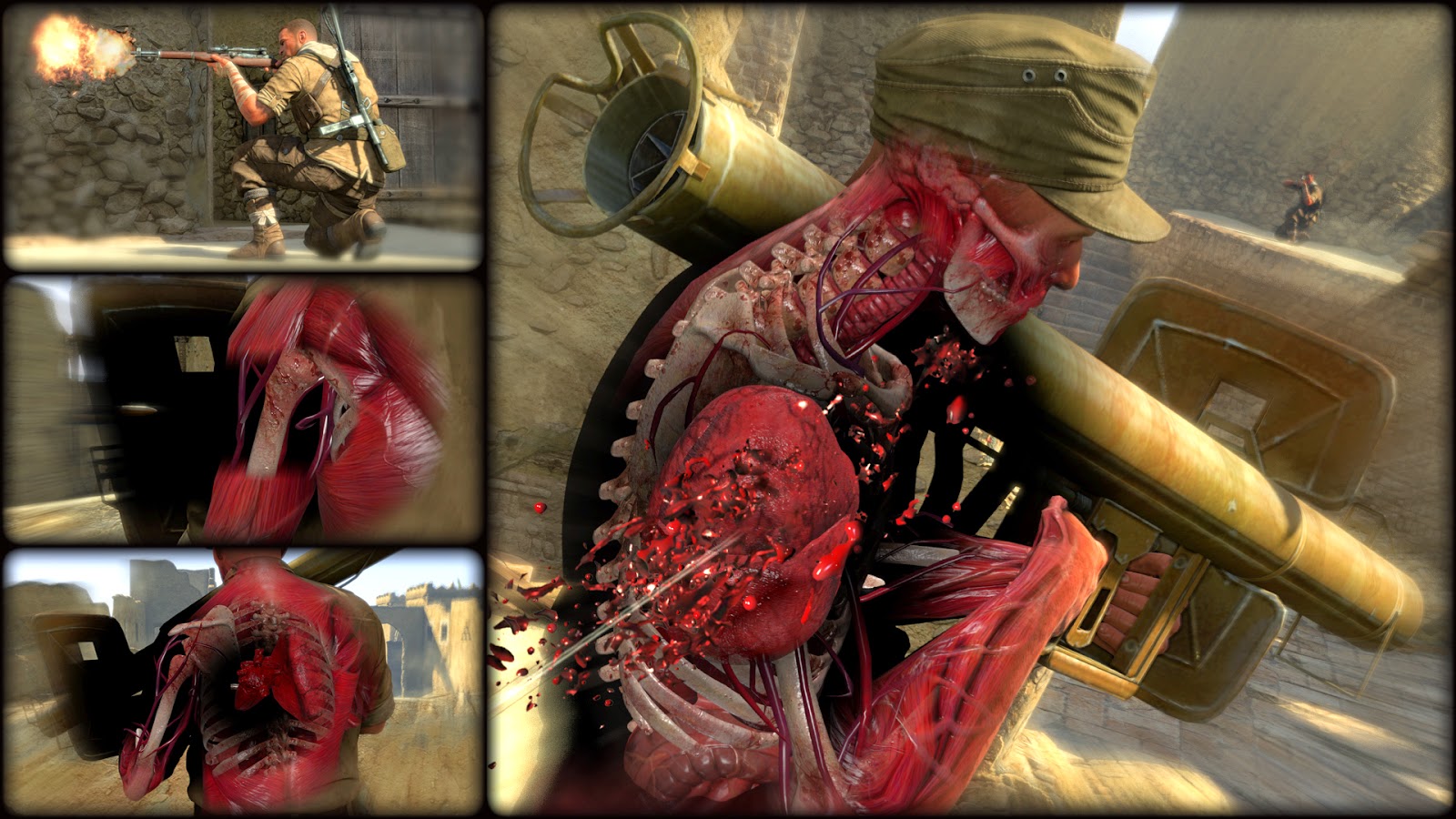 The visuals are absolutely amazing. It is very lifelike, and as long as you can play with your settings on max, Sniper Elite 3 looks just plain gorgeous. I love all the little details as well, such as the wrinkles in clothing that actually shift in size and shape on movement. This may sound small, but it is something I have wanted in games forever, to be honest. There are also just a lot of nice little additions in the environment itself that pulls the look together, such as the pleasant blooms and outstanding use of lighting. I recall in the first mission where you’re walking up a hill and you have the sun glaring down you, and it adds the light rays that actually get blocked by the other things in the environment. Nothing short of stunning really.

Overall Sniper Elite 3 is a fun game with a few multiplayer warts and a short single player campaign, but excellent production values and an improvement to the level design make the already sharp, unique shooting mechanics come together in a satisfying package.