comments Share
You are reading
So Many Me – PC Review

TagsExtend Studio, ORiGO GAMES, PC Review, So Many Me

Wow, did this one surprise me. The graphics are so saturated with bright, vivid colors that one might mistake it for a simple game aimed at small kids. The blob-like, tiny-legged protagonist is as witty as this game is challenging. So Many Me combines creative puzzles with sharp platforming to create a unique, memorable title that should not be overlooked. 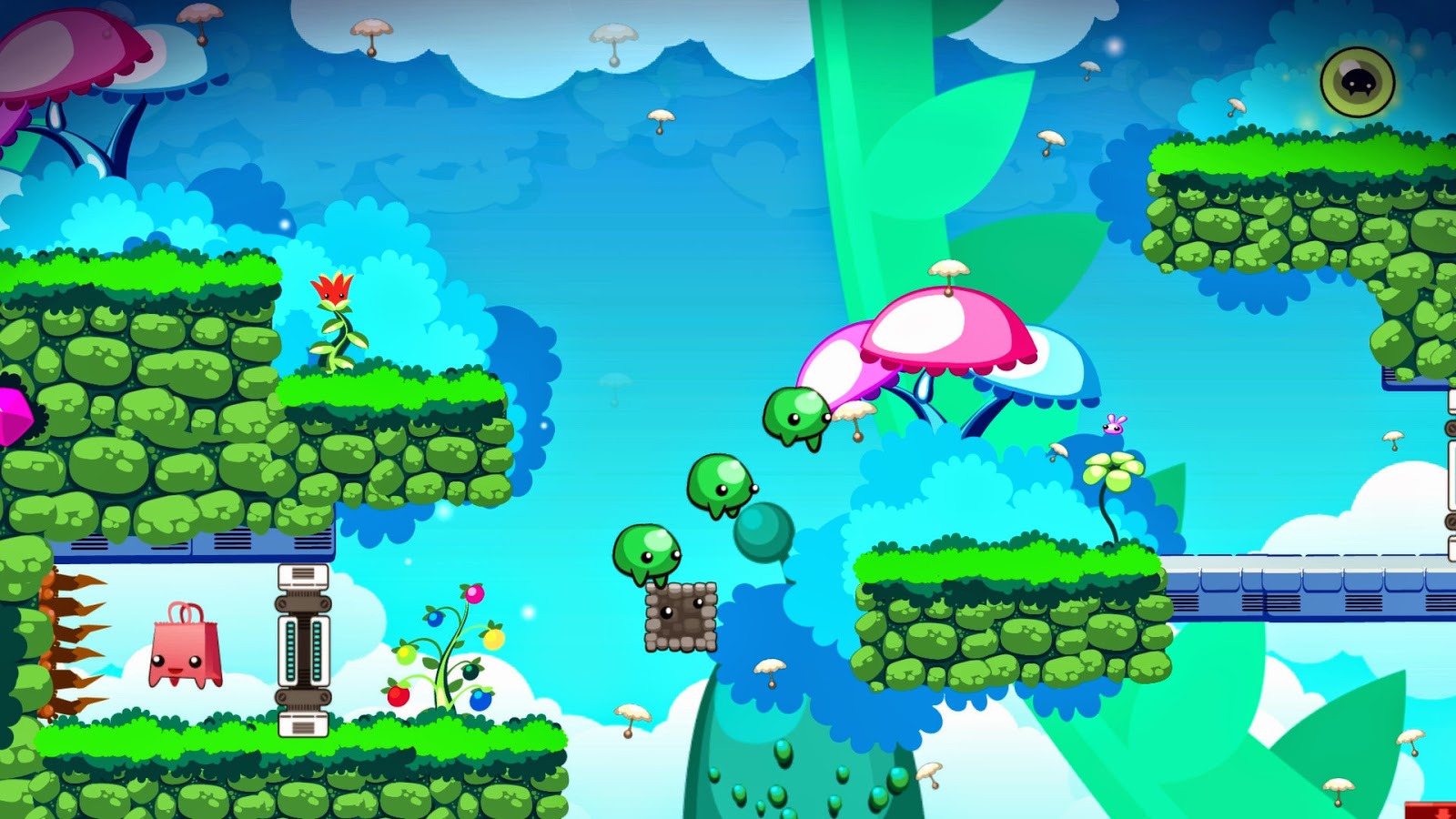 Things start off simply enough, with some basic jumps and surprisingly charming written dialogue. Our main protagonist is a witty little fellow, and the interactions between him and his… other selves are downright charming. While our main hero, Filo, is amusing enough, his various “ME”s are also quite amusing, as they are forced to move along with Filo, imitating his every move.

This creates a caterpillar-like effect as the different ME characters follow him around. Before long however, these different forms of Filo quickly prove their worth as they are used to solve puzzles in the game and continue forward. The first stage shows its creativity immediately, as the clones can turn into blocks. These are used in a variety of ways: weighing down switches, creating mid-air platforms to reach higher locations and to block rocket fire to name a few. The more clones you have, the more intricately they can be used to solve more difficult puzzles.

Like any good platformer, there are also some harder to acquire items that sometimes take a bit of extra creativity to acquire. Among these are hats which… actually provide no gameplay advantage whatsoever, but it can make the already incredibly cute characters just that much more charming and unique. Finding additional artifacts or hidden levels just add to the old school feeling of platforming and exploration. 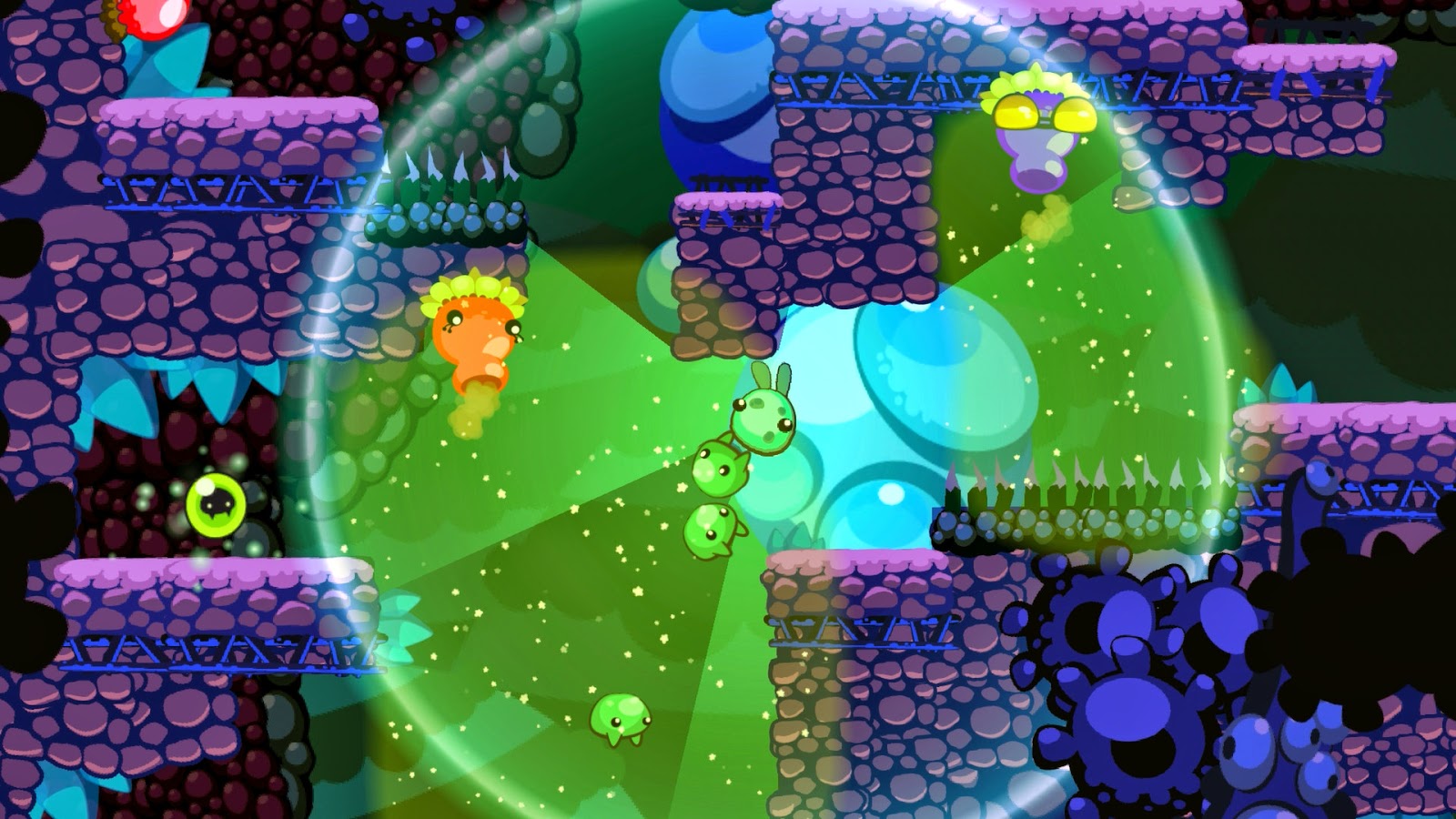 There are boss fights as well, but I could have taken or left them I suppose. they did add some nice variety to the gameplay, but they almost felt unnecessary as they often slowed the overall pace of the game down. The bright, colorful visuals almost immediately reminded me of older platforming titles like Super Mario Bros or Sonic the Hedgehog, but there is a much more thoughtful pacing at play here because of the puzzle-solving aspect.

This is all topped off with incredibly sharp, polished level design. Generally speaking, you can help Filo just rush through a level and continue, but if you are like me and enjoy picking up everything you can along the way, then the game does an excellent job of flexing its puzzle mechanics. An early example from the game involves a trick where Filo and his clones can come together and form Voltron. Okay, not actually Voltron, but you get the idea as they become an oversized dinosaur that has a tail attack (instead of only jumping on top of an enemy’s head to kill them – another platforming staple), but more importantly, said larger creature is also heavier. 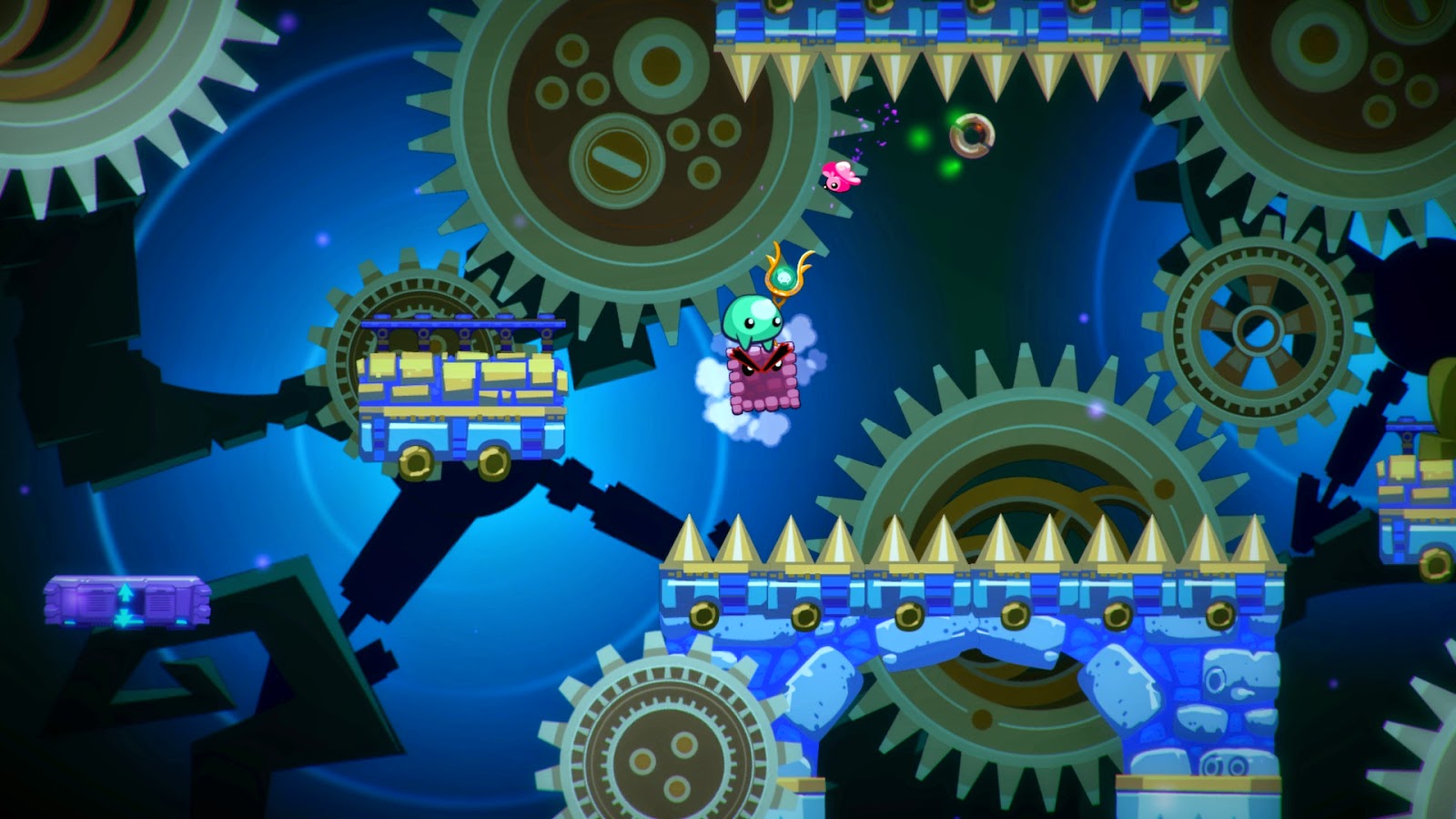 Walking across the floor, blocks beneath my feet began to wiggle when I jumped, but I could not seem to impact them hard enough to break them. I could see however, that there was an opening overhead. With some careful jumping and planning, I managed to get my dinosaur’s big butt up to a higher position and then jumped down that chasm. Sure enough, he hit the blocks with greater momentum and blew them away and gained access to the artifact I sought. It is simple, but creative and very well thought out – and that is a common theme throughout the game.

It seems like new puzzle and platforming games are coming along very regularly lately from indie developers, but So Many Me is one of the best games in the genre to come along in quite some time – indie or otherwise. Definitely worth playing.