Admittedly, I stumbled onto Sunrider: First Arrival by complete accident. Simply put, I sent an email to the wrong address and, well, a happy accident happened. Instead of having contacted who it is that I was originally intending, I receive a reply from none other than the developer for Sunrider: First Arrival, an indie visual novel currently enjoying the “beta” stage after an extremely successful Kickstarter campaign (they were looking for $3,000 and raised $44,000!). 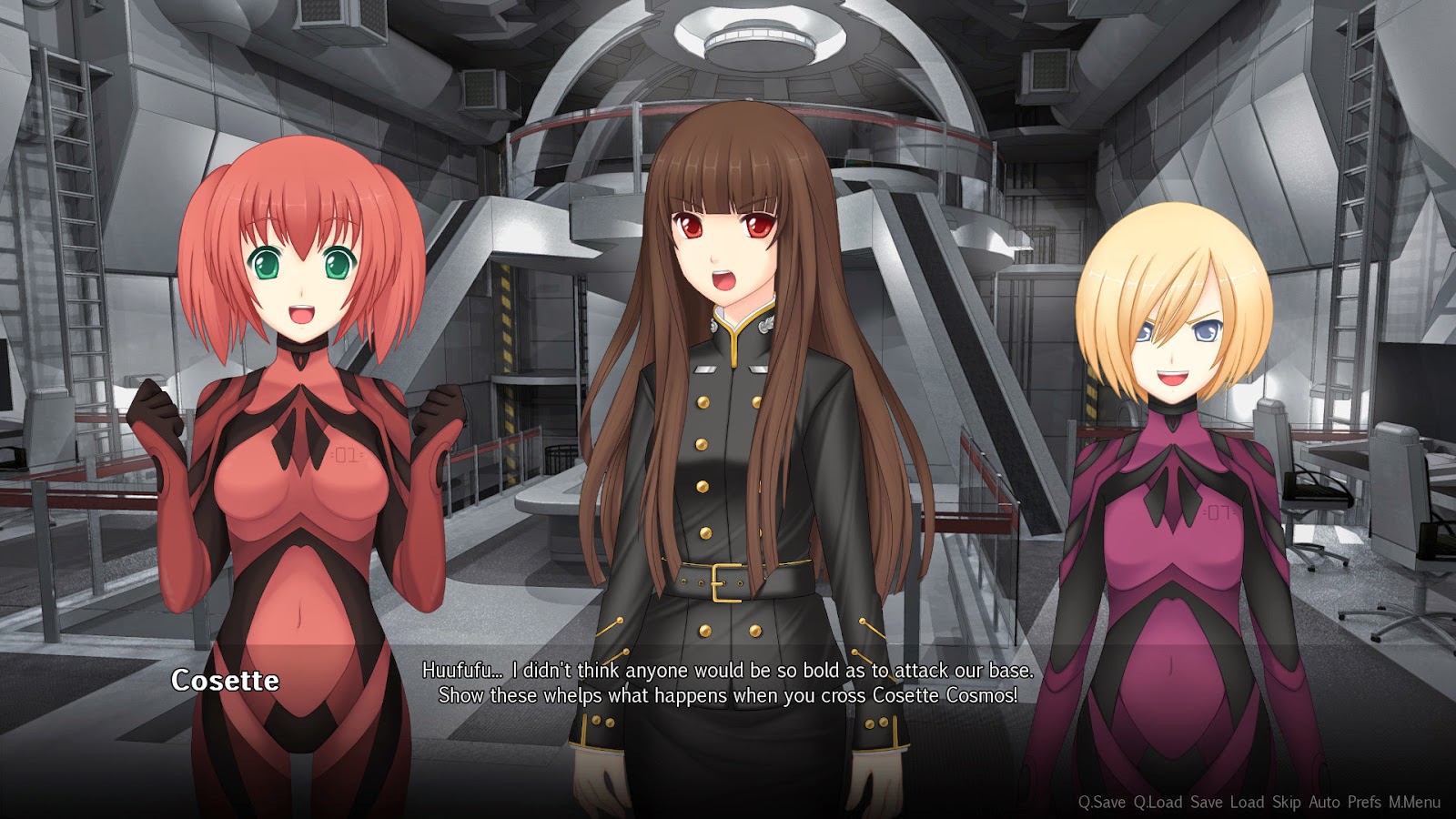 Needless to say my tomfoolery somehow landed me a spectacular visual
novel and the developers, Love in Space, have been awesome about the
whole mix-up. They could have easily ignored me or replied with some
poisonous remarks; instead they were kind, pointed me in the right
direction, then mentioned Sunrider: First Arrival to me. All I can say
is “Thank you” because this is a fantastic visual novel. Though, after
speaking with the folks at Love in Space, I’ll speak more about the
“beta” status a little later.

As with any other visual novel, there is not much that I can go into detail about, else it will spoil the fun, but I can say this … Sunrider: First Arrival is excellent. Go check it out right now, you can get it right here on Steam so I will wait a moment while you head over there.

Sunrider: First Arrival puts you in the shoes of Captain Kayto Shields, a new Captain thrown into the mix of war after his homeworld was destroyed, his nation conquered. Chosen to be the commanding officer aboard the revolutionary new Sunrider battle cruiser, follow Captain Shields as he embarks on a journey to recruit the best team of mecha pilots, protect his allies, and shapes the destinies of his loyal crew members. One of the most striking aspects in Sunrider is the sheer level of technical art throughout the entire novel. 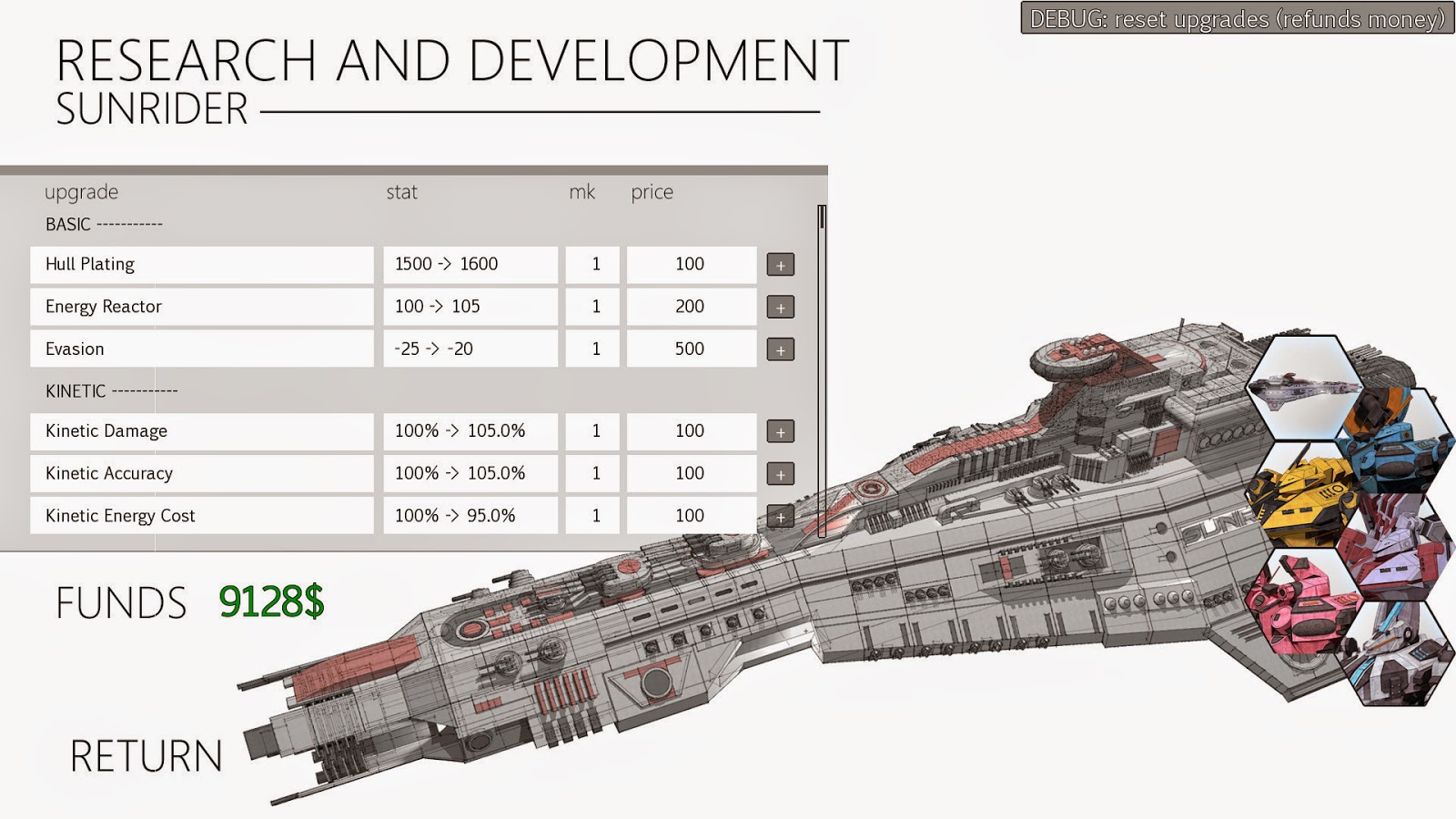 Moving throughout the Sunrider is a breeze as the in-ship navigation map looks no different than the drafting blueprints my dad would bring home with him when I was a kid. The level of detail, from the ship schematics to the character art to the background details, are truly top notch and of the highest professional quality. Typical anime-influenced visual novels will generally contain what we anime folk call ‘fan service’ however, Love in Space has not fallen into the trap of childish over-exaggerations of the female figure, and has kept the physical attributes to more realistic proportions. For that I have to say thank you, it is nice to see some restraint as well as respect in visual novels.

In line with the high quality art, the music that was composed for Sunrider is excellent. Striking overtures and intense tracks accurately depict the situations on board the Sunrider. The quality and depth of the music chosen for each individual scene would fit in with any triple-A blockbuster game or, better yet, in any triple-A blockbuster film. Honestly, just leaving the window open on some tracks and listening to the music as it loops, (which is hard to tell with some tracks because they are so well done) was a common affair for me. I cannot give enough props to whomever it is the composed the score for Sunrider: First Arrival. Well done, I say, well done…

I mentioned previously that I would elaborate a little on Sunrider’s beta status and after speaking with Sam, he graciously clarified how this wonderfully executed and stable visual novel with balanced combat and some of the best art that I have seen in the visual novel genre (I am a sucker for space-borne ships and mecha) was still in the “beta” stage. 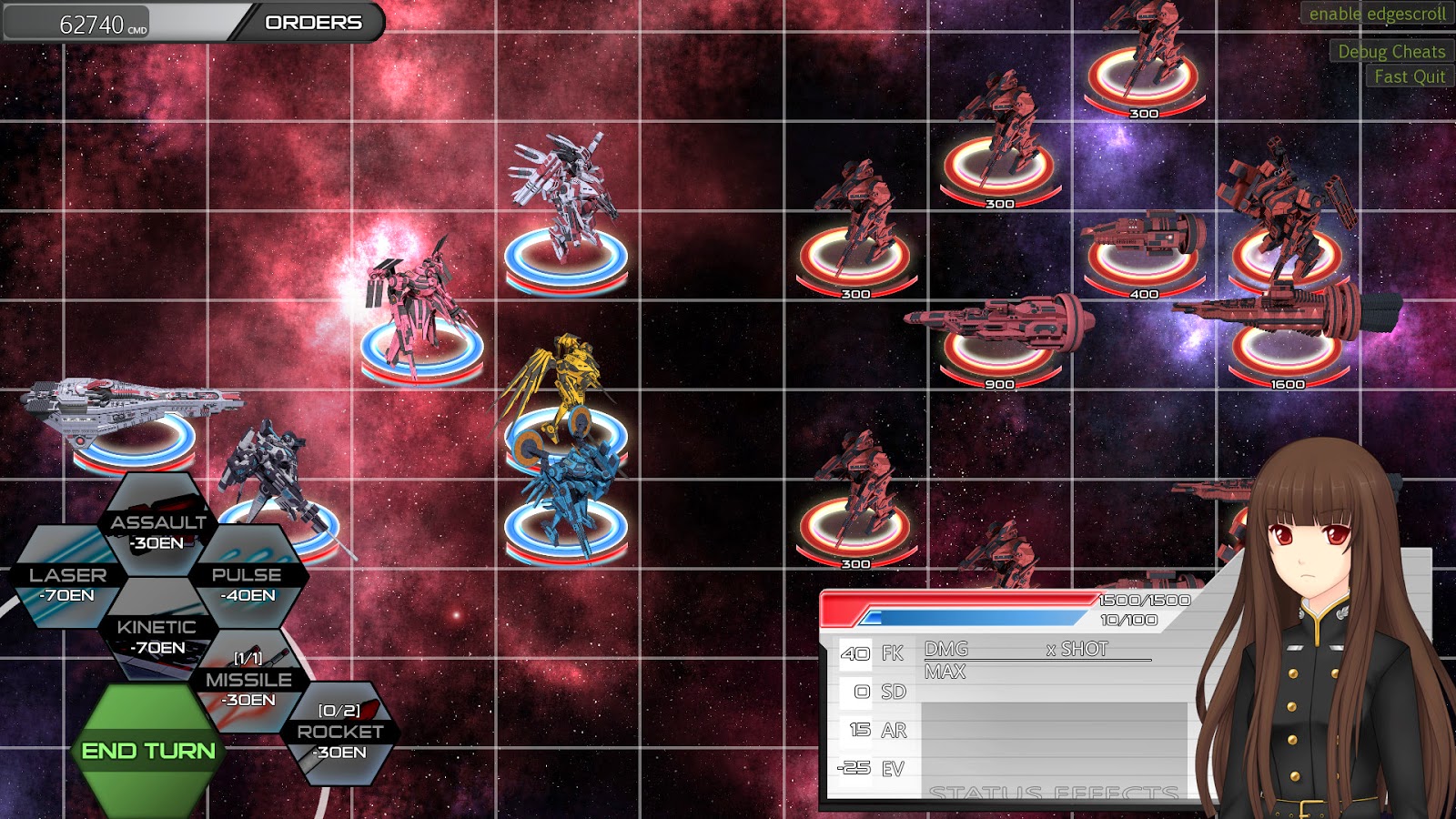 When I inquired as to whether it was still in beta or not (as the Windows Title Bar stated it was), Sam replied with the following response, “First Arrival happened to be the fourth monthly release for our backers, so to keep a consistent testing system, we also called this release “Beta 4.xx” for our testers.  This way, we can communicate with our testers in a systematic way to find which bugs exist on what monthly release.” So while the executable may read as a beta, Sunrider: First Arrival is very much a stable release so you should be in the process of downloading right here on Steam. From Sam’s responses it is clear that they take their backers’ responses to heart, and they find value in the feedback that is provided.