Tropico 5 did quite well critically and commercially, even as a console release. I suppose it should come as no surprise then, that it will now be releasing globally in November for the Xbox 360. 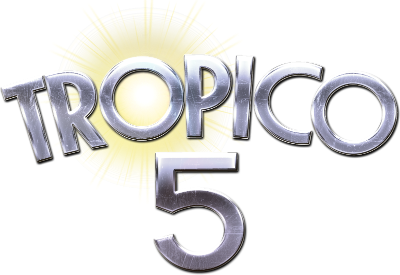 Citizens of Tropico rejoice! El Presidente has declared that November 2014 to be the global release month of Tropico 5 on Xbox 360! That’s right, the wait is almost over and fans of the highly acclaimed dictator sim Tropico 5 will be able to finally get their hands on the latest installment for their Xbox 360® video game and entertainment system from Microsoft. What’s more, as an added bonus and thank you from El Presidente, the console version will include the first DLC pack, ‘The Big Cheese’ for free! Don’t forget that the Limited Special Edition version is available to pre-order now and includes your very own Tropico Passport, a postcard from the beautiful island, the ‘Bayo del Olfato’ DLC (which includes a new costume and map) and the bonus DLC ‘The Big Cheese.’

You, as El Presidente, will first take control of the infamous island of Tropico during early colonial times and then guide it through the centuries as the world changes and moves ever forward. You must tackle the changing needs of your people, as well as opposing governments and factions, and thus lay the foundations for your own dynasty. As you move through your years in office you can promote members of your extended family on the island to positions of power: such as ambassador, commanding general or even Supreme Ruler, to ensure your legacy thrives through the eras.

As well as a wealth of other new features, including advanced trading mechanics, technology, scientific research trees and island exploration, Tropico 5 will add cooperative and competitive multiplayer for up to four players for the first time in the series’ history! Viva El Presidente!

The ‘Big Cheese’ DLC challenges players to create and promote an artisan cheese brand by introducing a new production chain with the Creamery: a new building that enables you to make the most of Tropico’s local goats and llamas. Face international competition in an epic quest to create the best cheese in the world and put on the chef’s hat! This add-on includes an all-new sandbox map and task, a standalone scenario, building, avatar accessory and music track!

Tropico 5 will be available for Xbox 360 globally in November, the PC version is available now via digital distribution and retail boxed versions.