A wireless headset can be a tricky thing. Hooking straight into a device is going to give you the best quality results in the end. Things like battery life, signal quality and the potential for interference are eliminated, allowing the headset to simply function without those potential hiccups. However, in some situations, a wireless headset simply solves a need. In my case, it is multiple devices hooked up at a television on the other side of a busy room where people are walking back and forth. A wired headset is impractical for this situation, so it was off to test the Afterglow Dolby 5.1 Surround Sound Wireless Headset which performed pretty admirably. 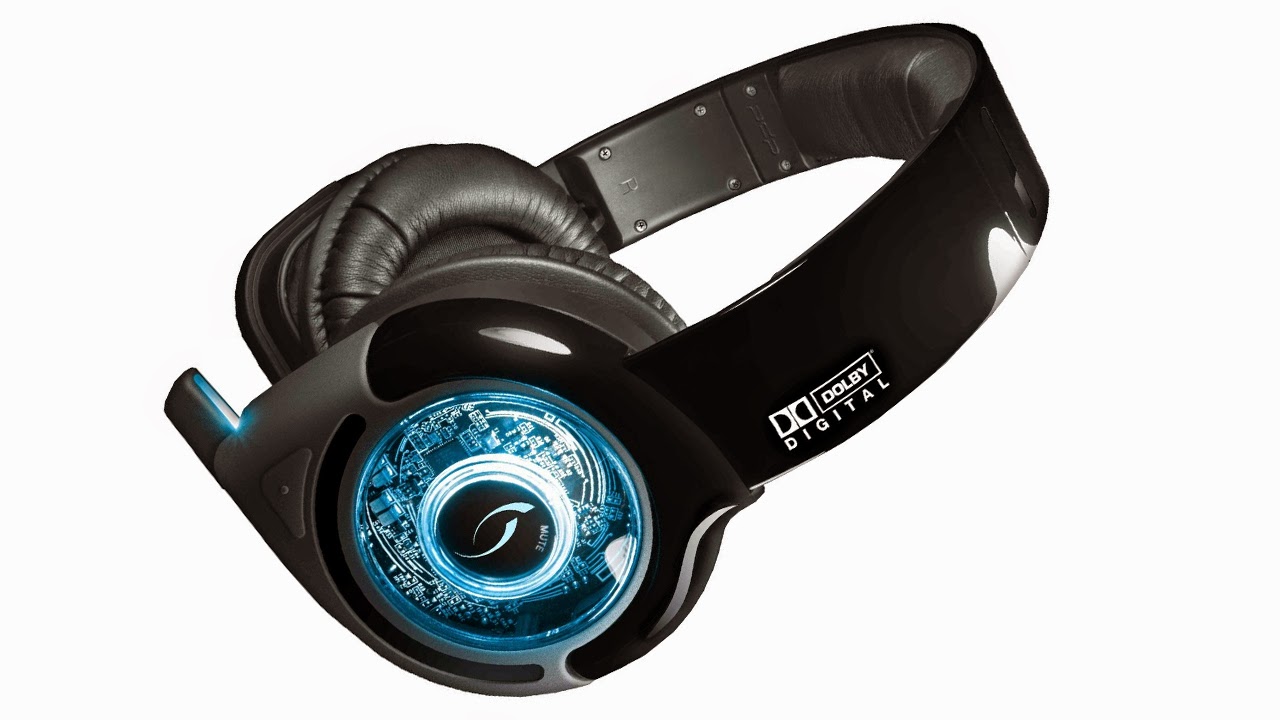 First and foremost when removing the Afterglow Dolby 5.1 Surround Sound Wireless Headset from its package, you notice that these are large, heavily padded headphones that come with a rather nice-looking stand. There are quite a few cables included, but this is a good thing in my mind. This particular headset can be used for chatting on the PlayStation 4 – my first high-end headset to support that console. This entertainment center also has a Wii, PlayStation 3 and an Xbox 360 hooked up to it.

Basic hookup is not very difficult, though the degree of difficulty on my setup was a little bit higher. Because neither this headset nor my soundbar supports any sort of audio pass through, I had to use a splitter to push my optical audio signal out from my television to both the soundbar and the stand on the Afterglow Dolby 5.1 Surround Sound Wireless Headset. The stand itself is attractive, with a rounded black base and a sort of swooped design for the bar coming up out of it. On the back you have connections for power and signal. There is an additional power port on there for connecting to the headphones to charge them (there is no connection built for charging between the stand and the headset like some other headsets). Like the headphones themselves, the stand glows when plugged in. There is also a 3.5mm connection for people wanting to hook this up to a computer or MP3 player.

The headset itself is equally bright and colorful. I am not always a fan of the illumination on the base and the headset, but that is a personal preference. My son loves the glow, but when I darken the room to play a game, I would prefer that the only light be coming from my television usually. The headset itself feels sturdy if just a bit heavy. I would prefer that to a lightweight design that feels like it might break if dropped or adjusted too many times. The cups fit over the ears and while they are not completely noise cancelling, they do a pretty solid job of keeping out the sound you do not want. Not only are the earpieces well padded, but the top of the headset is padded for making it more comfortable on your head. 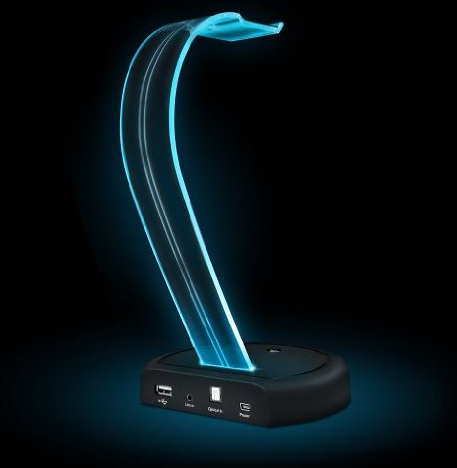 There is a mute button on the left earpiece that is easy to turn on or off at a touch and also a nearby mode button near the extendable boom microphone. The microphone is somewhat of a mixed bag. It is sensitive, which is good to a point. It picks up everything that is being said, but because there is no noise cancellation it picks up a lot of background noise. I was playing it with a fan going about four feet away and my friends said that the noise from the fan was getting picked up quite loudly, and essentially causing what I was saying to become somewhat muted as a result. The build of the microphone is convenient however, as it has a nice amount of flexibility to it and it can retract back into the headset quite easily.

There is also an interesting light indicator on it that tells you what audio mode you are in at the end of the microphone. It can be a little distracting personally, as I noticed it in my periphery vision. These modes include normal, bass boost and Dolby 5.1 surround sound options. While not the absolute best 5.1 surround I have heard in a headset, the surround quality is generally quite good. Bullets and explosions feel appropriately directional and immersive. The bass boost was a bit too powerful for its own good at times, as it could drown out other more subtle sounds. I usually left the headset on 5.1 surround. Other audio options include a dial for master volume and a second dial for choosing the proper blend of chat sound and game audio. This is great for drowning out players who might be getting on your nerves. At maximum volume, I was able to set the headphones down on the table and stand a few feet away and still hear exactly what was playing through them. These headphones can certainly get loud. 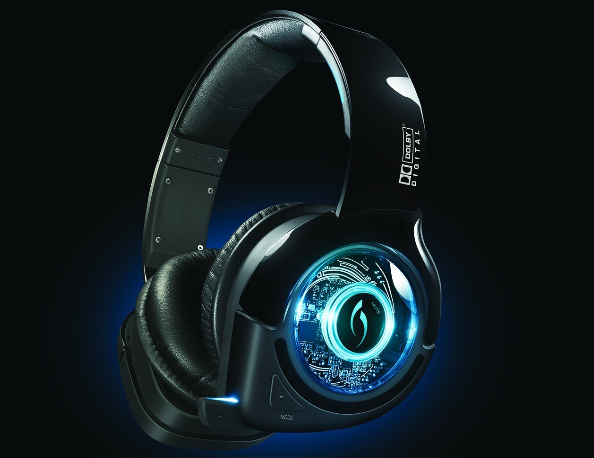 The range on the headset is solid, up to 100 feet. I was able to move almost two rooms away and still get audio, as well as go upstairs to a room just above where the stand was stationed and I had reception there as well. Obviously not a concern if you are sitting in front of a screen watching a movie or playing a game, but when I hooked the stand up to my iPhone to do some chores, I did not have any degradation in sound quality unless I was at the furthest end of my house.

Last but not least, I appreciate that this headset uses an internal battery. I noted earlier that a charging cable needs to be used, which does detract from the elegance of the stand visually a bit, but the headset charges quickly and it lasts for better than ten hours of steady use.

All in all the Afterglow Dolby 5.1 Surround Sound Wireless Headset is fun to look at (if perhaps a bit distracting), with very good overall sound and a variety of options to customize your listening experience. Perhaps a little bulky for some but comfortable on my head, the Afterglow Dolby 5.1 Surround Sound Wireless Headset is lacking the most pristine sound experience an audiophile might be looking for when compared to a directly wired headset. However, this is one of the best wireless headsets I have used to date, and it solves a very real logistical problem for me by cutting the cord while delivering a great audio experience.