comments Share
You are reading
Conquest of Champions – PC Preview

I love strategy games and the collectible card game genre with fantasy probably being my favorite theme to be had. So Conquest of Champions really seems to tick all of those boxes quite nicely, though there was a small amount of concern over its free to play format. Often these feel like options of the game are locked behind pay walls or unfair unless you dump gobs of money into them. Thankfully the game’s formula does work well, though some of those concerns I had are also legitimate. 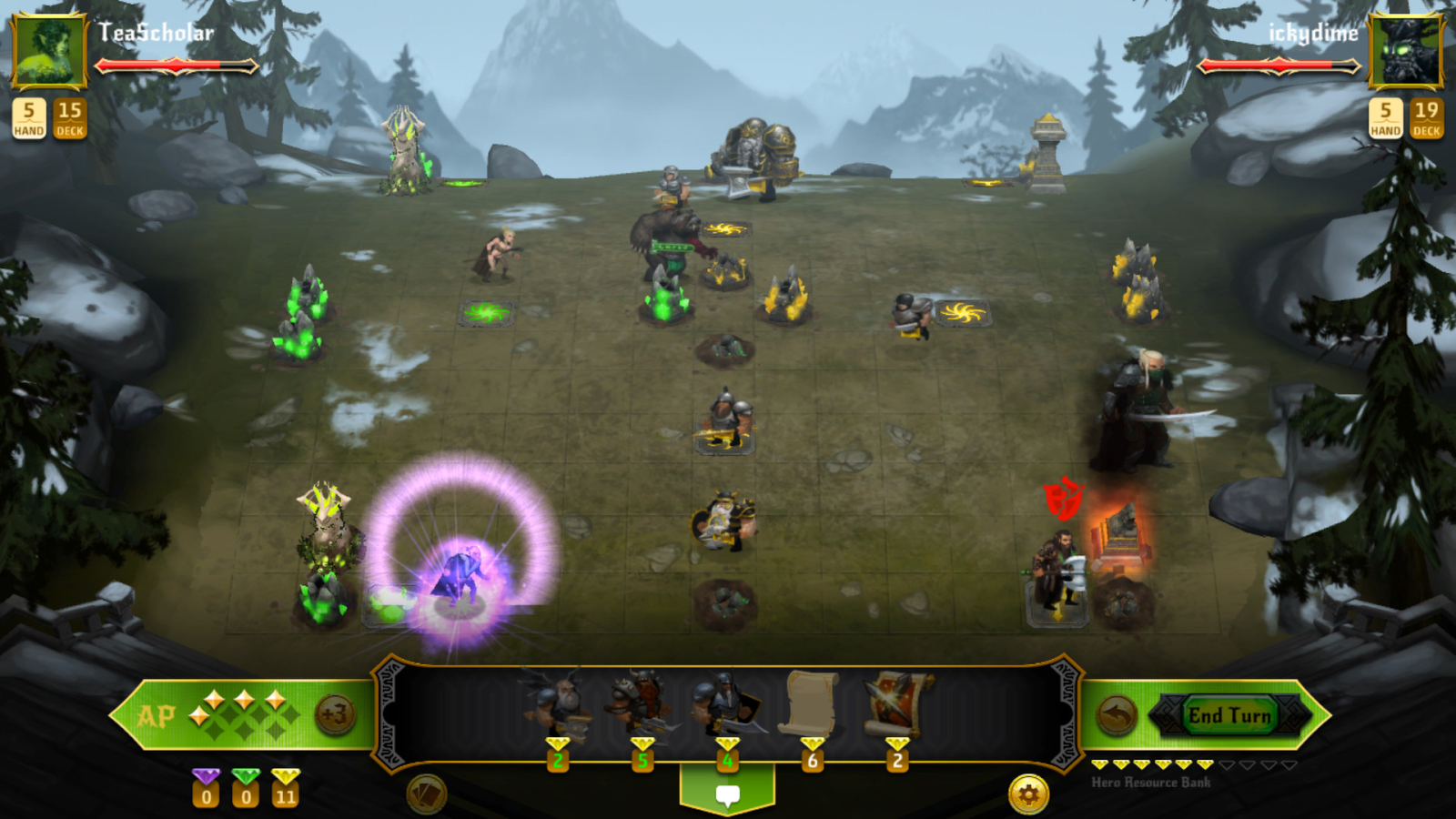 First, the game itself is actually a pretty interesting blend of strategy and collection. Packs of cards are purchased and in turn give you objects, creatures and spells that can be played out on a battlefield that is basically comprised of a square grid. The gameplay then consists of movement and different kinds of attacks as each side has a general and two alters that serve as the primary objectives. Summoned units come and go, akin to the pawns in chess. They are important in large numbers and from where they occupy space on the map, but individually get mowed down somewhat easily.

The generals are a different matter, as they have a good deal more life and damage dealing capability, but while that makes them more important on the field of battle, it can also land them in more precarious situations. Seeing as they are one of the three keys to victory, you want to make sure that the general is not so far into the thick of things that they are killed off. The alters are basically just fodder that sit there and take a few rounds of damage to destroy. 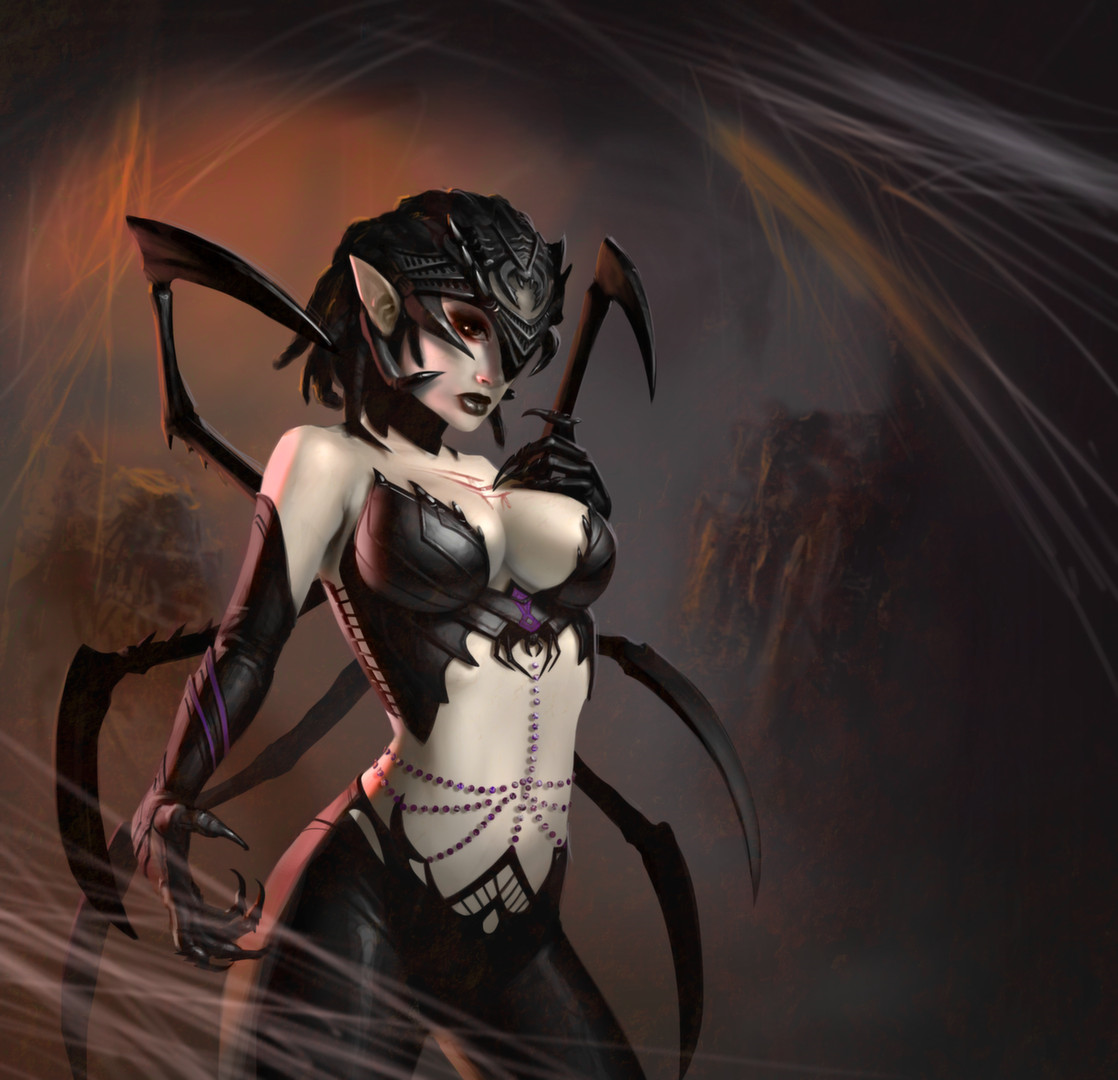 The graphics and music get the job done and some of the card art is actually quite attractive, though the battlefield can be a little clunky to get around when things get crowded. The view is slightly from above and to the side. It gives the map a sort of rounded look at the top where the grid is smaller, but a cluster of characters close together near the top can make it hard to pick the right unit and see all of the available opportunities. It works as a default view but I would have liked to have seen more camera angles available for these situations.

Turns are spent casting spells and summoning creatures using your available resources. Mine nodes can be claimed and improved to increase resources to help cast larger, more powerful cards and some spells and effects allow you to draw more than one card so you have more options at your disposal. The basic flow of the game is solid, with plenty of strategic elements but just enough elements of luck to keep things somewhat fresh and unpredictable. Unfortunately the pace of the game is somewhat slow, with computer turns taking about a dozen seconds or so. It does not seem to be a big issue right at first, but by around turn fifteen to twenty, it does create a feeling of drag to the proceedings. It would be very nice if the computer could process its turns more quickly. 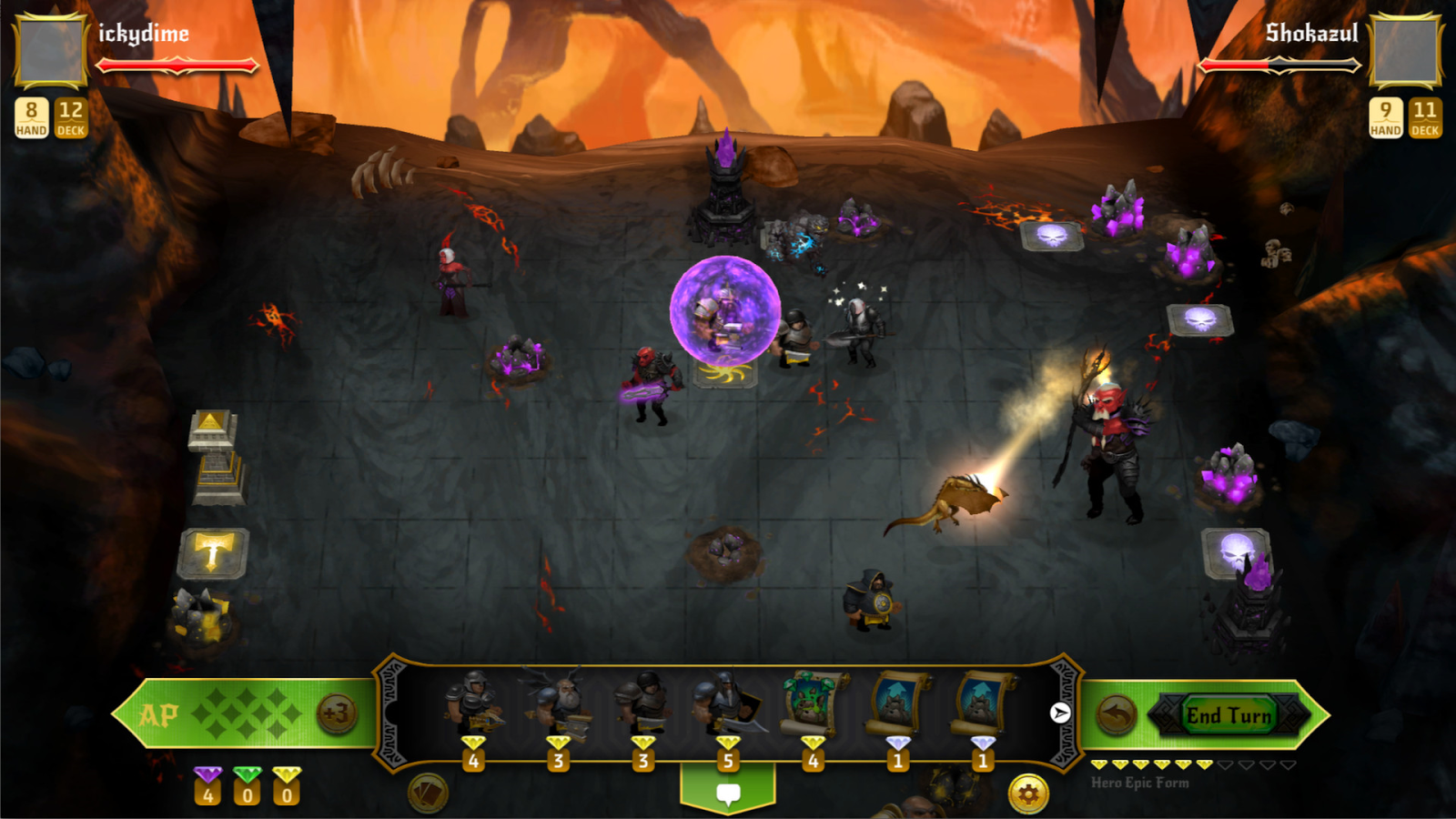 Matches have an interesting rhythm to them, and all three of my first matches had me getting off to slow starts where I was certain I would lose, only to pull it out with some good planning and a fair bit of luck at the very end. After matches you get money that can be used to purchase premade decks or packs of cards. The currency builds really slowly however, and this is where the free to play model rears its head a bit. To get the most out of your decks, you will need to new cards. The fastest, easiest way to get more cards is to spend money on more packs. I would have preferred to simply purchase a full copy of the game and maybe receive packs of cards through gameplay afterwards, so it is one price and done.

There are a handful of hooks to keep players coming back for more, such as the ability to feed weaker cards to your stronger ones to level them up (a common trend in other free to play CCG titles like Rage of Bahamut), combining of items to craft new ones and the deck construction itself. Thankfully none of these thing are walled off by purchase requirements, but the pace of collection is very slow if you do not make use of the purchased DLC options. Considering the game is free however, it is a friendlier model than say Might & Magic: Duel of Champions on the Xbox 360, which had you pay ten bucks for the game and still locked other sets of cards behind additional purchases on top of that.

The premise and mechanics are solid enough that with Conquest of Champions being free, it is probably worth a look if merging a strategy title with collectible cards appeals to you. However, progress is slow and there are some options (such as camera control) that will hopefully be considered for the future that would enhance the experience further and show that the title has room to grow. Willy Morgan and the Curse of Bone Town - PC Review