The first Danganronpa was a spectacular title. It came out early this year and even made my list of top 10 games from the first half of 2014. So to have the sequel turned around and available about half of a year later? That was good news, but I was also at least slightly concerned that the high quality of the first game might be compromised during such a compressed time frame, especially given all of the localization that need to go into it. I am excited to say that Danganronpa 2: Goodbye Despair is not only as good as its predecessor, but in some subtle ways even better. 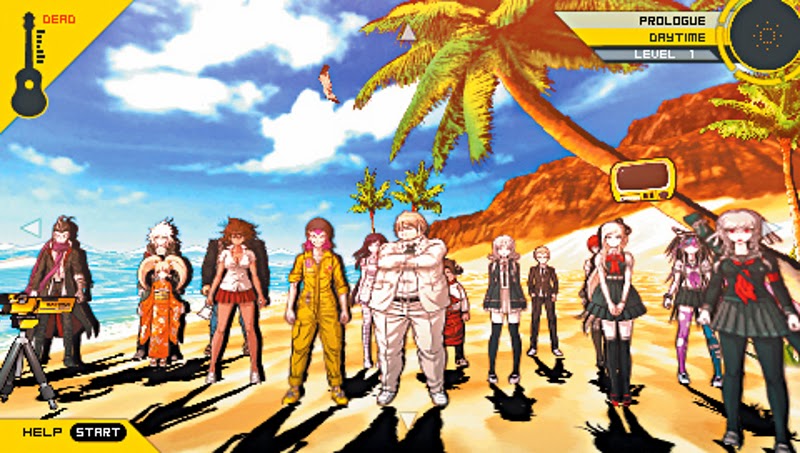 If you happened to play the first title, then the structure of Goodbye Despair should feel immediately familiar. If you have not yet played the first one? Stop reading and go get that one now. Play it. Come back. The article will be here waiting for you.

As for the rest of you who have, the blend of visual novel and murder mystery should be a comfortable and familiar blend here. Once again the focus is on the elite students of Hope’s Peak Academy, but the scene changes from the cramped confines of a sealed building to the open air and said of an island – that also offers no hope for escape. It is fascinating the similar structure and narrative surrounding the murder mystery at the heart of this adventure, despite such visually disparate surroundings.

There are some parallels to the Ace Attorney games given the courtroom like judgement scenes that play out, though I would argue that the narrative here is even stronger. The formula of interacting with other students, walking around your environment to gather clues used for solving murder mysteries to then be applied in a debate-like forum with your fellow survivors does not deviate much from Danganronpa: Trigger Happy Havoc and I am alright with this. The formula is still far more immersive than a typical visual novel, but the quality of the story being told, the excellent written localization and the overall positive voice acting make this an excellent experience. 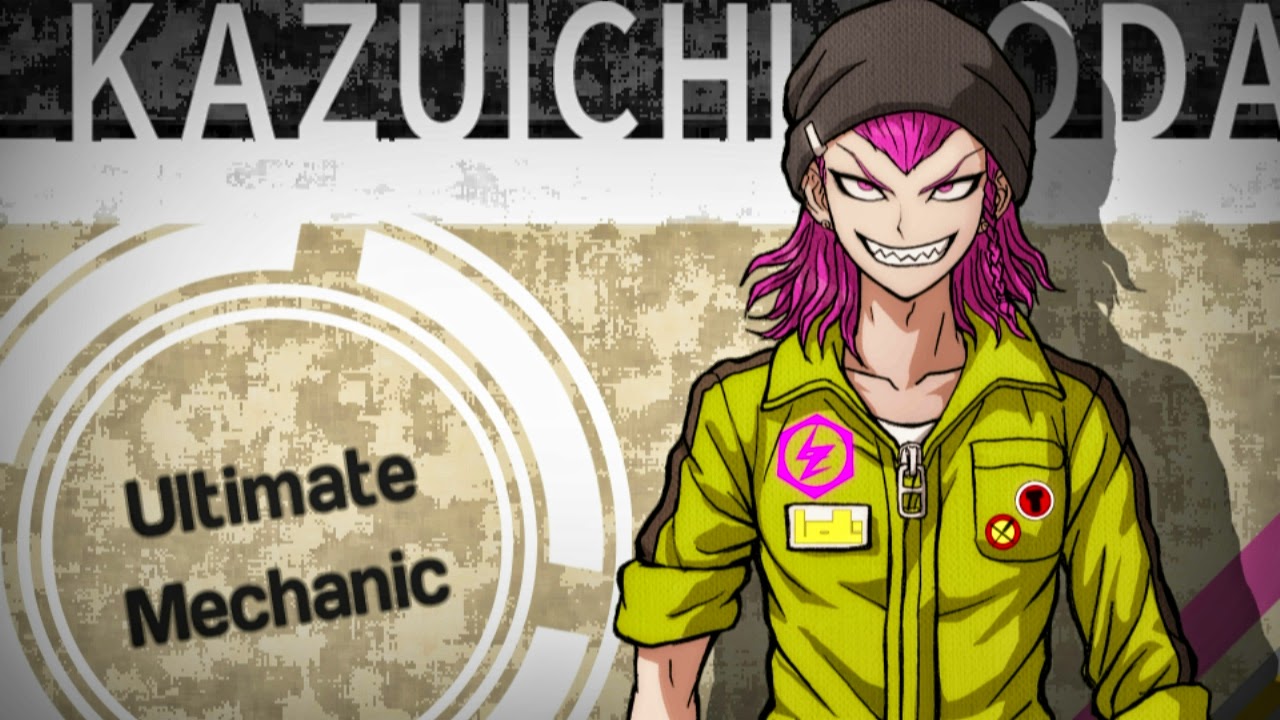 If there is a low point for me in the game, it is that the character of Monomi is not nearly as interesting as Monokuma was in the first title. However, the nature of Monokuma is no longer really a surprise here (seriously, you need to play the first game before delving into this one. Believe me, it is time well spent), so I understand the need for Monomi – I just wish she was more interesting in and of herself.

The pacing is slow. Those looking for action will probably want to look elsewhere. There are some mechanics that require some decent reflexes to perform your best during the debate scenes at the end of each chapter, but even those are as much about mental agility than the dexterity of your thumbs. I think that by and large, that is what stands out to me most while I am playing Danganronpa 2: that it mentally challenges (and often proves wrong) your earliest notions of what is going on.

This is a clever, often surprisingly deep study in human interaction and motivation. People who might, under different circumstances, never consider harming another human often find justifications that prompt them to actions that are sometimes rash and reflexive, and at other times cold and calculating. It reminds me a bit of why I am drawn to post-apocalyptic titles like The Last of Us. Chris noted this when he played The Last of Us Remastered as well. Sometimes the greatest threat people face are from those we should be inherently teaming up with. Once selfishness and fear become motivating factors, all bets are off in terms of decency and civility, and Danganronpa 2 is a spectacular study in that. 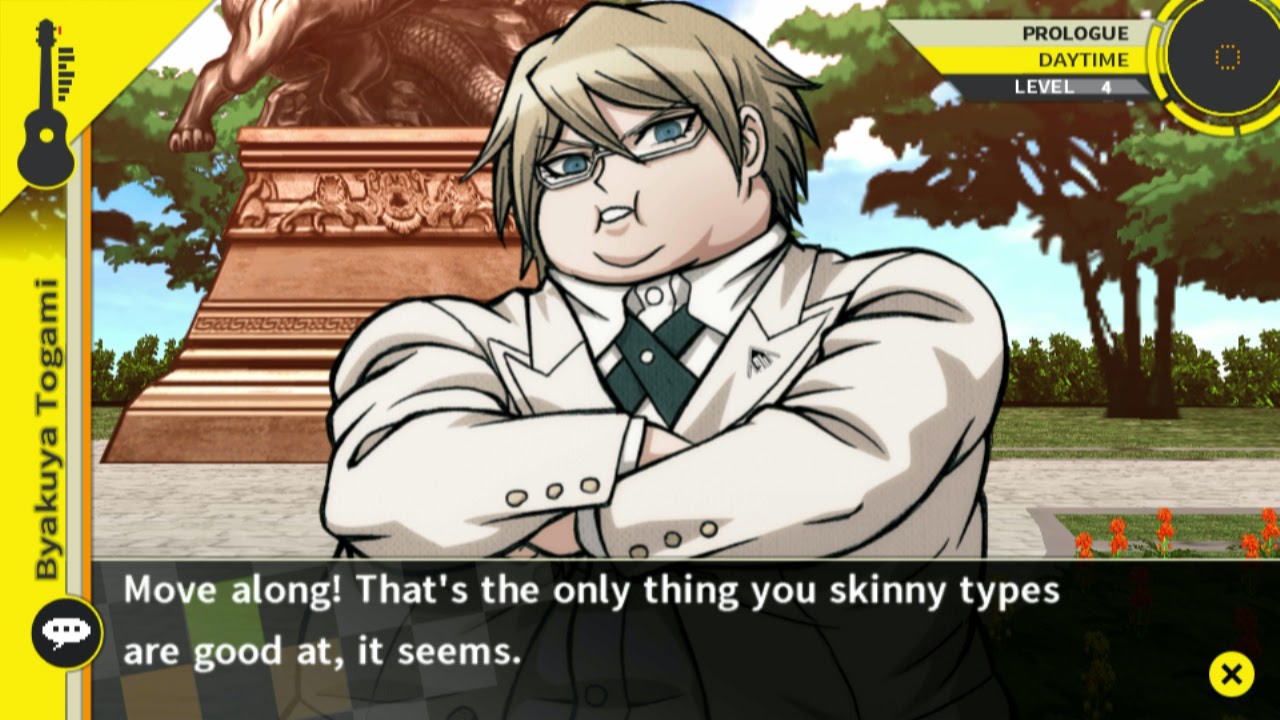 Of course, if there were only villains in the game, this would be a disheartening experience. There are plenty of morally gray (and black) choices made here, but there are some shining lights of inspiration where people are genuinely attempting to do the right thing as well. This makes those characters all the easier to cheer for (and their fall from grace even more heartfelt when they either die or turn out to have made poor choices themselves).

If you liked the first Danganronpa, then the good news is that Goodbye Despair delivers more of the same excellent writing, presentation values and interesting characters with a slightly honed system framing it all. If you enjoy visual novels or a good murder mystery (or set of mysteries), then there is no reason not to pick this up.