Dark Souls II has been holding its own as a Game of the Year contender for me since it released, and the Crown of the Sunken King DLC did a great job of reminding me why I love the game so much, beckoning me back to it yet again. I was curious to see what direction the team would take the remaining two pieces of DLC, and having had a chance to finally play Crown of the Old Iron King, I am happy to say that the experience is still worthwhile. 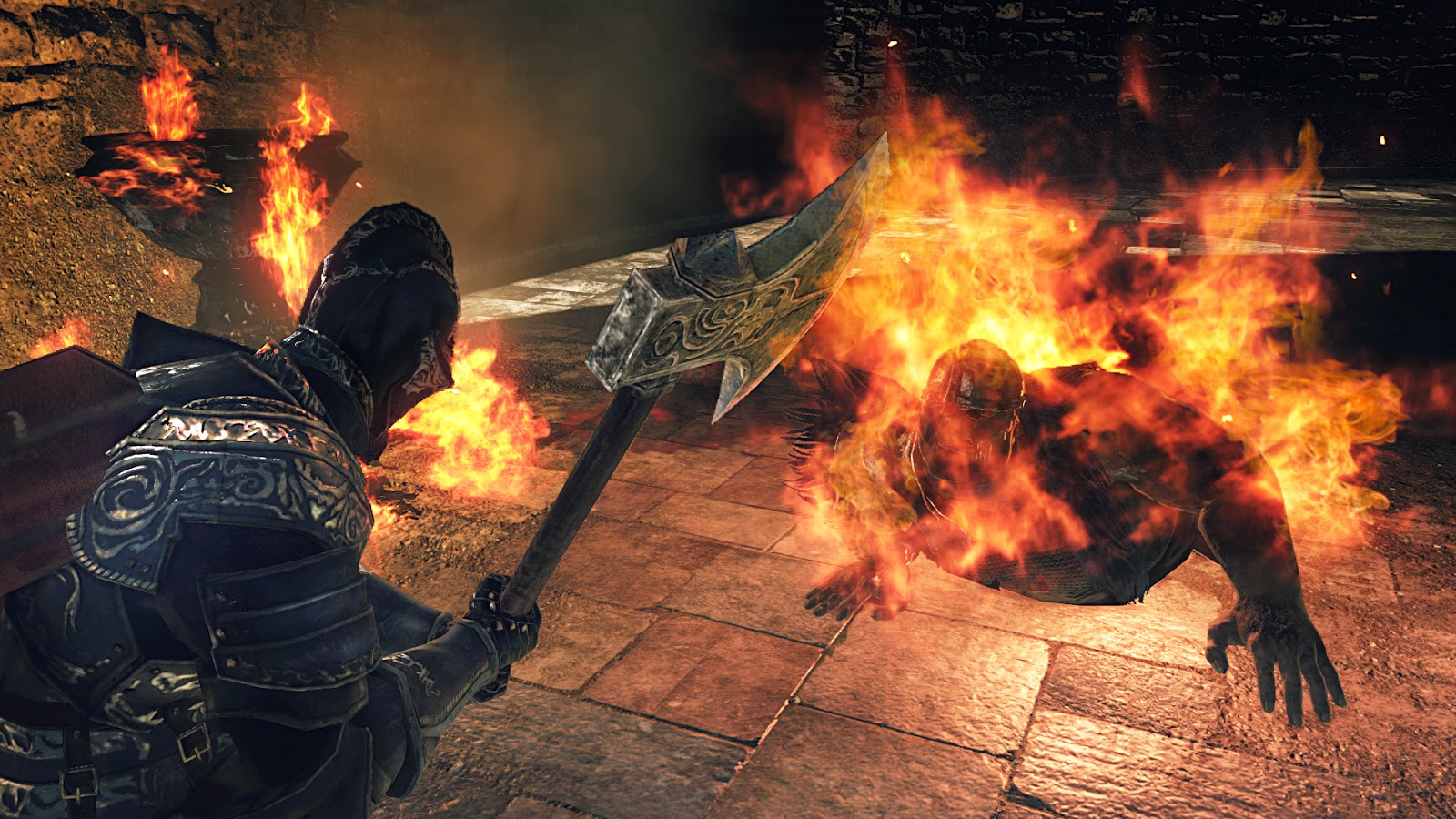 The first thing I noticed when playing this was how different the levels felt and looked. Crown of the Sunken King was dark, dreary and very maze-like in its structure. The use of switches to raise and lower the surrounding area created a fiendishly clever puzzle-like feeling to that DLC that really resonated with me.

Crown of the Old Iron King is in many ways more straight forward. This makes the experience feel a bit shorter, and while there are certainly opportunities for exploration, it still feels just a bit more limited than the last DLC. Here the challenge is not in juggling switches and changing the height of the surrounding area, but in dealing with the incredibly aggressive and interesting creatures roaming this deadly land of fire and metal. 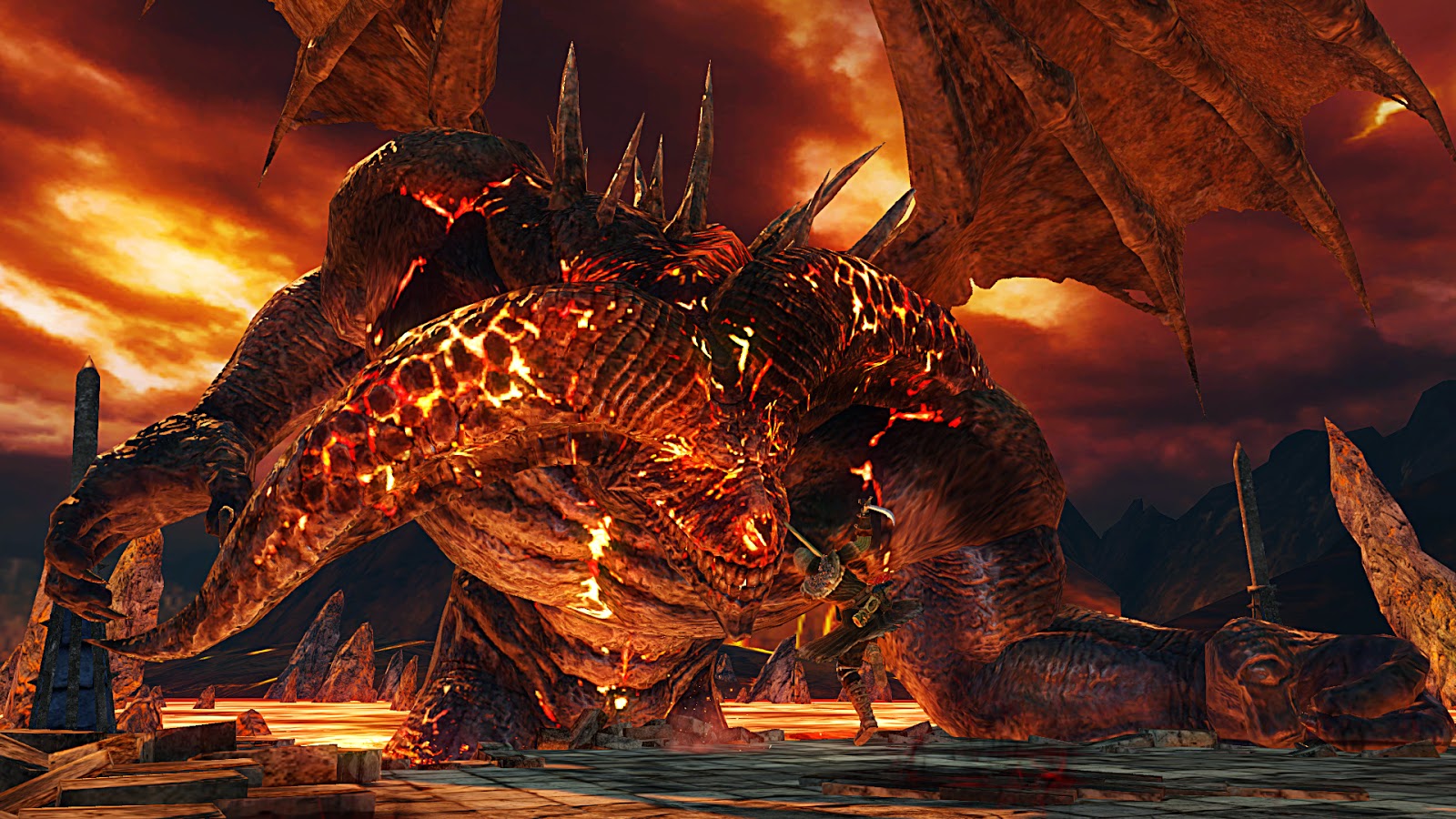 The creatures here are clever, and while dealing with one at a time is seldom fatal, many high perches that punish a poorly timed dodge can make any encounter perilous. Worse yet is when they manage to gang up on you. Those are not uncommon situations and they can very quickly lead to death. This makes the last episode more about puzzles, but this piece of DLC feel more tactical by comparison. Here I found myself being more careful than usual as I traversed my surroundings.

The other notable difference between Old Iron King and Sunken King was not just in the level design, but the visuals as well. Here you get to go outside, get some fresh air and really take in some beautiful outdoors scenery. I always find these moments to be among the most impactful when I am playing Dark Souls II, because they feel a bit out of place. They are similar to the scene in The Last of Us with the giraffes late in the game. They provide moments of respite and hope, and there are a few of these gorgeous moments in this DLC that were lacking in the prior Sunken King DLC. 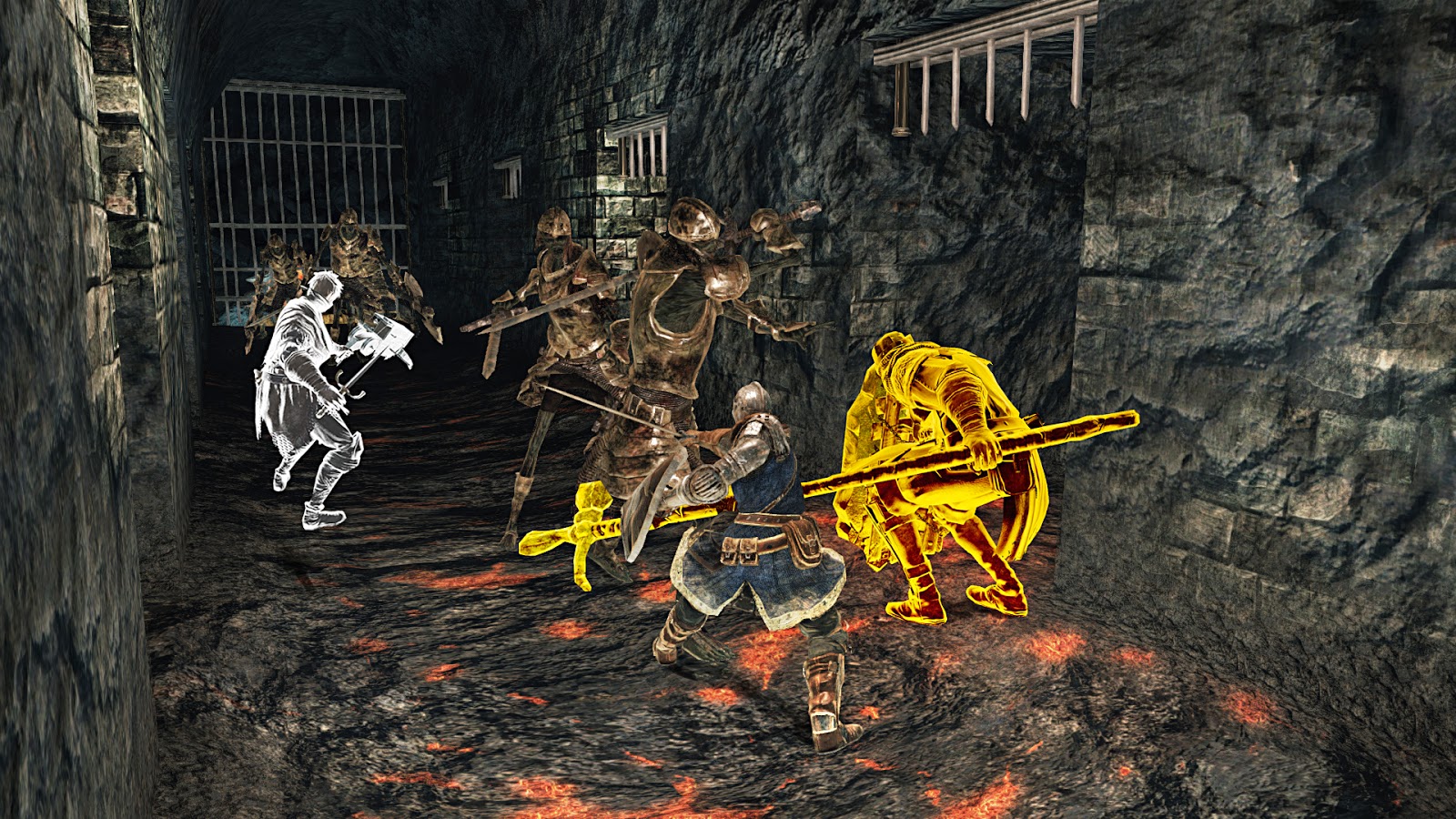 Probably the greatest disappointment for me coming out of this DLC were the boss battles. They felt more fair than one in particular from Sunken King, but that was largely because these three battles (one of them is optional) are basically variants of earlier ones in the game. Some new skills and appearances make up the primary differences, but none of the three bosses felt special – because in truth they were redundant. It is not the greatest sin in the world, but more variety would have been welcome, especially when one considers how effective some of the newer non-boss enemies were.

Two down and one to go. So far the DLC for Dark Souls II has proven to be of high quality with compelling content, both of which provide ample excuse to go back and die all over again. Hopefully the third and last piece of DLC will be the best yet.