The first thing that stood out to me was how much this title reminded me of the Hyperdimension series, a notion that was quickly reinforced once I got into walking around dungeons and utilizing the very similar turn-based combat system. This is not a bad thing, as I enjoyed Hyperdimension Neptunia Victory quite a bit. The world and characters are certainly different, with less of the tongue-in-cheek humor Hyperdimension is known for, but the end result is that Fairy Fencer F is a fun JRPG that should appeal to fans of its better-known cousin. 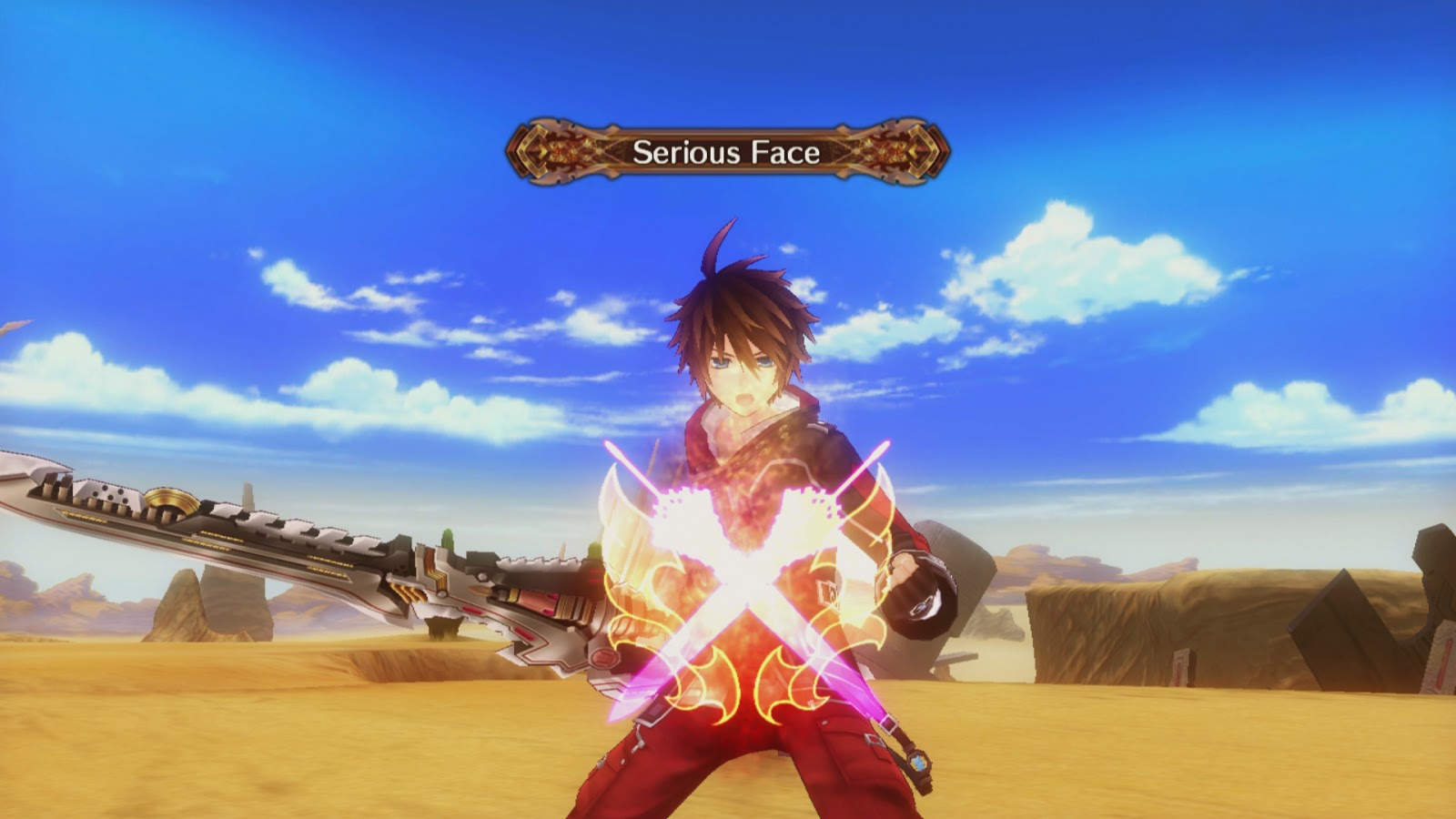 The storyline starts in humorous fashion. Fang is about the least likely candidate to be a hero ever, as he is busted out of jail after having been arrested for stealing bread. However, he really does not want to leave jail. Turns out, he likes having free food and a roof over his head, so why leave? His apathy is only matched by his accidental companion and rescuer, Eryn – a fairy whom he inadvertently freed upon happening upon a sword.

She has recruited Fang, somewhat against his better judgement or desire, to assist her in finding others just like her. While the story is nothing particularly special in and of itself, and there is plenty of the fan service Compile Heart has become known for over the years, the characters are actually pretty entertaining by and large. They are voiced with the appropriate enthusiasm (well, except Fang. I suppose you could describe his voice over, like his character, as lethargic-sounding most of the time) without getting carried away and veering into annoying. Certainly the characters are difficult to take too seriously, but props to the team for recognizing and even embracing the silliness. While the story may fail to impress, the characters have enough quirky charm to become memorable. 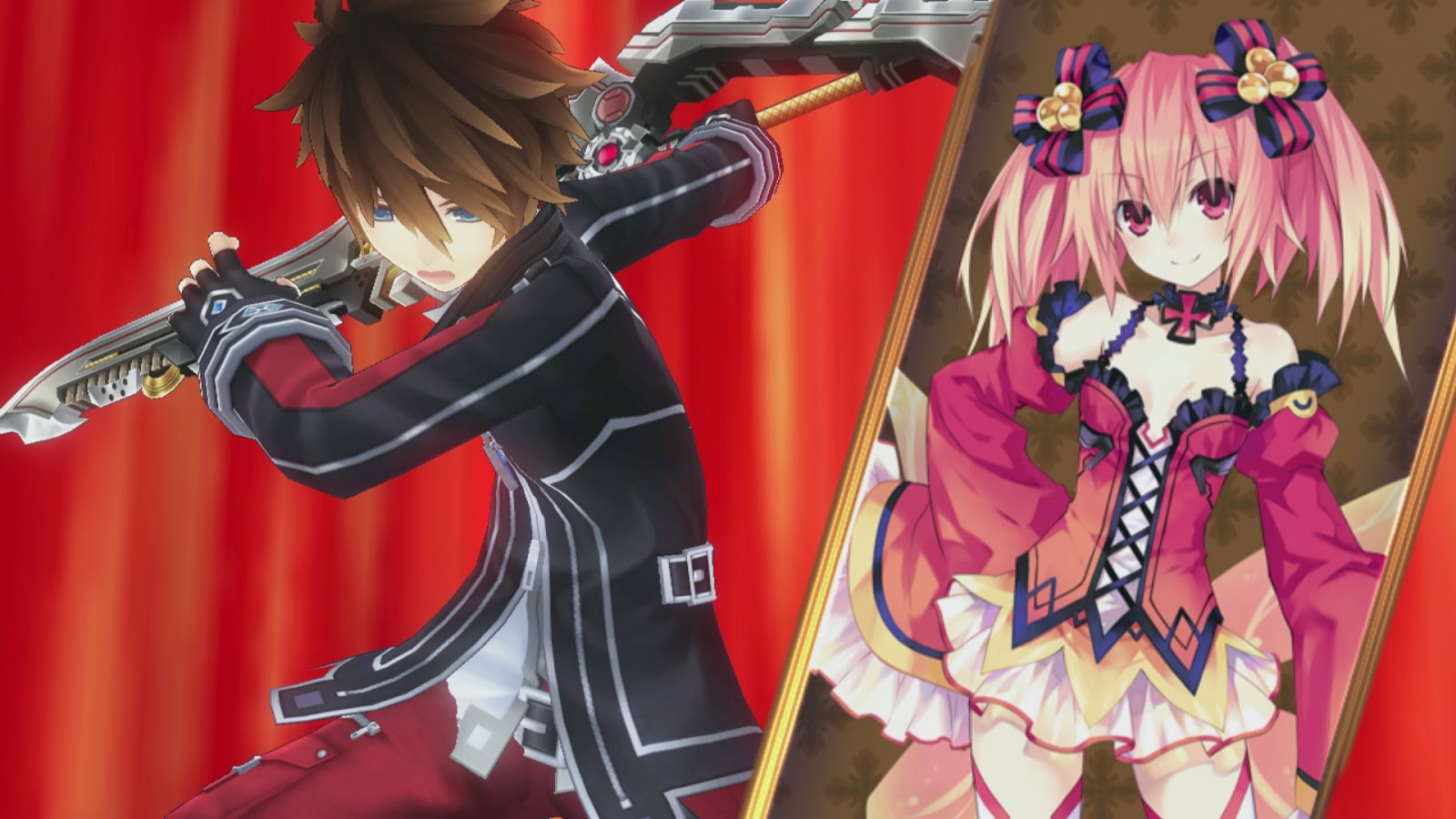 The gameplay for Fairy Fencer F can best be described as a mix of visual novel and JRPG. There is a lot of text (skillfully localized as there is a ton to read here, but it actually is very smooth and easy to read) that helps to set a variety of scenes. When characters are not talking, you then have the option to choose where you want to go via a menu (whether it be a shop or a dungeon) as opposed to a more traditional overworld map. Even without the needless wandering around an overworld, you can easily spend about forty hours playing through the storyline.

The combat plays out in very similar fashion to the recent Hyperdimension games. It is turn-based where stats are king. You can move about the field of battle and see how your attacks will work (sometimes they will hit multiple targets, others are singular in nature – it just depends on the area of effect and how you have everyone aligned). It can be easy to get a character ganged up on if you are not careful, but by the same token while there is often strength in numbers for the enemies, when they are clustered is when a well-thought out attack is the most satisfying. 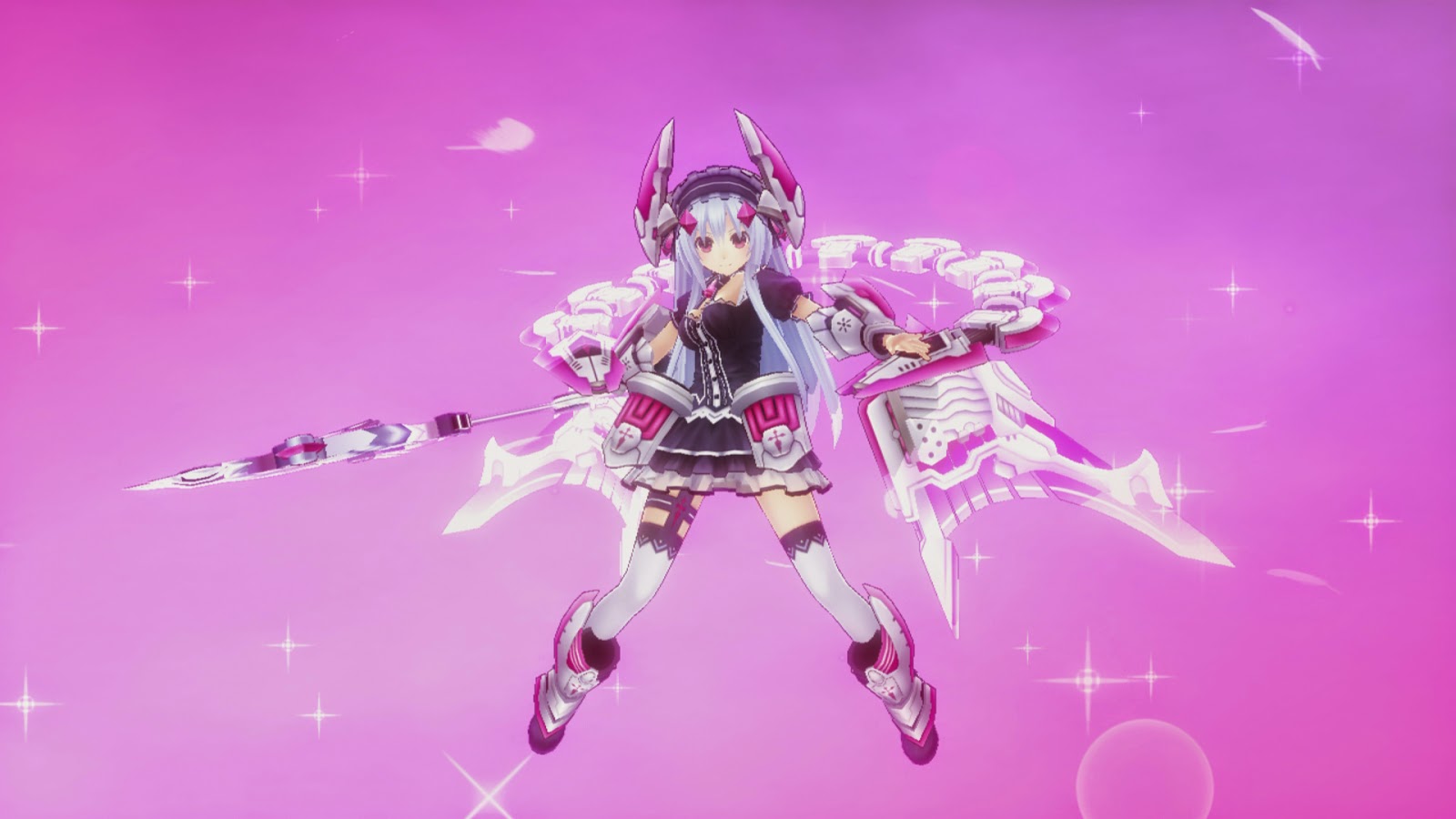 Once again feeling similar to the Hyperdimension games is the option to Fairize. This is similar to when the character in Hyperdimension go into their goddess forms. Here in Fairy Fencer F a brief animated scene plays out where the fencers are pierced by their own sword and then take on additional abilities. The stat jumps are significant and it is always fun to do, despite the repetition of the cutscene. The Fairize ability is triggered by dealing and receiving enough damage in combat (think overdrives from Final Fantasy) until the tension gauge is high enough to trigger it. The basic commands are fun too, especially when you start building towards impressive combos.

The real shame of it is that despite likeable, amusing characters and a solid combat system, the stuff taking place around them is somewhat bland. I already touched on the story, which is functional for driving things forward without ever becoming terribly interesting. The visuals are a mixed bag as character art is excellent and the wandering around dungeons is really only average. I love the bright colors and creature variety, but the landscapes are seldom impressive and generally lack detail. Quests also feel somewhat lacking in inspiration. They generally feel more like filler than compelling content, with fetching and killing set numbers of critters being about all you have to look forward to here. 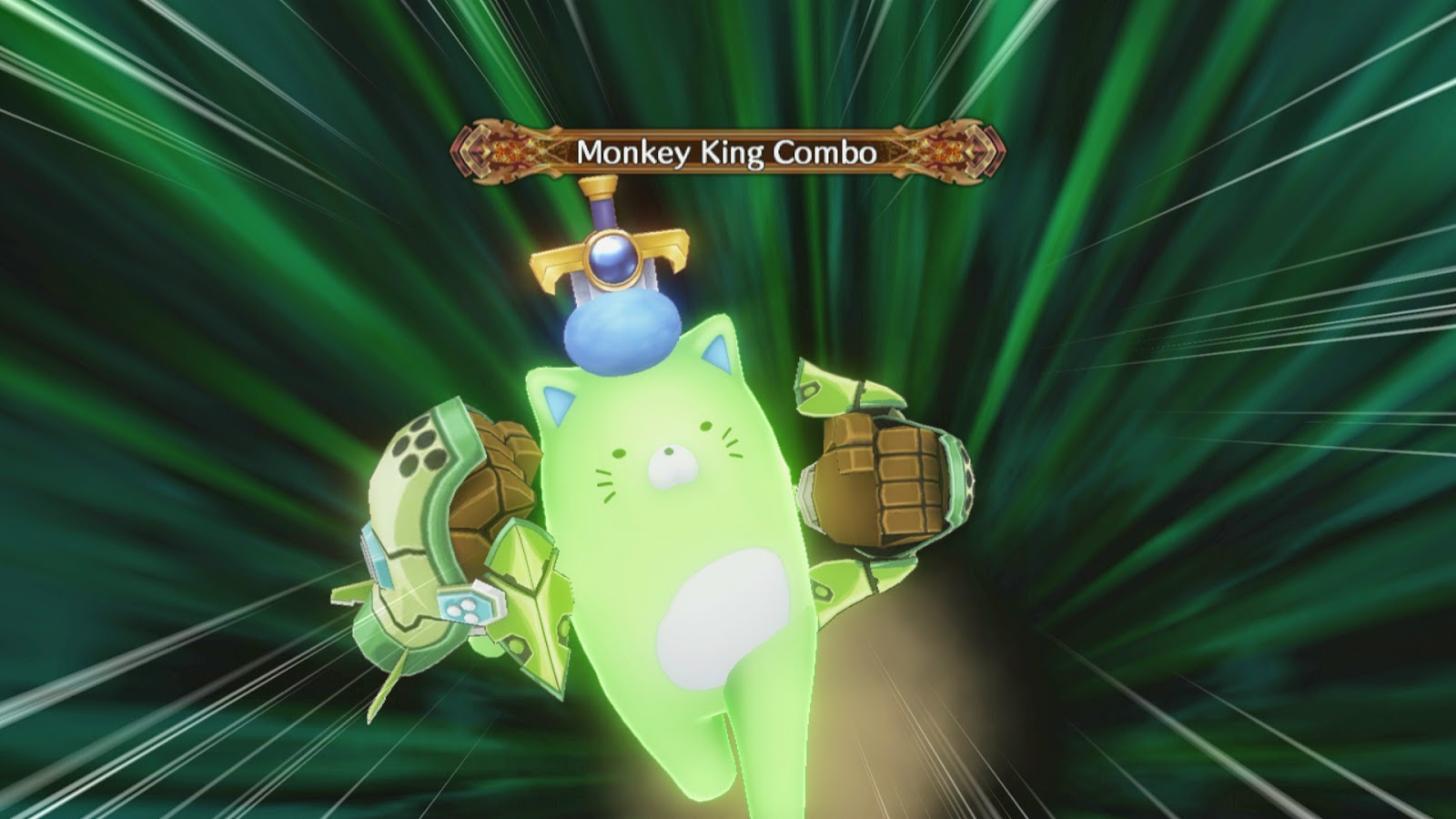 Fairy Fencer F gets a lot of things right, and while it is clear to me that Hyperdimension was the model for this game, I consider that a good thing. The Hyperdimension series has been around for a long time and has seen a good number of tweaks over the years as the development team has polished that series, and Fairy Fencer F benefits from that. At the end of the day Fairy Fencer F is a good, but not great, JRPG for fans of the genre.