Dear Galactic Civilizations; I love you and you need to be purchased by all these fine folks from Steam. The End.

In all seriousness, the Galactic Civilizations titles have been the pinnacle of space-based 4X strategy titles since Masters of Orion tucked its tale and ran away some ten years ago (or so) because of the massively successful and extra awesome Galactic Civilizations (GalCiv) was released by Stardock. Over the course of the last 11 years we have seen a couple of expansions and a sequel and then it went silent. Stardock continued to release some excellent titles, such as Demigod, a MOBA before MOBA’s were a thing and then Sins of a Solar Empire (a massively successful RTS/4X game); years later we were gifted with a tidbit about a revisit to the GalCiv franchise. Months later I have a preview copy sitting at my desk and I am simply salivating. 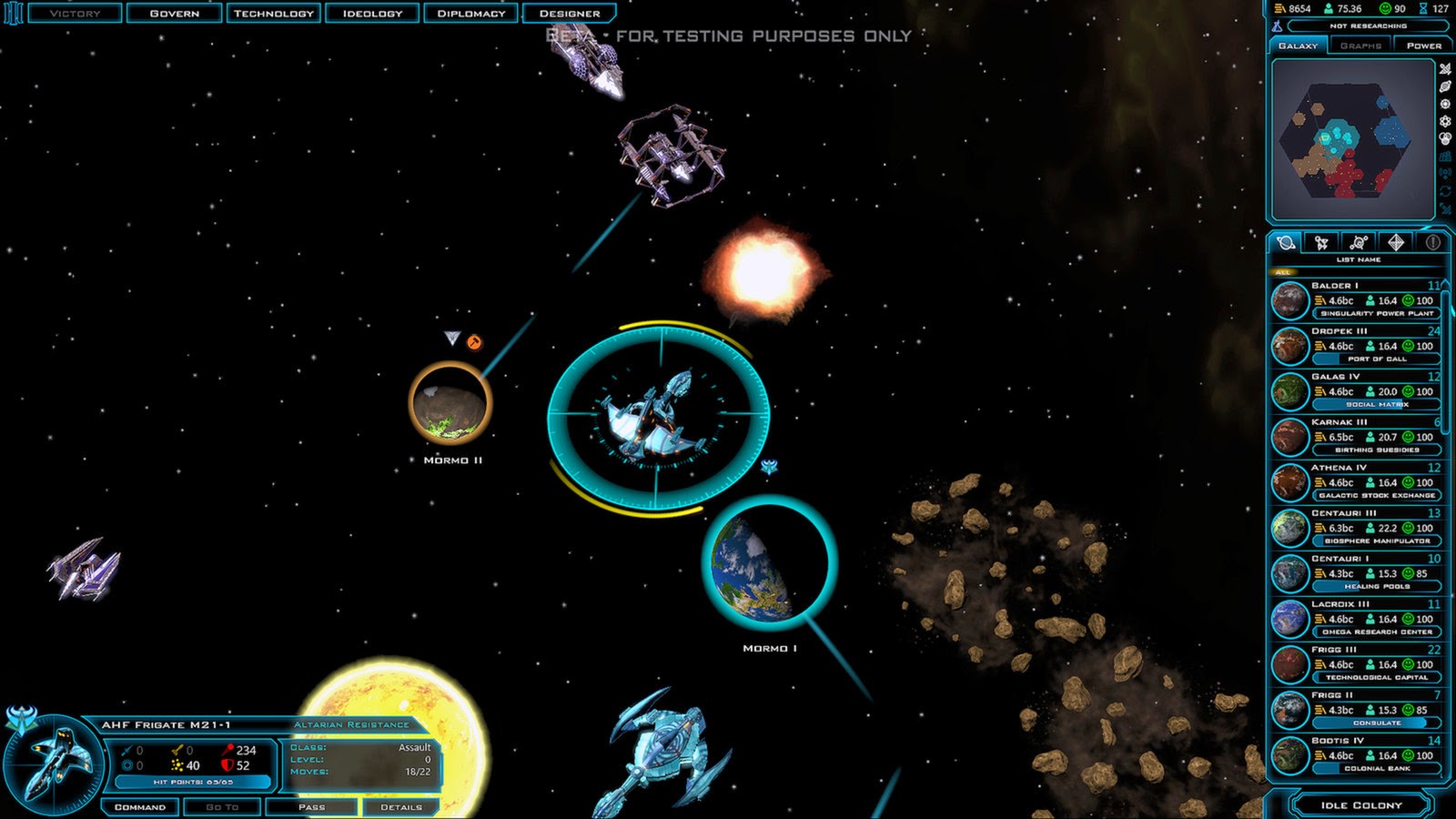 When I began installing the Early Access build I was assaulted with wonderful memories of the days of old, playing GalCiv for hours and hours, days and days, to an extreme level of excitement for what the future had in store for me. I remember the betrayals, the day-long turns, the need to plan out every single step and move, all of it and needless to say I was hit with nostalgia. Once I was offered the opportunity to preview Galactic Civilizations III I naturally fell upon the chance like a starving vulture. Here is what I found (as if the opening line was no indication)…

There are some nicely detailed 4X space games, games like Distant Worlds, Endless Space, and others I am surely missing, but still they are generally of the highest quality. For as much as I loved Distant Worlds and Endless Space, Galactic Civilizations III makes them look like childhood sidewalk chalk drawings. Assuming your computer can run it that is. By no means is my machine weak, in order to do what I do I need to maintain the best possible rig but seriously, GalCiv III can bring a machine to its knees. Not because of incredibly photo-realistic graphics but because of the sheer size of well, everything.

Massive galaxy maps are common, even the “small” galaxy is big and it is absolutely wonderful. In some 4X space games worlds are generally pixelated and do not have much detail but nearly every planet in GalCiv III has a discernible atmosphere, cloud-cover, and landmasses/oceans. It brings a level of realism to the genre that helps drive home the feeling that I am the commander of the particular race I chose; that I was looking out over the stars seeing my vast host and working colonies. It is an excellent feeling and is augmented by a wonderfully clean and sharp looking UI. Everything is right where it needs to be, from micromanaging colonies to my personal favorite, the shipbuilding tool. 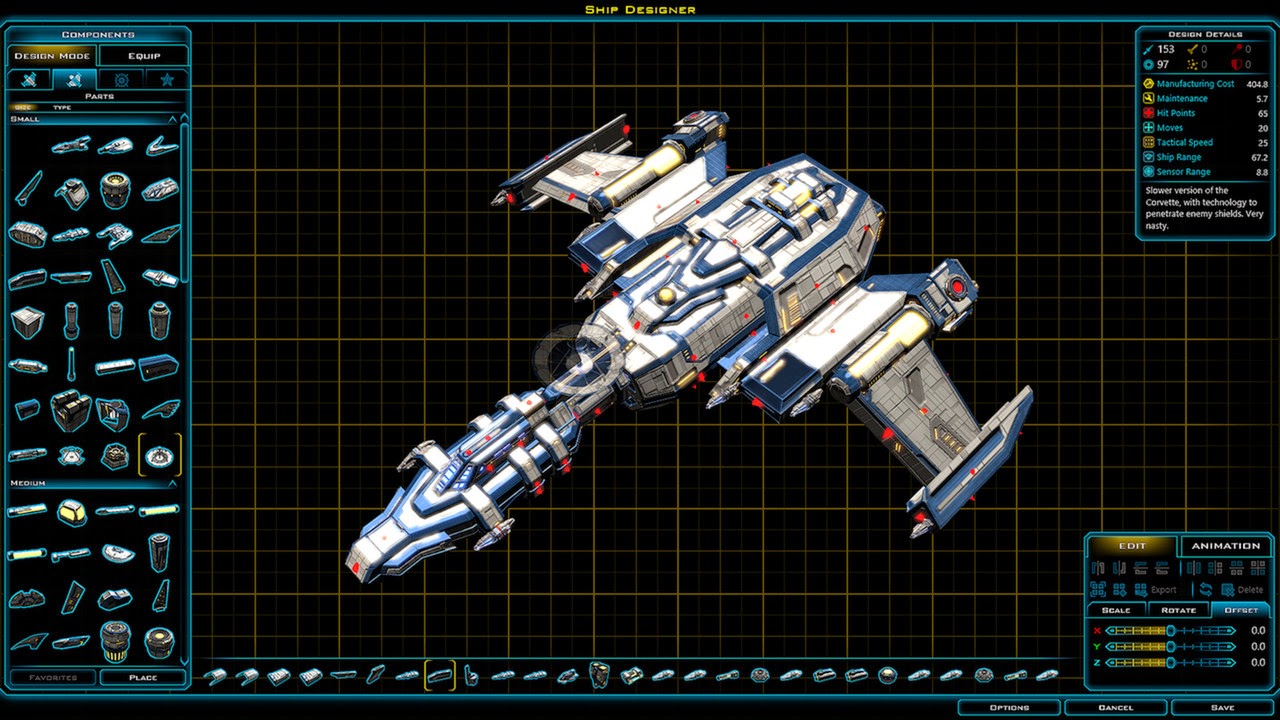 I have spent a large number of hours building the perfect spacecraft to add to my fleets. I think I have spent just as much time in the shipbuilder as I have working on alliances or exploration as it is incredibly addicting; sort of like Lego’s for space-faring fans. On top of the detailed board, the character / race art is excellent, though limited at this time (due to the Early Access state of the game) and the intro video to GalCiv III is great; I just hope to see more of that sort of thing, though that is likely a fruitless want.

The music and background tracks are interesting enough that they do not grate on one’s nerves when they are on repeat through some potentially long games. I did not find myself turning down the audio at all and was quite pleased with the futuristic feel that some of the rather epic tracks have to them. Sound effects are fairly limited at this time, possibly due to the Early Access stage it is in, but there just did not seem to be much more than a few different sounds for the mouse click with some spoken bits here and there. I am more than sure that as the title is continuously updated that there will be more audio effects added to the galaxy view, otherwise it would be fairly bland. Here’s to hoping that there is more beeps, boops, swooshes, and vrooms added to Galactic Civilizations III as it could bring in an excellent level of immersion that is rarely seen in strategy titles.

While good graphics and quality audio are important in any game, 4X games rely more on the AI behind the game and Galactic Civilizations III is no different. I did notice that at times the AI would do strange things, such as attacking me when it is fully working as a part of my team with no provocation which after the first few times it happened I thought it was a bug but as I kept playing and it kept happening I began to wonder if it is supposed to be like this. Regardless, the unpredictability of the AI had me feeling unsure of myself as I played, hesitant to make alliances and just work towards dominating the galaxy. Then something clicked, something said in the opening video and when it did I just sort of sat back with my eyeballs wide open while wondering whether this was all planned. 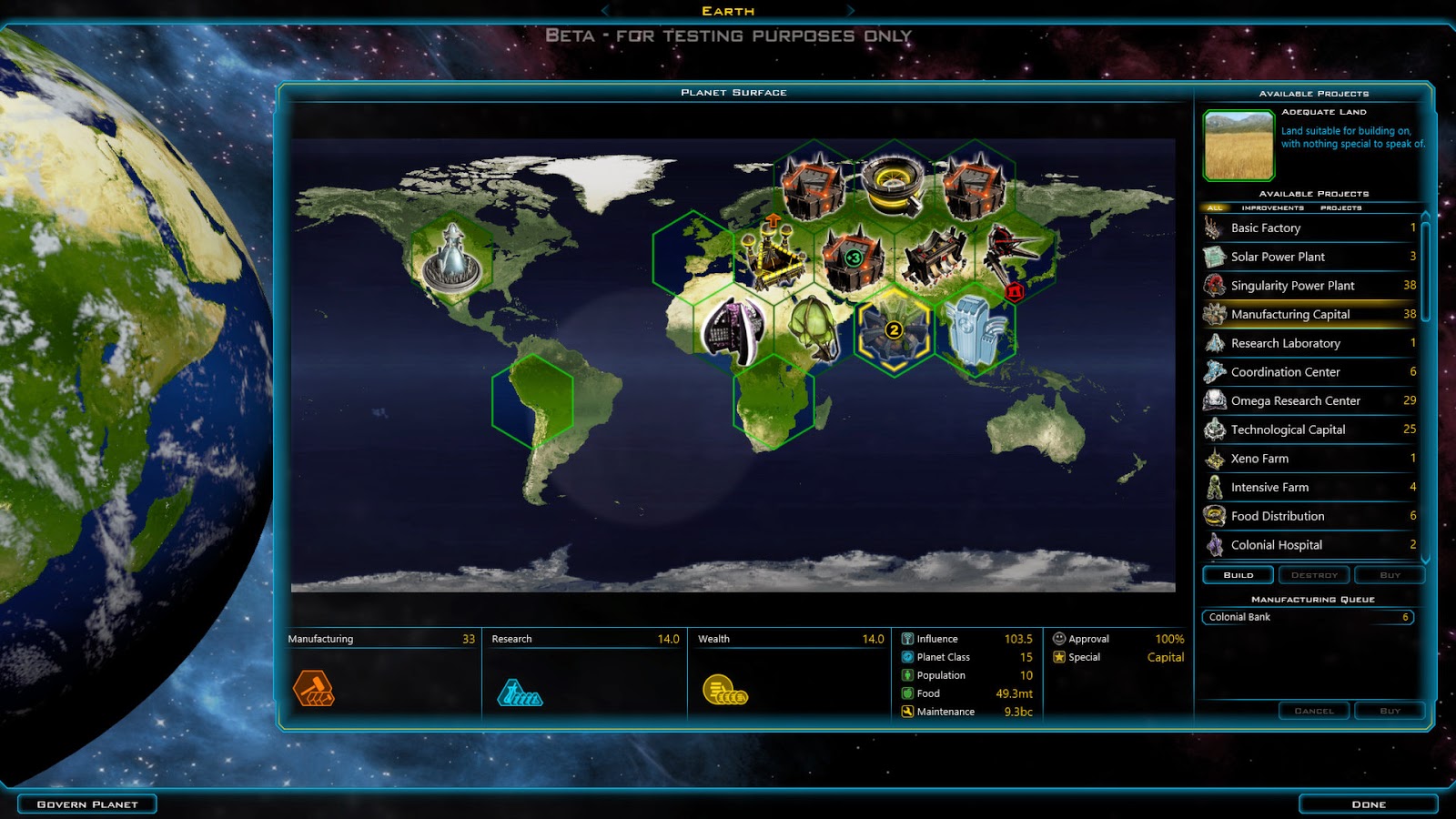 If it was then holy cow, Stardock, you are masters at your art and are capable of roping up us gullible folk and pulling the floor out from beneath us. It was almost as if the game was unintentionally trying to get me to intentionally act in certain ways without ever alluding to the fact that it wanted me to act that way (having scary flashbacks of 2001: A Space Odyssey). If that is the case then wow, just wow. If that is not the case then I beg you Stardock, do not address that particular “undocumented feature” and contact me back for some info, because it is a brilliant issue to have. Outside of being randomly hounded by others in the galaxy, GalCiv III feels well-paced, brilliant, and most importantly, fun.

I am not entirely sure I can quite define how I feel when I fire up Galactic Civilizations III; I have been a fan of the series for a decade plus and have never been let down by the good folks at StarDock. As new updates are released and bugs are fixed / patched, GalCiv III is growing into a title that dare-I-say-it, will likely be amongst the best of the strategy genre. From the engaging background stories to the intuitive interface, Galactic Civilizations III is a package that is a must-have for space-faring armchair commanders.

With time the optimization of GalCiv will improve (I hope) allowing the game to run smoother on systems that are as robust as mine, or even those less powerful. Given some of the features that have been planned for it, especially since that multiplayer has me drooling, Galactic Civilizations III may have some of the steepest system requirements that I have seen for a game in recent months and if the Early Access is any indication, the full release of Galactic Civilizations III will be well worth the cost of upgrading your machine. 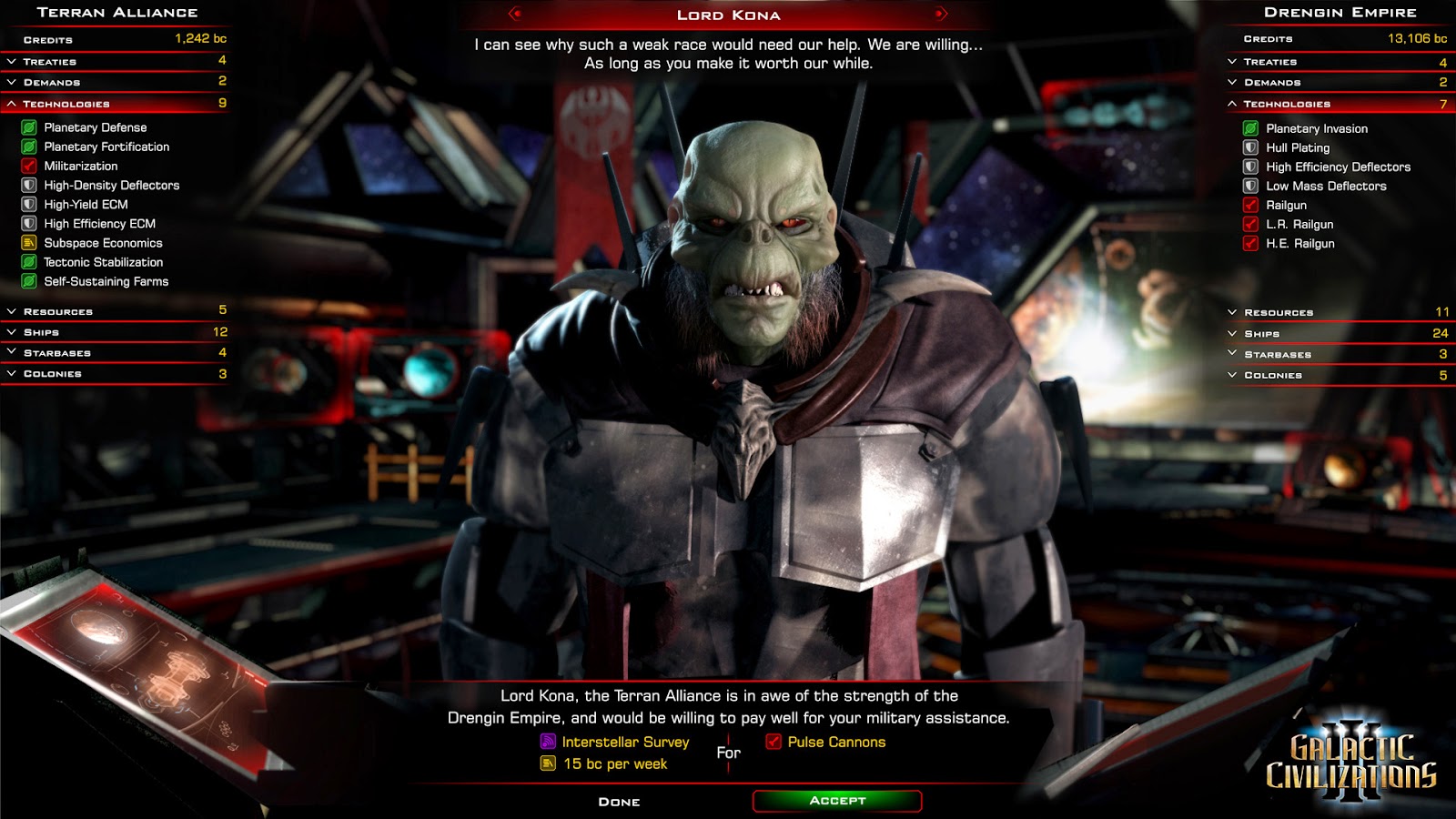