I have had a lot of gaming mice over the years; mostly Logitech, some Razer and more recently a SteelSeries Sense. When I was approached to review the DeathTaker by GX Gaming I immediately thought back to the extremely satisfying and very surprising Zabius Gaming Headset by the same makers. Given that I was so surprised with the performance of the Zabius, I leapt at the chance to see what their mice could do. The GX Gaming website reports that the DeathTaker is “great for MMORPG / RTS games” and also highlights the fact that all nine buttons can be customized, some with macros. You can also create separate profiles that you can switch on-the-fly to fit the game you are playing and on top of that, there are five DPI settings that you can choose from. Add in the fact that the handset can be weighted with small metal weights and the high capture DPI, well you have yourself a veritable gaming peripheral. 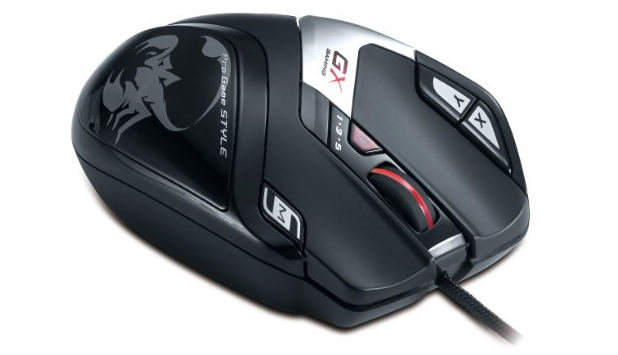 Physically the DeathTaker seems small. While that is generally not a bad thing, for my small-ish hands it just felt weird. I am a bit at odds with the size of the mouse; in one hand I use a wonderfully powerful gaming laptop so mobility is key and keeping my peripheral sizes down is always a welcome addition. The counter-issue to that though is that after four or so hours of gaming the mouse is tiresome to cramp my hand around, whether it has the weights in or out. It took some time but I figured out why it is that the mouse would cause fatigue and end up causing pain that shot all the way up my arm after long stints; there is this hump where the weights sit that cause your hand to sit awkwardly on the mouse, causing it to sit at a relatively unnatural angle. I had to change the way I held the mouse in order to compensate for the strange lump but once I did, fatigue was minimal and no longer painful but still a bit uncomfortable given the need to change my grip and hold the mouse at a strange angle to compensate.

Changing my grip lead to another, unforeseen problem; I could not press the Macro button in an efficient way. I would have to readjust my hand to press my macro key (in my case tied to an obnoxious macro for World of Warcraft that hollered out that I was initiating crowd control with my Hunter) then readjust back to a comfortable position. It was awkward and difficult, but if I stayed away from MMORPG or RTS games (the very games it is geared towards) and stuck to FPS and Strategy games I was impressed. Having five different DPI settings that can quickly be changed is amazing. There were times while I was running around in Battlefield 3 playing hardcore mode carrying an assault rifle and pistol and I would, on the fly, switch between DPI’s based on my situation. 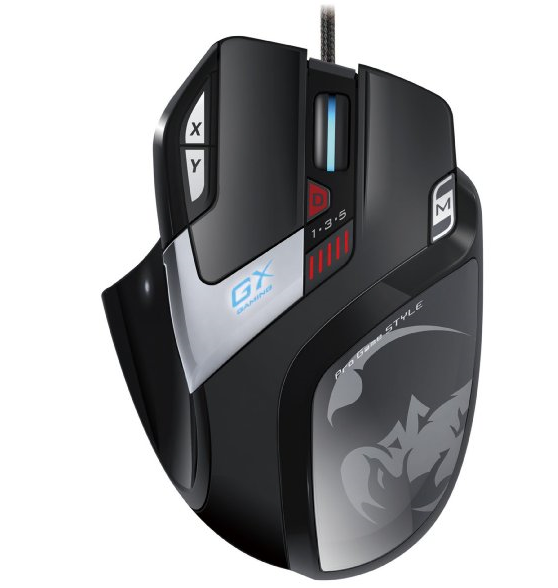 Like any good gaming mouse the DeathTaker comes with its own suite to allow for maximum customization; from LED colors to DPI speeds to a macro editor, the software has everything. Firing it up is quick and snappy and easy to navigate. The only real problem I had with the Genius software for the DeathTaker is minimal. The colors of the buttons that you select to change a feature are Red-to-White downward Gradient with White text. I am sorry but it is near impossible for me to see what those options are (aging eyes and all) but thankfully the corresponding button glows an obnoxious neon color when you mouse over it. 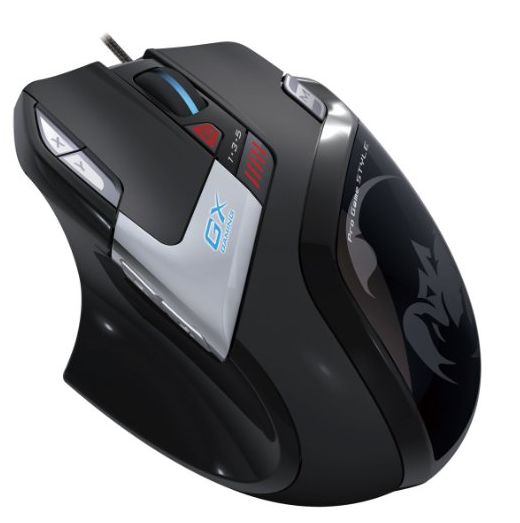 Using the macro management feature is a breeze, the ability to quickly select and edit macros in a system designed for it (I am sorry, but manually editing macros in World of Warcraft was abysmal) is a pleasing and very easy experience. I am fairly certain that I abused the “Start Record” button in ways that should not be spoken of in public since I have made dozens, yes dozens, of macros. For anything. I love macros … they are like the bacon of the computer world. I also had a blast assigning random inputs (like activating my screen capturing tool) to various buttons; you can literally customize every aspect of the mouse and I find that very lovely.

Even though my hands are tiny and it is a whee bit uncomfortable, I found that the DeathTaker’s stellar tracking makes up for the lack of comfort as long as I kept mouse-and-keyboard play sessions short. Given that most games have some level of controller support it is not hard to put down the mouse and pick up the gamepad so in reality is is not that much of an issue. Simply moving the mouse across the mat, when you have a good hold on it, is a great experience and with a lightweight click, well rounded buttons, and (when held properly) easy-to-get-to controls, the DeathTaker by GX Gaming really shines as a competitive gaming mouse. The fantastic software suite with terrible coloring works well and utilizes minimal resources, but the real winner to the application is the macro editor; as mentioned I love macros.

Between the software and the high quality tracking I can safely say that the DeathTaker is a solid competitor in the gaming mouse market.