Audio is important. In some cases audio is the most important aspect of an event or activity; from watching a movie or playing a game to going to a concert, good audio, or bad can completely make or break the experience. I have said many times over the years that I would be happy with a 24″ CRT television as long as the audio of the program I was watching/playing was superb and that the speakers I had could adequately reproduce the high-fidelity audio. That same holds true today and I will stand by my word and as I get older and “wiser” I have come to realize that a good set of headphones can drown out the incessant wining of the world (not to mention it can potentially directly pump excellent audio straight into your ears with no outside influence). 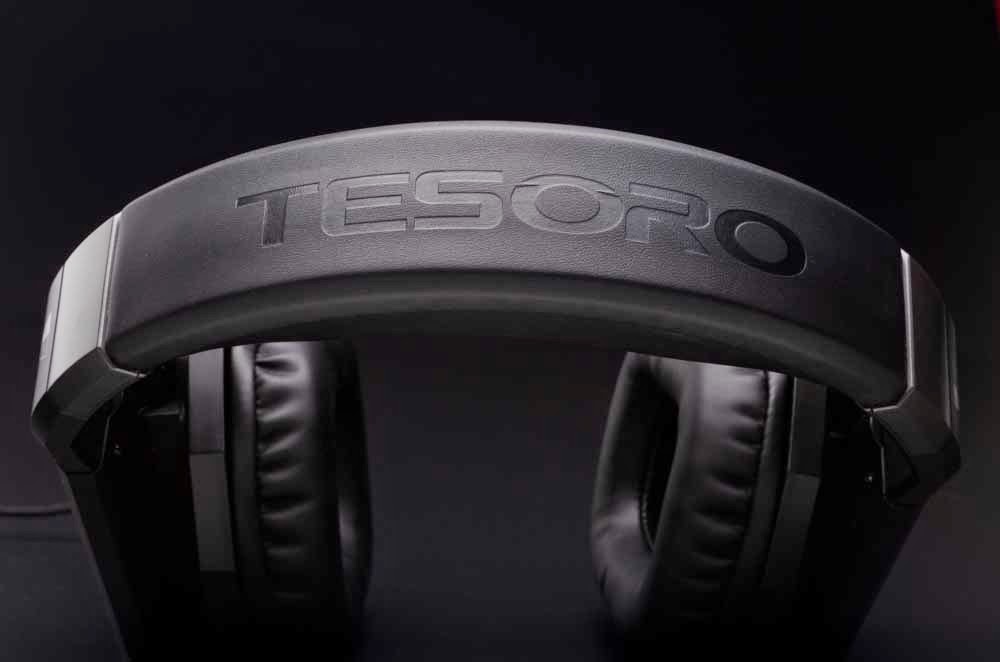 I have recently been able to review a number of different headsets and each one has had its own unique features that made them stand out in some way. As an example, the white SteelSeries Siberia Elite headset not only faithfully reproduces any audio you send to it, but if you could imagine laying your head on a giant marshmallow then you have a good idea of what wearing the headset is like. On the other side, the Zabius gaming headset by GX Gaming has a bit more of a rough feel physically but will shock with the ferocity of the bass; in all honest the Zabius has the fastest and most impressive bass reproduction that I have ever seen. The drivers in that unit hit hard, very hard. Other headsets are lighter or produce better highs or maybe they are wireless with a startling battery life; the point is, each and every headset I have had the pleasure of reviewing has in some way, startled or impressed me as each are utterly unique in their reproduction of audio. When I was approached about a brand called Tesoro, I immediately agreed as my fanaticism with audio took hold and demanded I test the units. Below you will find my experiences with the Tesoro Kuven (see more here).

I mentioned my skepticism regarding weight in my previous review for the PDP AGU.1s as it has been relatively understood that heavier magnets and speakers can reproduce a wider range (of generally higher quality) than lightweight speakers. Where the PDP device was slightly heavier than air and the Siberia Elite by SteelSeries is likely the heaviest headset on earth (though balanced to perfection with amazing load-balancing), the Kuven by Tesoro through some technical wizardry found the absolute perfect weight and weight-distribution. More-so than any other headset I have worn, the Kuven sits so well on my brain-basket that it is hard to believe it was not made specifically for me. The cups for your ears are sturdy yet supple leatherette and with the large cavities, will fit any ear size comfortable. The leatherette-wrapped frame is easily adjustable and have a dense but not harsh pad that allows the cross-bar to sit comfortably on any head shape. The adjustable pylons are easy to manipulate and I have yet to have a single hair ripped painfully from my head while I try to adjust the unit.

One tidbit that some users may need to get used to is the way they look; most circumaural headsets are fairly straight and shaped like a horseshoe, with the Kuven though the cups are angled backwards which allows the driver layout to simulate the 7.1 surround sound effect while being ergonomically set. The odd layout took a moment to get used to but now that I have, it is second nature to slide the headset on and have it perfectly meld into place. With the weight being so well distributed it is only natural that the build quality is extraordinarily high. When I pulled the Kuven out of the box I did not know what to expect but once I pulled it from the shipping and packaging frames, I was quite stunned. The cord and extension pieces are all wrapped and made of tangle-free material, the leatherette is durable yet forgiving, and the whole unit just feels solid. The one thing that I am a little unsure of though, is the length of the cord. At 3 feet or so, the cord is really short and it appears that the manufacturer was aware of this as they put another 3 foot extension cord in the box, along with a 3.5mm-to-USB connector and a connector that switches the dual 3.5mm Input/Output connectors to a single hybrid connector so you can plug the headset into a phone or tablet. 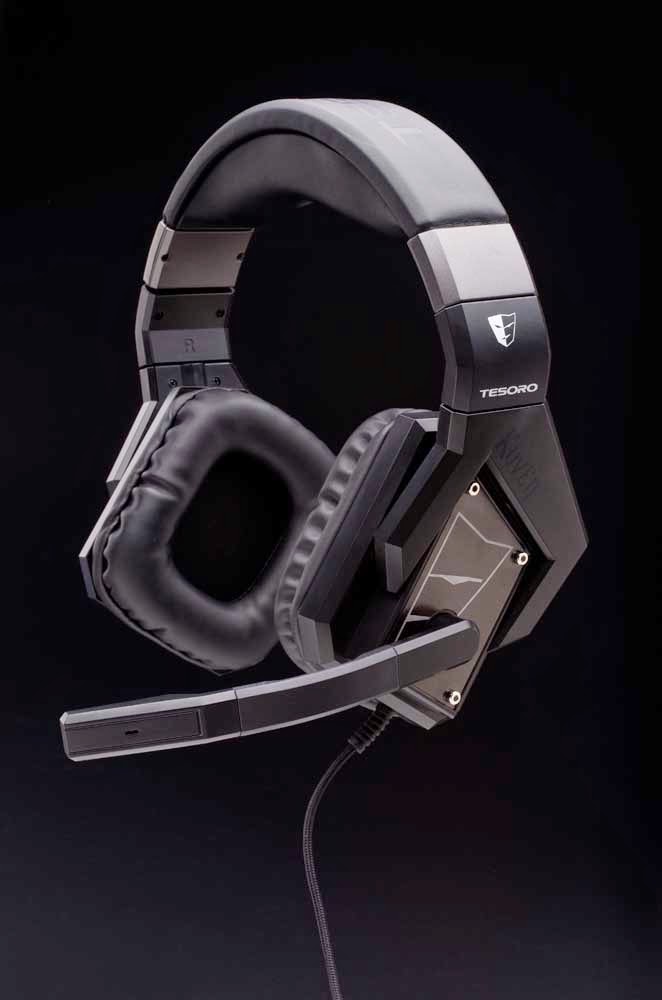 While the physicality of a headset is certainly important, what really makes or breaks the unit is the reproduction of the audio and fortunately the Kuven does a swell job in most areas. When I go through and review a headset I tend to do more than just play some Dark Souls 2 or Battlefield 3, I also listen to talk shows, watch movies, and listen to music. I want to get the full feeling for the device and it took a bit longer to find just the right stuff with the Kuven. Out of all of the headsets, the Kuven is the most temperamental, working better with some songs or games than others. A few of my staple songs (give me crap, I dare you …) include Snow’s Informer, Christina Perri’s Human, Shinedown’s Simple Man, John Legend’s Stereo, Sublime’s Garden Grove, Sugarland’s Stay and The Dubliners’ The Rocky Road to Dublin mixed in with various soundtrack titles like various Pirates of the Caribbean tracks and the single best song in a soundtrack ever, Steve Jablonsky’s Arrival to Earth from Transformers … I get chills just thinking of that song.

These are just a few of the songs that I use as a benchmark for my tests, in all I have put at least a hundred hours of audio through the Kuven headset. Nearly every song by Sublime makes the Kuven dance; pure lows, throaty mids, and crystal-clear highs assault your ear-drums in ways you would not believe are possible… Honestly I have to be conscious to not start a review with Garden Grove because it will set the bar way too high. The reason I say that is because the second and third songs played were Warren G. featuring Nate Dogg, Regulate and Daddy Yankee’s Gasolina and I am sorry, but the speakers warbled, popped, and produced audio about as clean as a well-used public bathroom. Thinking that it was the song itself, I loaded up a WAV file rather than an MP3 and found the exact same issue; I moved on to some good ol’ Marley and there was no issue so I thought maybe it had to do with the type of music and loaded Eminem’s ‘Till I Collapse and Meghan Trainer’s All About The Base and I had no issues, none at all, in fact, All About The Base sounded amazing. Confused by the reproduction of music, I fired up CounterStrike and played a few rounds and had a relatively ho-hum experience; it just was, there were no outstanding moments and I figured that had to do solely with the aging title and moved on to more modern fare such as Battlefield 3, Interstellar Marines, and Dark Souls 2 (my go-to game).

I was pleasantly surprised running through the metro station in multiplayer Battlefield 3 as I could hear everything in crystal clear tones. I sort of felt like a ninja creeping around by sound alone, I had a ton of fun with the old title and felt like the excellent reproduction of audio helped breathe new life into it. With Interstellar Marines, which has some gnarly audio in it, I was struck again by the weird warbling and popping in the drivers but it was fleeting and only when trying to reload the one weapon; given my experience otherwise I am going to chalk that up to poor audio engineering and not an issue with the headset. 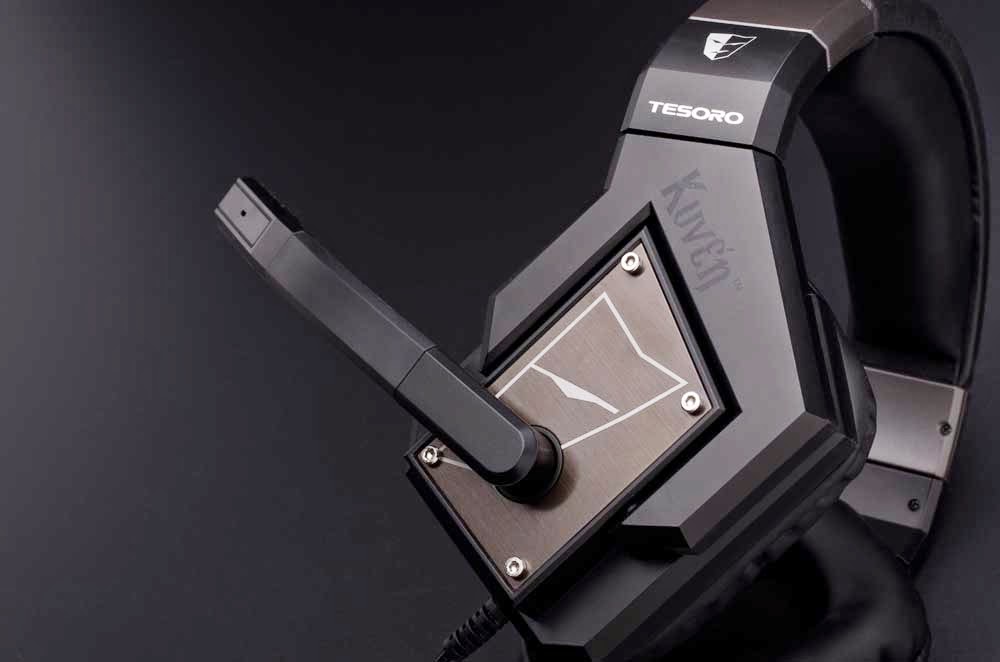 Dark Souls 2. I am not sure how else to say it; personally I think that when something is amazing or just plain awesome, summing it up by saying “Dark Souls 2” should be enough. Sort of like how Bacon and Chuck Norris are the answer to everything that existed ever, Dark Souls 2 should be the video game equivalent of Chuck Norris eating Bacon. With his beard. Seriously, every time I fire that game up I am more and more impressed. When loading Dark Souls 2 with the Kuven on music is faithfully reproduced, giving the rich yet forlorn tunes a deeper and more sinister feeling. When I finally load to Majula and head to Drangleic Castle which has some awesome environment effects and from there I head to Dragon Aerie which assaults your ears with windy, dragon-y goodness. While the audio was superior to some of the other headset that I have reviewed, it still left a little to be desired in the busier areas of Dark Souls as there are pops and crackles that were never there before. When you are in an area like Undead Crypt though, or even Shaded Woods, well the audio is spectacular.

Overall the Tesoro Kuven is a great piece with some of the best build quality I have ever seen out of a plastic / leatherette headset. While I had a number of instances where the headset popped and crackled, the audio it produces from any of the devices I connected it to is still of high quality. Lows are just deep enough to be noticed, highs are just rich enough to be separated from the mids and the mids have a wide range of qualities not found in other sets. Since there was such a dramatic difference between the different songs or even areas I am under the impression that there may actually be an issue with the unit and not a true representation of how it sounds with some of these frequencies. Once I hear back from Tesoro, I will certainly be updating this article with my findings.

Willy Morgan and the Curse of Bone Town - PC Review