comments Share
You are reading
The Walking Dead: Season 2 – Episode 5: No Going Back – Xbox 360 Review

And there we have it.  Clementine rides off into the sunset of Season 2 with somebody.  Who?  Well, that really depends on how you spend the last 10 mins or so.  But we’ll get to that in a minute.

“No Going Back” is the finale to the very strong Season 2 of The Walking Dead.  This season has very much been about Clementine’s maturation into an independent survivor who can take care of not only herself, but others as well.  During Season 1, she spent the majority of the time as the MacGuffin.  Her purpose in the game was to give Lee purpose.  Without Clementine, Lee didn’t really have any reason to head to Savannah and get hooked up in all these crazy adventures. 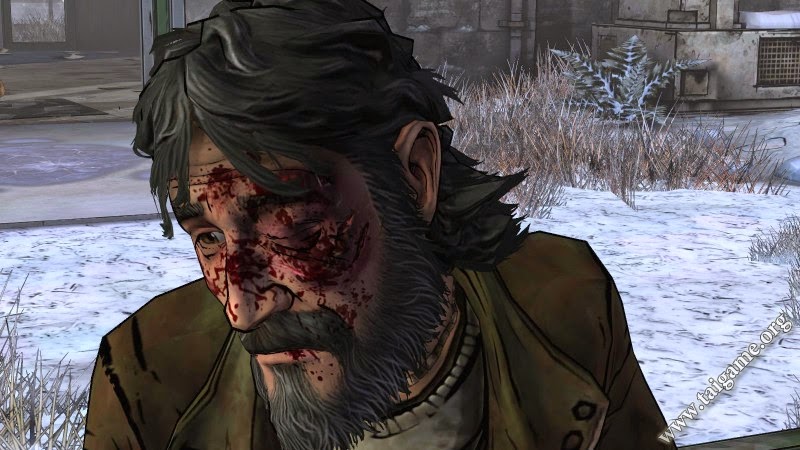 But where is she now, at the end of Season 2?  We’ve seen her make some tough decisions and learn some horrible truths about her post-apocalyptic world.  You can’t save everyone.  Some people don’t even want to be saved.  Your closest friends (your only friends maybe) are haunted by personal demons that you just can’t make go away by “choosing the happy option”.  What is more valuable, trust and loyalty or safety and security?  What even constitutes safe any more?

By this point, she’s the only thing really holding the group together.  To me, the success of this individual episode is how far it is willing to go to show how much she’s grown and how much it really asks you to commit to what is most important for your Clementine.. You really have some hard decisions at the end.  It may seem like there isn’t much time to think about it in the moment, but enough of the episode is builds towards the final conflict that I knew what I would choose long before I ever got to that scene.  I imagine a lot of people made very different decisions at this point. 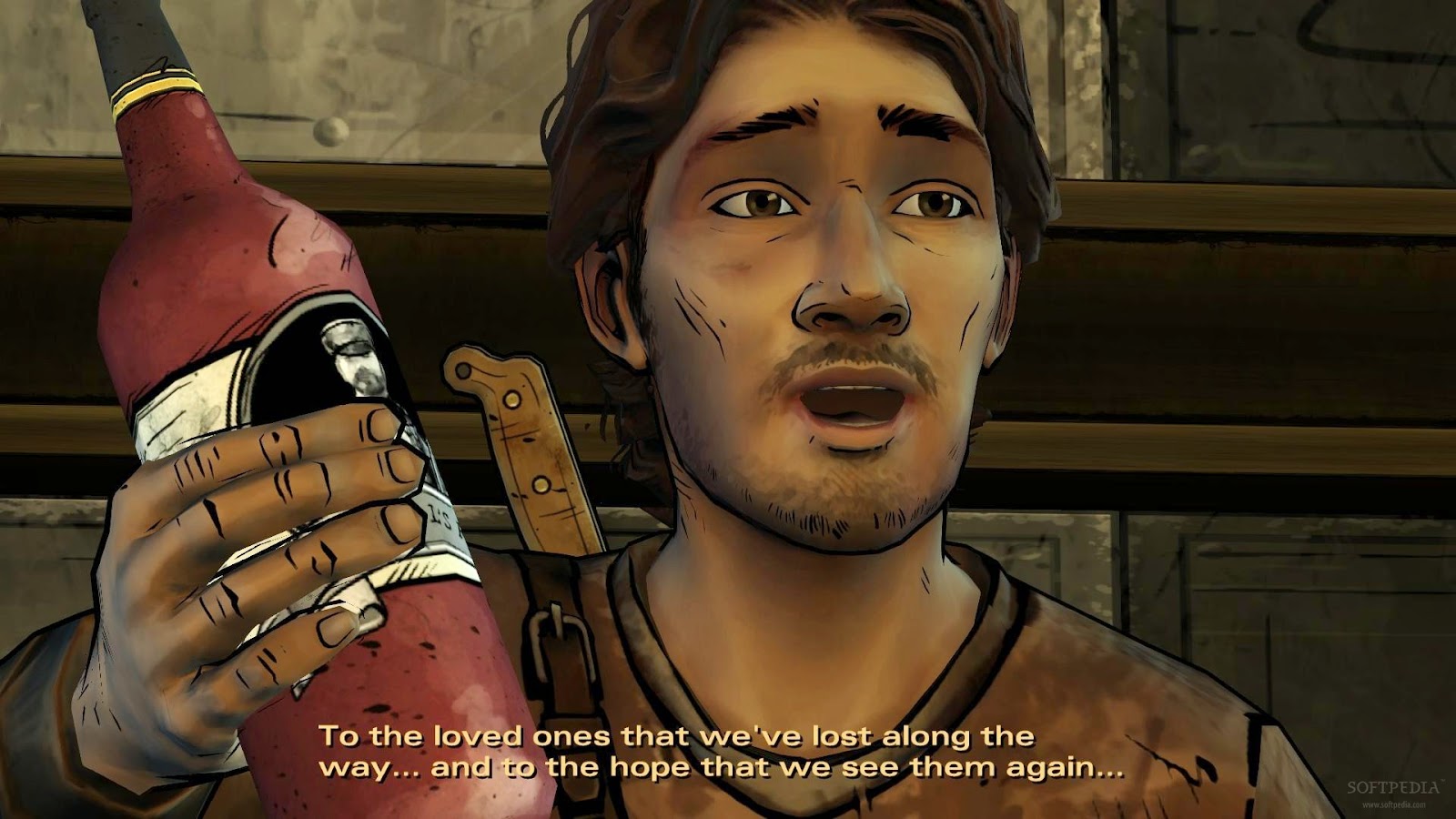 And that is what really sets this episode apart from the previous 10 episodes (including Season 1 and 400 Days).  While your decisions mattered before, they were really ripples in the stream.  Did you save X or did you save Y?  It may have mattered for a few dialogue choices or cutscenes, but it wouldn’t take long before both characters were gone and the story could continue along without having to worry about keeping track of all those decisions.  While they were somewhat disruptive in the moment, they really didn’t affect the general flow.

The Season 2 finale appears to change all of that.  There are multiple possible endings (at least 6 variations that I’m aware of) and they each set the stage for a very different experience in Season 3.  (Because who are we kidding?  There MUST be a Season 3 in the works.)  It also raises the question about whether or not Clementine can even be the protagonist in future seasons.  Telltale Games either needs to work some narrative magic to get everyone back into the same storyline or they can just start fresh with a new main character.  I really hope they don’t start the next episode with “Two years later….”  Of course, this season’s masterful storytelling gives me confidence they won’t cop out with that simple, unsatisfying transition. 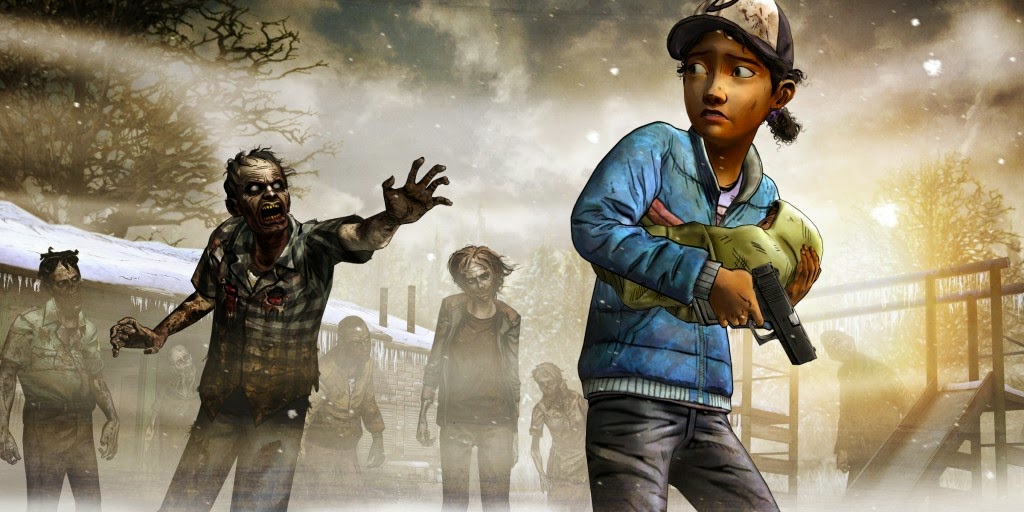 There is really little to nitpick or complain about that hasn’t been talked about in the earlier episode reviews.  I will mention, though, that my least favorite gameplay element from the whole series came roaring back in this episode.  Way back in Episode 1, I mentioned how lame it was to have a sequence where you basically moved a match in Clementine’s hand to where you wanted to light something on fire.  It is about as thoughtful and taxing and meaningful as “looking up to calibrate your armor sensors” at the beginning of every Halo game ever.   There were a number of these sequences this time around.  Put the key in the ignition.  Do it again.  I’m not sure why it bothers me so much.  I’m going to have to stick to one of my previous comments that it feels like it was stuck in just to give you something different to do.

Nitpicking aside, how did the episode compare to the others this season?  It was definitely one of the best, for sure.  I thought the pacing was pretty good, considering the somewhat unconventional approach to developing a story climax.  All good stories have to have an EVENT that really signifies the end of the journey and brings closure to its participants.  The crises in this case isn’t a big flashy chase scene or a boss battle, or an epic fight against hordes of zombies.  The zombies are present, but they are just part of the setting, not the central problem to be dealt with.  The real conflict it is a much more personal, character-driven test that really asks its characters to decide what they want to stand for and what they can live with and what is acceptable.  And it makes all the difference.

After Season 1, I told my wife “I think you’d like this game.” That wasn’t enough to get her to start it.  After Season 2, I told her “You MUST play this game.”  I can’t wait to see where her Clementing goes.