Up until the last few years the Mac was never really seen as a gaming machine, which is sad as they have always been so powerful and efficient. I remember how huge it was that Halo was originally going to come to Apple’s line of computers (only to have Microsoft gloriously sweep in and transform the title into the beloved game we have now). Ten plus years later the Apple platform is finally starting to take off, likely due to the massive mainstream popularity that the hardware has seen over the last few years. It then took time for developers to start recognizing the Mac platform as a veritable gaming rig. Fortunately along came Feral Interactive who have ported a number of top notch games over to the Apple platform (they do Linux too!) for those of us out there that wish to do a bit of gaming but have stayed away from the Windows platform. 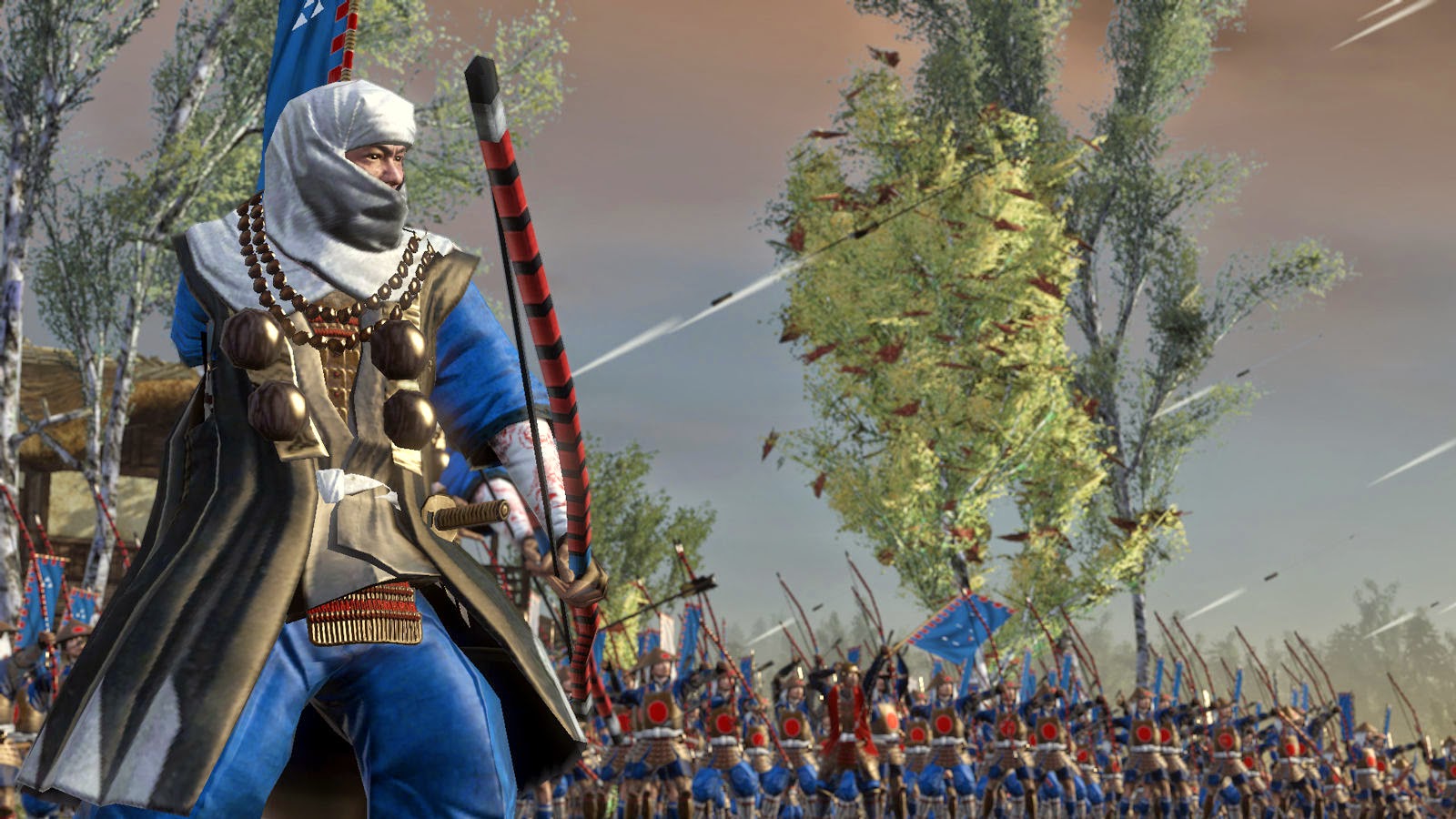 While I have been gaming on PC’s for a great many years, I generally shied away from the locked down Mac OS, as I liked a little more freedom with my computers, but as both hardware and software improved, some of the best gaming laptops that do not weigh a ton have the beloved glowing apple on their lids. When I first heard that Feral Interactive was bringing Total War: SHOGUN 2 to the Mac I pretty much did that whole fan thing, you know, where you slap yourself in the face and scream while running rapidly in place? Yeah, that was me. The Total War games on the Windows platform are generally great, the SHOGUN lines even better but does it hold up on the Mac?

For those of of you who are not in the know, the Total War series is an excellent armchair commander series of games, focusing more on combat tactics and simulation than on the more diplomatic micromanagement of games like Civilization V or Endless Space and has been around for a great many years. The SHOGUN line takes place in 16th century Japan (only containing some of the best history … ever) with period-specific units and weaponry, as well as historical figures common to the Sengoku period (pleebs would call it the “Warring States Period”) such as Oda Nobunaga, Toyotomi Hideoshi, and Tokugawa Ieyasu. Off note a little here, but I am thrilled that naming conventions have stayed proper to the Japanese style of Surname then First Name ( i.e. “Oda” is his family name, “Nobunaga” is his first name). back on track now. You are able to choose from one of just shy of a dozen clans, each with their own unique traits, skills, units and military commanders that can be leveled using RPG-style leveling. The entire premise of SHOGUN 2 is an ambitious on; you are to take your clan and raise to the top, to be the ruling shogunate that unifies The Land of the Rising Sun, albeit through diplomacy or through battle, you will rise or fall. The choice is yours.

Total War: SHOGUN 2 is an attractive game, especially with everything that is happening on screen at a time, you can see some great details. From the different branches in the trees to shoji screens in buildings, you will be feasting on some glorious details. I for one am a massive fan of the armor designs from from feudal Japan; using masterful techniques, the Japanese crafted these lightweight but extremely durable suits of armor that allowed mobility whether you were on horse or foot. Zooming in on your units you will see that on the appropriate units, you will have your pleated silks and plated leather/bamboo armors as no detail was left unturned. However, it comes at a price; my Mac is brand new and has one of those awesome Retina displays that pump gorgeous pixel-y goodness direct to your eyeball and even with all the oomph my MacBook has (well above the recommended requirements), there was a bit of graphical pop-in as well as a number of instances where framerates would drop drastically. 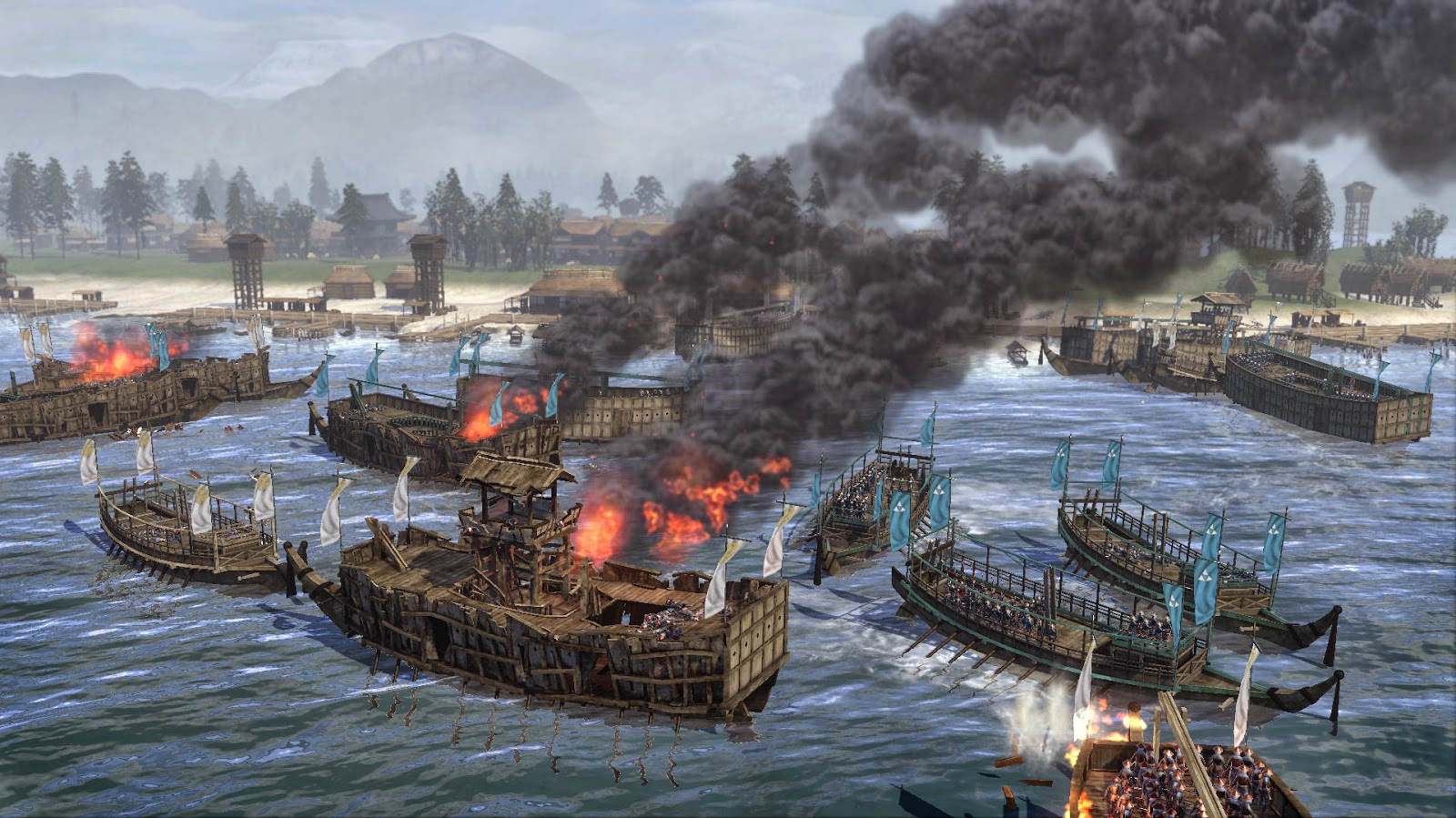 In some large battles, while zoomed out I was running crisply at about 52 FPS only to drop down to the 14 or so mark while getting closer to micromanage my units. As long as I stayed a bit farther out, which is recommended as you need to be able to see every hill, nook, or cranny I was quite happen with the framerate. Another downside to the drop in framerate when you get close is that graphics will “pop” in, starting off as low definition and in some cases staying that way until I zoomed out then back in again. Whether it is due to the Retina display or to poor visual memory management, I am not 100% sure, but I can reproduce it in every scenario I play which leads me to believe there could be more optimization done to have SHOGUN play faithfully with the Mac.

Oh the sounds of SHOGUN 2; I would love to find where I can get the soundtrack. I never say that, ever, but with Total War: SHOGUN 2 I want it and I want it now. The background tracks are so wonderfully beautiful that I would regularly start up Shogun 2 and let it play in the background. Every single track is lovingly crafter to fit in perfectly with the period at which you are playing as well as suitably dramatic at exactly the right times. It has been done so well that you cannot simply listen to the musical queues that generally indicate that you are in for some chop; every note in the soundtrack is crafted perfectly. Where Total War: SHOGUN 2 dropped the ball though is in the sound effects as they felt too focused, too tight for such a sprawling game. Echoes, ambient environmental tracks, and even combat sounds just a bit flat. When you zoom in on a particular skirmish it sounds great; the clank of steel on steel, the screams and grunting of men bleeding on a battlefield far from home, all of it is great.

Where is it not so great is if you have two skirmishing units near one another, but not close enough to be a larger battle, and you place your camera at ground level between the two all of the excellent audio points that you would hear in a single skirmish are muted and there is no direction; the audio just “is.” Now mind you the audio is not bad, I just felt that skirmish audio could be improved and on the Mac it did not seem as deep, or rich, as the Windows counterpart. The voice acting for Total War: SHOGUN 2 is, simply put, awesome. Togo Igawa, a long-time actor, and an established seiyu, more recently known for roles in The Last Samurai and Memoirs of a Geisha but best known for being the first Japanese member of The Royal Shakespeare Company, acts as Narrator and voices a general or two throughout the SHOGUN 2 collection. His excellent level of acting combined with what is one of the best soundtracks in the business, along with the other voice actors’ solid performances, leaves very little for improvement; it is just that good. 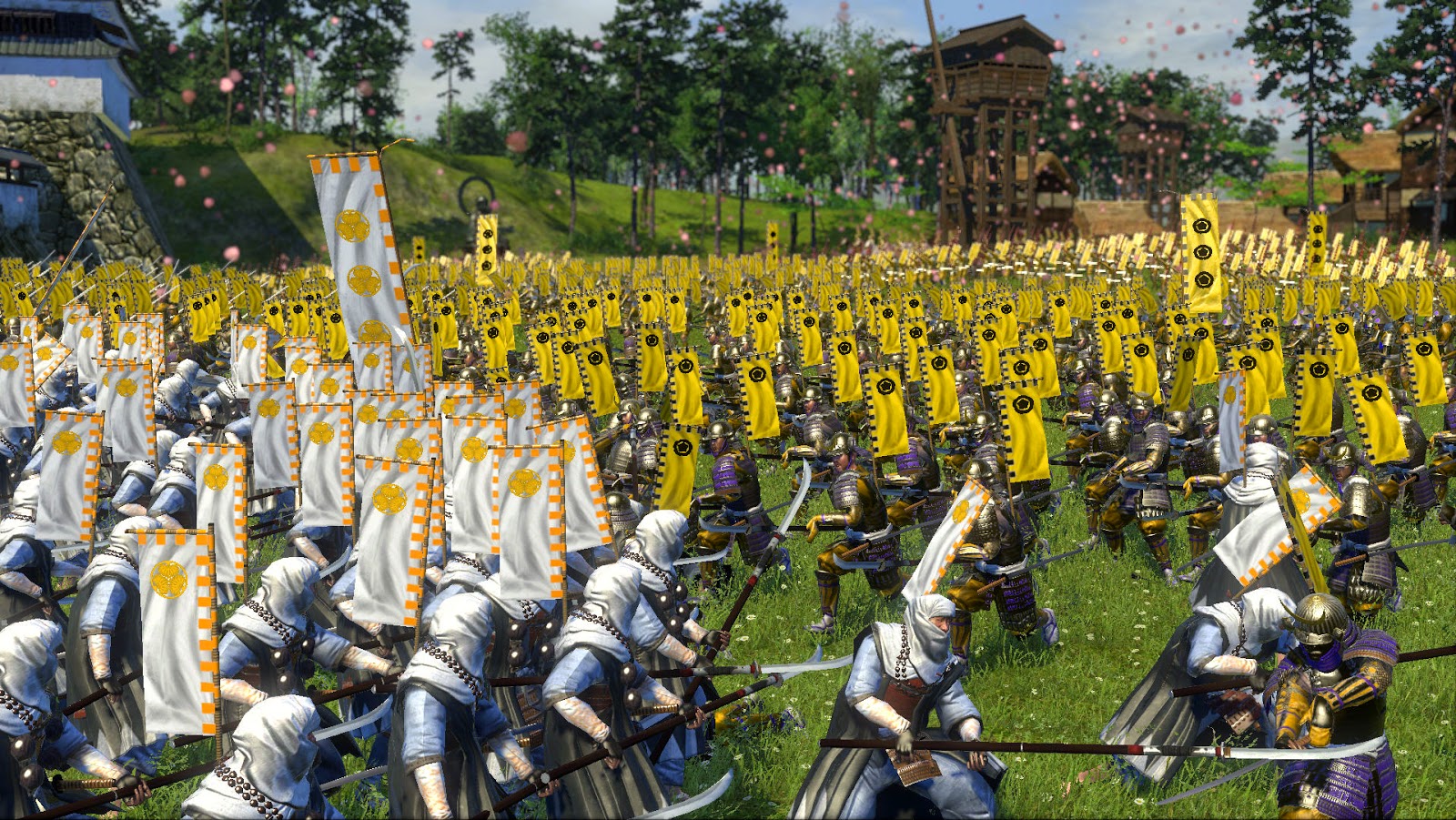 Where Total War: SHOGUN 2 really shines is in its combat; huge maps with detailed terrain will be your battlegrounds, sometimes taking many minutes for a foot unit to traverse the expansive terrain to get to a good vantage point or join into the fray. Where most strategy games do not take into affect stats like Fatigue, Total War will punish you mercilessly if you run your Yari Ashigaru (spear infantry) or your katana Ronin across a battlefield at double-time (to increase their speed), as they will arrive at the scene of battle tired and worn out. I found that on maps where I could use cavalry to good effect, I would double-time my infantry to choke points or to flank the enemy and then use my cavalry to stand guard to allow the infantry to recover their stamina before setting to work clearing my enemies.

I think that what was most startling though, was the difference in the AI’s tactics, sometimes using a baiting hit-and-run tactic to try to draw out units to throwing a large force at a well-defended location to only slip a handful of units around to the back to strike my flanks hard, causing my forward lines to collapse due to morale. More than once I was saved by my cavalry units arriving in the nick of time to fortify the lines before they fell. I cannot remember the last time I played an AI opponent so fluid and reactive, though I did run into one or two maps where for some reason a unit or two, on both sides, just sort of stood there staring at one another without acting. It was odd but generally short-lived, as pulling up cavalry or heavy infantry and ramming the opposing unit generally kickstarted things.

All-in-all I could not ask for anything more of Total War: SHOGUN 2 outside of an improvement in the standard sound effects; the soundtrack and narration more than make up for it though, as they are both fantastic. Even though my Mac exceeds the requirements for SHOGUN 2 by a fair margin there were plenty of times where my framerate would drop drastically, sometimes down to the single digits. I had not seen this behavior on my aging Samsung Chronos 7 laptop which leads me to believe that graphical optimization could be a bit better. An unintended side effect of the dropped framerate lead to pop-in for details like the sashimono, tree details, and the grass but the most devastating is certainly the sashimono pop-in. More than once I was down in the fray micromanaging my units when a new unit would arrive and I was unable to determine its allegiance as its sashimono (banner) would not draw in until it was too late. I lost more than one skirmish to it and it was quite frustrating at times. Outside of those details, Total War: SHOGUN 2 is a fantastic port of an amazing game to a platform that deserves this kind of quality attention. I strongly recommend that any self-respecting gamer with a Mac pick up Total War: Shogun 2.