comments Share
You are reading
Watch the Prologue of Hellraid

Several months ago, we took a look at the upcoming title Hellraid. Well now there is a video of the prologue that showed previously and it looks slick. 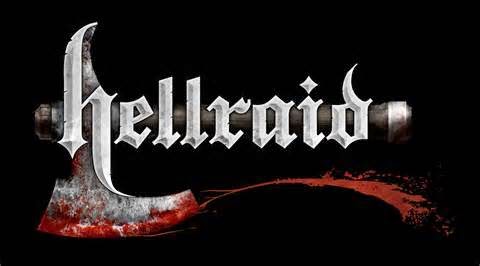 If you missed the stream of Hellraid’s prologue (which you may have also seen at Gamescom), there’s now a YouTube version of it up! Check it; the Hellraid team at Techland has been heavily inspired by games like Hexen, Heretic and Dark Messiah of Might & Magic with this one… loot, demons, hard-hitting combat.

On September 16th, a live stream of an upcoming FPP hack’n’slash title Hellraid was broadcast by Techland. Everyone who tuned in to Techland’s Twitch channel had a chance to see the game for the first time after its transition to Chrome Engine 6 – a proprietary next-gen engine known for fuelling Techland’s much anticipated Dying Light. The stream has been recorded and can now be watched on YouTube.

In April, Techland announced that Hellraid would come to next-gen platforms and was now undergoing a transition to Chrome Engine 6, the latest version of Techland’s technology designed to take full advantage of the new hardware generation. In August, the effect of this profound change was presented to invited journalists at gamescom in Cologne, Germany. Now everyone can see how these months of hard work have changed Hellraid.

Hellraid is coming to PC, Playstation 4 and Xbox One in 2015. A Steam Early Access for PC is planned for fall 2014.

About Techland
Techland is a leading Polish developer, publisher and distributor of PC and console games. Its proprietary Chrome Engine 6 technology is among the world’s most advanced game engines, with Xbox One, PlayStation 4, Xbox 360, PC and PlayStation 3 compatibility and full DirectX 11 support. With a staff of about 260 specialists in four offices in Wroclaw, Warsaw, Ostrow Wielkopolski and in Vancouver, Canada, Techland is committed to delivering top-quality titles for worldwide markets.

And here is that video: