For fighting fans, there is actually quite a bit to like about Arcana Heart 3, despite an awkward title and lackluster story. Combat is the name of the game, and here it is a solid 2D fighter with smooth, responsive controls and a large cast of diversely designed characters. 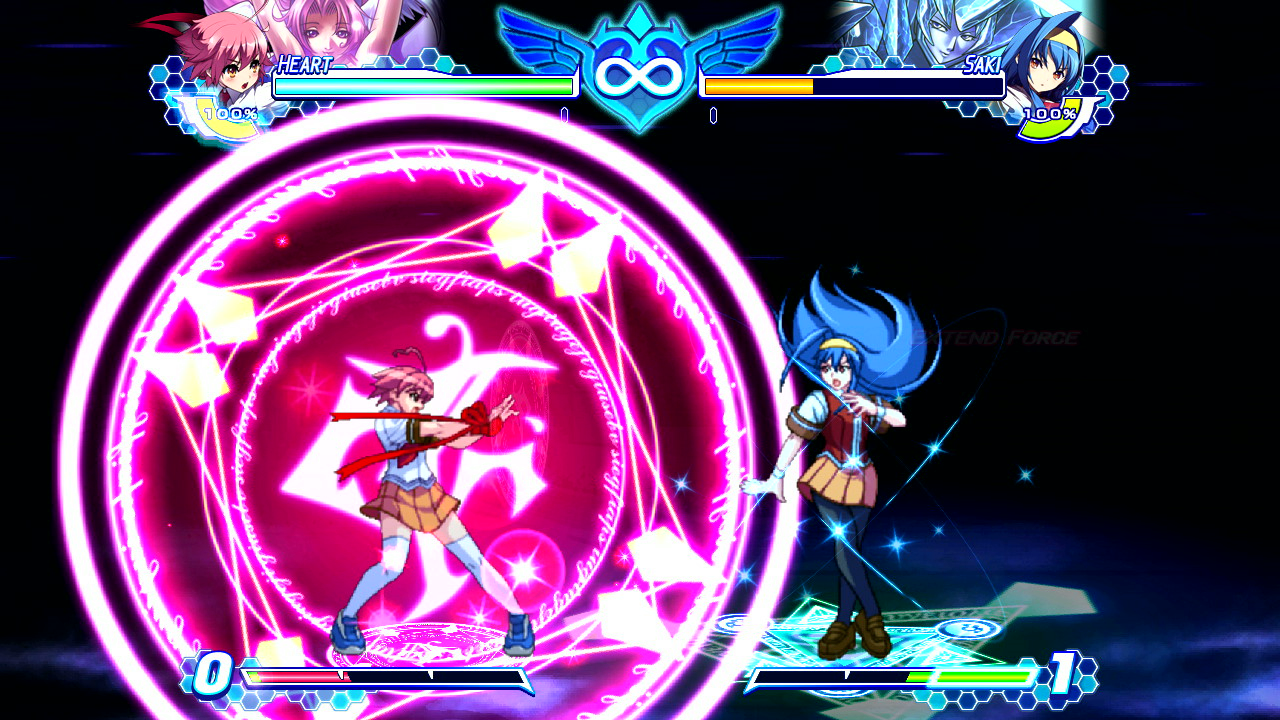 Stories in fighting games are often difficult to put together logically. On the one hand, fighting games give you access to a wide range of characters, and inevitably one or two winds up becoming your favorite. The developers want to do justice by those characters, so they set up a game with a story and an ending that caters to that. However, if you are like me and have a tendency to play through the story mode with every character in a fighting game like this, things can start to feel disjointed and a bit muddled. Thankfully Arcana Heart 3’s story holds together better than some of the ones I have played in the past, but that does not make it a terribly interesting story at the end of the day.

Thankfully that can easily be forgiven because the majority of the time spent with Arcana Heart 3 is going to be fighting, and the engine that is in place is fast, fluid and fair – three very important aspects to any fighting title. Characters share command sets, but they are well-balanced by and large and the variety between the moves that plays out is pretty impressive. Visually the graphics feel a bit low resolution, with a lack of detail that is thankfully offset by a steady framerate and interesting character design. If having anime-inspired females pulling off ridiculously powerful moves in combat appeals to you, then this game should feel right at home in your PlayStation. 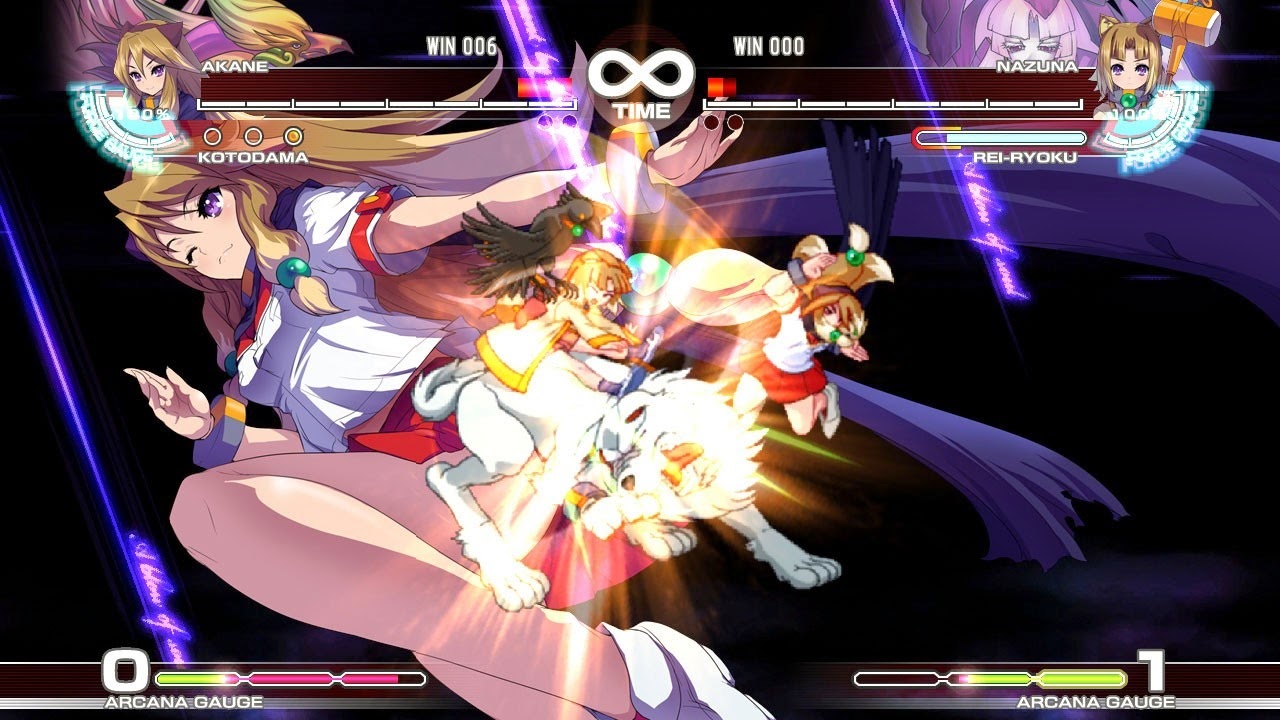 Like any competent fighter, Arcana Max 3 has a fairly low barrier of entry, with controls that are easy to pick up. Light, medium, hard and ‘chase’ attacks map out on the face buttons with the shoulders and triggers serving as a means to have combination buttons put together. The chase or pursuit button is nice, because you can zoom right in on someone and keep the combat going. It makes you vulnerable for a moment, but keeps battles from devolving into a ranged fireball exchange like so many Street Fighter matches tend to become.

The controls lend themselves towards some button mashing early on. In truth most of my online matches were against people who just spammed the same one or two attacks over and over again. However, there is an absolute benefit to getting to know the characters better and understanding which moves to use when. Sometimes a basic jump kick/low sweep attack is sufficient, but other times knowing when to break out an upward rising strike or a ranged move is needed. By delving into the deeper levels of the combat system, I was able to consistently come out ahead of the button mashers online. 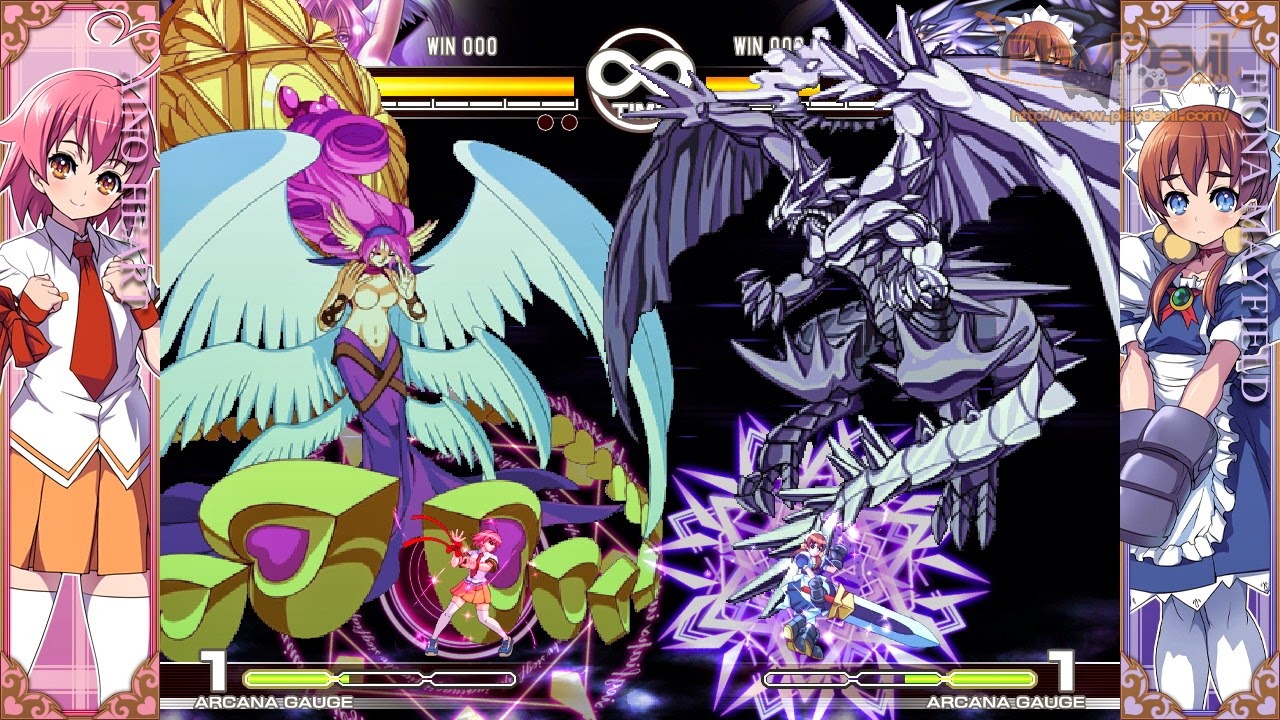 Because this is a fighting game, there is of course a story mode and versus modes, but you also see some of the other genre standards such as time attacks and such. What was interesting was a post-story mode that gives access to just a bit more content. It’s a shame that the story did not resonate with me a bit better, but I appreciated the excuse to keep fighting and see what more was in store for the characters. Add all of these modes to a variety of options that range from game difficulty to button customization and the different unlockable galleries of content, and Arcana Heart 3 provides a good deal of content to play through.

While the colorful visuals could have been sharper and the voices localized, I enjoyed the overall presentation of Arcana Heart 3: LOVEMAX!!!!!. It is not quite as polished as some of the big AAA fighters out there, but the engine is well-designed and there is a lot of content to play through, making it a worthy competitor in the fighting space.