Diablo was a title that fathered an entire genre of gaming with series such as Sacred, Van Helsing, the homage that are Torchlight/Torchlight 2, and continues to evolve to this day even within its own sequels. Diablo III came out years ago for the PC and once again the console portion of the gaming community asked why in this day and age they couldn’t get it. To me Diablo was a PC game, with network features, designed to play with a keyboard and a mouse. I’ve played countless hours of Diablo III on my PC with my brother and several friends and it was fun. Shorter near the end of the game, but fun. Then Blizzard did something they hadn’t done since 1998, they made a console port. 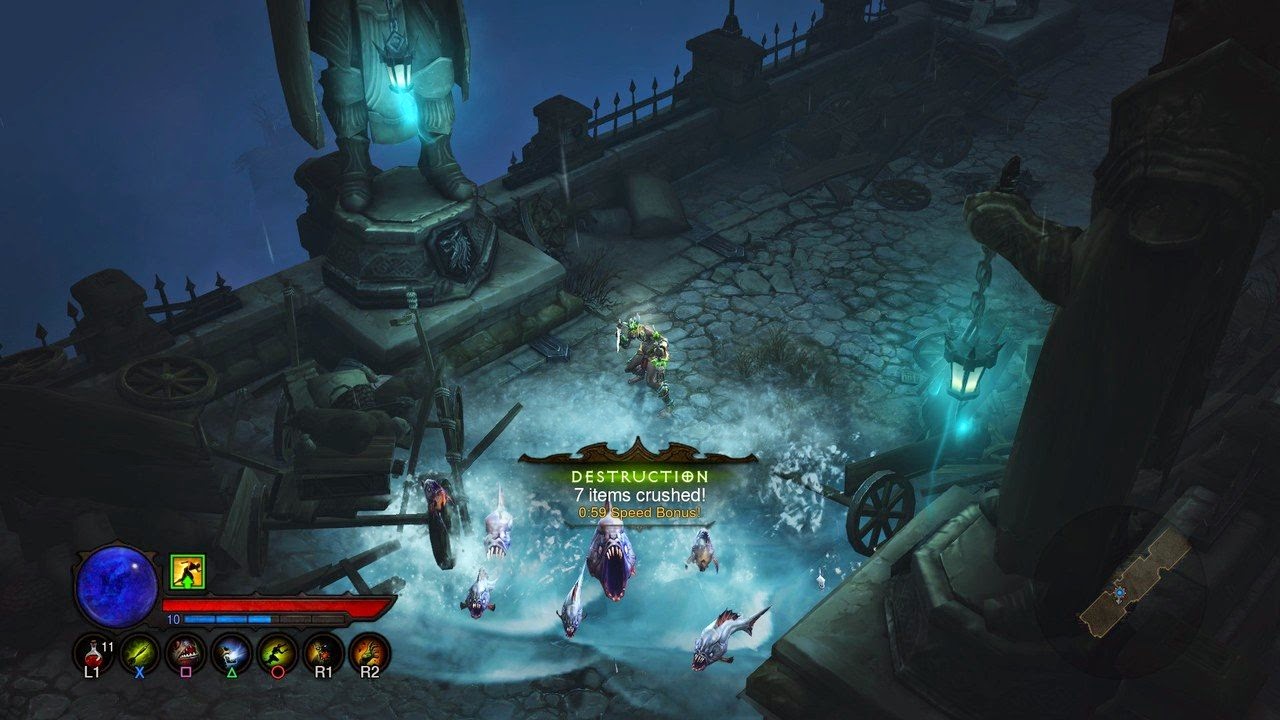 Diablo III came to the PS3 and the Xbox 360 with a revamp of the system to work with the controllers. This goal was was nothing short of a success. Blizzard announced at some point that there would be at least two new character classes released, meaning that hopefully the newer expansion of Reaper of Souls is just the start. But only the PC got Reaper of Souls. It was an expansion. What of the console gamers? Why weren’t they getting it? Once again it went to an “us vs them” argument until Blizzard finally said worry not, the expansion is coming, but with an overhaul of the system including the Loot 2.0 as Diablo III: Ultimate Evil Edition.

The Ultimate Evil Edition for the consoles incorporates the entirety of Diablo III and the expansion of the Reaper of Souls on one disk. This was allowing for the easy entry of any players on the PS4 and the Xbox One as the original console version had released only upon the PS3 and the Xbox360. Starting from the top, and this was one of the coolest things that Blizzard could have done… though it does beg the question as to why we can’t have cross platform network play through Battlenet… is that players from either the PS3 or the Xbox360 were given the chance to export their characters and then import them to a the next gen console of their choice. Being given this choice was huge for gamers though for some it actually begged some thought as to which one they would decide to go with. Now onto the game itself! 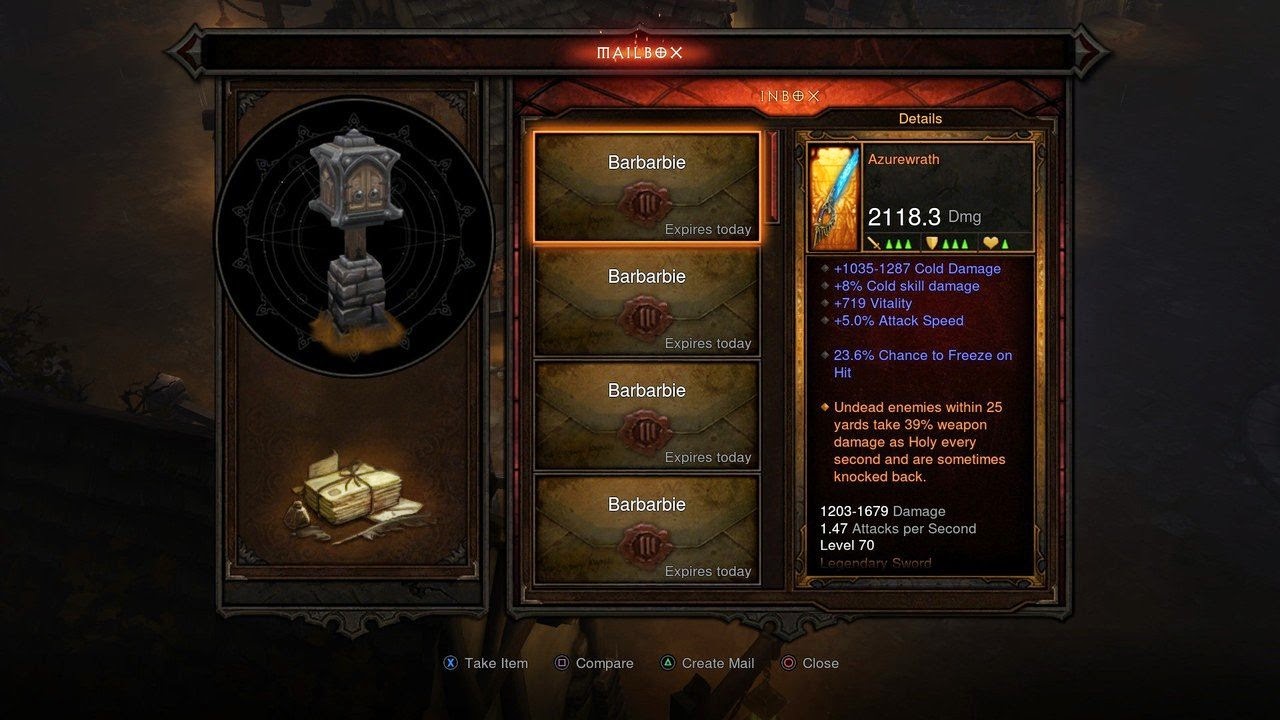 Diablo III: Reaper of Souls features a total of six classes (Male/Female options for each one that are for nothing more than aesthetics) to slay enemies while running around the worlds of Sanctuary, Heaven, and Pandemonium. Each class works quite differently from the other with the original Diablo III classes of Barbarian, Demon Hunter, Monk, Wizard, and Witch Doctor pretty much remaining the same. Reaper of Souls adds the Crusader who, while not being as awesome as the Paladin of Diablo 2, is still pretty impressive with his various close and long range abilities while wielding a shield and either a one or two handed weapon one-handedly. Wait.. he can what? Yes. He can wield a two-handed weapon in one hand. It requires a passive ability, but it can still be done with much awesome!

Along with the new class, players are now able to level up to 70 instead of just 60 which while not only adds to the players overall base stats, but also grants players a new fourth passive ability that unlocks at this last level. Now generally with games from blizzard this is something that fits into the for par section. It’s what they did with this that feels like it changed everything.

Gone now are the various difficulties that used to require completing the story before moving onto the next harder one. Now there is “one difficulty” with modifiers that can be changed on the fly within one level up or down depending on the need while in game. From the main menu however, any difficulty can be selected which sets the one up/down point while playing. Starting off the highest difficulties will be locked off until the first four acts have been completed. Once Act 4 has been completed players can go nuts at any difficulty that they choose. These difficulties change attributes such as monsters abilities, adding to the percentage of experience and gold gained. 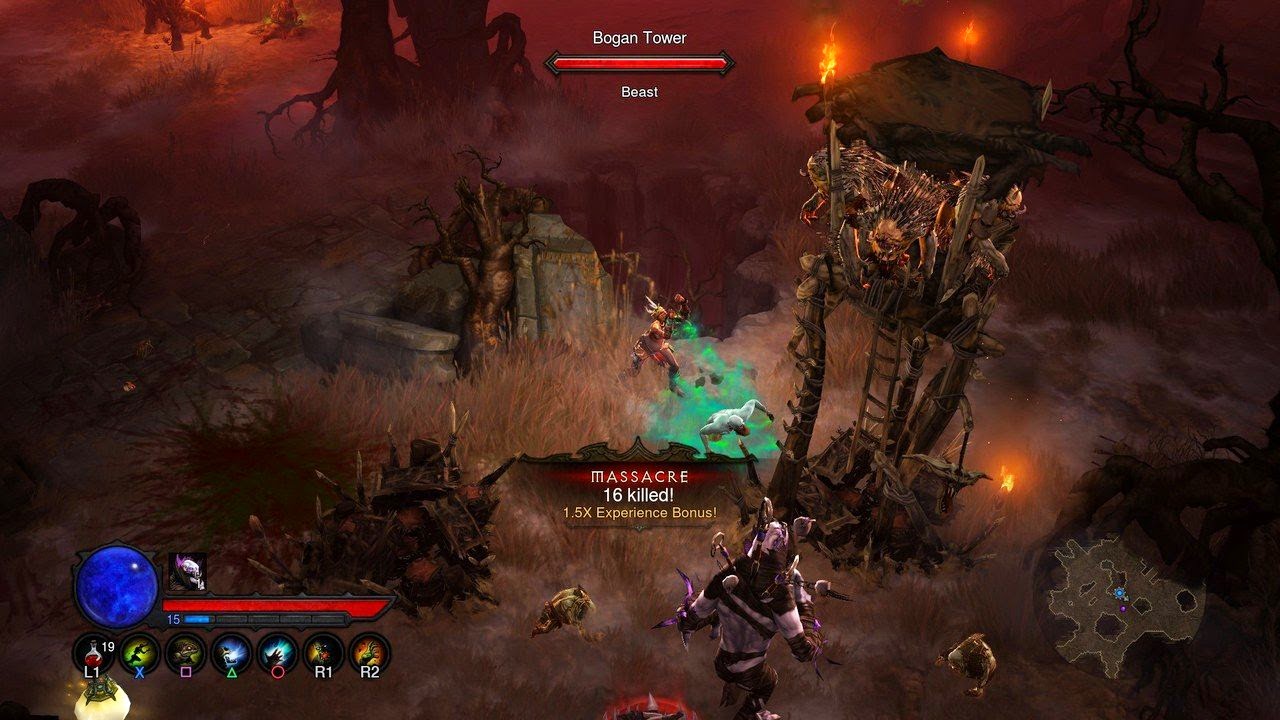 Following close on the heels of the difficulty, several other features were added such as an Apprentice Mode, Adventure Mode, and Nephalem Rifts. Apprentice Mode is maybe one of the best possible features that could have been added multiplayer-wise in which allows players that are more than four levels apart to play on even ground regardless of the levels in between. This allows for all the players to maintain proper experience ratios instead of giving both multiple experience penalties. This can allow someone to level up a new character instead of either having to do it on their own, have someone else restart, or take massive penalties.

Adventure Mode takes place after Act 5 has been completed for the first time in which characters get to re-explore the various Acts with “Bounties” that act as quest goals. Each Act has five bounties that can be done to obtain fragments which can be combined to make a key which leads to the last of the features, the Nephalem Rifts. Nephalem Rifts are randomly generated dungeon crawling areas in which characters must defeat “100%” of the enemies in order to summon the boss for not only loads of experience, but also epic loot. Introduced along with this are Blood Shards that can be traded in for “Mystery Weapons” that, like anything else that drops or is acquired, can be amazing… or used for material salvaging. You know, the normal affair of things.

One of my favorite additions to Diablo, other than the ever scaling difficulty, or changeable modifiers, is that once players hit 70, Paragon levels are still there, but they now do something a bit different. Now players who gain, 1, 5, 10, 100, 300, 600 (I’ve seen it and it scared me) levels can add boosters to any other character that they have for the same amount of Paragon. This makes new characters that much easier to level up especially if there are a lot of levels to play with. These levels can modify attributes such as adding 5 points to the characters main attribute such as STR, VIT, INT, DEX, per single point. Other attributes such as attack speed or life on hit can also be done. There are four separate categories each with four options, and each one of these categories gains one point every four levels making it that players could not just span their primary attribute. 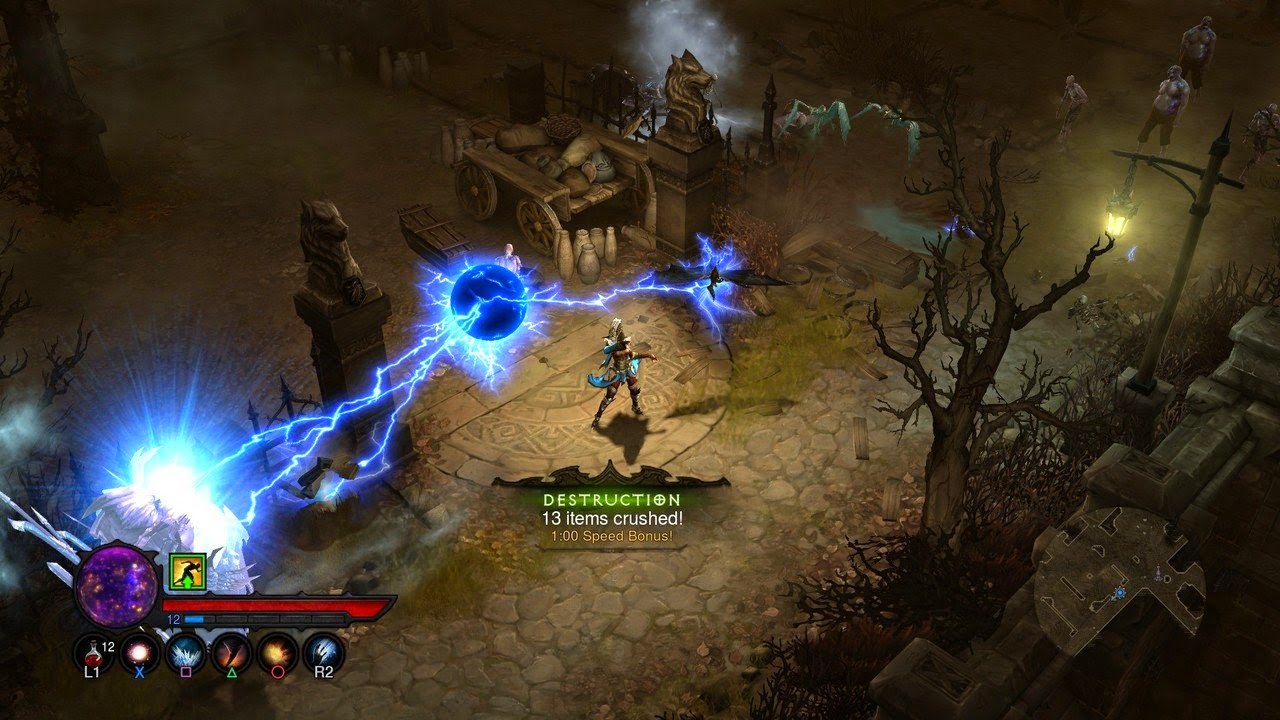 This allows players who pick up awesome gear but don’t like the look to change it to anything that they’ve picked up in the past from common appearances to more unique ones. Each option has a cost, but sometimes the 500 gold options looks better than some of the 50,000 gold options. It’s not often, but it does happen. Now because just changing the looks would be boring (no not really… who lets you write these things?) but players can also use the Enchanting option will allows for the re-rolling of an attribute of your choice to a randomized option. If you didn’t like find 10% more gold you could change it to an enhanced critical rate chance or even a modifier to a stat. While the randomization can be a bit annoying at times as what you want does not appear, players may do this as many times as they wish in regards to the original selected one. Only the first one selected can be changed over and over as the others become permanently locked into place.

Diablo III originally had a couple disappointments to me. Overall it was a decent game but it had felt lacking, especially by the 4th Act with how short it is. If I had to give the original a score, it would have been somewhere in the 6.5-7 range. Reaper of Souls fixed just about every single issue that I had with the original and the addition of the Adventure Mode create a new form of endgame that makes it fun to keep playing. Now I was playing this on a console and sadly, I have to ding it for one thing. I’ve played most of this couch co-op, and the amount of times that one or the other of us has died to being stuck at a part of the screen kind of sucked. It wasn’t so bad at the beginning but once the difficulty modifiers are brought higher and higher, there was a lot more dying as we not only play different styles (I love melee, she loves range) but we would try to run in opposite directions. If a Lego styled split screen once we were too far could be put into effect it would solve everything. This boils over to the blacksmith, enchanter, transmuter, that you are stuck waiting for the other players and only gets worse as there are more players on the couch. Some of the four players nights had be doing chores in the meantime. I had that much time.

Diablo III: Ultimate Evil Edition fixes a lot of issues that I had with Diablo III (PC/PS3) as well as making a much better overall experience. Now while I did enjoy Diablo III, it wasn’t exactly up there as one of my favorite games, but with the amount of work and polish that came with the first expansion it raises it’s notches enough to make a good game into a great game which I spent more and more time playing every time that I was supposed to be writing this *whistles innocently*.