Evolve has been one of the more talked about games over the last several months, and 2K Games is giving players a chance to get a very early look at the title. 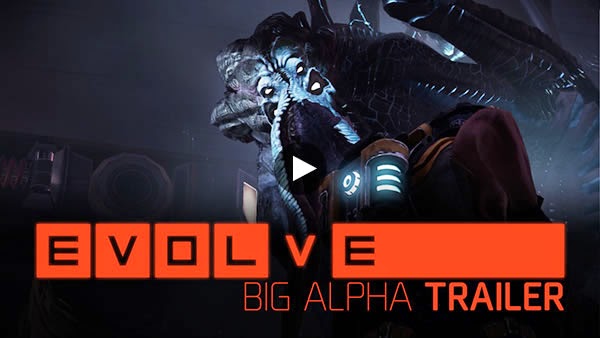 We brought Evolve to the biggest events of the year. We won Game of Show at both E3 and Gamescom. And now we’re bringing Evolve to you.


The Big Alpha will be available worldwide* first on Xbox One, beginning October 30 through November 2, 2014. Limited access will also be available on PlayStation®4 and PC** from October 31 to November 2, 2014. Players can register for a chance to participate in the alpha test starting today by visiting www.EvolveGame.com/BigAlpha and entering the code below.


In addition to getting a first look at this amazing game, you’ll also be helping to make Evolve the best game possible. We need to stress test the servers and the matchmaking system, look at balance, unlock rates, etc. The alpha test is not fully representative of the final product, but it’s our chance to see what the game looks like in the real world and data gathered in the tests will help make Evolve the best game it can possibly be.


For those of you who haven’t pre-ordered, now is your chance. In addition to access to the Big Alpha, everyone who pre-orders will also receive the Monster Expansion Pack, which includes the fourth playable monster for free when it becomes available after launch, as well as the alternative Savage Goliath skin. The Monster Expansion Pack will be available to all those that pre-order Evolve before the game ships.

And hey – how about a trailer too?