I never really planned on playing World of Warcraft again. Recently however, Blizzard ran a promotion that proved to be the final hook in getting me to recreate some characters and play again for the first time in years. There were some other factors as well, including friends at work who played, but at the end of the day I found myself almost too easily thrown right back into the mix. With the new patch 6.0.2 patch ready to go live today, I thought this was a good time to reflect on my time back in Azeroth. First, a bit of my back-history with the game. I was among the very early adopters back when World of Warcraft first released. I
played for a couple of years pretty heavily, having maxed out several
characters to level 60. I was struggling to keep up with bills and work
and just called it good and a buddy of mine wound up with all of my
characters. I was mostly a solo player and just picked a random server and met a few people through the experience but was not playing with any of my actual friends.

Then came my second tour of duty, which began right before the Wrath of the Lich King expansion came out (about a month prior). This was due to several of my old high school and college Dungeons & Dragons friends wanting to get together and play something now that we all occupied very different zip codes. This was a much more social experience than before and I enjoyed it a great deal. Unfortunately time and commitments got the best of several of my friends and what was a modest but entertaining guild of about eleven people was sitting around three.

I was also starting to play more games on more consoles – and I began to write for this site and this was just prior to Cataclysm coming out and I frankly did not want to spend the money on it just then. Time was getting harder to come by between work, family and other interests. I again handed over my account to another friend and was content to be completely done with the game. Or so I thought. In reality, I was doing quite well. I logged a boatload of time during both of my prior tours with World of Warcraft, maxing out several characters each time and becoming very, very familiar with the human quest lines (my preferred race – even if I need to take another race I eventually move them into Stormwind once I get out of the starting region). 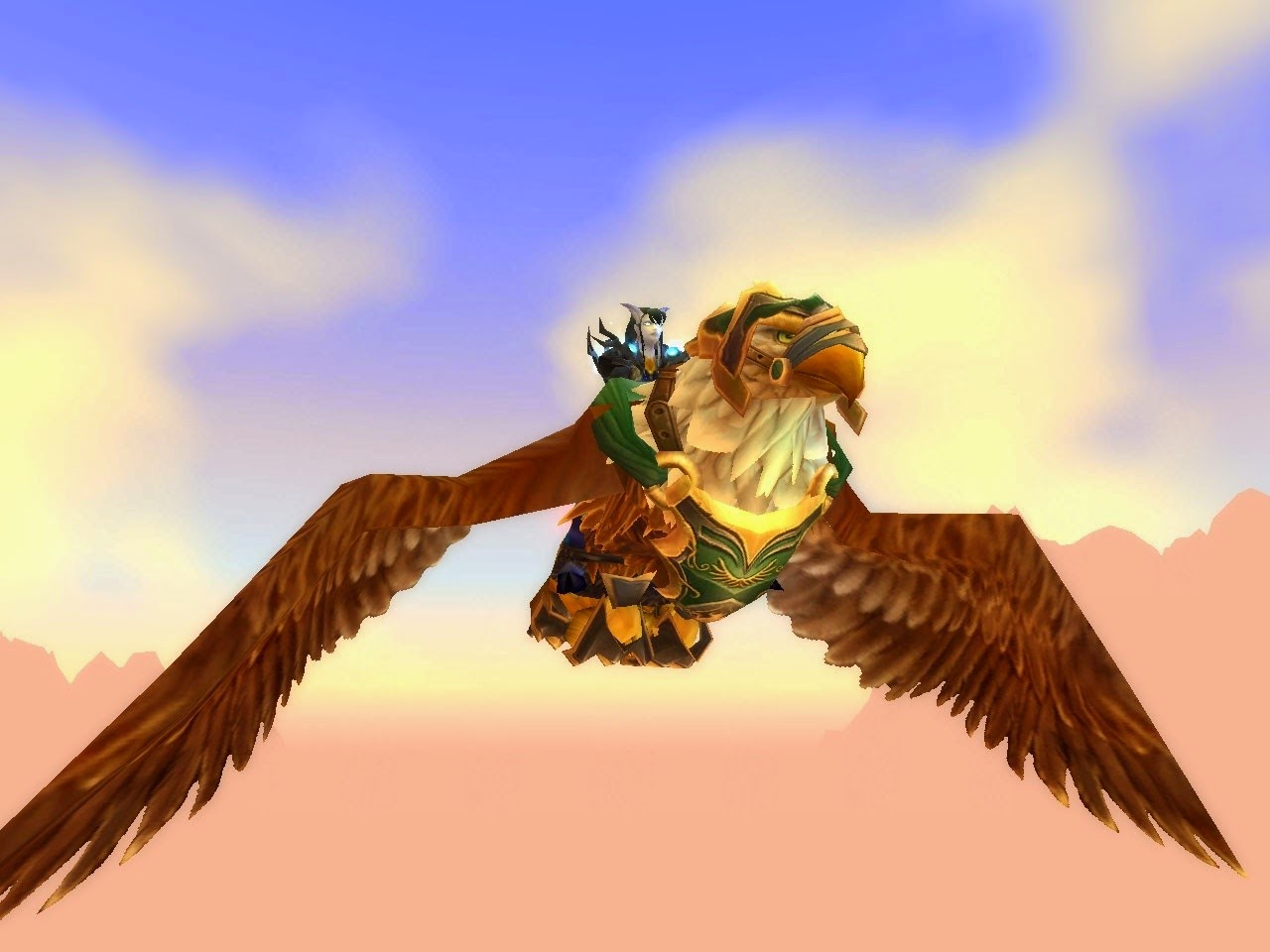 I got my hands on several MMOs over the following years and enjoyed them well enough, mentally comparing them to World of Warcraft because it was my favorite from the Genre. Titles like Guildwars 2 and Final Fantasy XIV: A Realm Reborn were a great deal of fun, but I have not played the former in some time and let my subscription to the latter lapse about two months ago.

So a few months ago several of my friends at work had gotten into playing World of Warcraft, including all of them ordering Warlords of Draenor in advance. They were playing on lunch, chatting about their successes with it. One of the guys was brand new to the game, the others experienced. I admit that I enjoyed listening and even briefly chiming in on the conversations. I knew the game had changed a good deal with Cataclysm and also Mists, but I was curious all the same.

Then Blizzard, in a brilliant bit of marketing offered me one month for free, with all of the content up through Cataclysm. I do not recall the exact wording of the email, just that it was due to the fact I buy up loads of their other stuff and they had my email address handy. Either way, it was a zero barrier, low risk way of seeing how different Azeroth has become over the last few years. 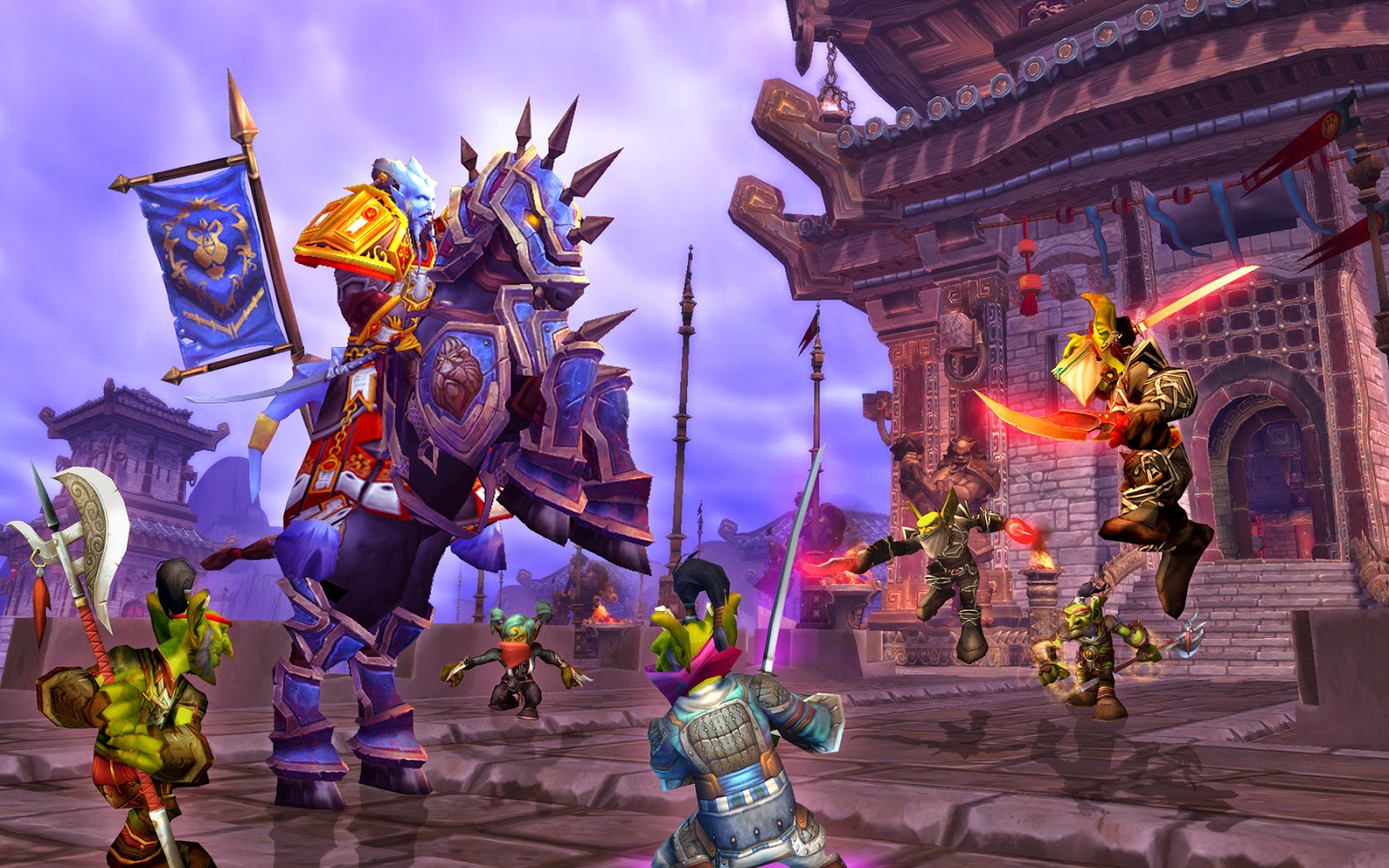 What I found was a world with some differences. Darcy in Redridge is now married to Guard Parker, whom when I had recalled having a quest to bring him a lunch because she was sweet on him. Now they even have a daughter named Libby. Out in Westfall the Furlbrow Pumpkin Patch grew into a Pumpkin Farm – though the Furlbrows themselves have been murdered. Hogger is still an elite and still the target of a quest, though it plays out a bit differently now. Also, the VanCleef name gets used in a slightly different way when venturing into the Deadmines.

I can appreciate that quest lines are easier now for people who prefer to play solo (I am still one of those, despite friends being one of the hooks to get me back in). Some things feel oddly missing as well. I used to venture into the Twilight Grove every time I was passing through Duskwood to see if one of the great Dragons of Nightmare was skulking about. I was never able to beat one, but I had been chased a few times and had some great old screenshots on my lousy old computer from my trips there. I stopped by a few times recently on my third tour of World of Warcraft and never saw any activity, so I looked them up only to realize that they no longer spawn there, making Twilight Grove feel beautifully, almost sadly empty amidst the darkness of Duskwood. 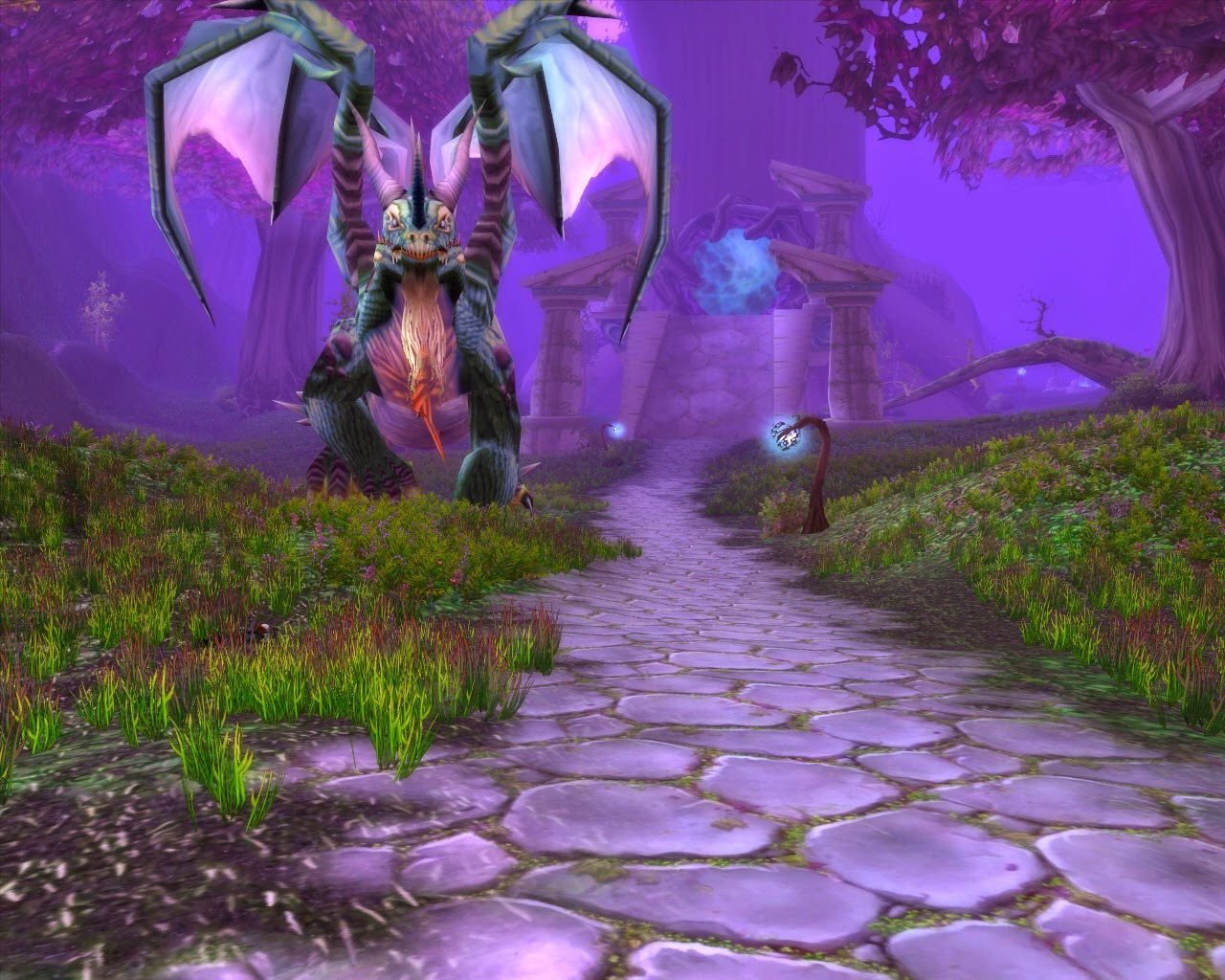 And despite these differences, so many other things were the same. For example: Hogger and the Deadmines rank among the first elites and instances encountered. Goldshire is still a crazy cluster of people chilling at the inn for no apparent reason. Goldtooth still has that necklace. I honestly expected more changes throughout the game based on Cataclysm, but having played through a fairly wide range of levels over the last month (one of each class on the same server, one character around level 30, a death knight in the 60’s), there is a certain familiarity that is comfortable.

I do not find myself playing World of Warcraft quite as much this time around. The game is certainly easier (with more ways to gain experience quickly and fewer elites littering the open world, plus markers all but hold your hand through the majority of quests), with some characters in the 20’s that have not died yet.

As to whether or not Blizzard’s email strategy worked? Well – it did for me. I just renewed the other day and pre-ordered Warlords of Draenor now. I fully expect to come home tonight and fire up the patched game (no doubt battling server lag as plenty of others are trying to do the same), and explore the things that are new.

World of Warcraft has grown long in the tooth, there is no doubt of that. I really like some of the changes I have seen (I enjoy the guild leveling, though I know that goes away soon) and admittedly do not like others (I feel like the leveling process is too streamlined, less customized – I enjoyed putting points into my skill trees), but at the end of the day I sit down and I play. I gain some levels and improve some professions and it feels like time well spent. Video game comfort food, that’s what World of Warcraft has become to me. Perfect with winter right around the corner. 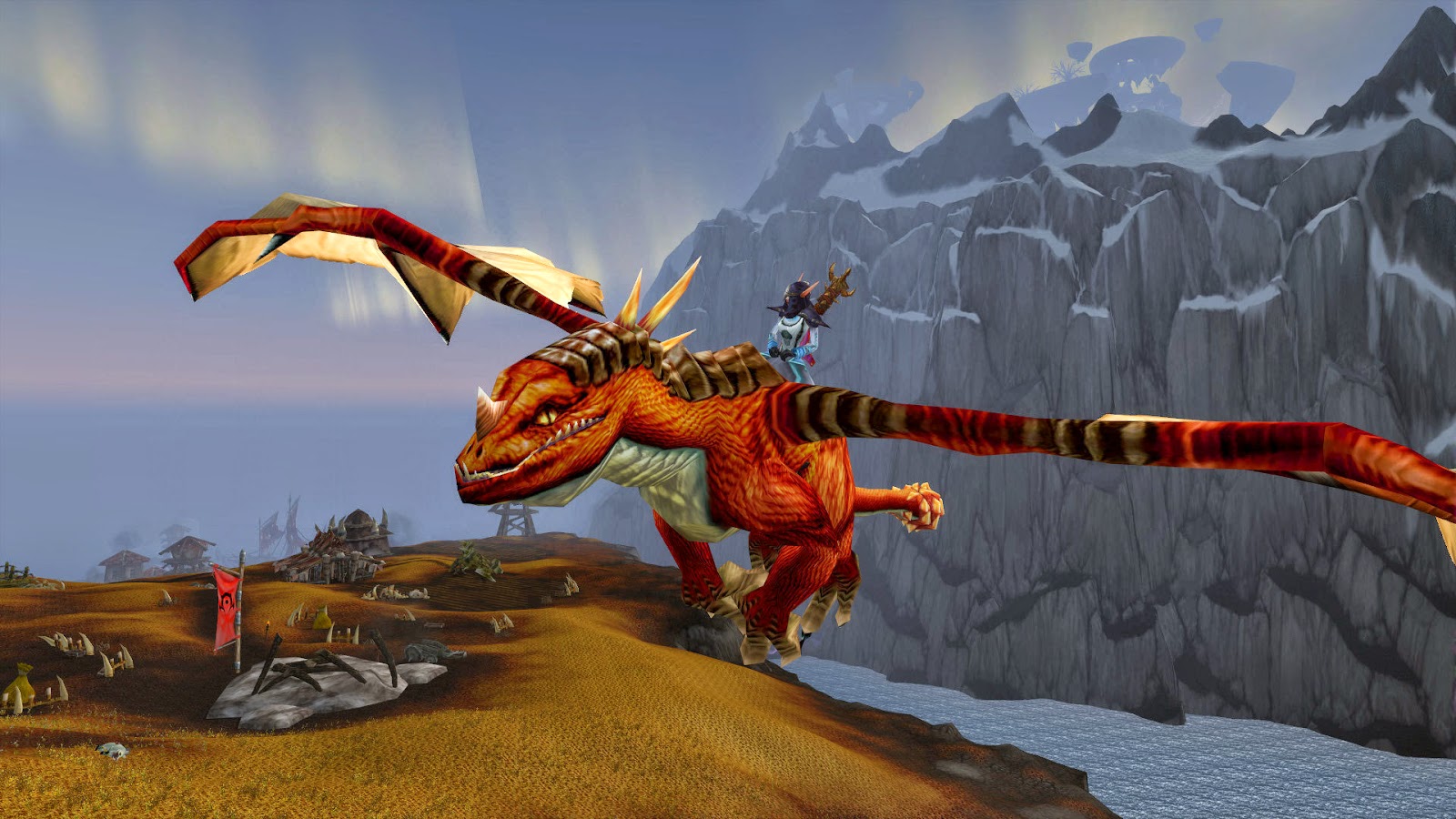