With some new screens and specific information about the titles, the Phoenix Wright: Ace Attorney Trilogy looks to sneak in just before Christmas. 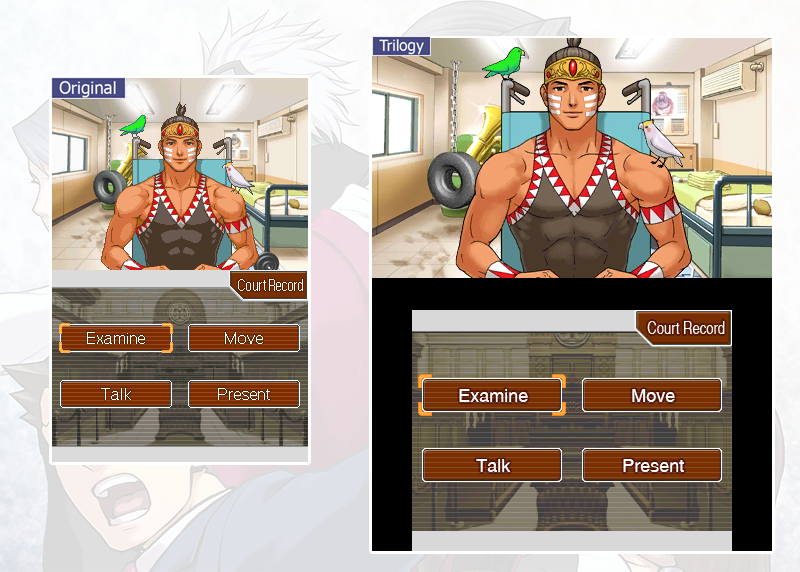 EUREKA! A new piece of evidence has been added to the Court Record. During the “World of Capcom” panel today at New York Comic Con, Capcom confirmed that Phoenix Wright: Ace Attorney Trilogy will be releasing on the Nintendo eShop for Nintendo 3DS on December 9 for North America and December 11 across Europe. Everyone at New York Comic Con this weekend can visit Capcom in booth #1604 to get hands-on time with the game and experience all of the courtroom drama.

A new collection of comparison assets have been released today, which feature screens from the original Nintendo DS release of Phoenix Wright: Ace Attorney – Justice For All side-by-side with screens from the upcoming remastered Nintendo 3DS game. These screens highlight the stunning high resolution re-drawn graphics that are featured in the upcoming game.

To download these new assets, please visit the Capcom press site at press.capcom.com.

About Phoenix Wright: Ace Attorney Trilogy  (Nintendo eShop on Nintendo 3DS):
Join rookie lawyer Phoenix Wright through the early years of his career in his quest to find the truth behind all of the classic cases! Prepare for intense courtroom showdowns by investigating crime scenes, collecting evidence, and questioning witnesses. Use evidence and the testimonies of witnesses to your advantage as you battle for the innocence of your client. Nothing less of a full acquittal will do in this court of law. Find the contradictions in witnesses’ testimonies to expose the truth!

And some new screens: 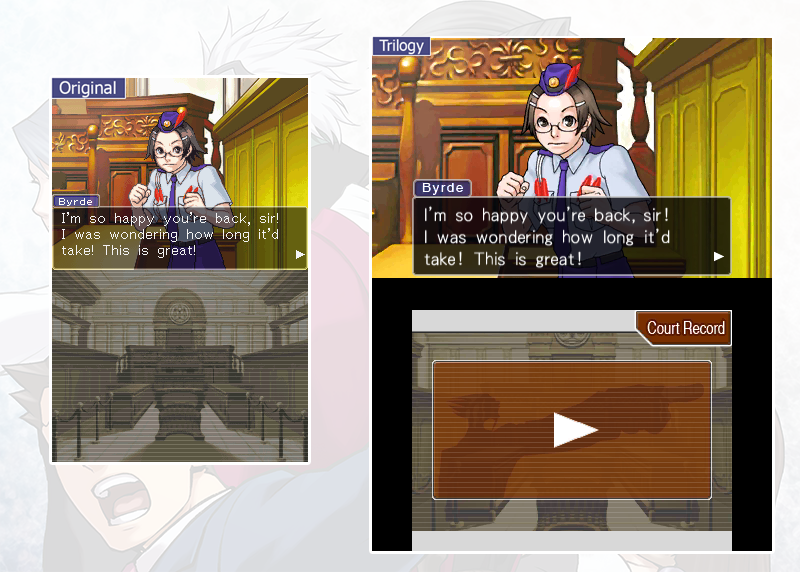 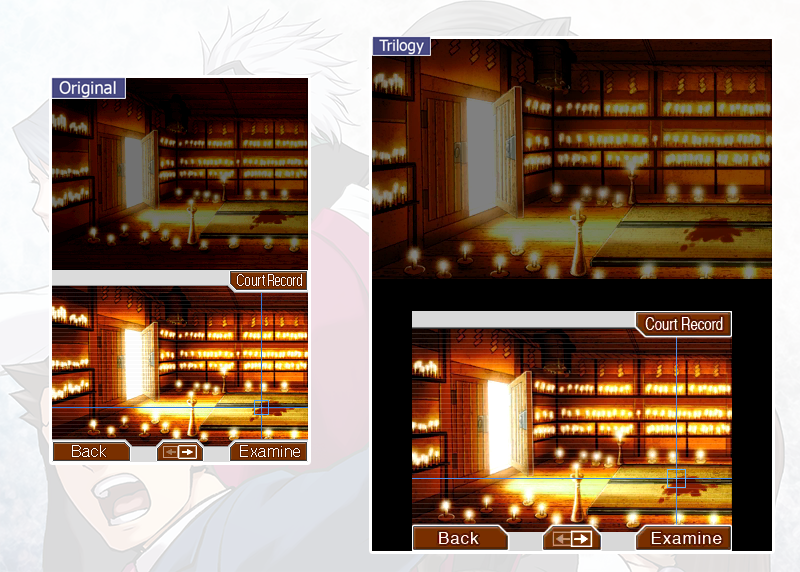 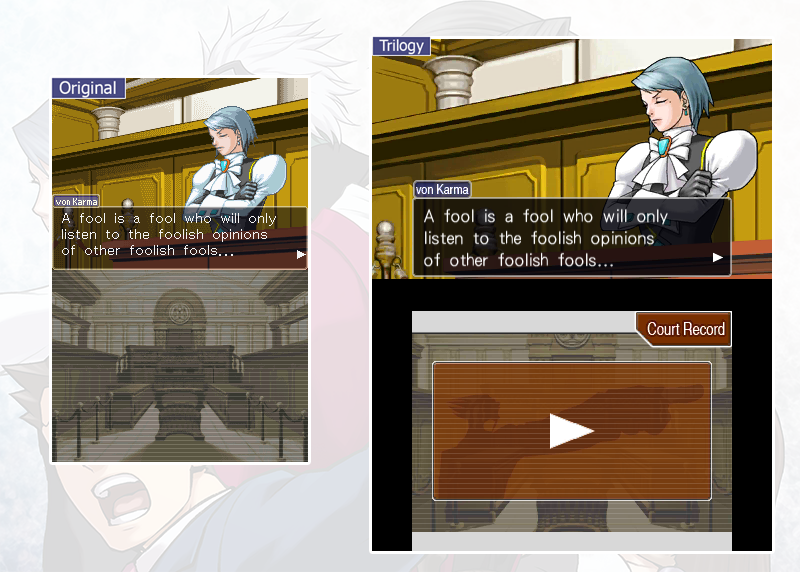 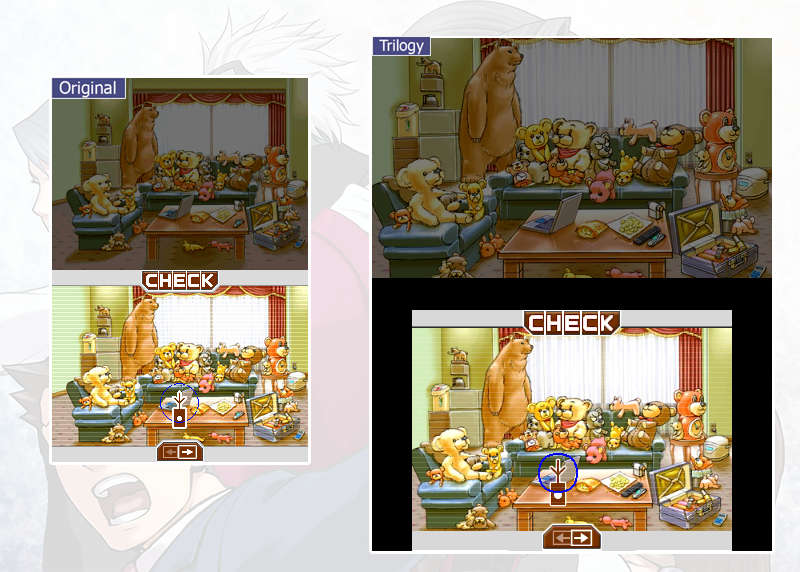 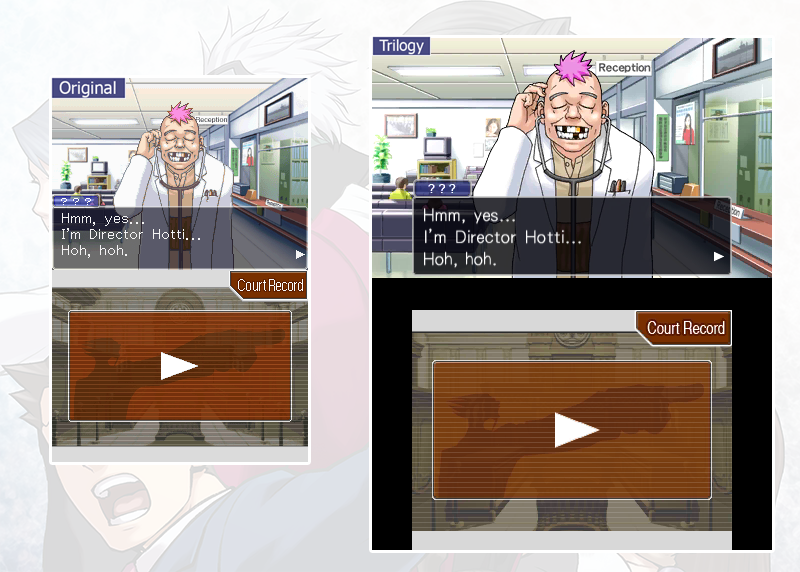 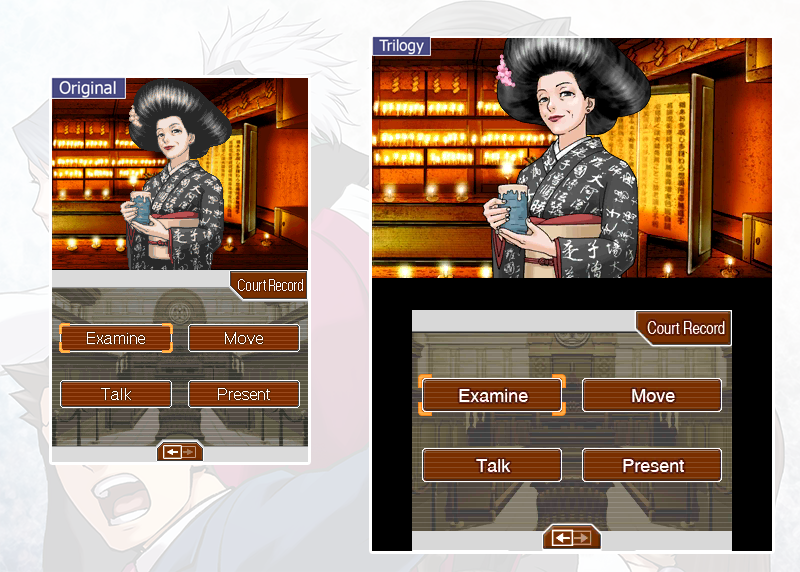 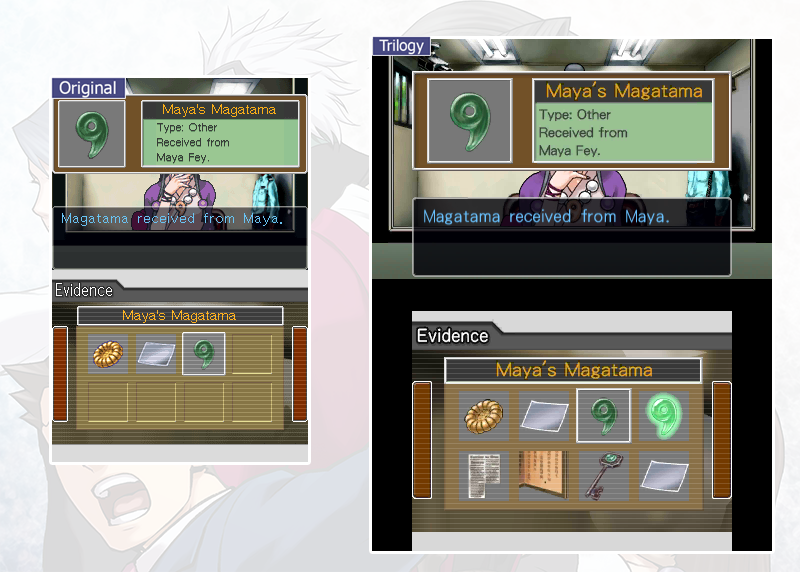 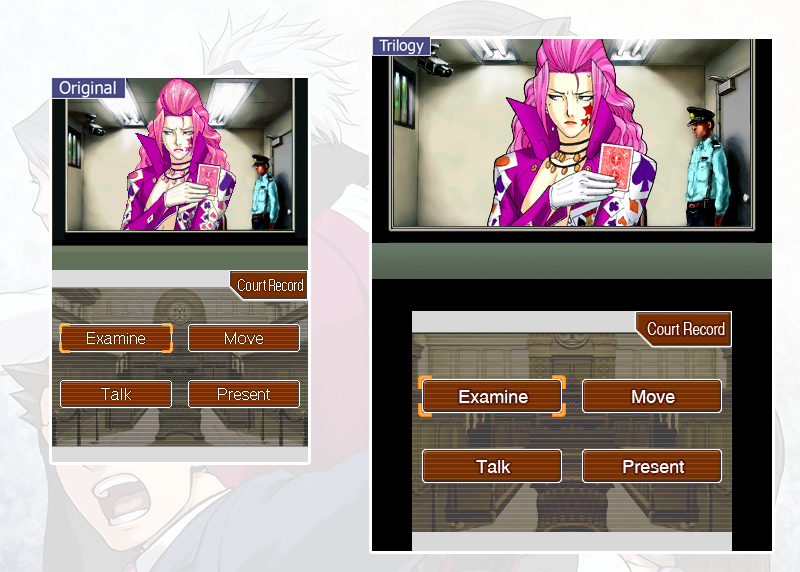 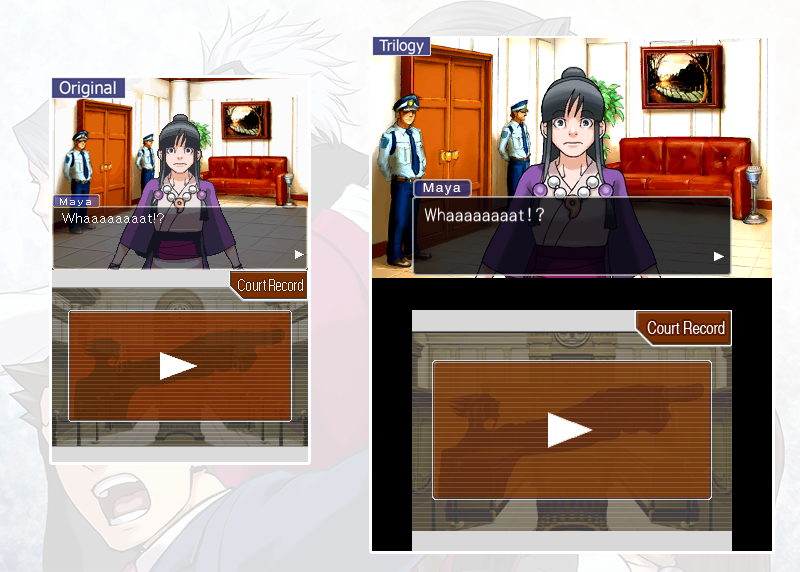 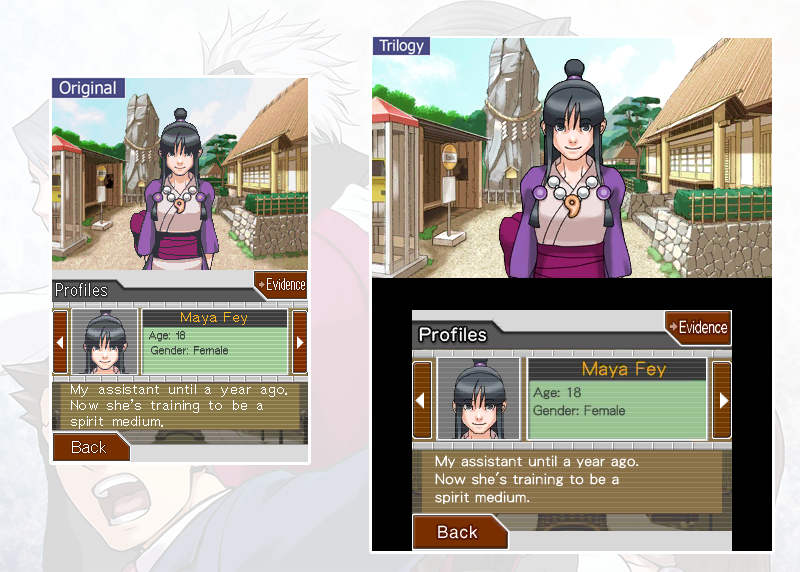 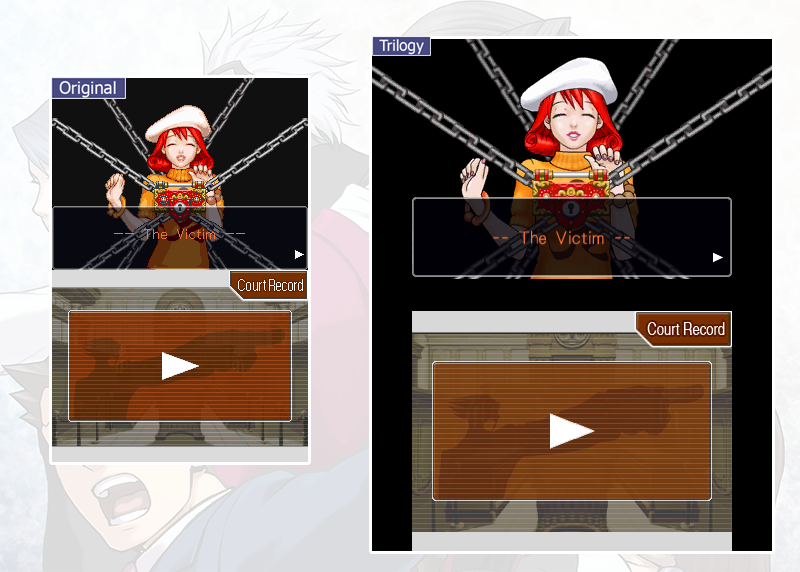 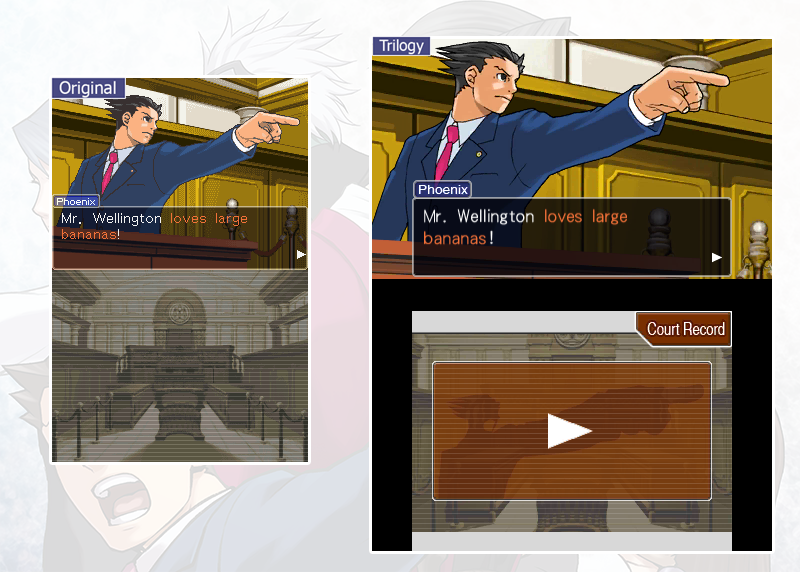