Pandora: First Contact was a title that released a little while back to somewhat mixed reviews, though we enjoyed it a great deal. The fantastical setting on a far away planet with some heavy science fiction themes worked nicely with the colorful graphics to create an experience that was easy to lose myself in. There were a few problems, but the newest DLC, Eclipse of Nashira, does a nice job of touching on many of those shortcomings to create a well-rounded experience. 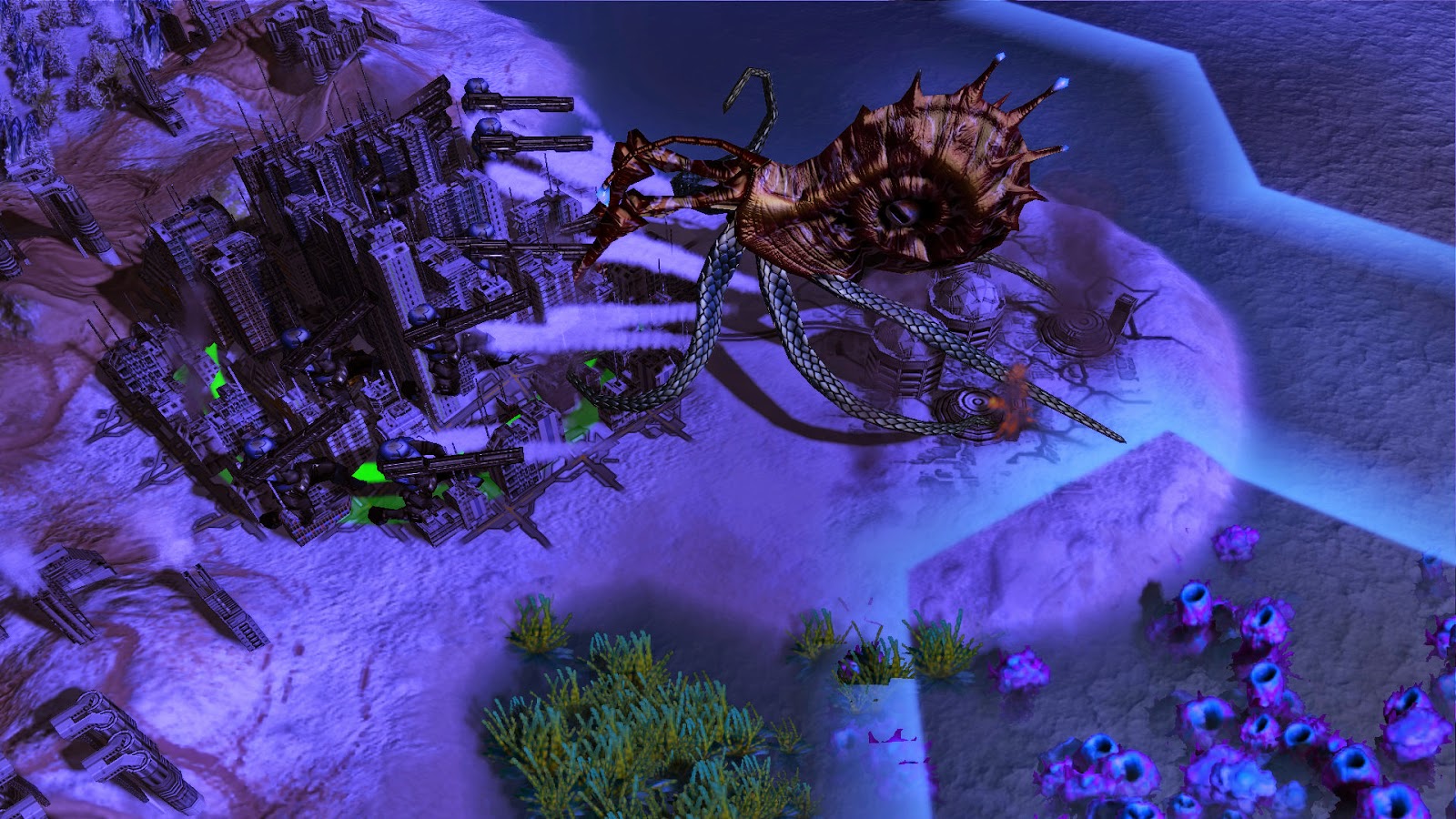 There was a good deal I liked about Pandora: First Contact. If there was a complaint I had, it was that the game’s emphasis was very heavily slanted towards military domination, with diplomacy taking something of a backseat for the most part. This is a title that will no doubt get compared to Civilization a good deal because the two games are quite similar, though Civilization does a better job of balancing diplomacy with science and military might.

With Eclipse of Nashira, a new faction called the Ambassadors is added to the mix and a greater emphasis is put on espionage and diplomacy. Stealing research, information gathering and even causing riots and rebellion are now additional tools in your arsenal. They still sort of feel a bit slanted towards the military side of things, because that is where most of the payoff occurs, but it is not just about might now, but new methods of improving your technology and knowledge while throwing wrinkles into what your enemy is up to. 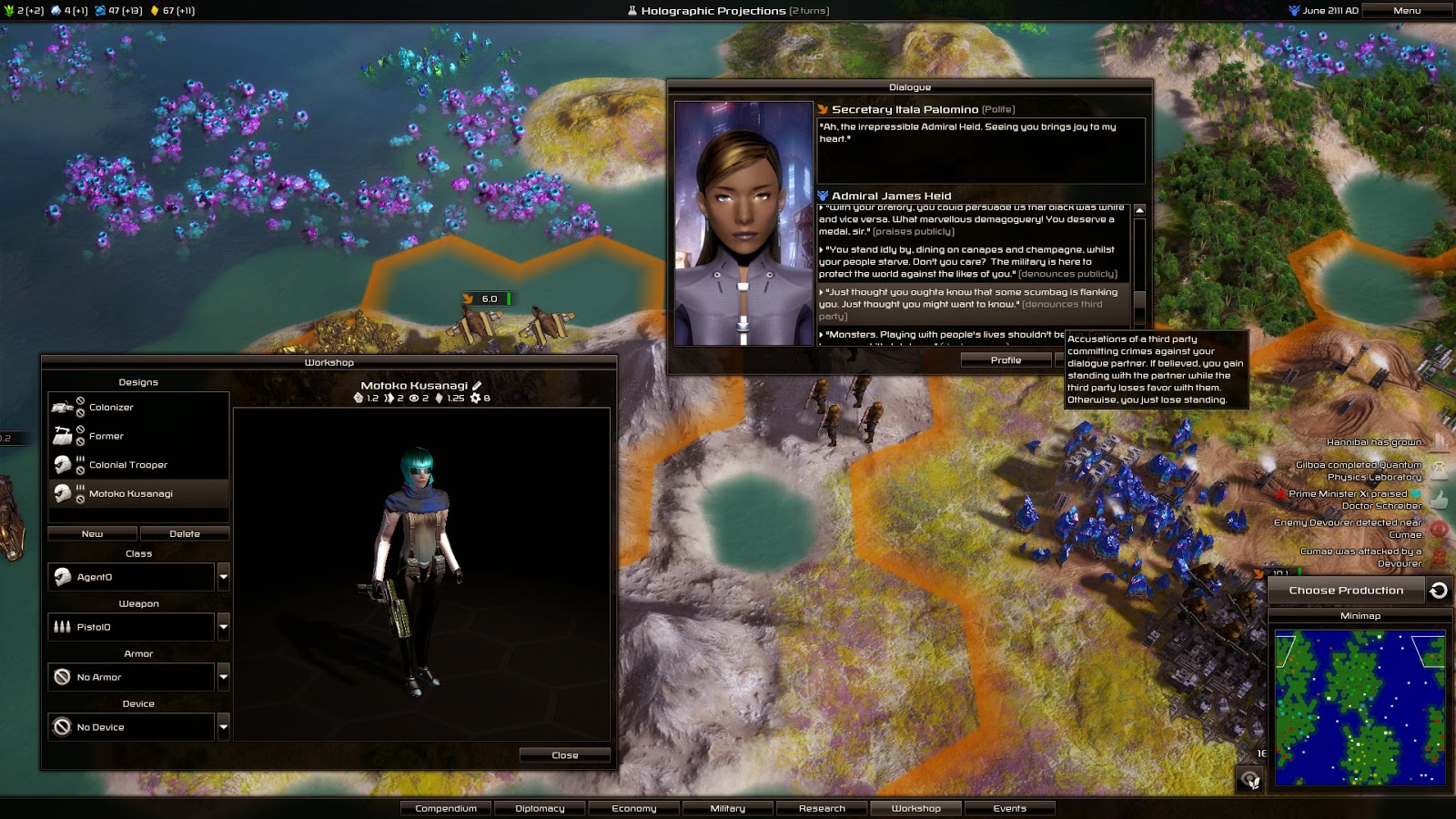 It is nice to see some new critters make their way to the planet’s surface as well. As a result, moving towards the sea creates an expanded sandbox to play. This means new units, more territory and different resources as well. The DLC does not change Pandora into an all new game, but it is a title with a few more facets to appreciate now.

I for one greatly appreciate the new found emphasis on diplomacy, which felt a bit undercooked in the core game. New diplomacy options and more than a few bug fixes and updates smooth out the experience. Interactions with rival factions feel more fleshed out now. All of that being said, the name of the game still comes down to military might in the end. It is not as though combat was completely forgotten either, as minefields add a new layer of strategy. At first I used them strictly to improve my defensive fortifications, but over time I became rather good at using them to mess up supply/trade routes as well. 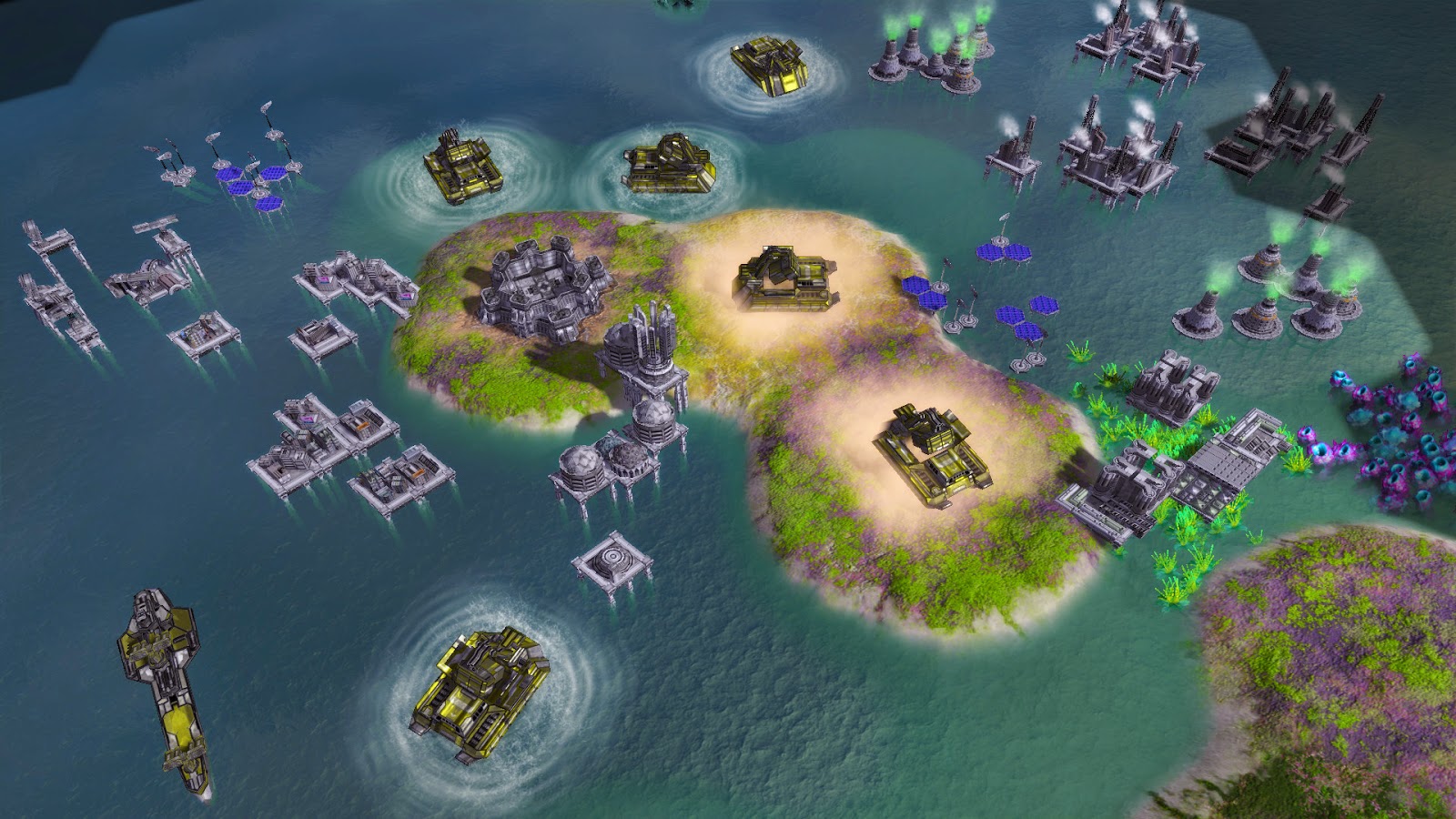 In particular, I appreciated the ability to roam out into the water now. Something about this world created in Pandora has this sense of discovery that I enjoy every time I fire up the map, and this just breaks a few more shackles in the process. Harvesting new aquatic resources and changing the land are entertaining tweaks to the system that make Pandora feel even larger than it was before. It is not about size, but usable real estate.

In the end Pandora: Eclipse of Nashira is a polished, engaging piece of DLC that does more to change the game than a lot of content out there does. This is not just an extra mode or a tacked on unit or two. There are enough fundamental changes here that while Pandora is still the same game I enjoyed before, it has grown up a bit and the end result has me gladly coming back for more. If you enjoyed Pandora as well, then you will likely be able to appreciate the changes brought about by the Eclipse of Nashira expansion also.