This afternoon we took a look at Senran Kagura Shinovi Versus on the Vita, and now it looks like another title in the Senran Kagura series is going to be coming out soon as well.

If you’re a fan of SENRAN KAGURA, get ready to slice and dice… up some delicious treats while rocking out to some funky beats! SENRAN KAGURA Bon Appétit! is slated for November 11th in North America exclusively on the PlayStation®Store for $14.99, while the EU release by Marvelous Europe will launch on November 12th. The game includes the girls of Hanzo and Crimson Squad, complete with story routes for each girl to play through. If you’re a fan of the straight-laced Gessen girls or the fierce Hebijo ladies, you can pick up the Gessen x Hebijo DLC pack two weeks later, on November 25th, also for $14.99. More info on the game can be found at the newly launched website at www.hanzonationalacademy.com/skba/

We’re also kicking off the SHINOVI VERSUS DLC schedule today with two content packs, and the first one’s free! The “Shinovi Hairstyle Set” includes 20 new hairstyles, one for each of the core shinobi, all on the house. Alongside that, there’s “Costume Set 1,” which includes five different outfits (the Gym Clothes, School Swimsuit, Uniform & Swimsuit, Uniform & Thigh Highs, and Japanese Dress) for a bundle price of $5.99. The outfits are also available individually, for $1.99 apiece. Marvelous Europe will be releasing the same DLC on the EU store tomorrow, October 22nd.

That’s it for this week, but hold onto your Hachigane, because next week, two new challengers will enter the fray…

To stay up to date, check out our official Facebook page!

In this spinoff of the SENRAN KAGURA series, the grand rivalry continues as the ever-competitive shinobi take a break from hand-to-hand combat and face one another in an entirely different kind of battle, with delicious results. The shinobi master Hanzō has promised a magical scroll, with the power to grant any one wish, to the winner of his first annual “Super Dish Gourmet Cook-Off.” Driven by their own desires, or just bored curiosity, the girls of Japan’s secret ninja schools have each signed up for the tournament, ready to put their reflexes, memory and speed to the test in a cooking competition unlike any other. 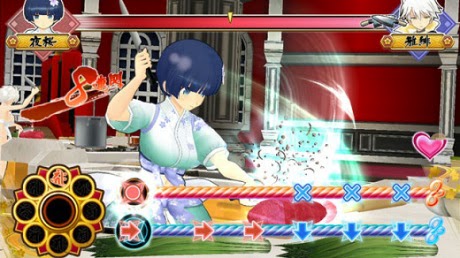 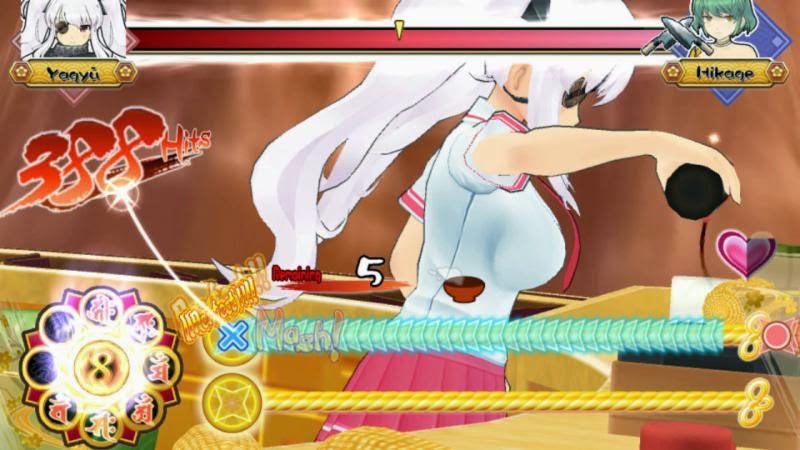