Do you like fighting? Do you enjoy lots of anime-style fan service? If you are willing to check your need for logical storytelling at the door, there is a lot to like about Senran Kagura Shinovi Versus, which is fun despite a ridiculous story and lack of clothing on the female cast of characters. 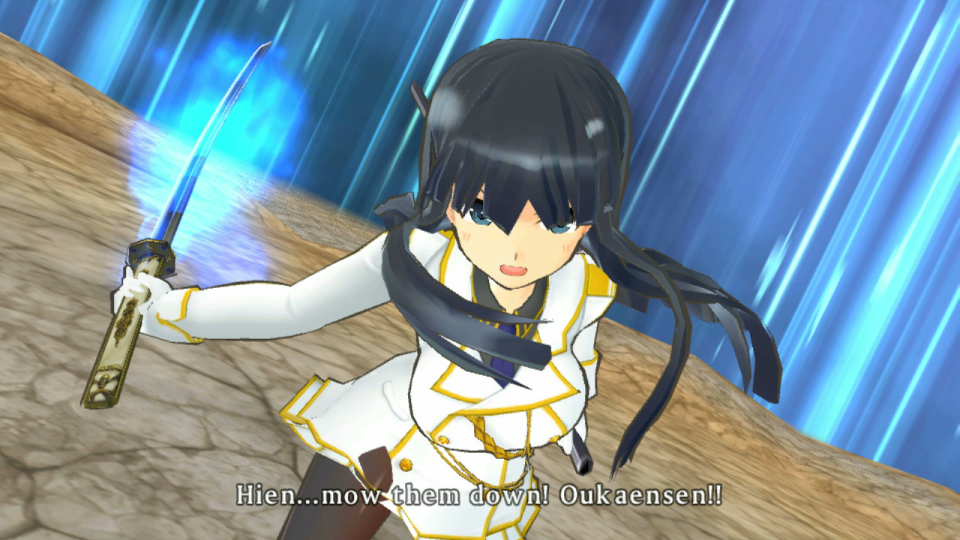 It is really hard not to look at this game and focus on the scantily clad female forms everywhere. This is where the fan service comes in plentiful supply. One of Senran Kagura Shinovi Versus’ most notable features happens to be the bobbling body parts of the females you can use and battle against. Things never tread into nudity, but there is a lot of skin. If titles like Dead or Alive struck you as overly sexualized, then odds are you will find Senran Kagura Shinovi Versus downright offensive.

That would be a shame, because beneath the surface is a brawling game that actually serves up really entertaining combat. You start by picking from a rather diverse group of girls, each one representing a different academy. There are some familiar cliches to be found here, but the characters actually do develop nicely as they talk with one another and more of the story unfolds. The story itself is pretty nonsensical, but the characters worked well enough to keep me interested as events unfolded. 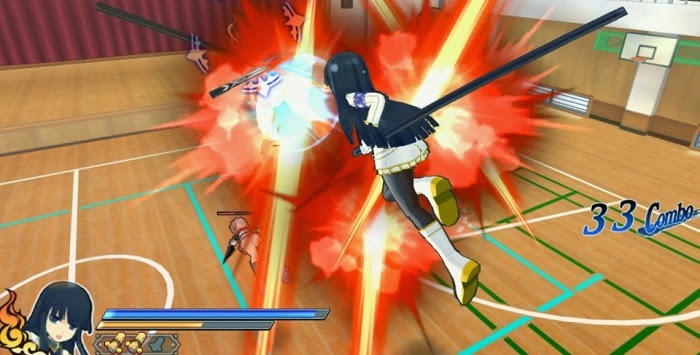 Combat plays out in 3D arenas with very simple controls that are surprisingly engaging. Taking on enemies with combinations climbing into the hundreds while mashing away at a couple of different attack buttons might sound boring, and there is certainly an element of repetition to be had here, but it is actually quite a bit of fun. The action is fast and furious, and getting a combo over 1,000 is a blast. Special attacks and stylish combos and transformations are a guilty pleasure given the teenage girls comprising the roster, their clothing falling to tatters in Akiba’s Trip-like fashion.

The story is where I spent most of my time, as there was always plenty to do. The online looks like it has potential, but there were not a lot of people playing when I was on, so there was a jittery start-and-stop feel to the online proceedings. It was really hard to get any kind of a good flow from them. Instead I found myself going back to the story mode and doing my best to unlock even more content. 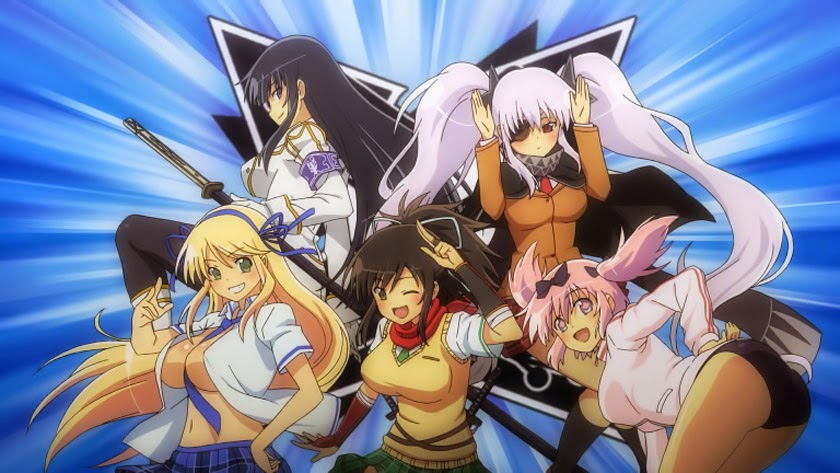 Another technical hiccup worth noting is that load teams feel almost excessively long. Given just how good the graphics look, the large number of enemies and fluid framerate, this is a forgivable offense but one certainly worth noting. The characters themselves look gorgeous moving about the screen and the arenas you fight in are diverse if not the most detailed backdrops.The voices were good, but strictly offered up in Japanese with English subtitles. This could prove a little distracting at times, as I found myself reading the screen and not necessarily paying attention to what was going on behind them.

Still, this is going to be about whether or not you like the combat. In this case, I did. With two primary attack buttons, a dash, a much-needed block and some special skills, there is a definite rhythm that starts to sink in and makes the stylish combat both comfortable and entertaining.

Odds are Senran Kagura Shinovi Versus will be dismissed by a lot of people because of its fan service tendencies. That is a shame because they will be missing out on a solid brawling game beneath all of that. This is a title that is going to appeal to a certain niche and likely be passed over by most others, but for those willing to give it a chance, there is a lot to like here.