I was first introduced to the Shadowrun universe back in the mid 90’s when I rented Shadowrun for the Super Nintendo; truthfully I was only half-interested in the game. While I am a big fan of isometric role-playing games, I had not quite developed a taste for them yet, as I was more of a tabletop fan for my role-playing games that weren’t Final Fantasy. I do recall hanging out with my D&D group after school one day and Shadowrun came up and I had been a bit confused since they were talking about Shadowrun’s original run as a tabletop series and not the video game. Once I was properly educated by friends that were aghast that I was unaware of the tabletop version, we started playing a few games here and there. I eventually fell very much in love with the cyberpunk themes, criminal overtones, and the very raw, very dark universe but by the time the third edition was release (1998), I had moved on to other series and tastes. 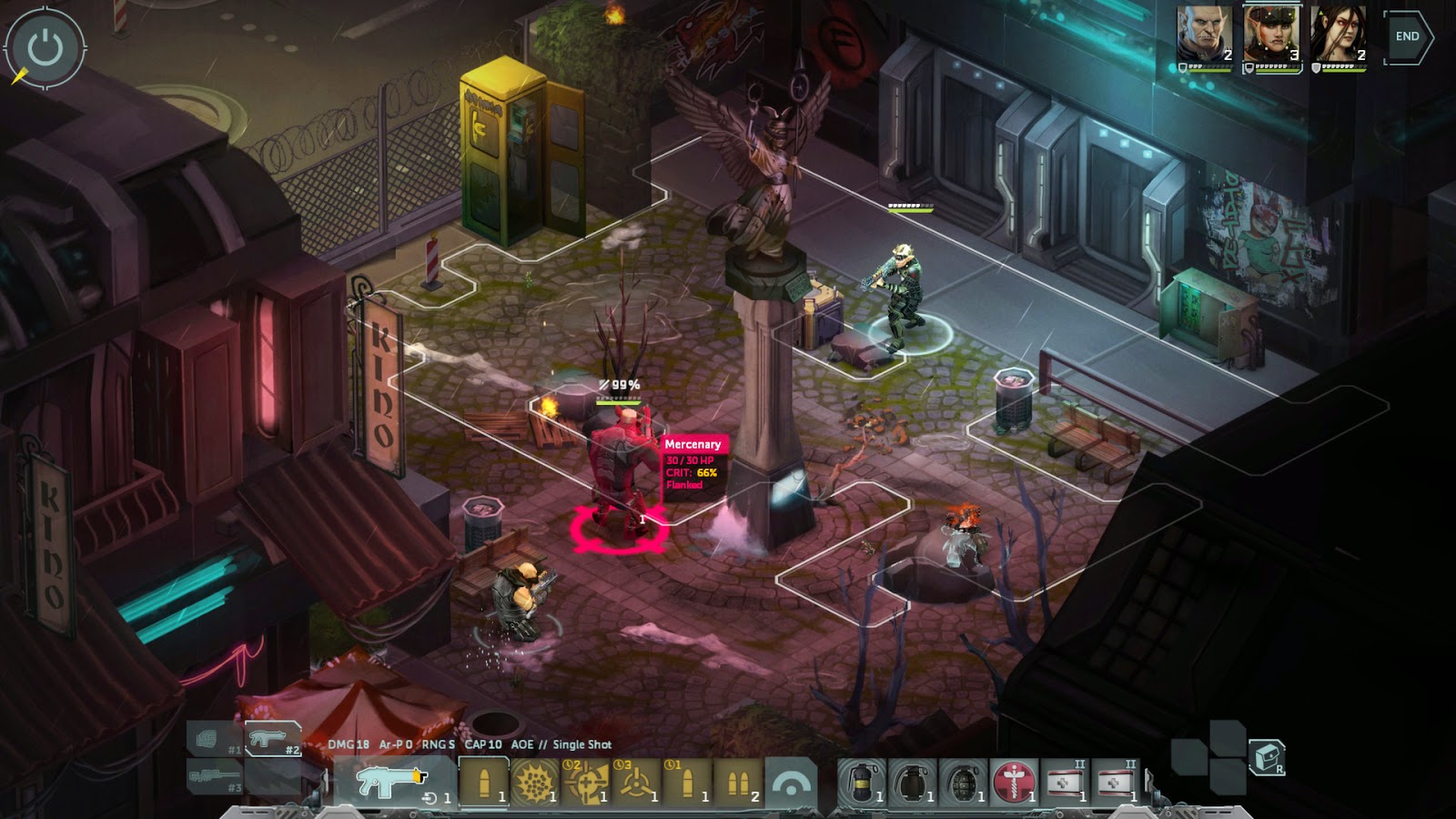 Over the course of the next fifteen years Shadowrun’s setting would sit in the back of my mind when I would go to play titles like Fallout Tactics or the Jagged Alliance games as I would feel that the Shadowrun universe would be ripe with adventure, treachery, and near-criminal glory but a game never came. Eventually it did come in the form of a successful crowd-funding campaign and was released in 2013. Fortunately the PC/Mac-based reboot was fantastic and spawned an expansion that is now a standalone game; that game is called Shadowrun: Dragonfall – Director’s Cut and is a standalone expansion which means the core game is not required. In fact the ‘core’ game does not really impact this campaign at all however, this review is being written in the interest of you are familiar and/or have played the core title. Read on to discover whether Dragonfall is worth the extra funds to add to a gamer’s library.

First, as a disclaimer, I recommend gamers that are new to the franchise to pick up the core Shadowrun game. Not because the core game has much impact on Dragonfall, but because the core game is simply that good. It is difficult to find a good isometric turn-based strategy/roleplaying game and Shadowrun is more than “just a good game,” I would go as far as saying it is an excellent game and well worth the time investment. Dragonfall is a separate campaign completely, taking place in Berlin with separate stories using separate characters; for all intents and purposes, it is a completely new game. Since Dragonfall started as a standard expansion pack it uses all of the same assets and models as the core title, though it does add some new ones in there which helps to prevent Dragonfall just feeling like a rehash of old assets in a slightly different storyline.

I did find that the maps and different locations that you visit in Dragonfall were more varied and interesting than those in the core game; in Shadowrun there were one or two levels that were not simple office buildings or streets so it felt tired at times. Fortunately the variety in Dragonfall stops the game from being too stale at any given time in the game. The particle effects are sharp with some decent lighting so your explosions will light up a darkened room, though to be honest it would be nice to see some updated character models; the recycled models from the core game are just not all that great. 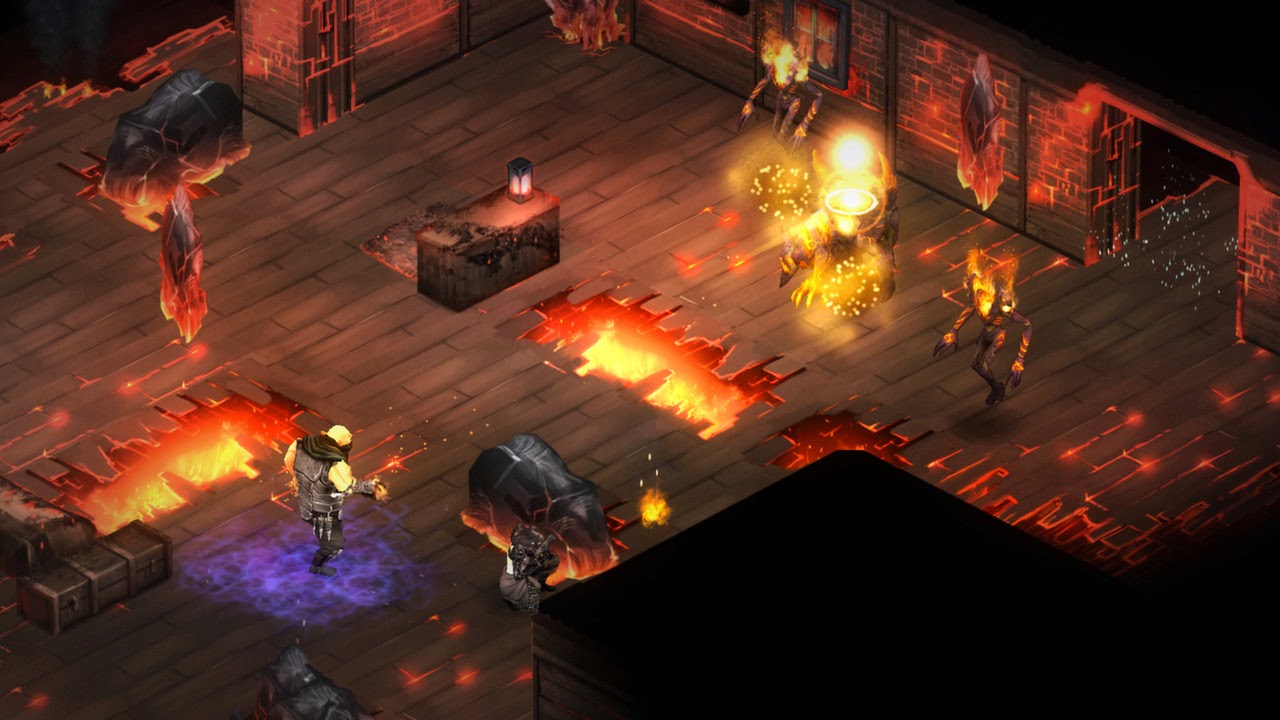 Audio in Shadowrun: Dragonfall is nearly identical to Shadowrun but for those that have not yet played Shadowrun (shame on you) the audio is quite simple. The mass-majority of dialog is done via text-based conversations with very little, if any voice acting taking place. The music is good, if a bit forgettable at times and there were a number of times where I simply toned the music out. Mind you, this is not because the audio is poor, but when you are enjoying a text-heavy game like Shadowrun: Dragonfall you tend to get sucked in and it does not let you go. Some of the weapon effects seem to sound the same, or rather, there is little that differentiates some of the different weapons outside of the speed at which the weapon is fired, but really the Shadowrun world is not all about guns the way that most modern titles tend to be. There is an excellent balance between firearms, melee weapons, and magic which is very hard to pull off but Harebrained Studios pulls off the balancing act as well as one could hope.

Where Shadowrun: Dragonfall is able to step away from its predecessor and really shine is not in the graphics or the sound though. While Dragonfall plays identically to the core game as it is an isometric, turn-based role-playing game that is based in a post apocalyptic world where magic, elves, trolls, orcs and other fantasy tropes have re-emerged into the world. The setting, which is dark and gritty is full of off-hand and often dark humor not to mention the dialog throughout the game is designed in a way to have the most emotional impact on you as possible. 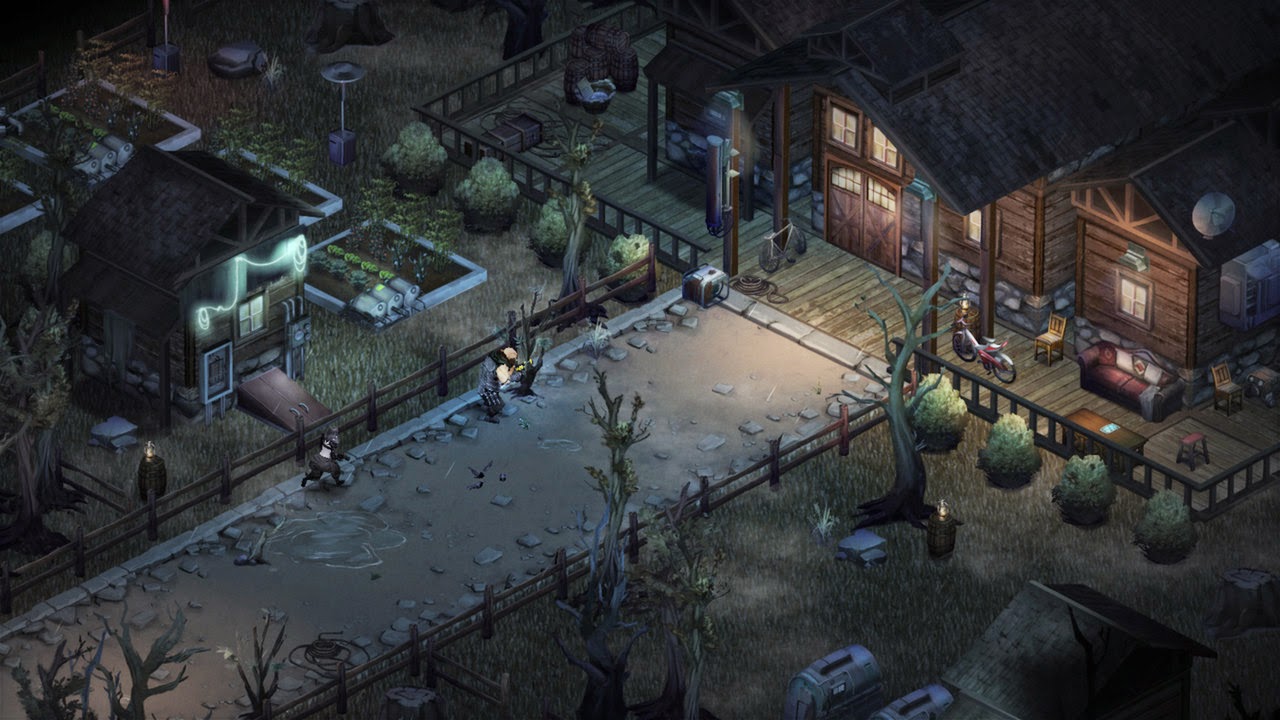 Certain aspects of the story will upset you, tug at your heart strings and motivate you with some adrenaline pumping goodness all within the span of a few clicks. I would go so far as to say that the level of interactions between the characters as well as the overall scope of the story are some of the best that I have played since the Mass Effect trilogy. I do not believe I have been this invested in a story and the characters in quite some time which is certainly quite the feat as I am a huge fan of the Fabula Nova Chrystalis arc of Final Fantasy (primarily the Final Fantasy XIII trilogy) which I just wrapped up with my review of Lightning Returns: Final Fantasy XIII.

Frankly Shadowrun: Dragonfall – Director’s Cut came out of left field in all the right ways and I think that Harebrained Studios has recognized that the expansion pack is actually better than the core game. At least, that is what I think about when I sit back and see that Shadowrun, which was wildly anticipated but got only a warm reception, released in 2013 and a few months later Dragonfall is then released; by mid 2014 Harebrained Studios re-releases Shadowrun: Dragonfall in a standalone Director’s Cut which is widely accepted as the superior “game.” I for one enjoyed Shadowrun but its story was a bit rushed and felt a little lackluster; with Dragonfall? Not so much. Had Dragonfall been the first of the Shadowrun games that had been released it would be in every library and on every RPG fan’s lips as they await Dragon Age: Inquisition. As it stands, Shadowrun: Dragonfall – Director’s Cut is a must-have for any fan of the RPG genre.