I recently reviewed the SteelSeries Siberia Elite Anniversary Edition here at Chalgyr’s Game Room and it was one of, if not the first review to score a perfect 10. Given the range of games that we have covered over the last four or five years you would think that we would have at least one or two more out there. However, we tend to be quite critical in our reviews, rarely finding anything worth the perfect ten; while some titles or pieces of hardware, not many have ever managed to get absolutely everything correct. With the Siberia Elite Anniversary Edition having done so well, when SteelSeries announced the Siberia Elite Prism model I flew out of my chair and was leaping for a chance to get my hands on a device for a review, after all, its predecessor was perfect in every way. SteelSeries, awesome as they are, decided to send me a unit and I tore into the gorgeous packaging the moment it hit my desk. The big question is whether the Siberia Elite Prism is a worth successor to the Siberia Elite lineup and whether it can hold a candle to the Anniversary Edition that we were fortunate enough to review. 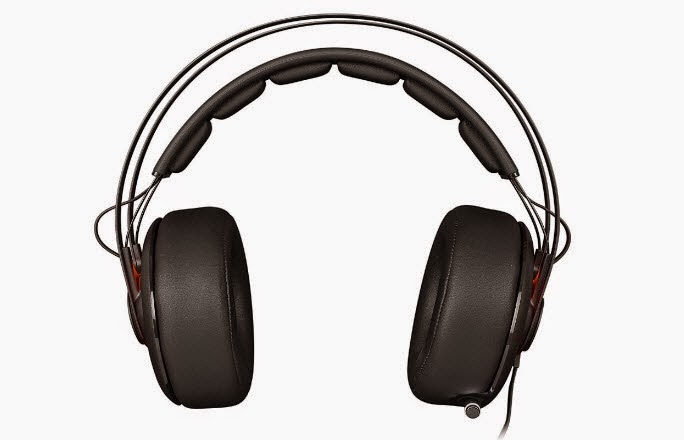 To start, quick little comparison. The Elite Prism looks very similar to the previously mentioned Anniversary Edition though the Prism uses a slightly different frame though the back of the each of the cups are identical.  From there the only real similarity that you will find between the two would be in the general aesthetic; a quick glance at the white Anniversary Edition next to a black Prism and the unfamiliar eye would call them the same model in two different colors. On the other hand, the colors on the black Anniversary Edition are slightly different, offering a steel-colored frame where the new Prism is solid black all around; likewise the color scheme for the white Anniversary Edition is solid white all around by the new Prism model has a number of black accents. This design parody helps with SteelSeries brand recognition and is instantly recognizable as a quality component.

Given that the Prism is the ‘next big thing’ out of the Siberia lineup I had very high expectations of what this headset to do; needless to say I am a bit conflicted on the results. The build quality for the Prism is phenomenal which a nice and sturdy metal frame and a soft and cushy band that holds the device in place on your head. Though the build quality is above-and-beyond better than a majority of other similarly-priced headsets, it still is a far cry from the quality of the Anniversary Edition. For those of you that have not used the Anniversary Edition then you need not worry, this will be one of the highest quality headsets that you can get for under $200. As I had mentioned, the build quality is great with the supple yet durable cups and the nice metal frame. 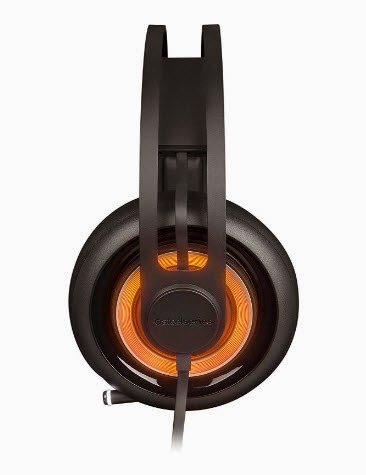 One of the selling points for the Prism is the large ear canals as the previous iterations all had smaller, less cavernous holes for the ears. Now maybe it is that I have not only a perfectly shaped head, but slightly smaller ears since I found that the extra space was uncomfortable and is likely a contributing factor to why I was not as impressed with the audio. Acoustically speaking, the extra space gives more room for the audio to bounce and does not drive the audio directly into your skull as well as the Anniversary Edition. I also found that the audio was a bit more ‘open’ than something like the Kingston HyperX Cloud headset or even the PDP Afterglow AGU.1S headset I recently reviewed; while not a terrible experience, the audio is a slight step back from its predecessor.

Aesthetically the Prisms are certainly gorgeous and the biggest difference between the Prisms and some of the previous models is the weight; the Prisms are lighter than the Anniversary Editions. Where I struggle though is that it is classically said in most audio aficionado circles that ‘heavier is better’ and to this day I will stand by that same concept; heavier drivers create heavier audio. When I compare the audio of the Prisms to the GX Gaming Zabius that I recently reviewed, both having 50mm neodymium drivers and equally cavernous cups but the Zabius are heavier than the Prisms.

The overall range of the Zabius headset was deeper but the clarity was nowhere near as high; you will not be getting any intense lows out of the Prisms but what you do get will be clean and solid. I did have an issue with the unit that I was sent though, as the headset would snap, crackle, and pop any time I turned on the Dolby Headset option in the SteelSeries Engine software. Contacting SteelSeries support is a simple process and they replaced the headset that I had with one that does not sound like a bad gramophone when I try to use the nicer options of the headset. 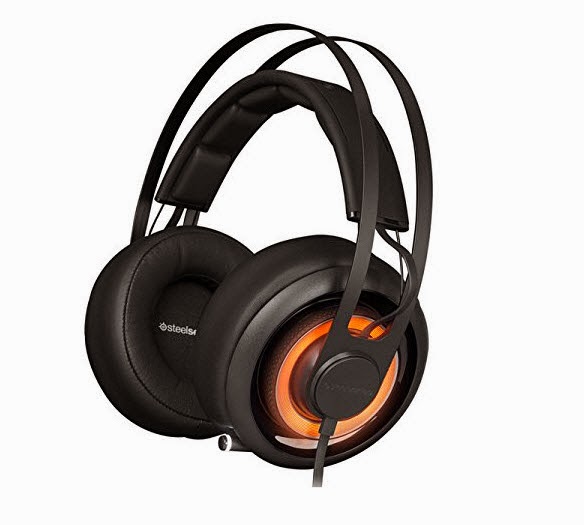 With a properly working SteelSeries Siberia Elite Prism the sound was still not as deep and rich as the Siberia Elite Anniversary Edition, but it is definitely superior to models like the v2 and is almost as nice as some of the more expensive gaming headsets out their (the Prism are certainly on par with, if not nicer than Sennheiser’s more expensive G4ME ZER0 headset). For gamers that are looking to upgrade from their older Siberia headsets but do not own the Anniversary Edition, the Elite Prism is not only the logical choice, but the most cost-effective choice if you are looking for a headset that surpasses most headsets in both form and function.

While I had difficulty with a few bits and pieces here, most of those were on me due to my little ears and more picky needs as a massive audiophile. Still, the SteelSeries Siberia Elite Prisms are a force to be reckoned with as they provide some of the best audio that money can buy for near on $100 less than its comparable competitors.