Today ladies and gentlemen, we are going to talk about patience. Patience is, to some, is a virtue. It is something to be upheld above all else when dealing with someone, or something that can seem to be aggravating. Apparently I have none when it comes to true stealth. Which is funny because my favorite Dungeons & Dragons class is that of a rogue. Styx put me to the challenge and I am fairly certain that I failed. Modern gaming may have ruined me a little bit on the inside because Styx himself is not built for combat. I can say that rushing in and hoping for the best with dodge rolls and quick parries does not work very well. 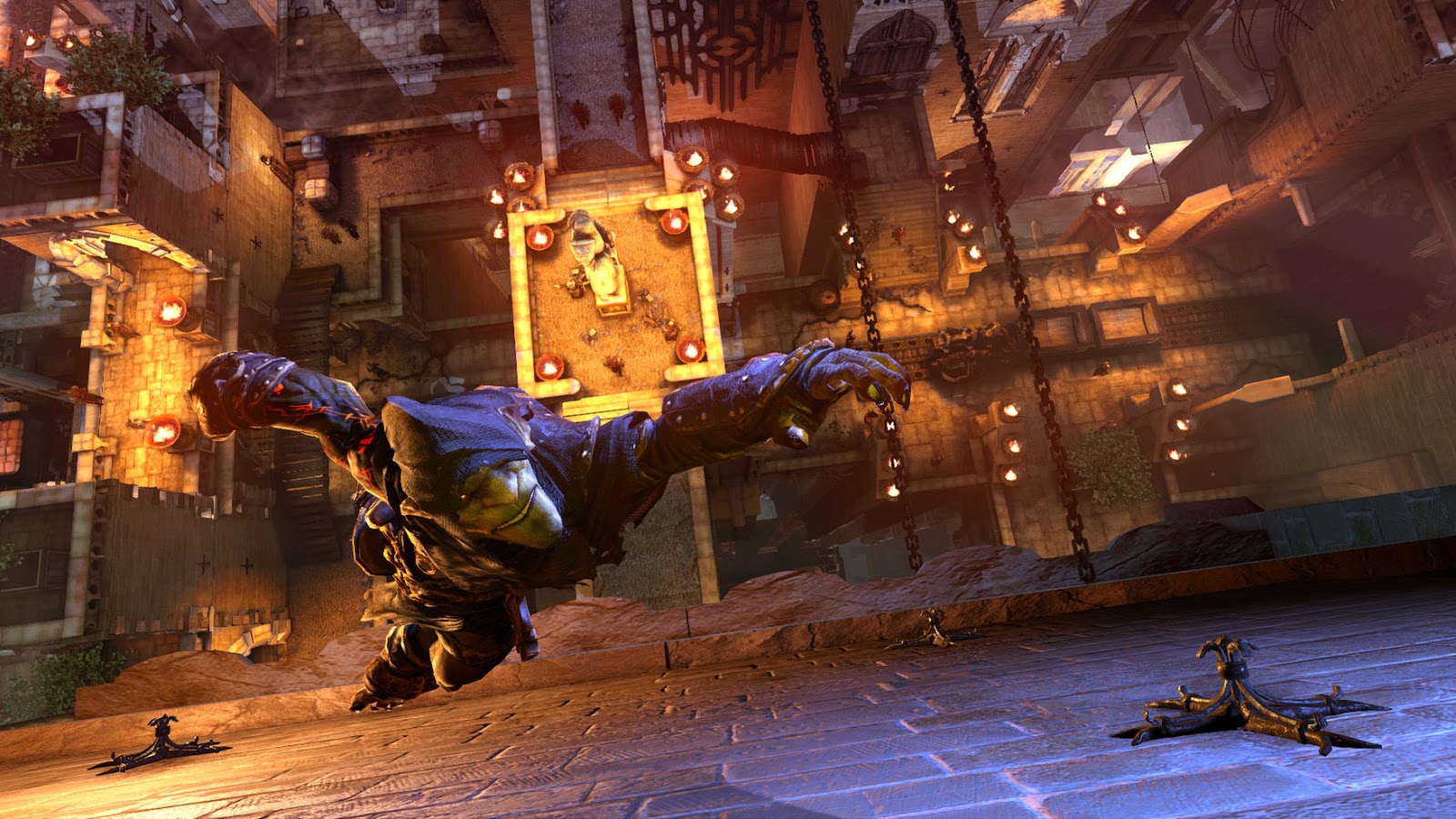 Styx is one of the first Stealth only games that I have ever had the chance to play. In this case Metal Gear/Deus Ex doesn’t count, as there were plenty of methods to survive a situation in either close quarter or long range combat. Styx has access to a very limited repertoire that starts off with nothing more than his knife, sand, and eventually very early on throwing daggers. This limited access creates an environment in which players not only have to be smart, but also “patient” (see above) in order to make it through.

Patience can come in two real flavours. The first would be looking for ways around the various guards such as railings, small holes, mounted cages or platforms, desks and tables to hide under as you move by. The second is regarding the various patrol patterns of the guards and scribes that roam the explorable areas. Seeing where they walk, how fast they walk, if they join up with others can all take some time while waiting it out.

Not being equipped for massive combat, sneaking by is generally the best option. Styx while moving around normally is quite loud as his bare feet smack against the stone, however when engaged in sneaking he can barely be heard and people listening. Being that good at sneaking allows for excellent sneak attack abilities if pure stealth is out of the question. If you need to take someone out however it is best to do it quietly and then move the body off to the side as to not alert suspicion. Well for at least the first few moments. 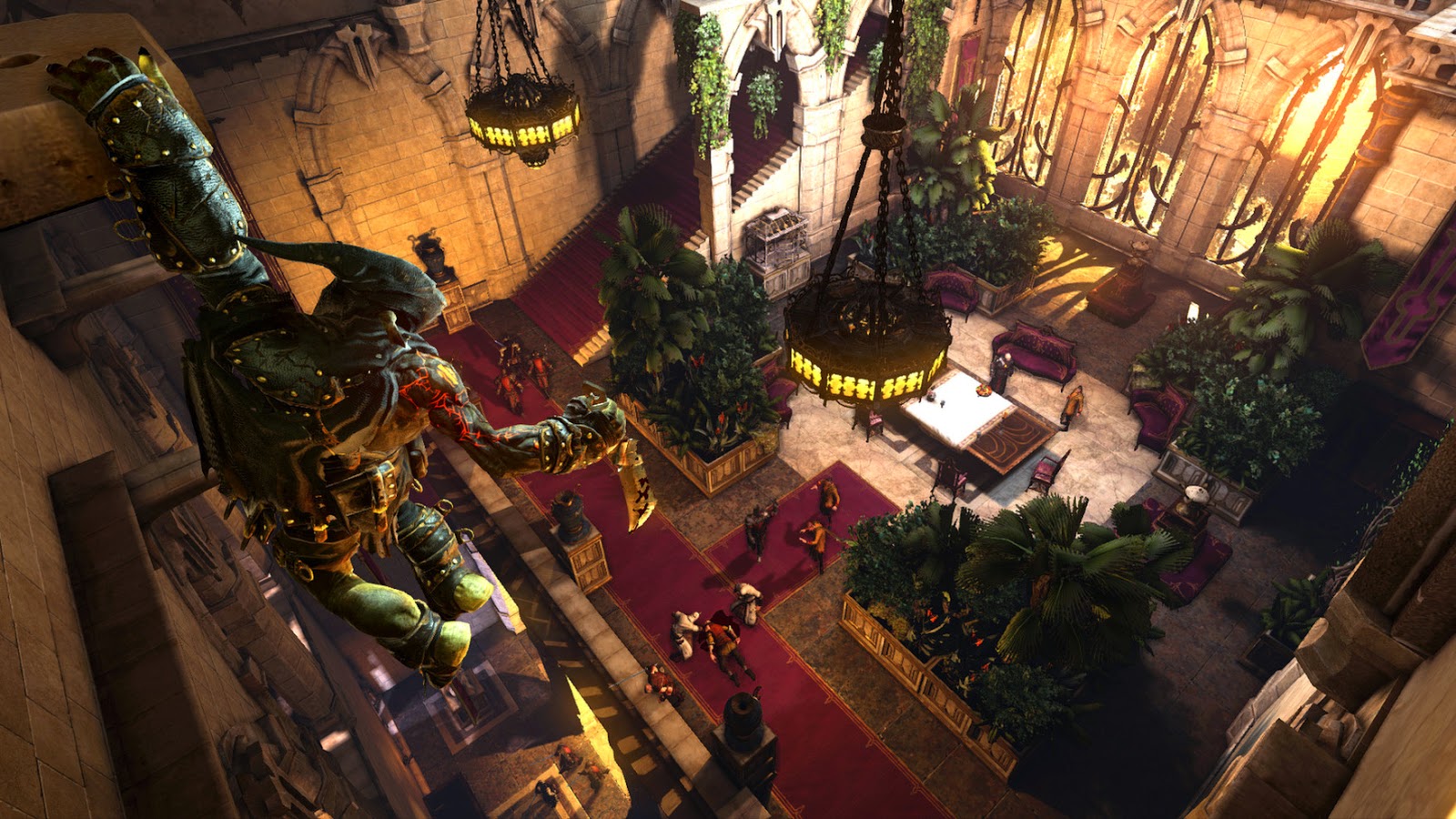 Combat is something that requires a bit of effort to get an actual hang of it. It occurs not only when you have been spotted, but when the various people coming after you catch up and try to take a swing. This initiates a 1v1 like fight in which the only option is to properly time your parry to the enemy swinging his weapon. If it is successful then Styx takes no damage and depending upon the enemy’s strength, it could be a few more countering blows before there is a prompt to take them out. While this is going on however, multiple other enemies can fire their crossbows or come from the sides or behind to hack you down. Styx can dodge roll out but also has to be careful because the lock on stays in effect until a certain range is obtained. This makes fighting in the larger open environments a very Bad IDEA. If you need to fight someone, make sure that it happens to not only be a smaller room, but that you have the time to take them out one at a time.

While not exactly being a master assassin which belongs to a brotherhood, Styx does have several tricks up his sleeve that that allow for different methods in other to get from one point to the next. Using the ability of amber which courses through this section of the world, Styx can create a doppelganger. While not exactly being able to defend himself as he is made up of nothing more than a malleable substance, this doppelganger can fit through smaller spaces that Styx himself cannot or create a distraction by running up and around the various patrols for them to give chase.

Along side the doppelganger is Styx’s ability to turn invisible which can really change the way in which a situation can be approached. Being invisible is awesome and it can be very useful to sneak by when there is no other option. However it does come with a very short time limit and until Styx starts to have access to skill upgrades, things could go very wrong as the invisibility wears off as you stand in front of the person you were trying to sneak by… oops? Timing is everything. 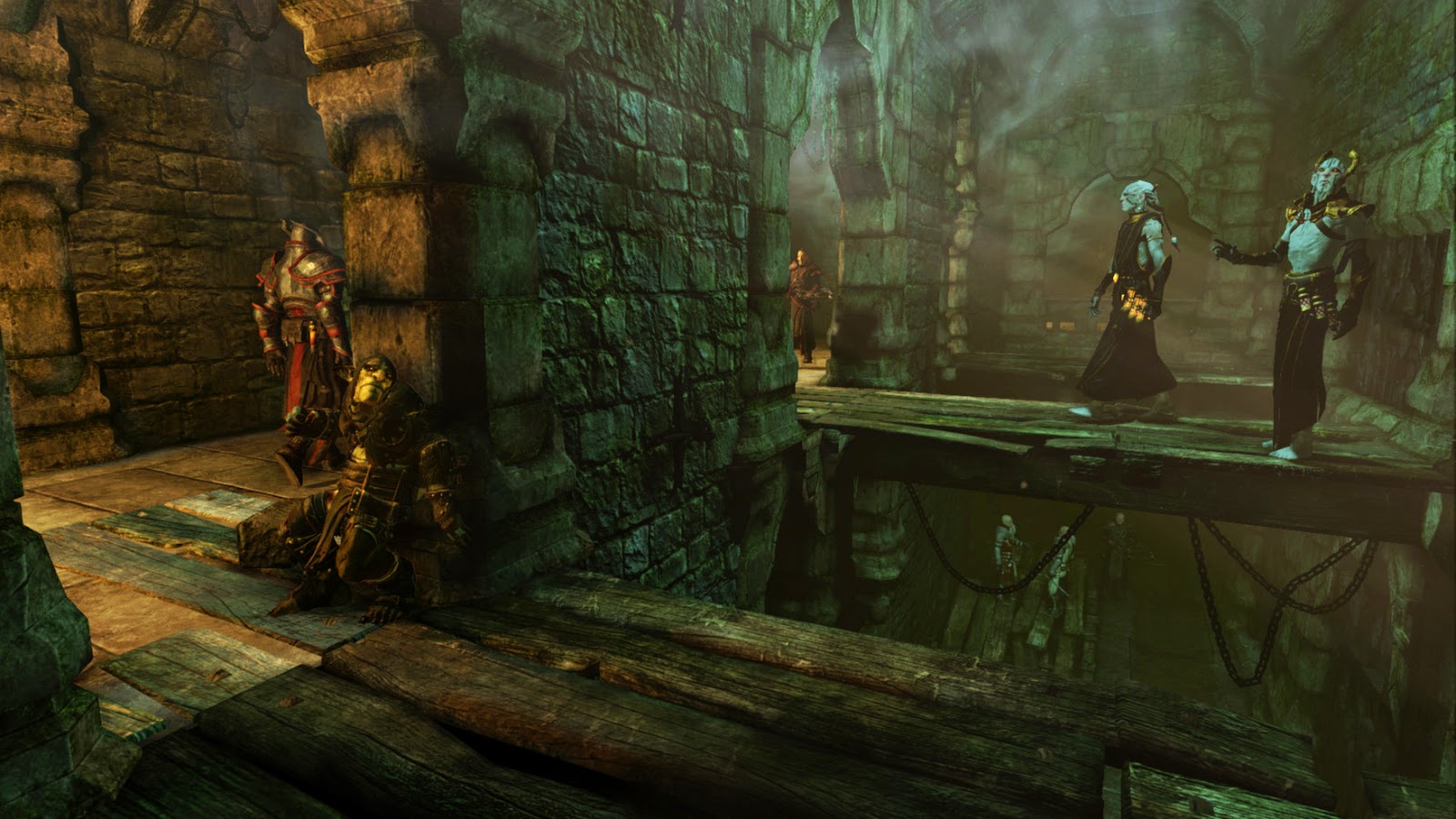 Things would be too easy if everything was available to see by a casual glance around the room. The last of the amber abilities is that too look through the amber instead of your own eyes for hidden symbols that will lead Styx to hidden hideaways for supplies or to other people or items that you will require. The environments are very well designed in which there is always a way through them, figuring them out however is the trick. The only issue that I ever had with this amber ability in regards to the environments ability remembering that I actually had it. Making sure to use it from time to time helps figure out other possible avenues as to where to go and as a bonus, this vision also highlights the possible handholds for what is essentially Styx’s bouldering ability.

Supporting all of these elements is a skill tree of sorts that can be accessed and upgraded with points from the hideout. Skill points are granted for the success of completing the various missions and sub objectives along the way. As I saw early enough, completing possible side objectives was worth it as it helps unlock the higher tier abilities that Styx has access to. Each tier costs more and more than the previous one making these really worth doing. What is a really nice touch is that if an ability doesn’t end up suiting the situations as well as it was originally thought to be, it can be unselected and the points that were spent are returned to be used once again.

Now while all of these work quite well or even alone, Styx does suffer a little bit in the form of controls. Moving around can sometimes seem a bit unresponsive. This could be seen when Styx didn’t exactly want to start moving fast even as I pressed hard in the direction that I wanted to go. Sometimes the jumping from one handhold to a diagonal position or over to a balcony could see a fall of several stories as for some reason it didn’t quite register as to where I wanted to go. These could at least generally be compensated for by really taking your time to aim the jump as long as you were not being shot at. Generally though the faster movement controls weren’t that big of a deal since most of the time I had Styx moving around at a slow space while trying not to draw attention to myself. This could really be all for naught most of the time though… (points to the original patience statement).

All in all Styx, while being frustrating as trying to stealth properly as I still have much learning to do in this category, was a lot fun. Between the various gameplay elements and well written dialogs for the cutscenes, Styx is a well- rounded package.