On a general principle I have two adjectives that get attached when I am called a gamer. The first is that I am more often than not being called a niche gamer by most of the people I know. Comes with the territory of playing Nippon Ichi, Compile Hearts, a fair amount of indies and RPG Makers among others. The second thing that is said is that I am a sadistic gamer. Dark Souls 2? Took the day after it came out because lets be honest, why take the day it comes out off when stores only open at certain hours? Taking the day after means you can get home after work, slap in the game and play until you can’t play anymore. I swear that was not twenty hours of gaming in two days. My point with all of this? DarkEnd falls into the both categories and it was one hell of a dungeon crawl. Seriously. Who puts poison on all the monsters on the first level? Brilliant!

Players should be wary when venturing into the terrible lands of the DarkEnd. These lands are out for your life. Now while I say that the Souls games are sadistic, to a degree they have nothing on just about any of the Shin Megami Tensei series where just having a single elemental weakness can be the end of your entire party. This is where DarkEnd fits into that form of equation. What does this mean overall? Challenges are good and knowing that the game over screen is just ahead makes decisions that much more important. One of those most important of decisions is trying to figure out how far you should venture before turning back. Miscalculate and you will most certainly perish. Braving the DarkEnd does not come without a certain levels of choice. However be warned, once chosen there is no going back. 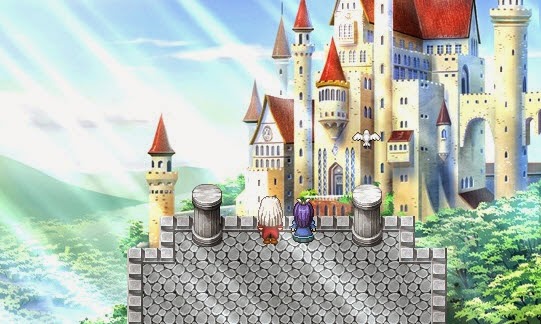 There are four difficulty levels that can be chosen from, but be careful as they really do get harder and harder as the level increases. Following the level of difficulty that players wish to experience, there are two choices that will shape the story and the experiences that go along with them. The first of these is to choose which of the four possible characters will be the main character for the adventure. Each character has their own strengths, weaknesses, and storylines. What was interesting to experience was how the same townspeople reacted to the various characters. Some were in awe while others were in absolute fear. The next choice is to choose from the remaining three characters as your secondary which could either support the main character’s weakness or just make a powerful combination.

The system takes an interesting approach to how characters acquire abilities both active and passive. While in town there is an option to head into what is called the Corridors of Origins. This separate area allows for various choices in skills which come in the form of crystals. There exists separate pathways for both characters in which these various skills can be purchased at the cost of skills points. In order to proceed and acquire newer and more powerful skills, the Corridors of Origin works like a skill tree. To continue on a path, both previous skills and level requirements will need to be met. This being said however, only the next crystal in the line can be inspected in order to slightly plan ahead. The options for skills, upgrades, and enhancements are so varied that it allows for multiple ways of using even just a single character. 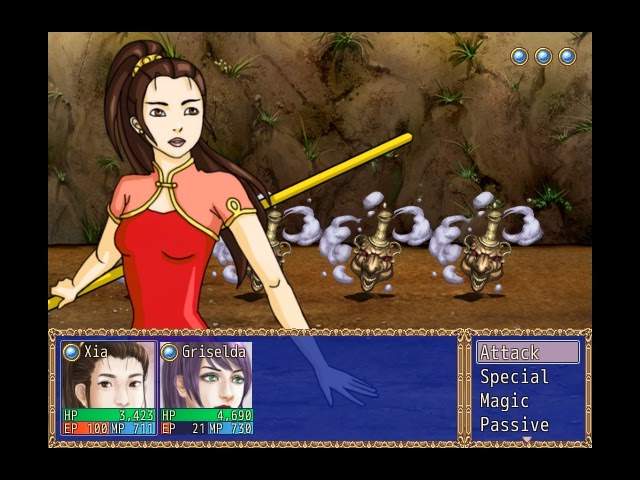 Once players have left the town to head into the Dark Maw the gloves come off and there are only two real options left. Survive or Die. I’ll be honest that I’ve seen the game over screen on various occasions and sometimes I was left so surprised that I believe the words “it’s own” were used and I plowed right back to the floor that I was on to exact some sweet vengeance upon it. What is really interesting is that in some ways Dark End uses a semi-randomized floor generator for players to explore as they descend further and further down. I say semi as there are already pre-generated maps that are called in randomly as players go down. This can make multiple trips through the same zone for a bit of grinding different as the same floors might not be seen.

A nice touch is that all enemies can be seen wandering each floor. What really took me by surprise however was the first time when I went up to an enemy and it wasn’t the standard slim like monster moving around but instead more of a wraith like creature. I’m going to chalk this kind of fight up to pretty much taking on a mid-boss. I couldn’t handle it the first time and the game over came around fairly quick. This ladies and gentlemen was awesome. Knowing that there are harder fights to be found made it all the better when grinding as it allows a player to really pick and choose their battles if resources are starting to get more limited or if better gear needs to be purchased. Knowing that I could find these mid-bosses made exploration that much more intense at times as victory was not a sure thing. 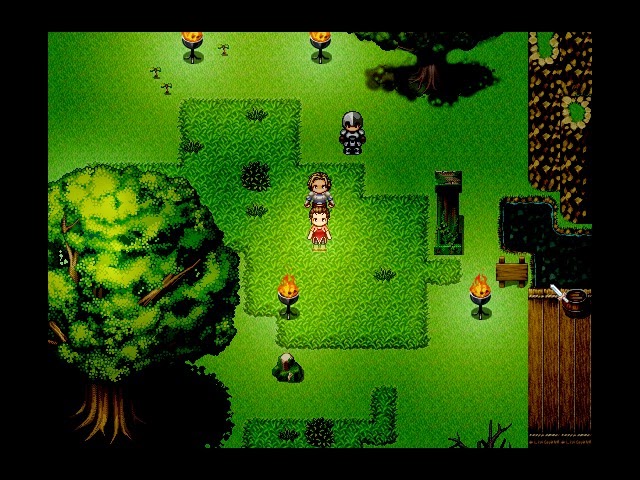 While the story at the beginning was turned on high I was worried that it may have been allt there was until I had encountered the first boss which relieved that worry. Story segments are broken up into areas instead of each floor. I quite like this setup as I remember groaning at the lack of pace while playing the Guided Fate Paradox. Loved the game but the pacing was all wrong with too much story and not enough gameplay. DarkEnd contains the proper balance between dungeon crawling gameplay and storytelling that drives the need to go further and find out what happens next. What makes all of this better is that there are four characters that can be chosen as the protagonist and each has their own story. Add that each of these can have a different secondary character to change things and that is going to give cause for lots of different DarkEnd exploration. I have NOT already started three separate adventures between my PC and my Laptop.

Overall between the various gameplay elements, the well told story, and sometimes quite awesome character dialog (love Griselda), DarkEnd is well worth the time for anyone who appreciates a harder RPG or even Roguelikes as they will feel at home.