I grew up on Pokemon and Yu-Gi-Oh! and still play the latter online today. Digimon sort of fell into that same area, but was never quite as interesting to me. I followed along now and again, but the property never reached must-have status for me, despite a generally fond impression of it all. There had been talk in some corners about new Digimon games coming to the west – unfortunately the one we got, All-Star Rumble, is fun but mud puddle shallow. That is not to say you cannot splash around in it and have a good time, but it runs out of content and tricks fairly quickly. 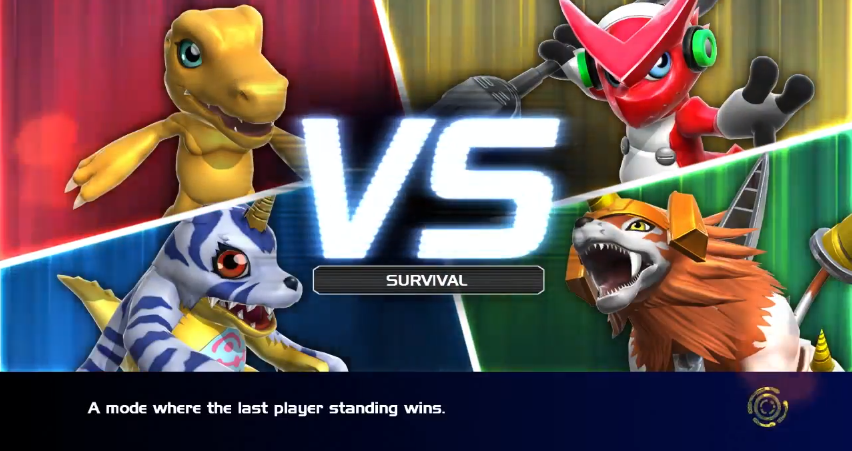 The music and graphics are almost exactly what you would expect. We are not talking about a technical masterpiece here, but a game that is using bright visuals and cheerful tunes that emulate a property that is geared towards kids. The end result is a playfully cheerful battling game (quite an odd mix, I agree). The story mode is pretty sparse, essentially revolving around some Digimon laying about on the grass bored with their peace-filled lives and wishing for the days when they used to kick each other in the head for fun and games. They then decide to host a tournament where the strongest Digimon will prevail.

The game then walks you through a tutorial-like set of basics (there is also a separate training mode for learning some of the more intricate move sets, but that is so not needed as the story mode goes through the basics effectively enough). Your little Digimon will run and jump through the areas, fighting one to two hit trash monsters for coins and smashing barrels for the occasional item. A bit more variety in what could be found would have been nice. Coins are used to purchase cards (more on that later) and sometimes orbs that restore special power can be found as well. Special power is basically used for your ranged attacks and does not regenerate on its own. 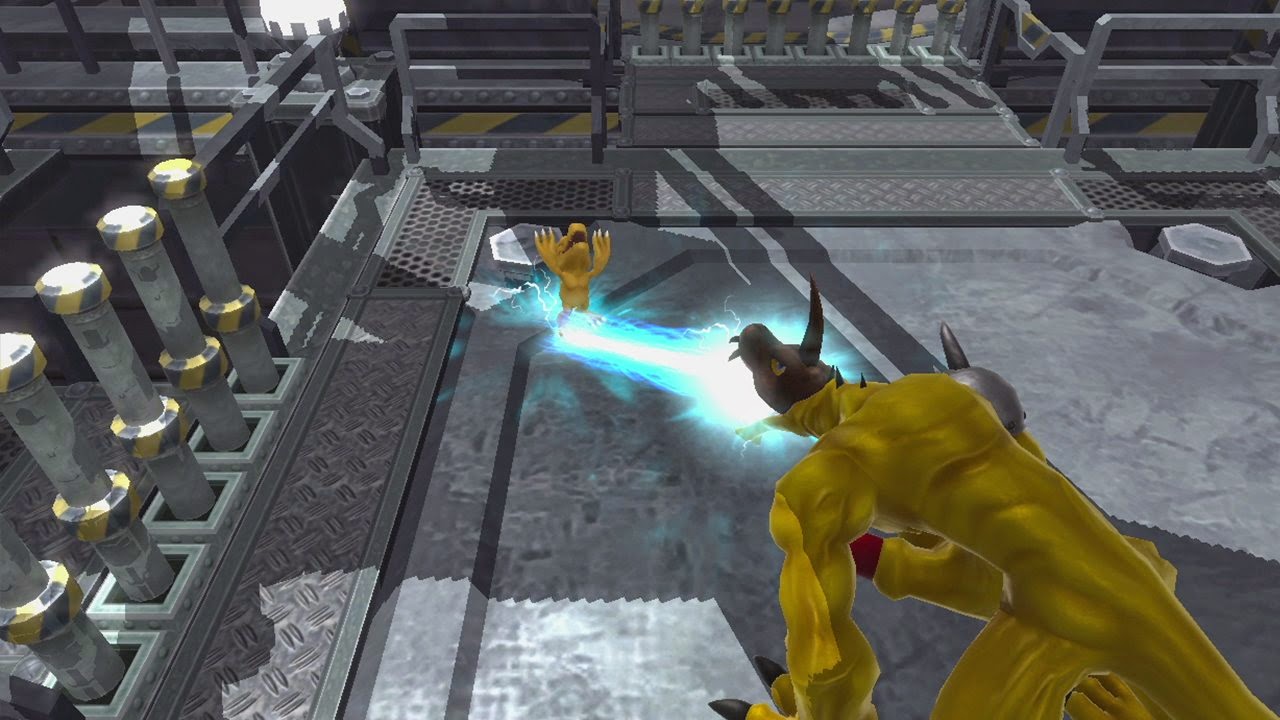 Navigating the levels themselves is fairly quick. Later ones can take about ten or fifteen minutes, while the earlier ones can be traversed in roughly five minutes or so. Sometimes the level design loops back around on itself, waiting for you to be a section of monsters or to punch a switch that opens up gates, but it is all pretty straightforward stuff, which is great given the younger audience that Digimon is trying to target. This simplicity permeates the overall combat, which can be a plus or a minus I suppose, depending on who you are. For example a small kid? The ability to pull off combos by mashing away at one or two buttons is a good idea. There are special moves that can be pulled off, but they really are not worth learning. I was able to beat the story mode by almost exclusively just punching stuff. The only exception to that rule came in the last two or three boss fights, who were surprisingly hard given how loose the combat feels. I can see those encounters frustrating younger kids.

Speaking of the loose combat, the biggest distinguishing feature of Digimon’s combat is that it takes place on a 3D level. The similarities to Smash Bros. is hard not to notice, especially for someone like me who has been playing Smash daily on my 3DS since its release. Digimon is trying to emulate the formula but because this is not a flat, 2D world, there is an extra set of angles to take into consideration when navigating the arena and trying to land attacks. Ranged ones are especially handy for this reason, because they usually hit. 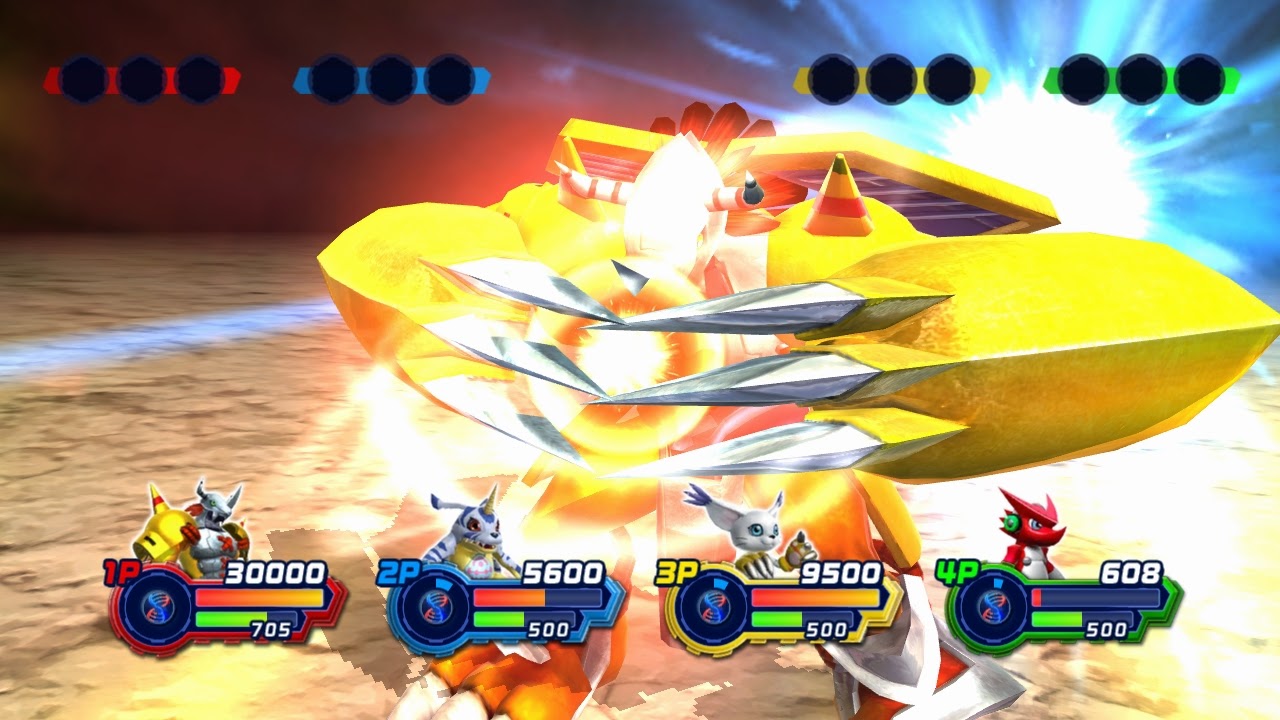 As someone who logs into Smash daily to play online, the decision not to include an online mode with Digimon All-Star Rumble is a perplexing one. There’s barely more than a dozen characters and levels. There are a few variations on the battle mode, but it essentially boils down to match conditions such as taking all of your opponent’s life or having dealt more damage than they did when the time runs out. The local combat is actually a good deal of fun when you can get three or four people playing at a time, but there really, really should have been an online mode to this game.

Digimon All-Star Rumble is not quite the game fans have been waiting for. It’s fun and accessible, but almost simple and feature-lacking to a fault. It should appeal to younger gamers who are invested in the property in some fashion, but there is enough meat on the game’s bones to provide a fun party experience as well. At least for another week. The problem is Smash casts a long shadow and I know my friends and I, while enjoy Digimon for a few days right now, will likely put it away in favor of Smash Bros. when it releases shortly.