As the 2014 holiday season is right around the corner and now that the Xbox One has been out for about a year now, accessories of all shapes and sizes can be had from various manufacturers. Ever since I picked up the Xbox One I have been using good ol’ AA batteries to power my controllers and it was not until recently that I was provided the Energizer Xbox One Charge System available from PDP (www.pdp.com).  Now, some of you may think I am bonkers for not picking up a play and charge kit like this, and I likely am, but I was doing fine with the AA batteries; after all, I have a young daughter so every single thing she gets requires some sort of battery. In other words, I am fairly well stocked with them. 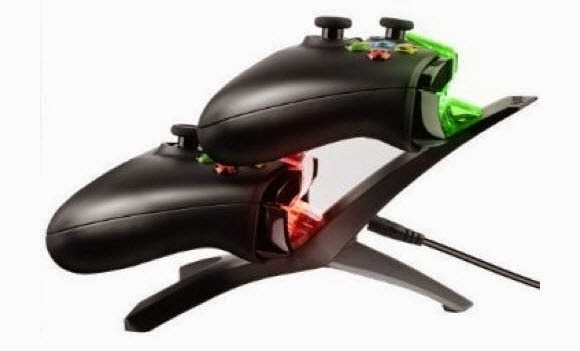 As more titles have been released (specifically Dragon Age: Inquisition) my time spent with an Xbox One controller has gone up drastically which causes the pocket book to lighten a little due to the need to replenish diminishing stocks of AA batteries. That is where the Xbox One Energizer Charge System comes in; for a small investment (really, it is quite inexpensive), you get two rechargeable batteries and fancy-looking quick charging station. Here are my impressions.

I will not beat around the bush; this is a must have. Whether you do light gaming, heavy gaming, or are somewhere in-between, the rechargeable batteries will pay for themselves within weeks, sometimes sooner. When I received my Evil Controllers Modded Controller (see: http://chalgyr.com/2014/11/xbox-one-modded-controller-steel-by.html ) I began burning through batteries left and right so I needed to look into picking up a charge kit. With the Energizer 2X Charging System I am able to go about a week without charging the battery before it starts complaining, which is significantly better than the good ol’ AA batteries I was using, as I would replace them once every four days. 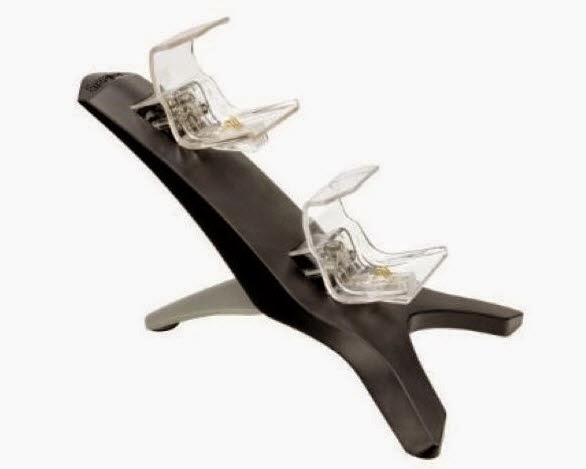 using the standard Xbox One controller it would last almost ten days before needing a charge. Mind you, I am only playing for a few hours a day, but even after a solid weekend of nothing but gaming on the One, I would still have a decent charge. Where I saw the biggest drop in battery life was actually while watching Netflix or another streaming service; when turning the controller on and off multiple times an hour would drain the battery a little quicker. That is common though, as most battery-operated electronics drain the batteries on boot-up (laptops, tablets, smart phones, you name it, boot up takes a chunk out of battery life). While the life of the battery is much better in the standard Xbox One controllers, modded and/or aftermarket controllers have no issue holding a charge longer than a AA battery.

Outside of the obvious cost benefits to the use of a rechargeable battery you are granted peace of mind in the fact that you can simply pause your game and set the controller on the charger for an hour or two and the battery will be charged almost to full and you can be back to gaming. Since the only other “gamer” in my house is an occasional 7-year old, I am able to rotate my two controllers out for near non-stop gaming which is great since I do not need to run around like a chicken with my head chopped off looking for AA batteries. I also no longer need to worry about pilfering the batteries from the nearest Barbie toy which means I have a happy daughter and a happy daughter is a happy daddy. 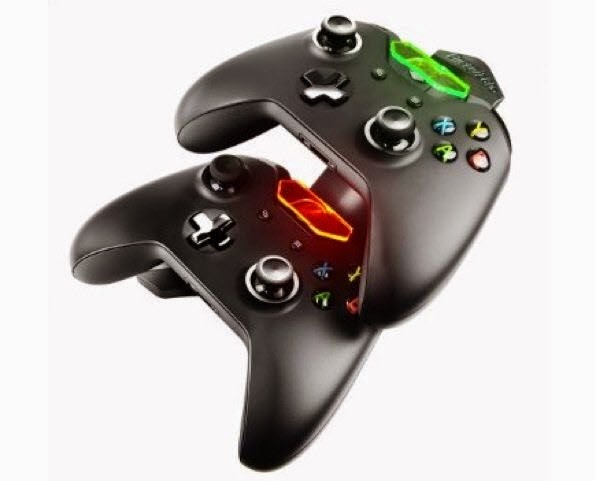 More so than most of the other peripherals that I have, the Energizer 2X Charging System for the Xbox One by PDP is my most trusted accessory. With a small up-front investment, the savings that can be had from not having to buy $10+ AA battery packages every month really adds up. Pending on how much you play, it may pay for itself in the first few weeks of ownership. I have a lot of different peripherals but the peace of mind that comes with knowing my controllers will be charged and ready while I make dinner or sit down to help my daughter with homework is well worth the small cost. This is, without a doubt, an absolute must-have for any Xbox One gamer whether they are casual gamers, hardcore gamers, or gamers that will occasional sit down for long bouts; regardless, the 2X Charging System will keep your controllers well charged and ready to go at a moment’s notice.