Gunspell tries to bridge genres in similar fashion to other titles like Puzzle Quest and Gyromancer. On a technical level, Gunspell succeeds in blending RPG mechanics with a match-three puzzle game. Some of these mechanics work better than others as Gunspell by and large still feels like a mobile game that was simply ported to the PC. With a bit more time and effort the end result could have been something very interesting, but as it stands now it is a decent enough title that feels too similar to other games that have ‘done it better’. 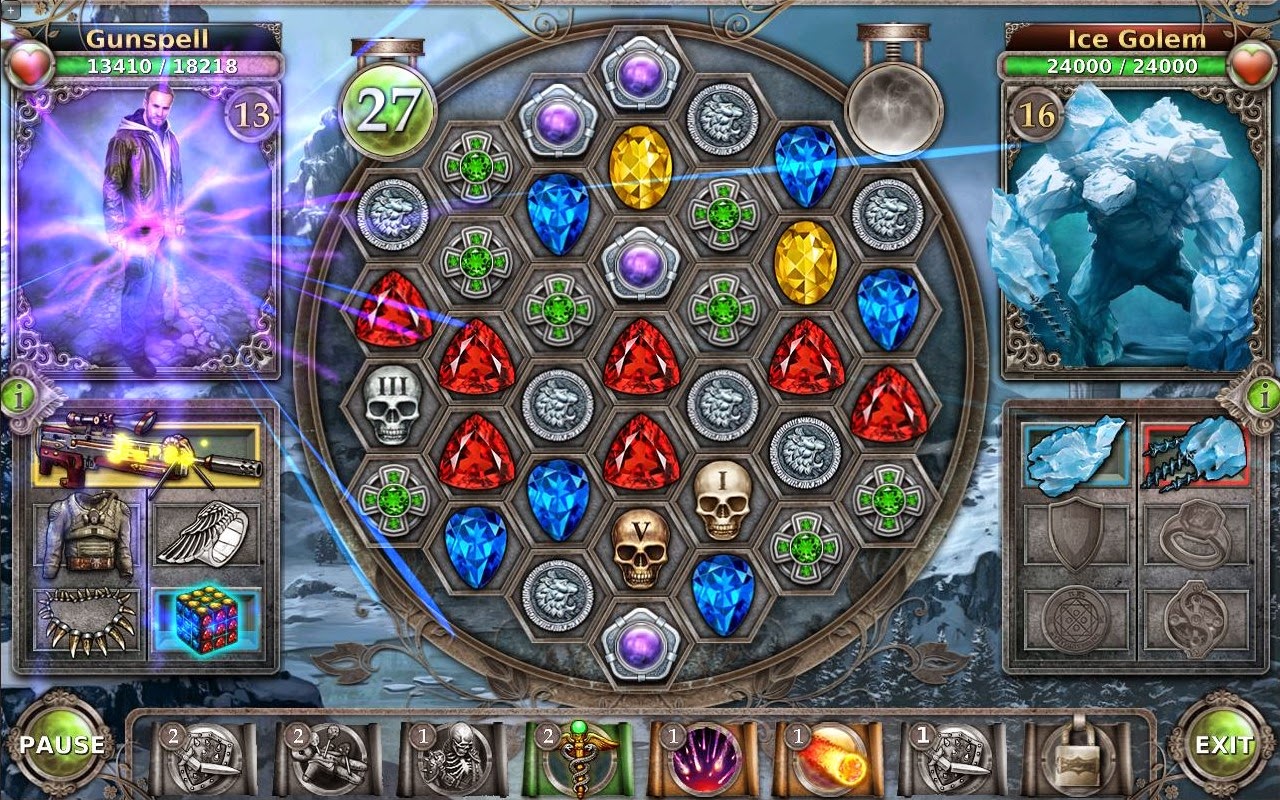 I absolutely adore titles that blend genres effectively. Seriously, read my reviews of Puzzle Quest or Gyromancer if you are looking for interesting examples of how puzzle and RPG can mix very effectively. Gunspell seems to get the basics, with a match-three premise that incurs specific results depending on the type of gems matched. Some give you money, others restore health or grant mana, but the most important ones are skull gems that deal damage to your opponent. You and your opponent each start with hit points that are diminished by these skulls and also through special attacks.

These special attacks come in two different flavors. The first is in the mana gained by matching red, yellow or blue gems. If you have a weapon that corresponds to those colors, it can eventually become charged and deal some direct damage before and on top of your gem movements that turn. There are also limited use spells that can do things such as direct damage, increase your armor or change gem types on the board into something else for some pretty incredible chaining effects. 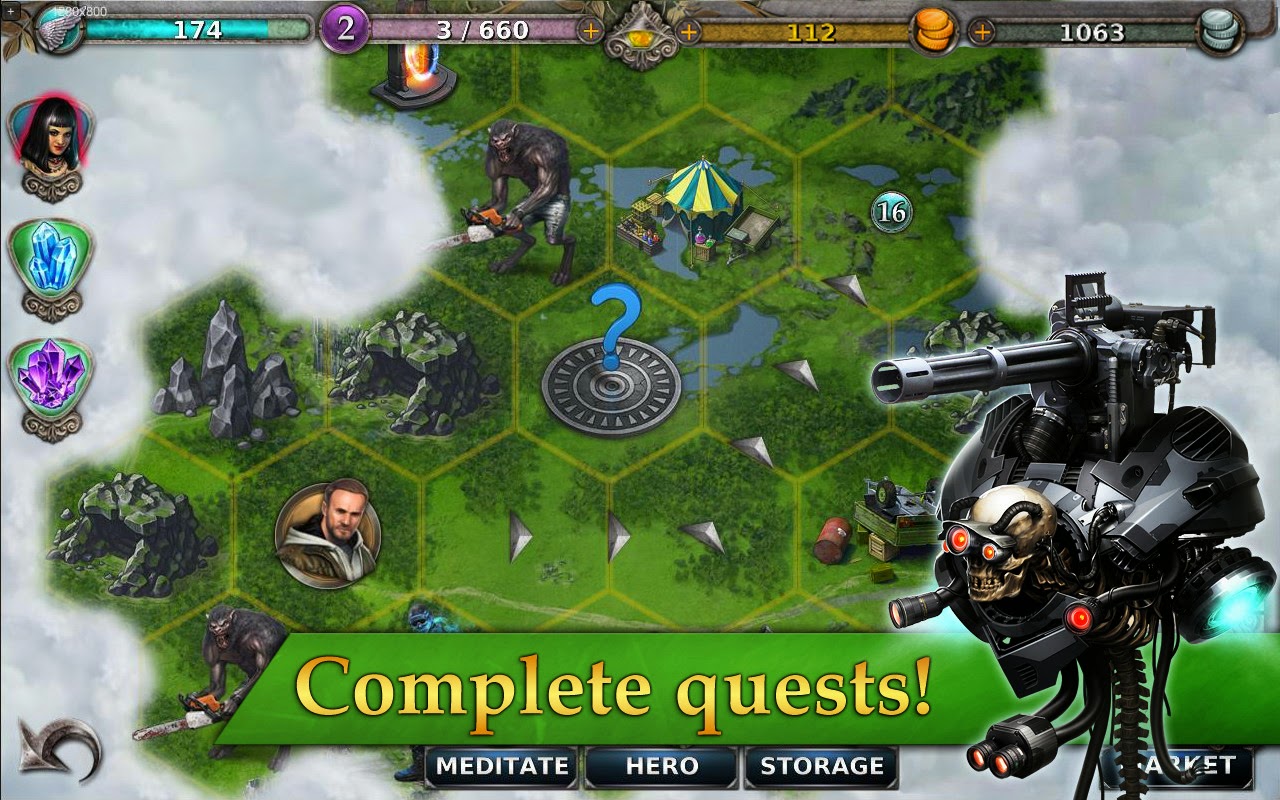 The items, such as the weapons above, are probably the most intriguing hook here. There is a Diablo-like look drop with almost every kill. Most of the time you will just sell your stuff but sometimes upgrades are there to be found. These can have passive or active effects. Early on, these items make your character so power that the game feels completely unbalanced. The later hours do provide a few more challenges, but I did not lose my first game until probably levels or so in, and never really had a tough time of it. I do not believe I had to replay any match more than once. There is a fine line between being accessible and being a doormat, but unfortunately the enemies in Gunspell tend to suffer from the latter.

The loot drops along with repairs and upgrades really are the best part of the game. The story is just sort of there, trying to tell a sort of supernatural tale mixed with the real world. While the game and story are very linear, there are dungeon-like screens that allow for some basic questing and exploration. Again, more variety would have been nice and there is a strange mechanic here – Stamina – which feels like a holdover from its mobile days. Especially since it serves no real purpose here except to make you waste a bit of time playing a sort of rhythm-like timing game to restore your stamina and continue to move and explore. It was likely there initially as part of a microtransaction but now basically serves to pad the play time a little. 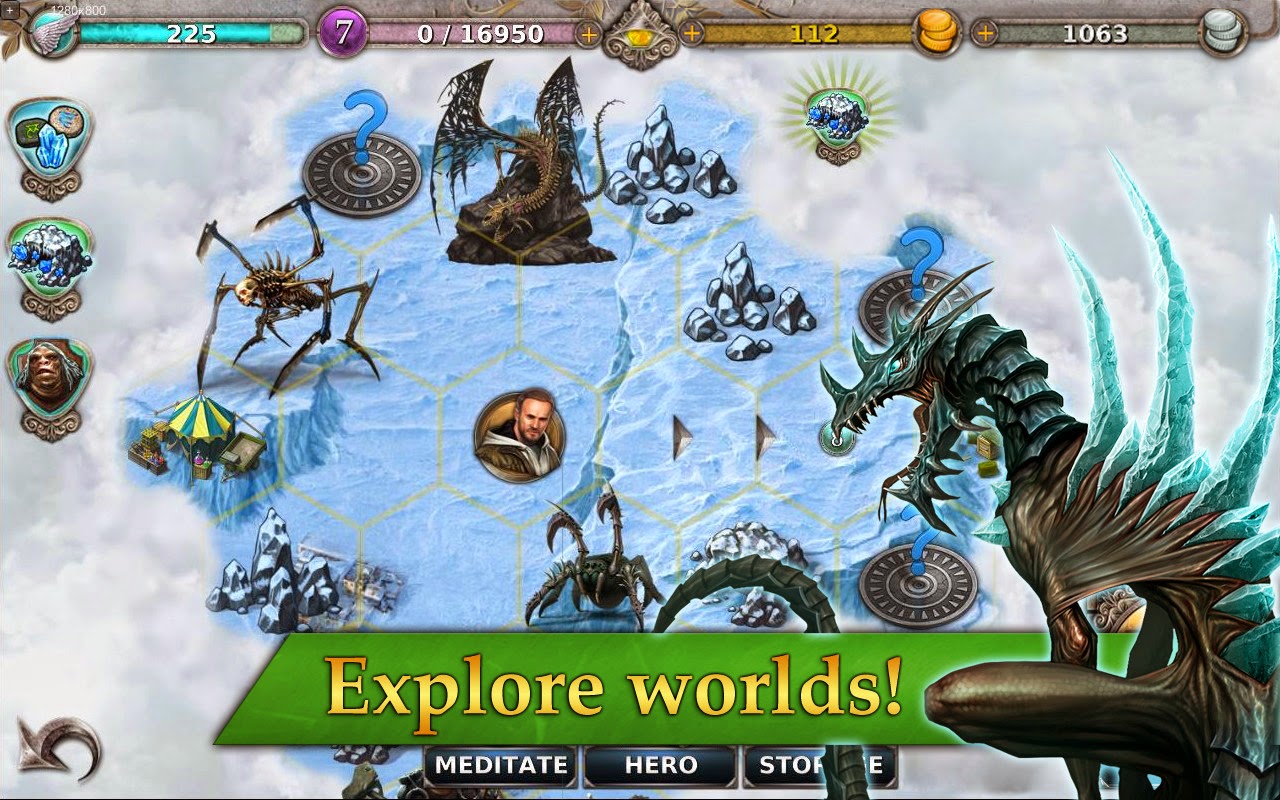 The ability to gain levels and purchase resources to put into fixing and pumping up your gear gives a reason for the battles. There are also achievements sprinkled in for doing things like winning a fight with no weapons or killing an opponent in one turn (something I did repeatedly for the first hour or two). These offer small rewards as well and gave me something to go back and check every now and then as I continued my character’s trek.

Gunspell is a perfectly decent but highly repetitive game that seems to know what it wants to be, but the end product is not as polished as other similar, better titles out there. Puzzle fans will probably enjoy it well enough, but it does make a fairly shallow first impression. Further in, when enemy difficulty increases and more equipment options become available, Gunspell seems to find its footing. Some branching storyline options to add replay value over time padding mechanics like stamina restoration would have required more work but likely yielded a better overall result when everything was said and done.