comments Share
You are reading
Just Dance 2015 – Xbox One Review

Since the Nintendo Wii was released, and later the Microsoft Kinect, dance games have been quite popular in the home. Prior to motion controlling, the only real option for dance-related games was Dance Dance Revolution. I recall watching kids half my age just crush hi-scores and nail perfect after perfect on some of these songs and being a bit in awe of them; you see, I am fairly terrible at any form of rhythmic moving so I always stayed away from dance or anything resembling dance. When motion controls became a “thing” it was only natural for dance games to come to the home consoles which allowed folks like me to go through and “dance” in the safety of our own homes and away from prying eyes. 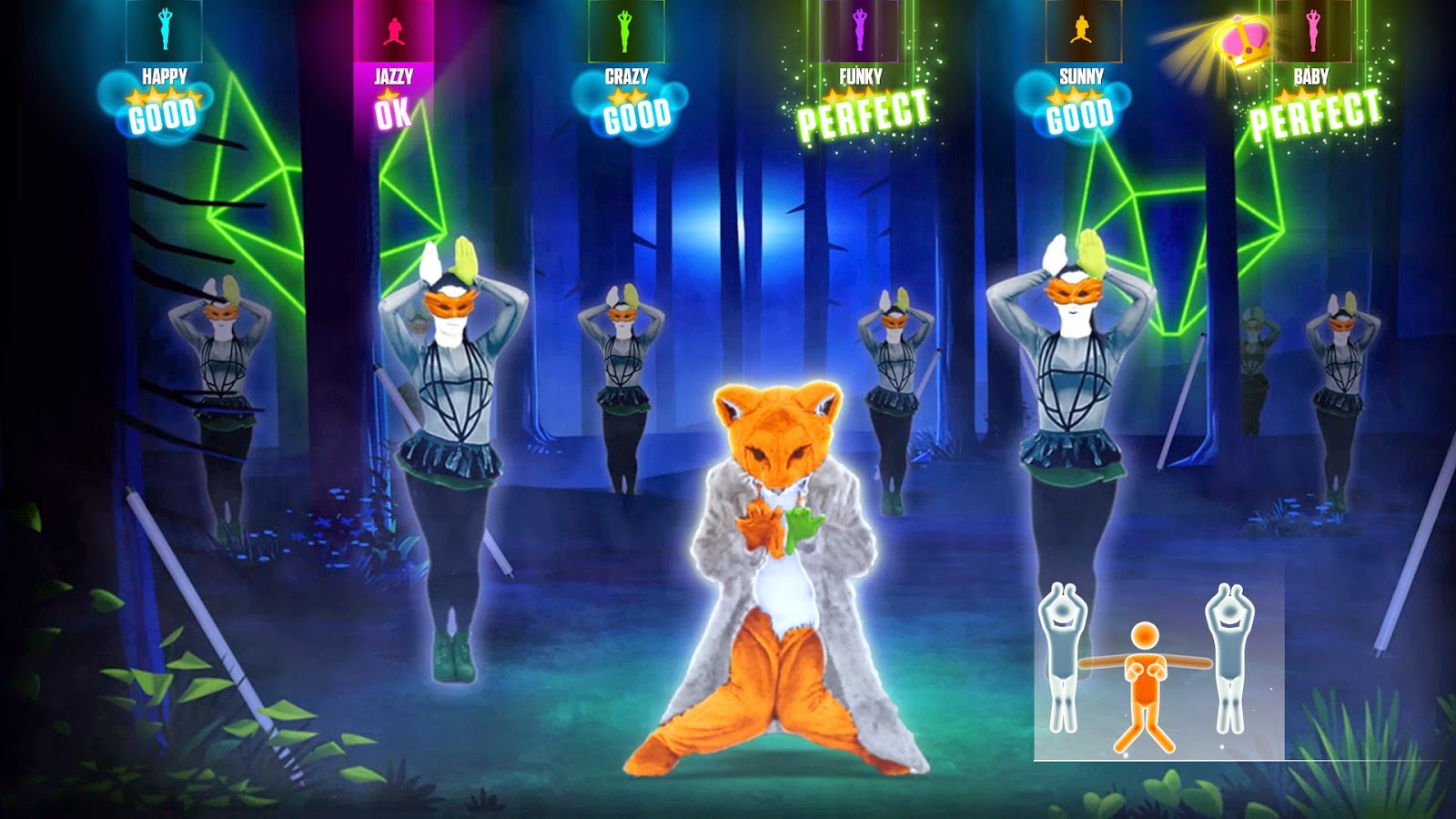 With the success of other music-related games like Rock Back and Guitar Hero, it was only a matter of time before a game such as Just Dance was born; released in 2006, the first Just Dance title for the Wii was a massive hit, going on to spawn many other releases, each better then the one before. While the original title was relatively poor, Ubisot has steadily improved the series and with the Xbox One’s Kinect being better than ever, are they able to take advantage of some of the best motion-controls to date? Read on to find out more.

To address the graphics first, Just Dance 2015 is colorful, vibrant, and well drawn; the downside to that is that my seven year old daughter would get caught up in looking at all the pretty colors and moving parts and less at the moves that she was supposed to be doing. On-screen dancers are animated well and the different models, which represent the different players, are easily distinguishable though a few times I did find myself struggling to keep an eye on the correct dancer.

That is less of an issue of the game though, and more of an issue with my own color deficiencies and with so many colors on screen it can be incredibly difficult for someone like me where colors confound the senses. While I am not that good at dancing, adding another layer of complexity in the colors that assault your eyeballs can lead to some rather poor scores and hilarious moments in flailing about, I still found the dancers fairly easy to track, if not so easy to imitate. 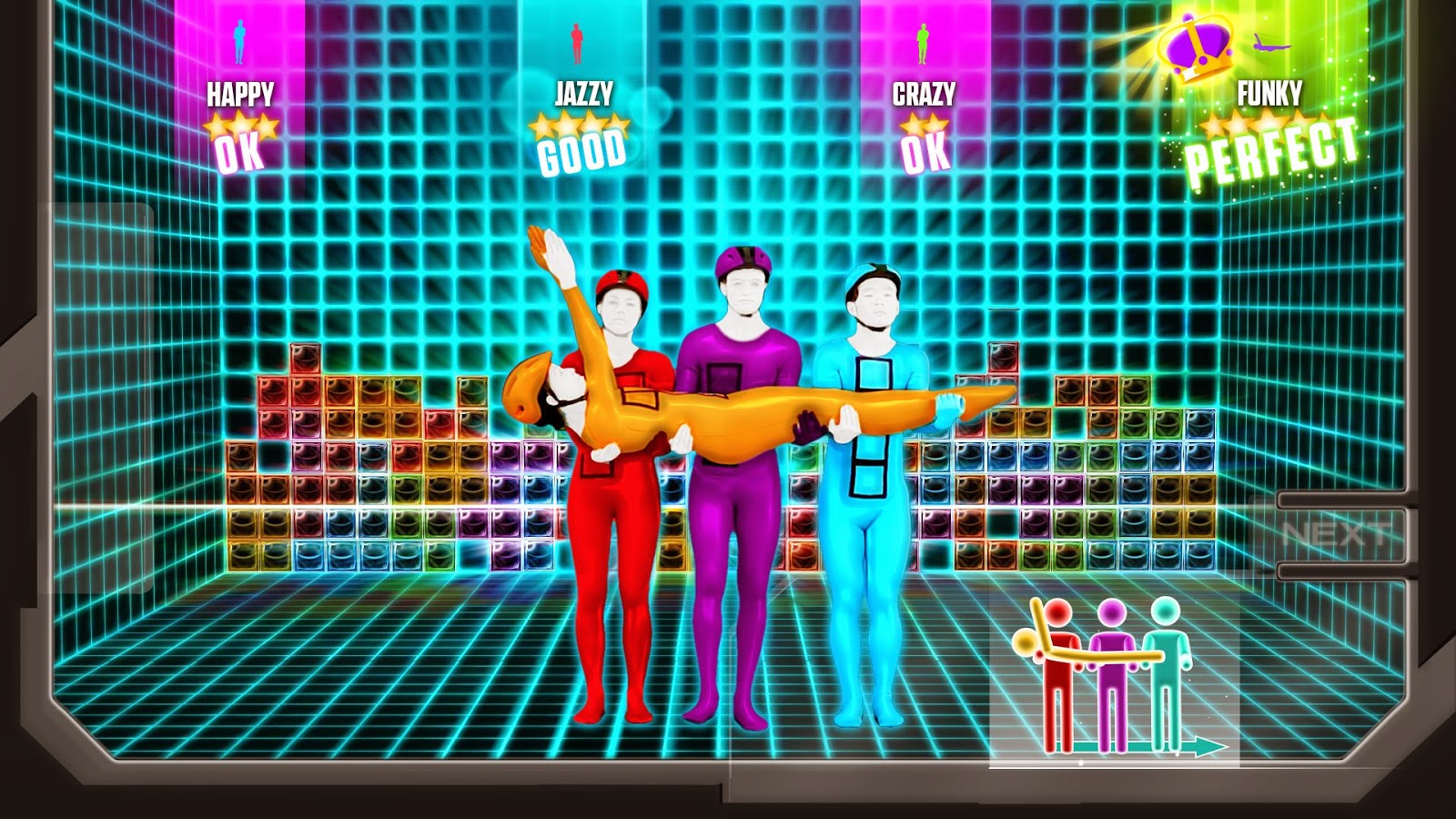 Face it, though, the whole focus of Just Dance 2015 is not the glitzy, glamor-y effects that are exploding all over your television; Just Dance is all about the music and the moves. The starting soundtrack of 45 or so songs ranging from recent songs from artists such as Iggy Azalea and Ariana Grande to classics like Marvin Gaye and Dead or Alive. I personally gravitated towards the 18 or so songs that were from 1996 or earlier, given they more often than not aligned with my own tastes. That is not to say that some of the newer titles, like that blasted “What Does The Fox Say?” song, or one of my personal favorites, the Tetris song.

I could probably write a book on the hilarity of trying to dance to the Tetris theme song; the rhythm, while catchy and fairly entertaining, is not one that lends itself well to dance moves. Which brings me to the dance moves; some titles were choreographed by professional choreographers and those moves were adequately transferred into Just Dance 2015 and you can certainly tell when you approach a song that has had a more experienced choreographer as the moves just worked better than some of the other titles. One of the more poorly choreographed songs would be from Disney’s “Frozen” in the form of Idina Menzel’s “Let it Go.” Given that the song is one of the more known and popular Disney hits in recent years it only made sense for it to show up here however, the dance moves are odd and do not fit in well with the smash hit. In addition to the bizarre dance moves of “Let It Go” you will find rather silly moves such as those found in the Tetris song and “What does the Fox Say?” which help keep the laughs flowing as you bound around the room in front of your TV. 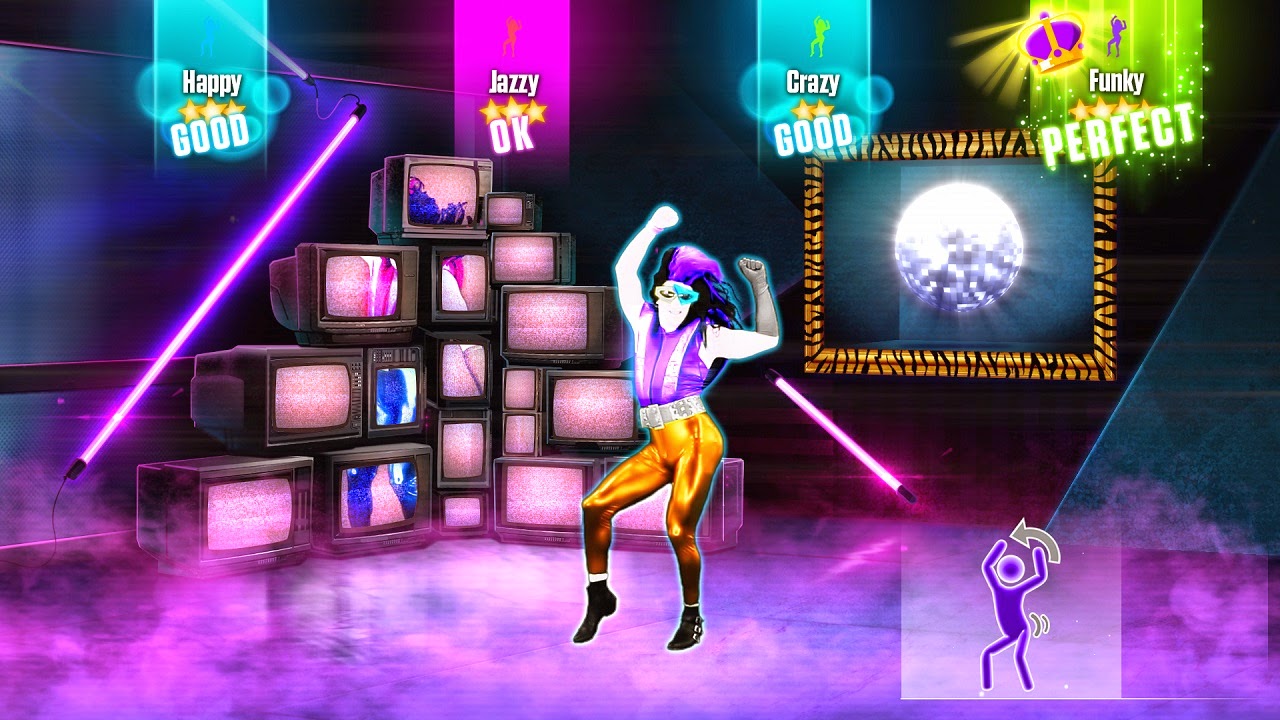 Even with 40+ songs and the ability to add playlists of content for quick parties or family fun nights helps keep the process of dancing and laughing from being broken up by the need to select a new song, though 40+ songs only offers a few hours of fun, pending on your ability to move rhythmically. Those that are more ambitious than I may replay the game over a few times, working to land their 5-star songs, though I am content to move on with my 3-star scores. For those that want more though, you can visit the in-game shop to purchase new titles as they are released, which is fairly common with these music and rhythm-based games and given the early days after the release of Just Dance 2015 the extra selection is not as large as it will be come this time next year; a part of the lure to the Just Dance titles, outside of the fact that it is one of the best uses of Microsoft’s Kinect, is waiting to see what titles will be released.

One thing that both my sister, whom I roped into assisting me on this review, and I both agree on is that Just Dane needs more 80’s and 90’s songs; there is something about dancing to Digital Underground, Vanilla Ice, and Bell Biv DeVoe that works similar to chicken soup for the soul. That is not to say that the playlist that you get with Just Dance 2015 is not enjoyable, it certainly is, it would just be nice to see more titles released that span the different generations rather than focusing on a handful of the current popular songs. Still, I do not think I have had this much goofy fun with my family since the Nintendo Wii was originally released.