Conspiracy theories can be an interesting thought exercise or an all-consuming obsession. But they can rarely be verified. What if there is a group of individuals with all the evidence required to unwrap such debates as MK Ultra, the JFK assassination, or the moon landings? Majestic Nights, the upcoming episodic game from developer Epiphany Games, is built on the idea of a shadowy cabal holding all these secrets, and the intrigue and deceit that surrounds them. I had the chance to play Chapter 0, a small introductory vignette to the 6 episode arc set to release at the end of the month.

Set in a grimy 1980’s alternate reality with comic book aesthetics,
Majestic Nights has you controlling a mysterious character known simply
as Cardholder. With clear, though dubious, ties to the greater US
intelligence system, Cardholder appears dead set on unraveling some
mysteries and coverups. This short initial chapter focuses on the moon
landing and the search for a bizarro Stanley Kubric for questioning. 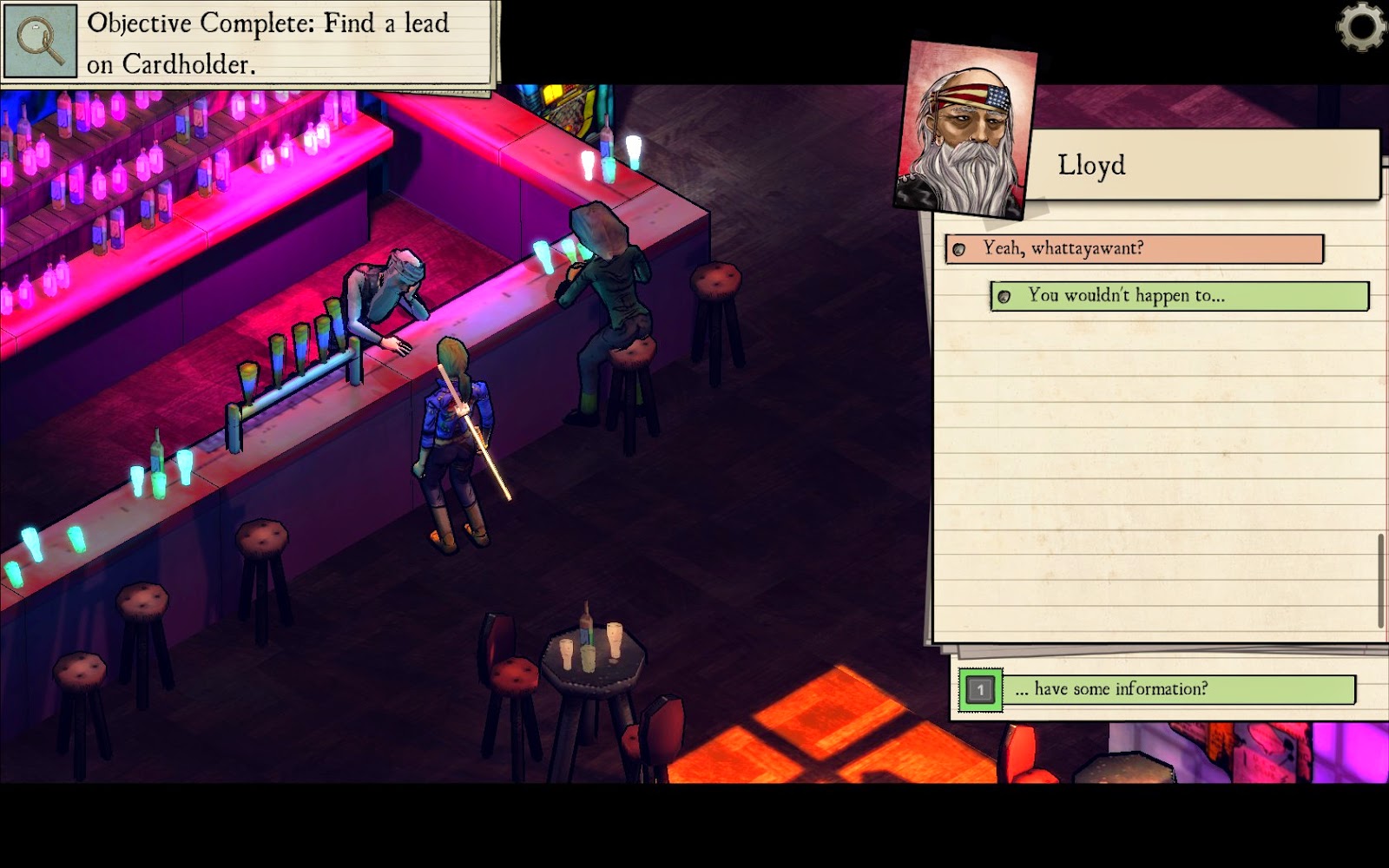 The overall setting hits a lot of the right tropes to make for an intriguing backstory. Bearded nerd-hippie hybrid donning a neon multicolored tracksuit, and holding onto files pertaining to MK Ultra? Check. Armies of black suited agents in a sprawling base hidden beneath a club? Yup. Keytar and synth band playing catchy music for a crowd dancing on a flashy, brightly colored dance floor? You bet. There is just enough of a character setup, and a vast array of conspiracies to pull from, that the ensuing chapters could be quite a wild ride.

When it comes down to playing through the game itself, mechanics are a bit basic and fairly rough around the edges. What is presented is an isometric action game with a heavy focus on conversations and short fetch quests, with shooting and light stealth mechanics thrown in when things get hairy. This is all fairly well trodden territory, and each system feels like an early or bare bones implementation. Moving through the environments, and especially the act of actually aiming and shooting (despite heavy auto aim) is clunky at best. Again, it should be stressed that this game is not officially released and that Chapter 0 is a preview to the series, so gripes should be taken with a healthy dose of salt. 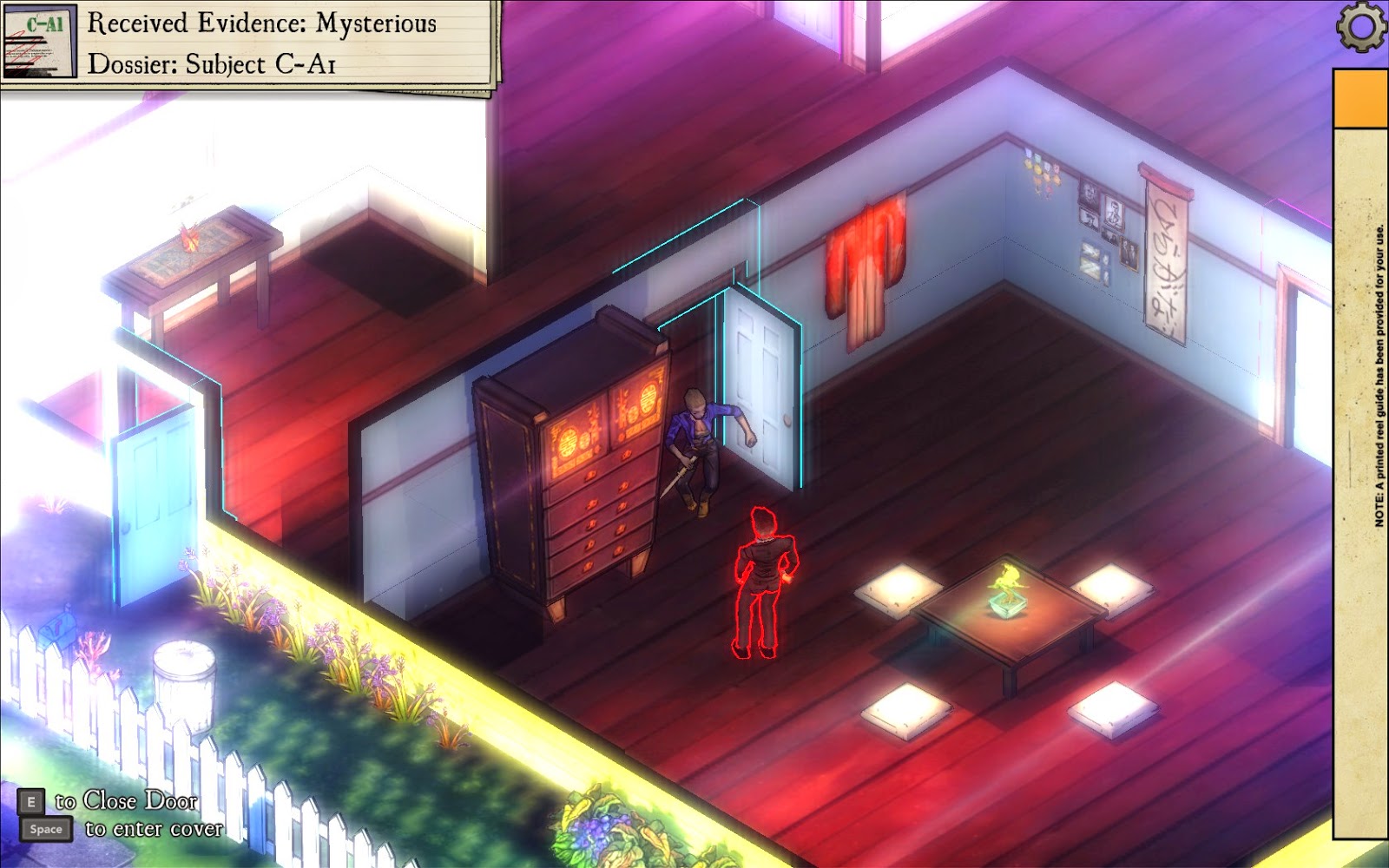 Conversations with NPCs are broken up with various responses Cardholder can give. The writing for these conversations is mediocre, more of a tease for things to come than a deep dive into any real relationships. While some are just fluff or interesting tidbits, other choices can have very real implications on progression – often with no sense beforehand that a choice is of any impact. The first action mission had me sneaking into a former neighbors house to procure a hidden key for a door to my old residence.

Trying to threaten him with your previous, violent exploits has him stonewalling you. But admitting that you used to work for an intelligence agency (something he had moments ago expressed distaste for) impresses him with your honesty, granting access to the key (which he previously had no knowledge of). This type of situation happened a couple more times through the chapter, forcing a frustrating and unintended change of plans.

Epiphany Games has an exciting surfeit of juicy conspiracies to pull from for their story arc, and a simple framework to plug into. Whether that framework evolves and refines over the 6 chapter run, or if it is just a plug-and-play of content each month, will go a long way to determining success and longevity. Regardless, the story is sure to be a roller coaster and one that I’m excited to follow.