comments Share
You are reading
NHL 15 – Xbox One Review

I was recently speaking with my brother about sports games and I was trying to determine what the last sport-based video game I had played was. Depending on who you are and how you see racing games it would be Forza Motorsports 5 however, I do not believe that the Forza games are “sports;” they are a way of life that must be taken, so the Forza titles do not count. That would leave The Golf Club and before it, Tiger Woods PGA Tour 2012 and prior to that, it was the original Tiger Woods game. We then got onto the subject of the NHL game franchise and it dawned on the two of us that the last hockey game we seriously played was an NHL title for the original Xbox (and before that, was that Wayne Gretzky game for the Nintendo 64) so it has been some time since I got my mitts on a hockey title for some real in-depth playing. 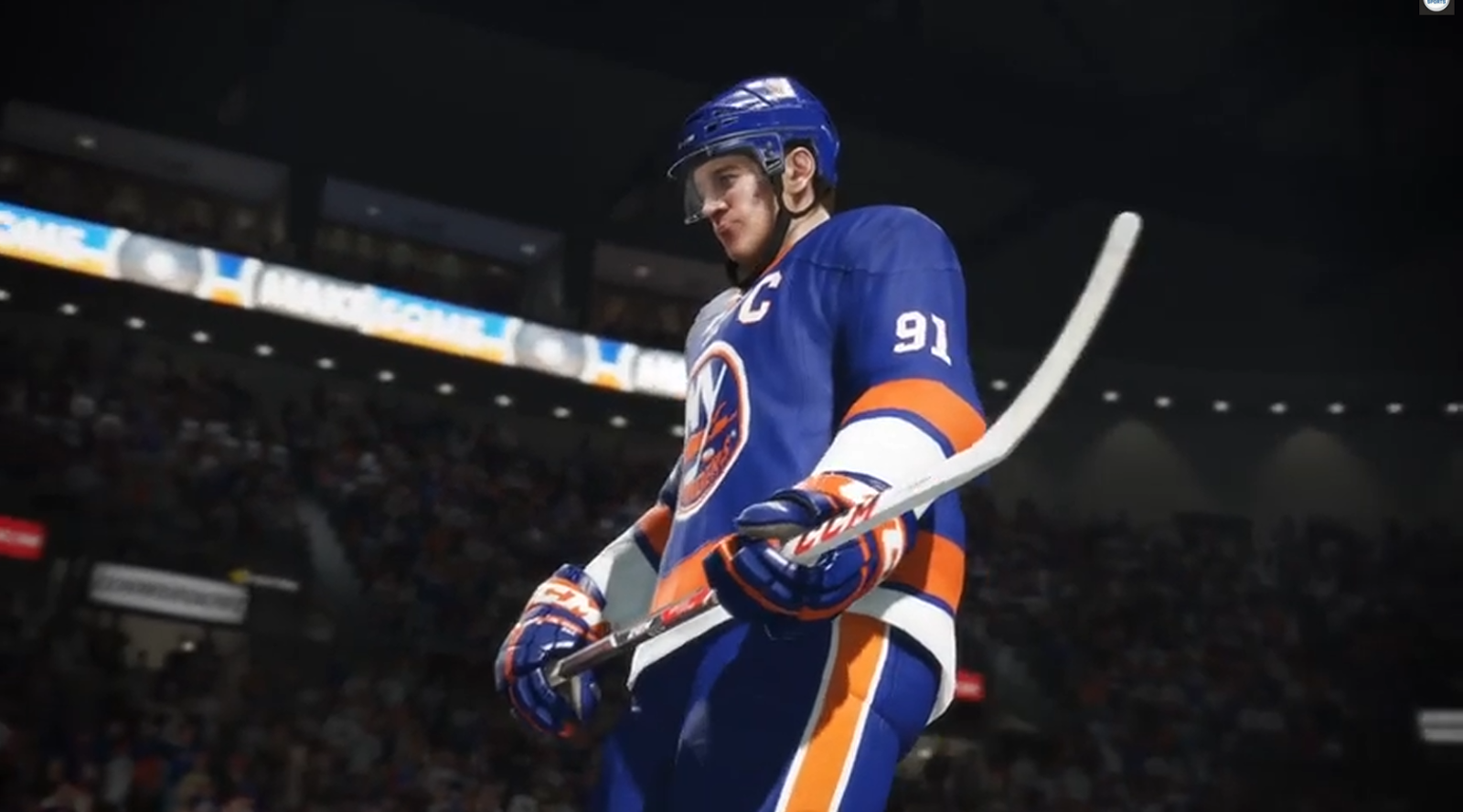 That is not to say that I have simply skipped out on any hockey games between here and there; I was just no longer as attached to them as they seemed to step away from being hockey games and become something different. Fast forward ten plus years and the franchise has changed drastically, moving away from an arcade-style game to more of a simulation title. When NHL 2014 first launched it was surrounded by a ton of controversy; gamers were angry that modes were missing or incomplete or that you could not do this, that, or the other thing. I will say this right up front; please keep in mind that none of the “missing features” will affect my review or my experiences of the game because the last title that I played did not actually have any of them. Since I have never experienced it, it will not affect the score, I will not be reviewing NHL 2014 based on what it does not have when compared to last season, because I have never played an NHL game with those things; to me, they never existed.

Amongst some of the things that have come a long way since I last played is the physics engines in the NHL game franchise. Naturally there is a massive difference in the power of the machines, the original Xbox could not hold a candle to the power of the Xbox One, but still, the physics engine is quite simply amazing. From the way that the players move on the ice to the handling of the puck, everything about NHL 15 is new, fresh, and more importantly, realistic. I found that checking, whether they are hip or cross-checks, had a look and sound to them that had me cringing at times. Seeing the net react as the puck flew in or seeing a player’s jersey sway as they are speeding along the ice is a wonderful sight, enhanced by the spray of the ice as players are pivoting to move with the puck.

Outside of the obviously superior physics engine is the graphics; players actually looked like their real-life counterparts, pucks had decals on them, and every facet of a uniform is meticulously rendered; in truth I had not been so impressed in a sports game’s models in years, if at all. NHL 15 though, really hits the spot in terms of the quality of the animation which is matched perfectly with the quality of the textures. Rinks were amazingly detailed and looked true to their design aesthetics but where I think there could have been a bit of improvement is in the crowds. I cannot hold it against EA though, after all, where does a development studio draw the line and focus their efforts? Do they apply their skill and money to the actual models and gameplay mechanics, or do they spend it on one of the static background environments? For what it is worth, I am glad they focused their effort on the look of the players and rinks and not on the crowds in an effort to show of the power of the next generation consoles; I just think that a little more time could have been spent on the overall package rather than just the highlights of the playing area. Though, this is a sports game and truth be told, most sports fans live for the highlights, so it makes sense. 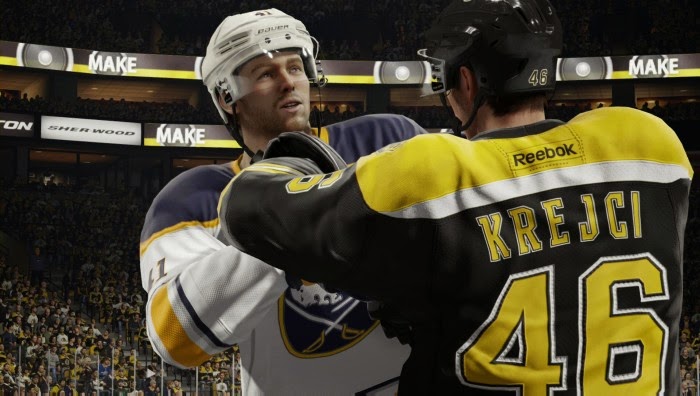 A lot of users went in complaining that modes were missing from NHL 15 and if you take a few moments and peruse around the internet you will likely find a list of items that are missing from NHL 15. I completely agree that those are valid points and that there are things that could have been added, however, I think that gamers are getting a bit ahead of themselves and are showing a bit of their “entitled” side. I for one stepped away from the NHL franchise, as well as other major sports franchises for the sheer fact that they were no longer games. It became more of a sports simulator, focusing on career management, player trades, drafts, and less about the actual gameplay; I wanted to play a hockey game to get as much time on the ice as possible, not spend three and a half hours working out deals to try and get this player or that player.

I understand that  some games evolve and some gamers want more, but in my opinion more can become detrimental to the core of the game. With NHL 15, and its lack of certain features, I felt that maybe EA is working to bring the franchise back to its roots. Maybe they were looking to focus on what makes hockey fun; time on the ice in a competitive match where fists can fly just as often as pucks and so far it has paid off. The gameplay is fast, fluid, and feels more true to an arcade-like style that I have seen in years. Now, for those die-hard hockey simulation fans out there you can certainly go through and start up the “Standard” mode, which has controls that are more suited to the simulation style of gameplay; I personally stuck with the “Basic” style of gameplay which has controls and mechanics that are more focused on the arcade-style action of old. Playing a handful of games in each mode definitely has me switching back to the basic style as I cannot get comfortable with the “simulation-style” controls (where a lot of things are handled with the left analog stick; to me it felt alien).

A lot of gamers that got a taste of NHL 15 via the EA Access feature were disappointed at the lack of features within some modes, such as the Be A Pro feature, only had to wait a few weeks as EA has been faithfully add updates that bring in a number of the desired features from previous years. In a risky move, EA launched the title as the 2015 season started off even though it was lacking some of the features. Instead of just leaving their fanbase high-and-dry though, they have been releasing features as the season wears on. Updates to the Be A Pro mode, as well as the ability to create custom playoffs and with more work being done on the Draft mode, things are really shaping up to be a solid title. 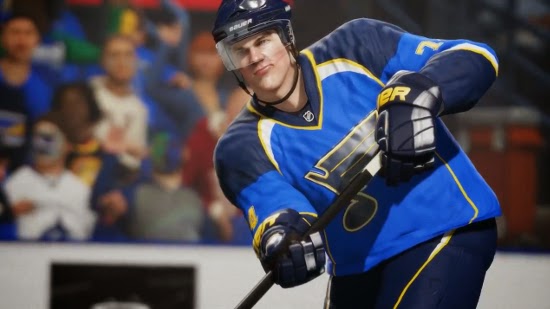 Given that I am returning to the franchise after a long hiatus I actually approve of the slow rollout of the features though, I am sure that will garner quite a bit of hate from some of the franchise’s more devout fans. Having the less complicated game at launch has allowed me to slowly work into the franchise, familiarizing myself with the new modes that I have never seen, to be able to now draft players and create that one team is something new and were I to just be thrown to the wolves I would have certainly ejected the disc and set it on the shelf to collect dust. While some fans will see that it is “not fair” to them and their hard earned money, new fans that were curious may be coming in and staying because it is not an overwhelming experience. Anytime a franchise can gather new players and continue to grow is a good thing, as it means that the possibility of the series coming back the next year; something that new and old fans alike would want.

The biggest takeaway with NHL 15 is that EA spent a significant amount of time perfecting the gameplay and I can say that NHL 15 is one of the smoothest running games that I have seen on the Xbox One to date. Gorgeous and realistic graphics, fantastic audio even with the missing custom music support (seriously, the hits sounded like they hurt and I would wince when I saw one coming), and some of the best controller response I have seen in a game are all a testament to EA’s dedication to their fans. I am not one to praise EA often, and with good reason, but with NHL 15 they really are doing it right; releasing a complete game and adding to it as the season grows is in some ways a brilliant idea. If they continue to release updates as the real hockey season continues building excitement towards the Stanley Cup, if EA can ride the coat-tails and keep releasing updates that matter then the end of the 2015 season may see one of the best hockey games money can buy.

A lot rides on whether EA can keep up the momentum and continue to release content that their fans want; the minute they turn away from their fans though, is the minute that NHL 15 will be the “NHL game that could, but didn’t.” I would not go so far as to say that when NHL 15 launched that it was not a complete game as it certainly was, and it was a game that brought me back into the fold and has me excited for the series once more, but it was also not quite the game that diehard fans wanted. Two months later though, that is a different story and NHL 15 is, without a doubt, one of the more polished and accessible sports games out there for new players.