The months leading up to the release of the Xbox One saw a large number of marketing campaigns showing off Microsoft’s next console; one of the main focuses of the Xbox One’s launch campaigns was the latest offering from Crytek. Those that have been around a while will know that I was extremely impressed with Crytek’s Crysis trilogy on the Xbox 360 as it provided some of the best looking games for the last generation. The next generation of Microsoft consoles was going to launch with Ryse: Son of Rome, Crytek’s newest title and designed to show off the power of the Xbox One. While the launch for the Xbox One was not terrible, it did not release to the fanfare that one would expect out of a Crytek title. Now nearly a year after the launch of the Xbox One Crytek has released Ryse: Son of Rome via Steam; is the second coming of the Son of Rome worth the investment?

Before moving on I just want to bring up the fact that Ryse: Son of
Rome has some extremely high system requirements; it is not a game for
the casual gaming system. For those that are running on legacy hardware
or those that struggle running more modern titles, save your money and
purchase Ryse: Son of Rome for the Xbox One as the PC release can
absolutely destroy framerates on even quality machines. As an example,
running a pure gaming laptop with an i7 with 16GB of RAM and an nVidia
GTX 860M with all settings on “High” you would be getting about 7 frames
per second at 1920×1080. Running at “Medium” settings however, which is
very similar to what you would see on the Xbox One runs around 25 FPS
with a few dips to 15-20 FPS. As I mentioned, this game can crush all of
those ideas that you have floating in your head about how powerful your
system is. 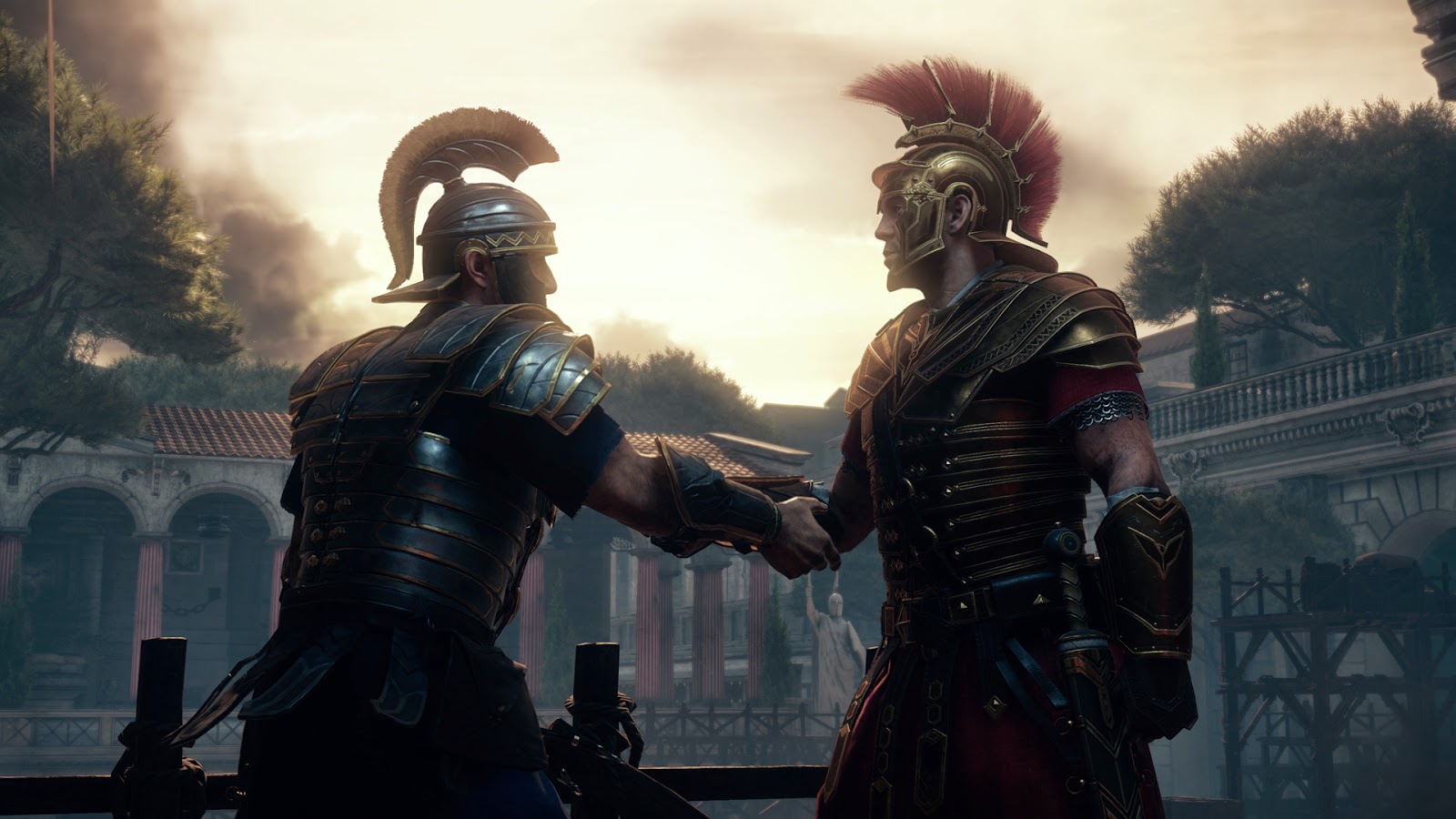 That said, Ryse: Son of Rome is without a doubt the most photorealistic title available to date. Certainly there are games like Elite: Dangerous and Star Citizen that are in early access builds that have some amazing graphics but those titles are months, if not years (looking at you, Star Citizen) from being released. Ryse however, was a launch title for the Xbox One and its port over to the PC is a logical step and shows the sheer power and flexibility of the new CryEngine 3 gaming engine. It is absolutely stunning but it comes with a price; to be able to run Ryse in all of its glory (up to 4K resolutions) a gamer would have to invest in some extreme hardware, but for those that do, it is absolutely worth it. 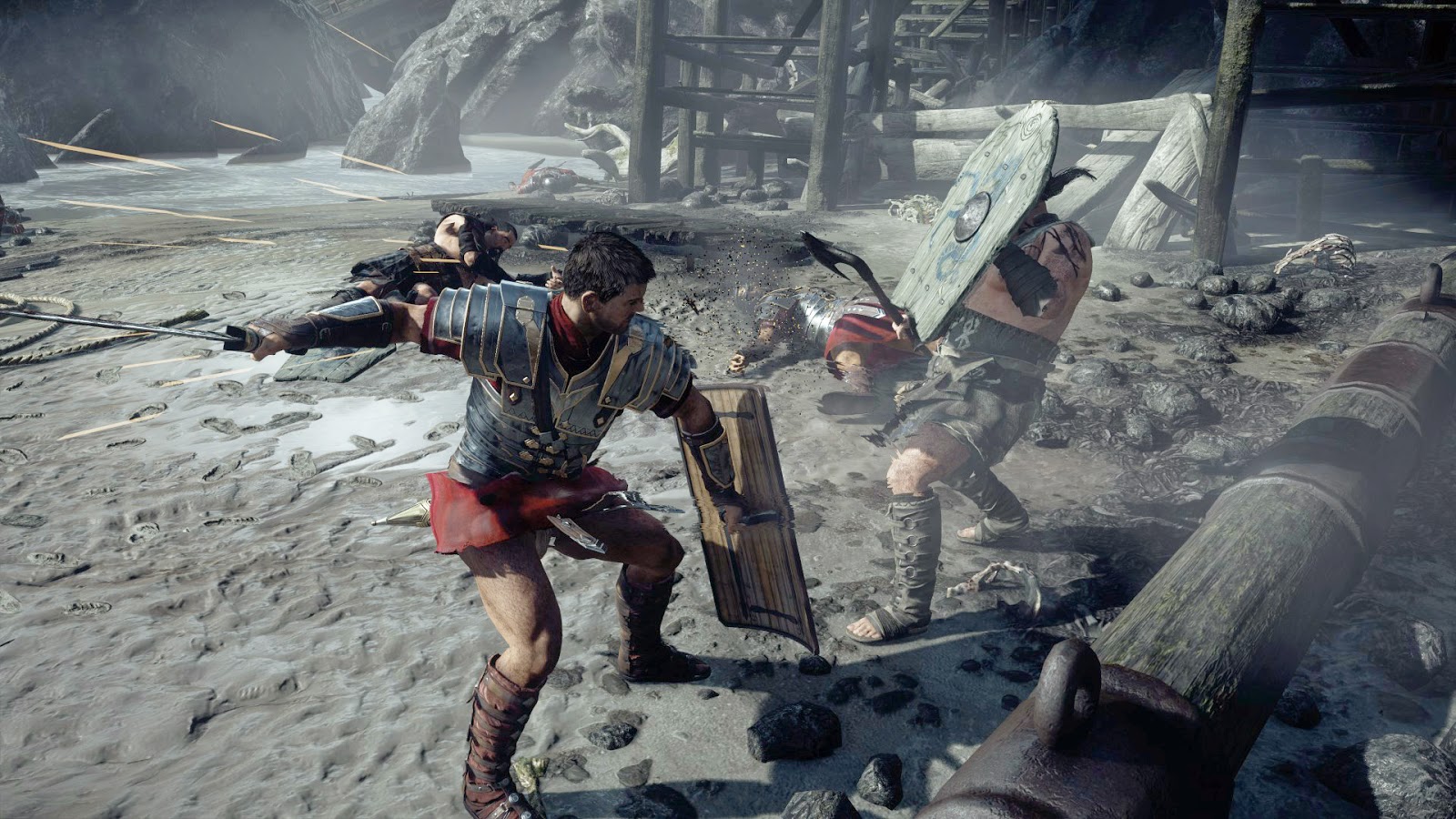 Enough about the graphics though; how does it game you ask? I was a bit reserved going into the review as I stayed away from the Xbox One launch title due to my intense aversion to quick time events (QTE). This might sound harsh but I hate them; I really wanted to like Tomb Raider and in some cases I did, but the QTE ruined the game for me.  So as I moved through Ryse: Son of Rome I was apprehensive however, the tutorial managed to put most of my fears to rest as it showed that the QTE were less of the focus of the game and simply a way to dispatch enemies.

There are times throughout the title where QTEs are a bit more prevalent but not intrusive. Combat uses them regularly but does so without really forcing you into them; you can actually go through and opt out of doing the QTEs for combat however you receive bonuses like increased XP, focus points, or regenerating health and benefits like extra damage for doing successfully performing a combat QTE.  I found myself enjoying the ebb-and-flow of combat quite a bit, which was surprising. 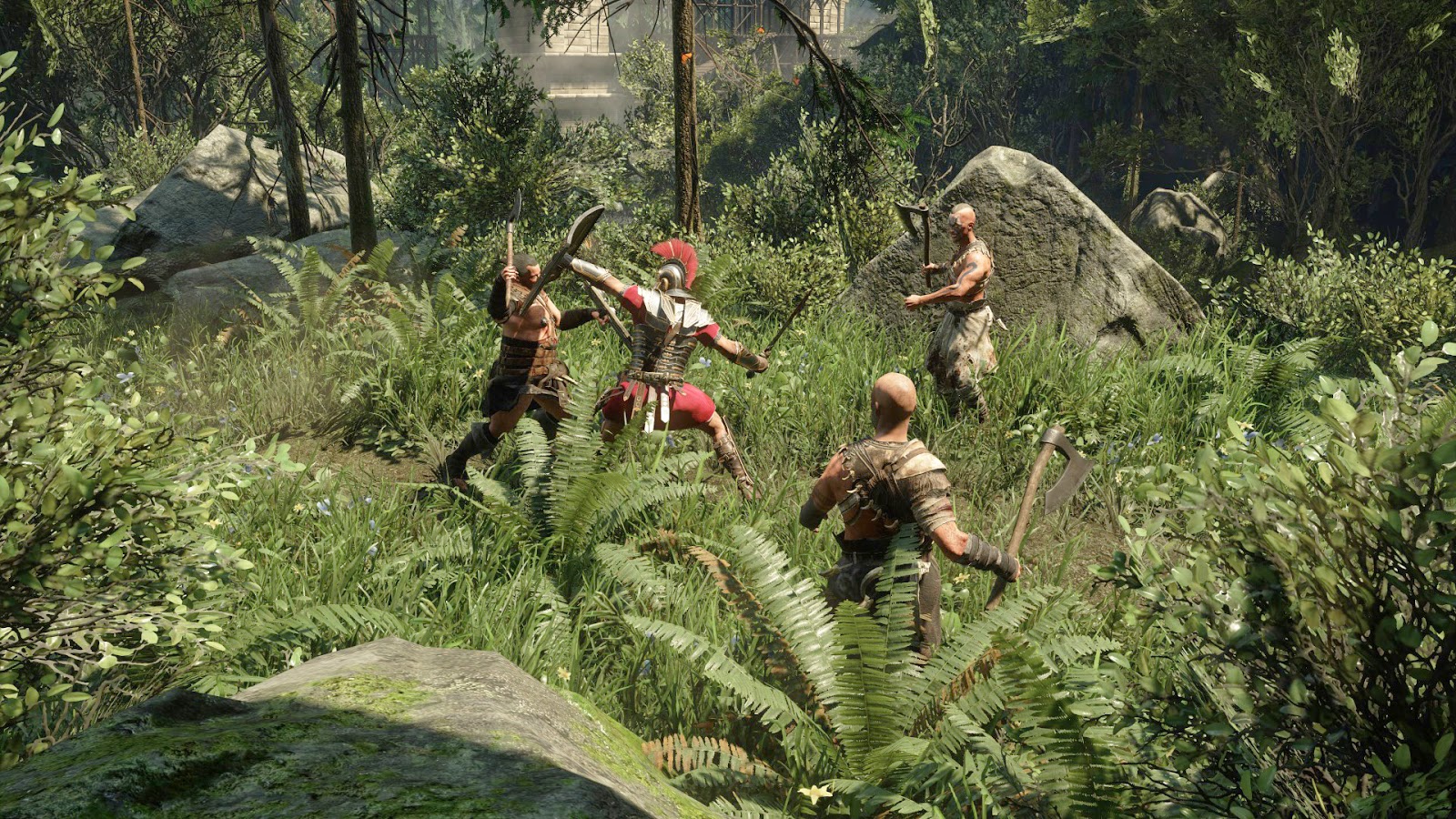 What was most surprising though was the story, the audio, and the way that everything was brought together in such a beautiful fashion. Some of the best voice acting I have experienced on the PC has been in Ryse: Son of Rome. On top of believable characters with excellent depth to their acting, the syncing of the lips is simply amazing. Playing through Ryse is more like playing through an interactive movie; combat flows from one scene to the next and takes more finesse than simply button mashing as you bounce around the screen. As you complete successful QTEs in combat you will gain experience which will open up options for some fairly linear upgrading. You can upgrade the basics like your life or your focus (which allows you to perform special moves) as well as how many ranged weapons you can use (as in throwing spears). While linear it is nice to have some form of progression which adds a small but welcome layer of gameplay.

When I sit back and think about it I kick myself for not picking up Ryse: Son of Rome on the Xbox One. It is by far one of the more enjoyable action games that I have played this year and that is saying a lot given that 2014 has been one of the best years for gaming in a long time. A well-paced and interesting story with some of the best voice acting and music available to date, Ryse: Son of Rome is a must-have title that should be added to every gamer’s library, that is, assuming they have the hardware to run it.