For those of us in the United States, Thanksgiving weekend is upon us. While I like to think of this holiday as the three important F’s (Food, Football and a Four day weekend), a few of us on the team thought it would be fun to look back on what games in 2014 made us thankful. Some are the usual suspects like Dragon Age or Call of Duty, but some surprises like Spacebase and Dungeons of the Endless made the cut as well. 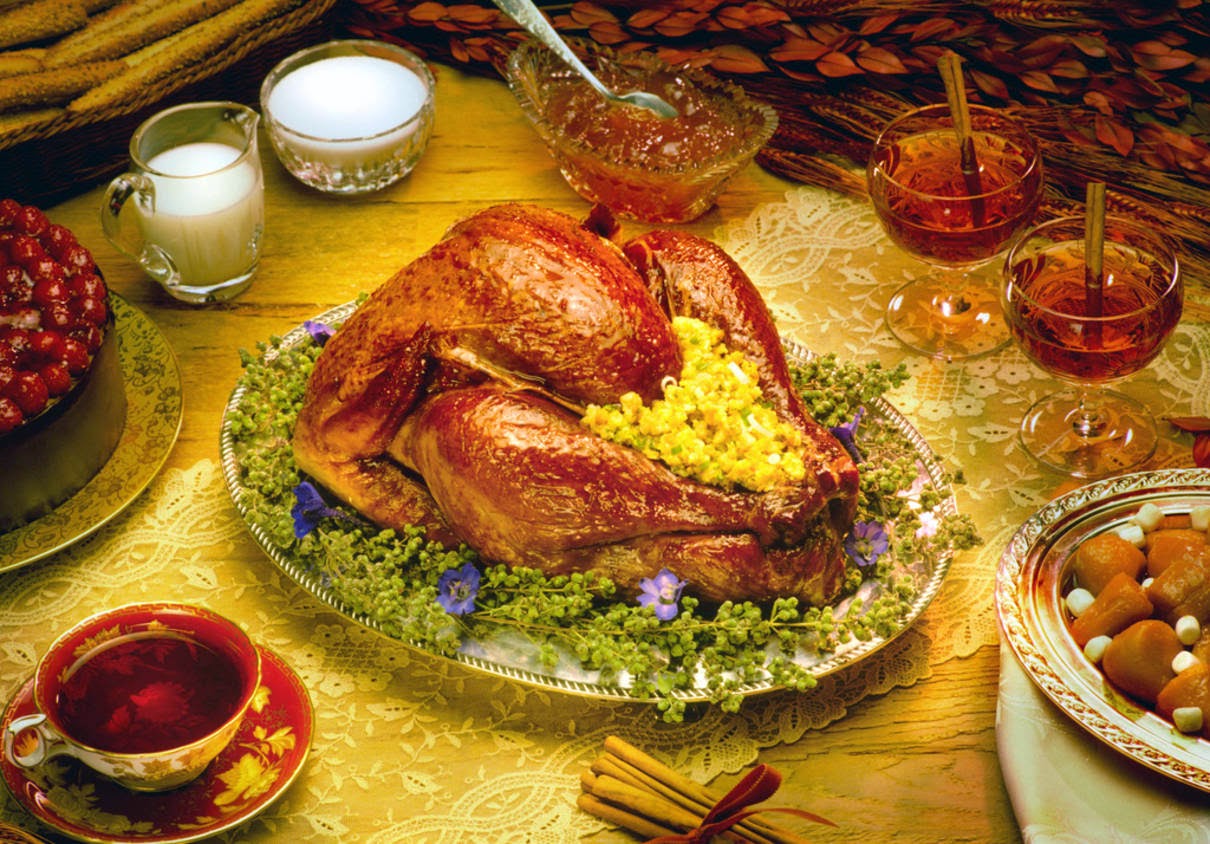 NHL 15 – This year marked my first foray into the sport of hockey, and I really went all in. I joined a fantasy league with coworkers, but I couldn’t name more than 10 players – half of which were retired Red Wings. With the help of NHL 15 and the Hockey Ultimate Team mode, my knowledge of players grew dramatically, rocketing me straight to the middle of the pack in our fantasy league.

Spacebase DF-9 – Now hear me out on this one, because it’s not what you think. I’m thankful for this game being the straw that broke the camels back on my willingness to purchase Early Access games. Up until Spacebase, I was confident that games in Early Access on Steam were going to be guaranteed releases, like a more reliable Kickstarter. With this project being abandoned and “released” in a half finished state, I now realize that this is not the case. Early Access is just as much of a gamble as other crowd funded projects. I can certainly understand the reasoning behind the decision, but the bad taste in my mouth certainly lingers.

Board Games – Yes, all of them. Sometimes you need to step away from a screen, bring friends or family around a table, and duke it out with some cardboard. I find myself playing board games far more often than local multiplayer video games, and often times having more fun doing so. With such a wide variety of games available, anyone can find an experience to suit their style.

Call of Duty: Advanced Warfare – I care about Call of Duty again! After Black Ops 2 and Ghosts, I was really burnt out. But with a jump to the near future, and the new changes to mobility making it a faster experience, I am back in it. Also, the Momentum game mode has become my new go-to experience, forcing combat to be focused around a singular capture point, and encouraging both campers and flag cap sprinters to work together.

RoboCraft – I have a bunch of (now illegal, shhh) BuckyBalls and BuckyCubes in my cubicle that I play with. I have a LEGO Tower Bridge in there too. Banjo Kazooie: Nuts and Bolts is one of my favorite games of the last few years. I love to tinker and tweak things, and RoboCraft really encourages that. Now, it is one of those Early Access games that I shamed earlier on in this list, but it is actively maintained, and new features and parts were added just a couple weeks ago. Making tanks, hovercrafts, airplanes, or walkers demands creativity, and a system of unlocks and upgrades keep you excited for new possibilities going forward. 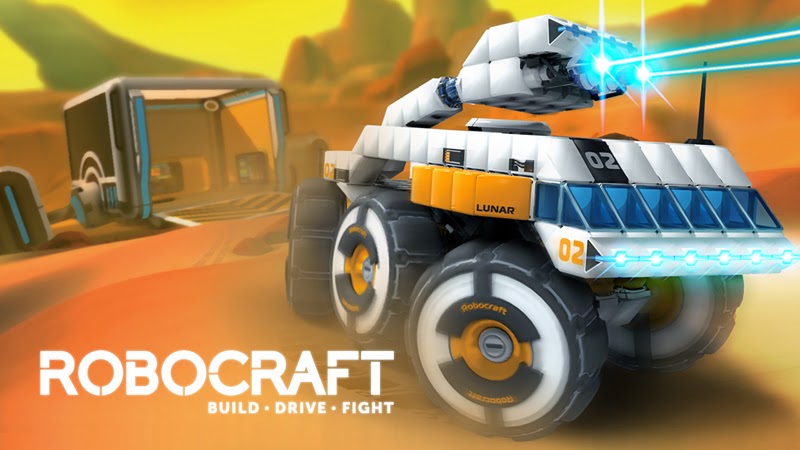 Lords of the Fallen – I thought this game looked solid during previews, but it was not until I started to play it that I realized just how much fun I was having. It is a good deal like the Souls game, and perhaps not as well made overall, but still a beautiful action RPG adventure that likely won’t make its way onto any ‘best of 2014’ lists, but still ranks among my favorite titles in the second half of this year.

Dungeons & Dragons – Similar to Parker’s board games notion, Dungeons & Dragons was a big one for me this year. I gave a detailed write-up on the releases up until now a few weeks ago, and I had a blast with it. More importantly? It gave me an excuse to play something new and different with my older 2 children, who have been pleading for more after their introduction to the game. They were just little ones when I last used to play regularly with my college buddies, and there is something satisfying to the realization that I am passing that on to them now.

Halo: The Master Chief Collection – I never played Halo 2. Or 3. Or 4. My first Halo experience was Reach. I then played the first game with the remastered Anniversary release for Xbox 360 a few years ago. I enjoyed it, and had accidentally stumbled onto the proper chronological order I suppose, but it was not until The Master Chief collection that I was able to experience the story as a single continuity. Now if only the matchmaking would get resolved.

Mario Kart 8 – Bayonetta 2 gets a close second here, but Mario Kart 8 is what really brought the Wii U back (or in many minds, for the first time) into relevance. Bayonetta 2 certainly reminds players that not all Nintendo games have to be fluffy and kid friendly, but Mario Kart 8 has proven to be fun with friends online, with my family and even just by myself. Bright, colorful, frantic and at times – surprisingly cutthroat (Luigi death stare anyone?), Mario Kart 8 may have saved the Wii U. 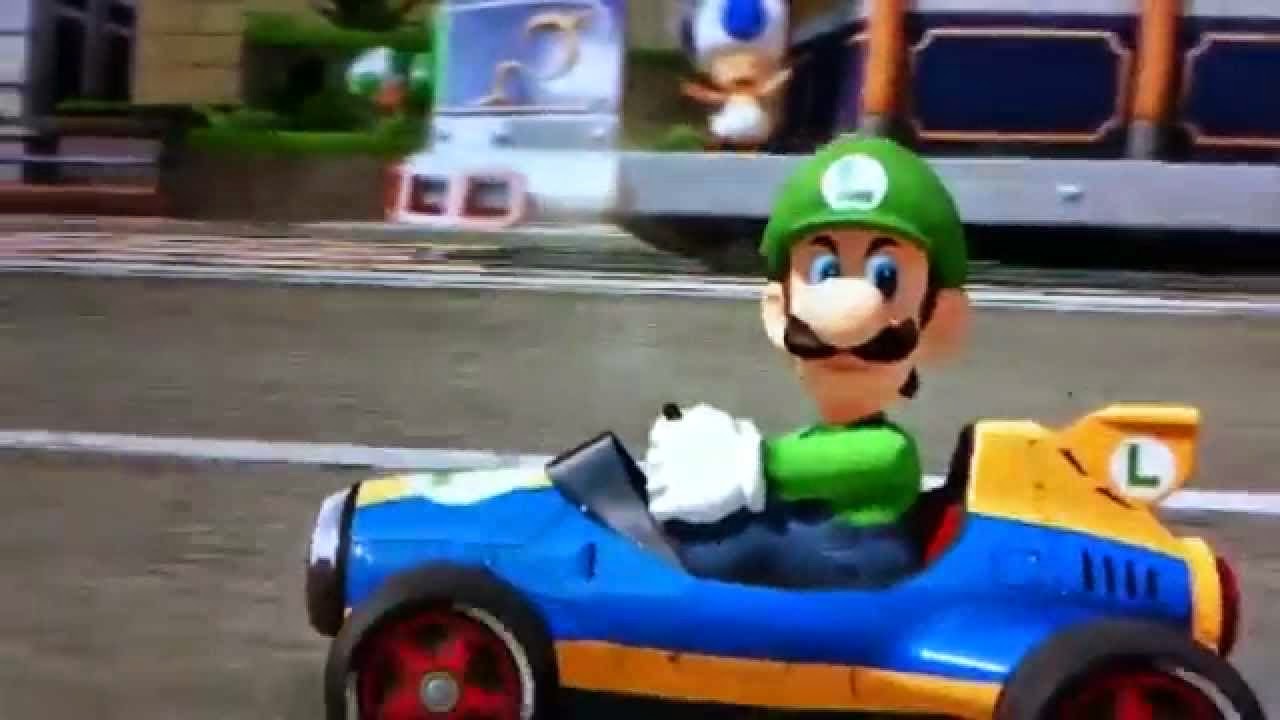 Dragon Age: Inquisition – Inquisition brought High Fantasy, a genre I have been extremely fond of for the last twenty years, back to console gaming. Sure, there are games here and there that offer decent High Fantasy settings, mediocre stories and forgettable characters, but not since the original Dragon Age: Origins has a game been so focused on sucking you into the world of Thedas and coaxing you into spending the time and energy getting to know real people in a believable fantasy setting. High Fantasy is back at the forefront and better than ever. Being a long-time fan of high fantasy and starved for a quality game in this beloved setting, I was utterly surprised when one of the best games on the market arrived in the form of Dragon Age: Inquisition. My faith in EA is a little more restored after sinking dozens of hours into this masterpiece.

Dark Souls 2 – Even though I grew up on Dragon Warrior, Final Fantasy, and Chrono Trigger, games where inventory management and dungeon spelunking was a difficult (at the best of times) affair, I only picked at Demon’s Souls and the original Dark Souls for fear of causing myself a heart-attack. When Dark Souls 2 was released, the brutal follow up to Dark Souls was so intelligent in its coaxing new players into the crushing, and oft-times demonic world of Drangleic. An interesting story, quality graphics, stunningly responsive controls, and punishing combat made Dark Souls 2 a more-than-worthy successor to its older brethren, but above all else, it made the ultra-difficult action RPG genre approachable by all gamers, not just the hardcore.

Dungeon of the Endless – This is an interesting entry since it is far from a positive one. Dungeon of the Endless is a technically sound game that offers interesting graphics, excellent sound, and roguelike gameplay that is mixed with squad-based combat, tower defense, with a little roleplaying game feature here or there. Some of you may find it an enjoyable experience; I did not. Personally it is one of my least favorite games ever (I would play the old NES game, Hydlide, endlessly rather than spend one more minute in Dungeon of the Endless) and I am incredibly thankful for the hard-earned lesson it taught me; no matter how much you adore a development studio, no matter how much you enjoy their games, there will absolutely come a time where they will let you down so completely that it is a relatively soul-crushing experience. I have since learned to be far more selective of the titles that I am looking to purchase and will no longer simply support a studio because they have provided other works of amazing art. On top of that, my first foray into the roguelike genre is a haunting experience, one that I would be hard-pressed to revisit. 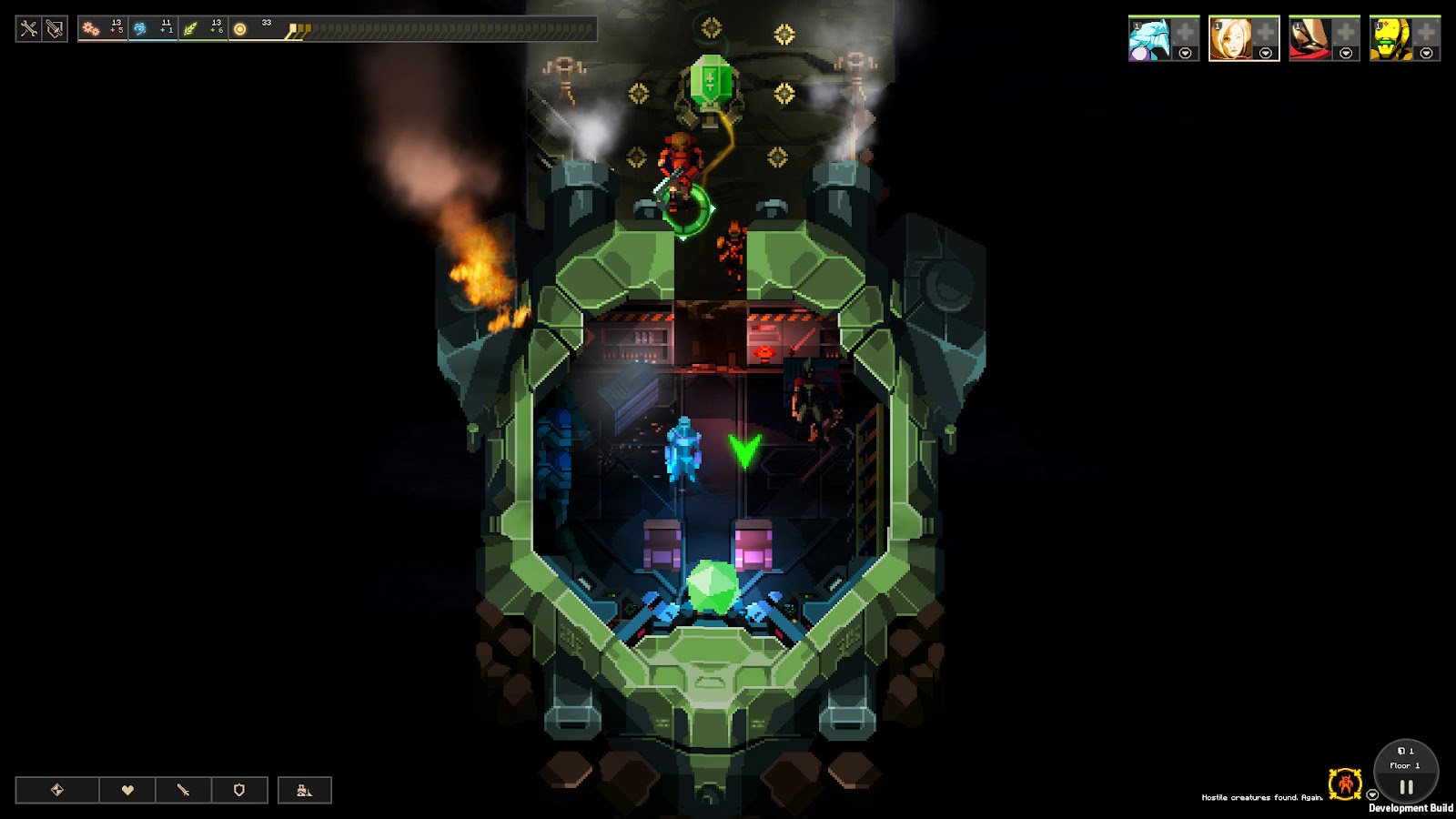 Call of Duty: Advanced Warfare – Ghosts was kind of a stinker. I love the FPS genre, but the last Call of Duty did nothing for me. Advanced Warfare however, has been soaking up my time lately. The matchmaking could still be better, but more than anything I am just glad that the franchise seems to have found its footing again.

Super Smash Bros – I had this day one on the 3DS and I am still playing it today. Now that it has cme out on the Wii U? I am enjoying it that much more. Game of the year? For me it is. But more than anything I am just thankful this one has finally come out.

Grand Theft Auto V – I did not get to play it on the last generation of consoles, and I felt like the game had simply managed to pass me by. Not the case as the PlayStation 4 release gave me a reason to give it a go. Guilty pleasure? Absolutely. The first-person mode however, is more than a quick gimmick and a feature I hope sticks around in future releases. 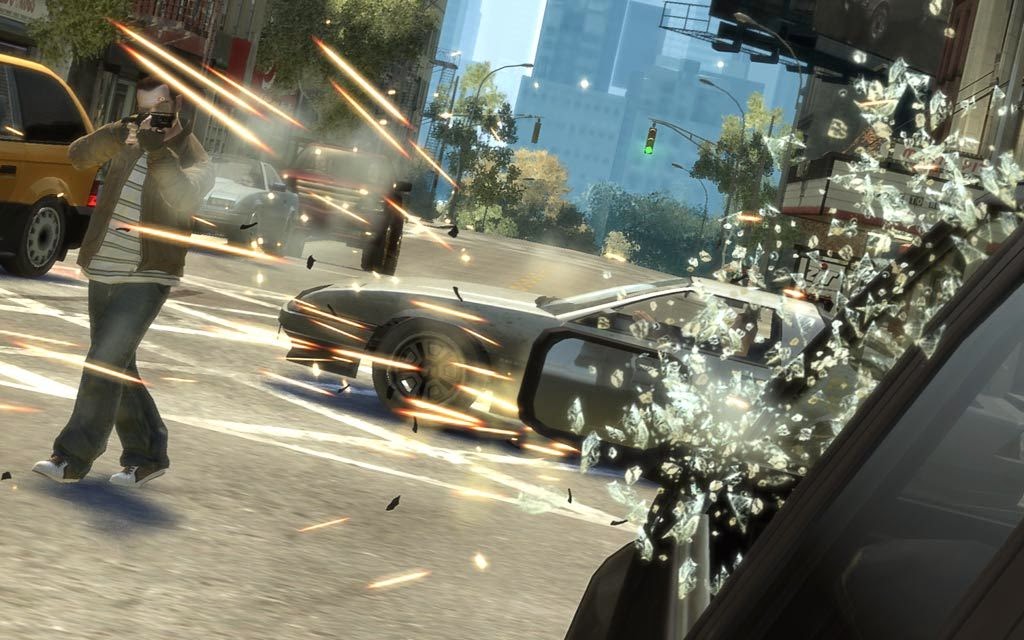