Despite its title, X-Men 2: Wolverine’s Revenge has very little to do with the X-Men 2 movie. The only connection is the conflict with Lady Deathstrike and the return to the Weapon X base. The hero learns he is infected by a lethal virus and must find an antidote urgently. Well known characters such as Professor Xavier appear in cut-scenes but do not participate in the action. 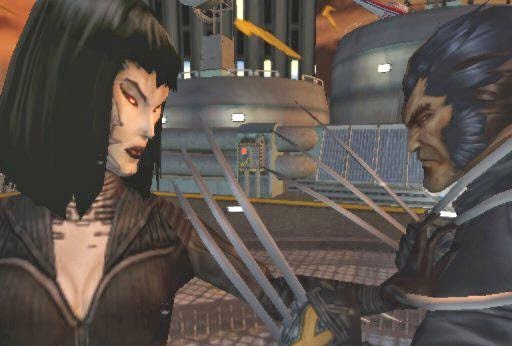 Wolverine travels to various places and fights small armies relying on razor sharp claws, superior speed and an amazing healing ability. In the comic he attacks first and asks no questions later but if you do that here you will die many times. To be honest, this will happen even if you are careful. For example, you can be gunned down by guards armed with laser rifles or have your butt kicked by bosses who can be defeated only through a specific trick. The problem is that if you die you must replay a stage from the beginning. In fact, this is the reason I never finished the game and quitted at the end of the fourth act (there are six in total).

You have one manual combo because there is just one button for slashing. The rest of the combos happen automatically, if you are at the right position in relation to your enemies and press one or more buttons when the ‘strike!’ prompt appears on screen. This prompt also flashes when you sneak behind someone and have the opportunity to kill him with one swift move. If you do that a dog tag appears. By collecting enough of those you unlock more complex and powerful combos. Other moves include crouching, jumping and kicking attacks but they are pathetic.

Wolverine’s Revenge was fun during its first half thanks to the combination of fast combat with stealth. The level design is appropriate for this type of action and I liked doing things such as jumping on an unsuspecting guard from a rooftop or entering some barracks and dishing out the pain. The fun dropped progressively though as I was forced to replay the same fights. I don’t mean the game should have a quick save feature because this ruins any sense of tension. But it should either have a checkpoint in the middle of every stage or give your character higher resistance to damage. 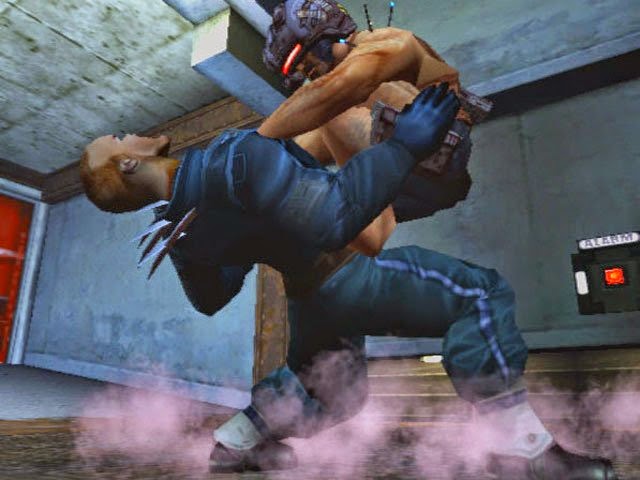 Stages include, among others, military bases, snowy cliffs, caverns and high security prisons. Enemies are usually humans equipped with guns but you also deal with automatic turrets, robots and, of course, super villains, such as Sabretooth. Every location is different from the rest and Wolverine’s animation is fluid, especially during combos. However, the graphics needed more work, e.g. when you slash a wall no marks are left on it and most items cannot be destroyed.

The sound is very good. The music is of cinematic quality and the character voices are realistic.

The control is easy to grasp. The main buttons are used for slashing, kicking, interacting with objects (e.g. a console, to open a door) and jumping. With R1 Wolverine crawls, which helps him move undetected or pass below some obstacles. With R2 he retracts his claws, thus activating his healing factor (in some annoying stages the healing factor does not work). If you press R2 twice rapidly you can enter rage mode, thus becoming stronger for a few seconds. L1 is for moving silently and hugging walls to see what lies behind a corner. L2 is for hyper senses, which allow you to notice things such as buried mines or invisible lasers. The control would be perfect if not for two flaws: a) there are some shooting sequences with awful aiming, b) you often miss a ‘strike!’ opportunity because you didn’t press the button immediately. And, I have to mention it again, why is a button wasted for kicking?

The game’s extras include a jukebox with all its music pieces and a data base with files on mutants. For some unknown reason I couldn’t find the files I had collected during the game in this data base.

Wolverine’s Revenge would have been great fun with a more balanced difficulty. If you are very patient you may finish it but there are much friendlier games out there. As for me, who knows, perhaps one day I will muster the courage to beat it. 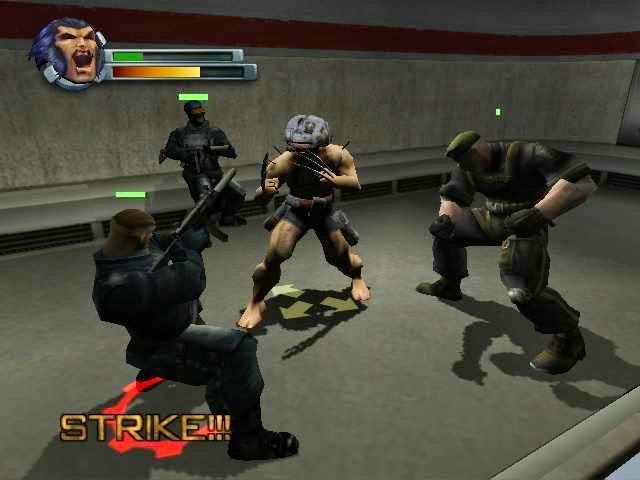