Akiba’s Trip: Undead and Undressed feels like it tries to take a few chances – I just wish they had taken even more. The idea that you are stripping enemies so they can be exposed to sunlight (think of them as scientifically engineered vampires) and thereby destroyed is certainly going to be off-putting for some people (though in fairness this combat tactic is used on men and women alike). Most of the characters fall neatly into clichéd stereotypes (though some are more charming than others). There is a real effort to make the city feel like a digitized version of Akihabara, with plenty of neon signs, shop and busy streets. Akiba’s trip does lots of things decently, but few of them amazingly well in the end. 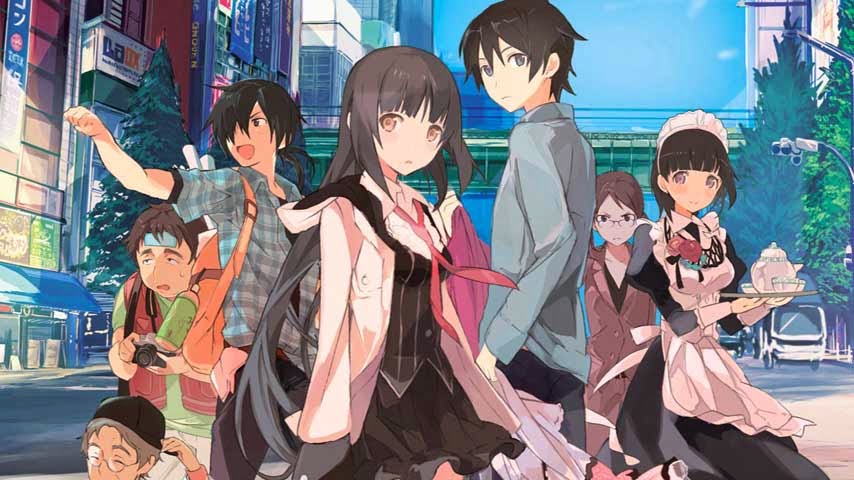 There is a bit of a genre mishmash taking place here, with Akiba’s Trip straddling lines between an RPG with loads of text and some familiar progression mechanics and an action game with the simplistic beat-’em-up style of combat that ends in stripping an opponent down. As I mentioned in the opening paragraph, your enemies are vulnerable to light. Your objective is to beat on them enough that their clothing becomes damaged and can then be torn off, finishing them off.

The premise is definitely unusual, and actually could have been taken a good deal further than it was. As a combat mechanic, stripping your opponent certainly sounds controversial, but really it amounts to some characters lacking in artistic detail being stripped to their skivvies before poofing into nothingness. If anything Akiba’s Trip could have used more attention to this part of the game, because the combat itself is fairly shallow. Different weapons impact how attacks are delivered, but the end result is basically to bash at your opponent enough times to weaken their clothing. A bat has better range and speed, but a laptop does more damage but has a very limited swing range. Another small problem is that the camera can be a bit fickle in tight areas where it can be hard to see the action as it is taking place. 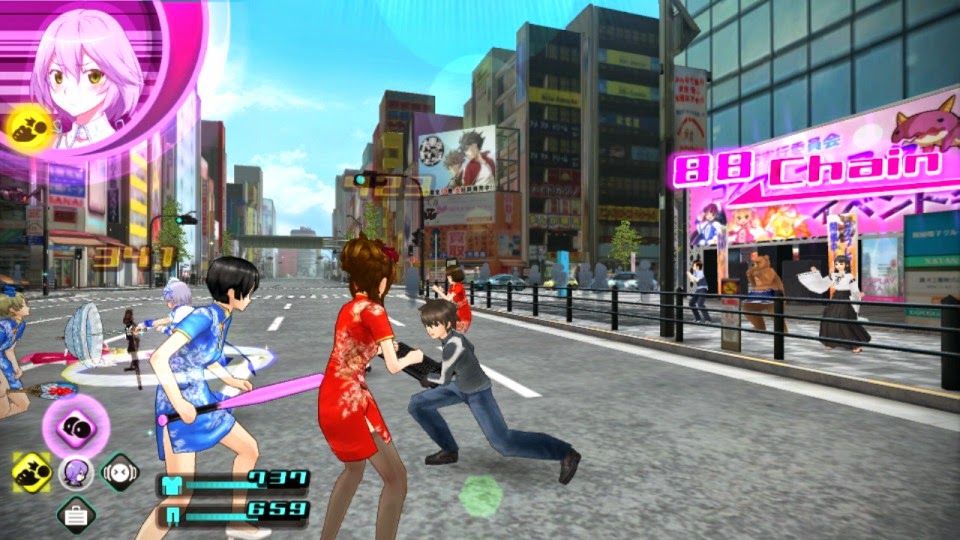 There is a good deal of farming for experience and money here as upgrades will help you to advance through the story. The combat is less about skill and more about having good gear really. Thankfully exploring the streets of the city is enjoyable enough, but unfortunately side quests feel largely tacked on. There are a few good ones that stood out to me, more because of their content than for anything terribly original they brought to the table in terms of gameplay or objectives. I do wish they had been more engaging, but most of the time the side quests were more of a bother than something I felt compelled to do (unlike a game like Dragon Age: Inquisition – which has loads of side quests most of which feel organic to the world and your objectives). 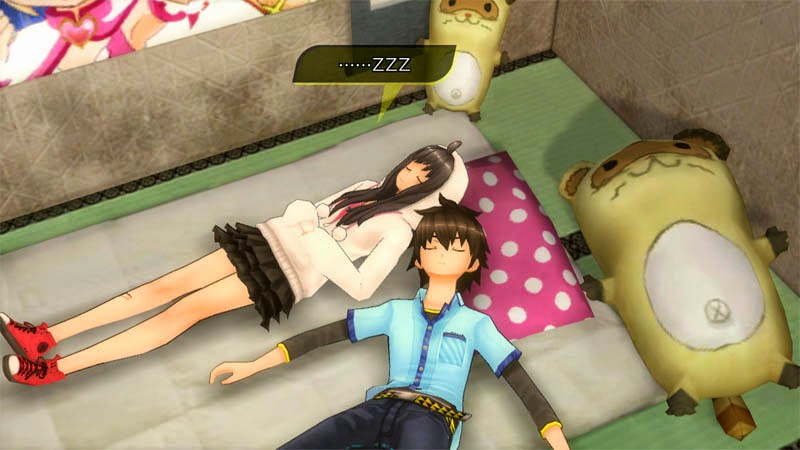 This version of the game also sees an update due to a Toybox mode that pretty much resolves the grinding issue, since you can have access to every item in the game. Some of the results are pretty amusing, and the video filter gives you a bit of reason to play with some of the visual effects for a time. Neither one of these features reinvents the wheel here – this is still basically the same Akiba’s Trip that released earlier this year, but the updated features are a nice addition and helps to make this the best version of the game to date.

Though the story never really did much for me, I did enjoy several of the primary characters. The roleplay elements are light with the occasional dialog choice here and there, but the character interactions were the primary reason to propel the narrative forward. It was less about the tale being told than my opportunity to spend a bit more time developing dialogue with my companions (most notably the main protagonist’s younger sister, who is kind of adorable with her comments).

Akiba’s Trip is at its best when it is embracing its Otaku culture, letting quirky but likable characters interact with one another and giving you a reason to explore the city. While far from a powerhouse title visually, the upgrade from last generation to this one is notable. However, the experience can bog down with repetitive, shallow combat and a storyline that failed to capture my imagination for any length of time. With the RPG mechanics baked in and mostly charming characters, it feels like a bit of a missed opportunity that is still fun, but not everything it could have been.