I first picked up Chivalry a couple of years ago when it released on the PC. I enjoyed it well enough despite some flaws and always felt like this was a title that would perform well on a console. Certainly using a controller felt more natural than a mouse and keyboard and the title was never such a visual powerhouse that it needed state-of-the-art technology to succeed. The good news is, the game I enjoyed on the PC has been faithfully ported over to the Xbox 360. I just wish a bit more time had gone into improving upon the formula from over two years ago, because not doing so feels like a bit of a missed opportunity. 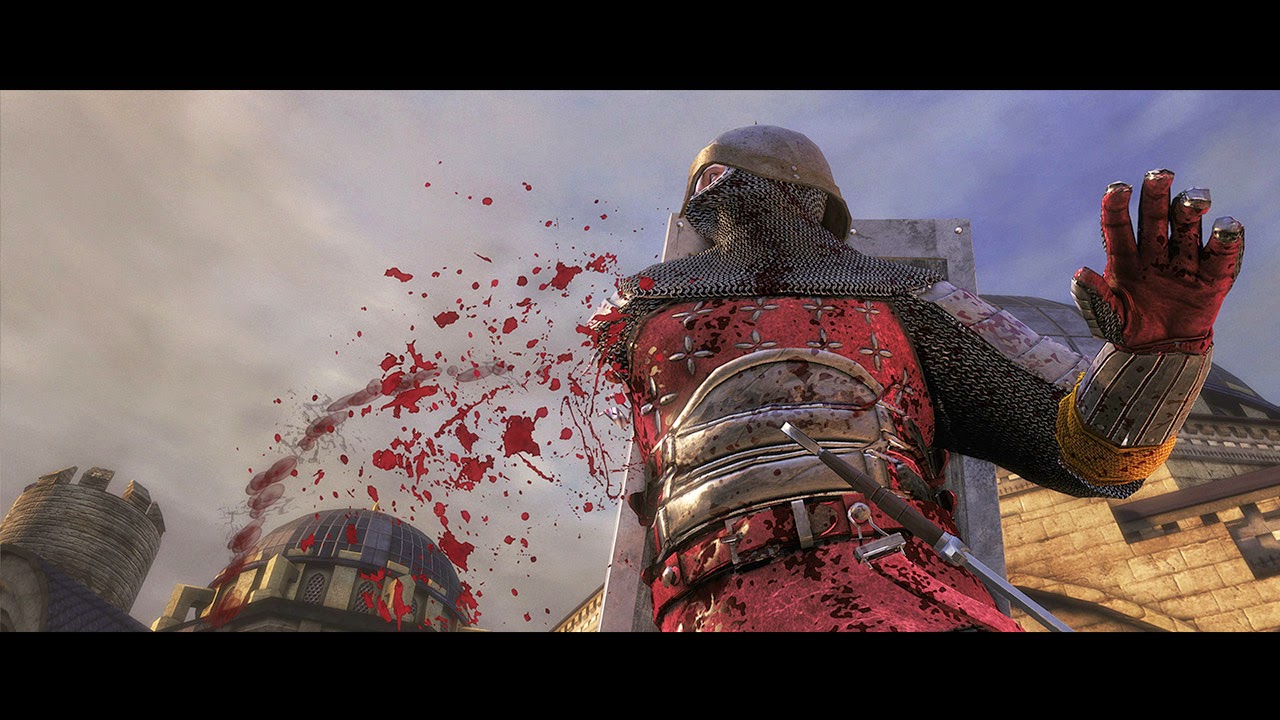 Visually, Chivalry is solid without ever really venturing into spectacular. Character models look good (though latency can make the combat animations a bit jumpy at times) and the environments are surprisingly well detailed. Still, visually Chivalry is at its best when it is basking in its ridiculously brutal killing animations (think lopping off an arm or beheading someone. There is even a trophy for beheading two people with a single swing).

There is no real story to speak of, and while there is a training most there is no campaign. You can play against bots in single player if you do not have a gold connection or want to deal with other players and/or potential lag, but it is far more satisfying knowing that you just set fire to and beheaded an actual person who was trying to cut you down.

The gameplay mechanics are simple, but effective. There are four classes and two stats to concern yourself with. Archers and Man at Arms represent our quick classes while the Vanguard and Crusader are the more tank-like options. Archers, as you would guess, rely on ranged attacks. Crossbows are easier to fire and pack more punch but take time to reload. Using a bow and an arrow is quicker, but a more skillful process. Classes have primary weapons and secondary, so if an opponent manages to rush an archer before shooting them down, the ranged class can switch to something else that befits their nimble nature, like a dagger. Man at Arms is not much more durable, but they tend to rely on quick strikes and movements while the other two classes are more heavily armored, but move around the field of battle much more slowly. Their attacks do a considerable amount of damage, but are very slow and use stamina quickly. 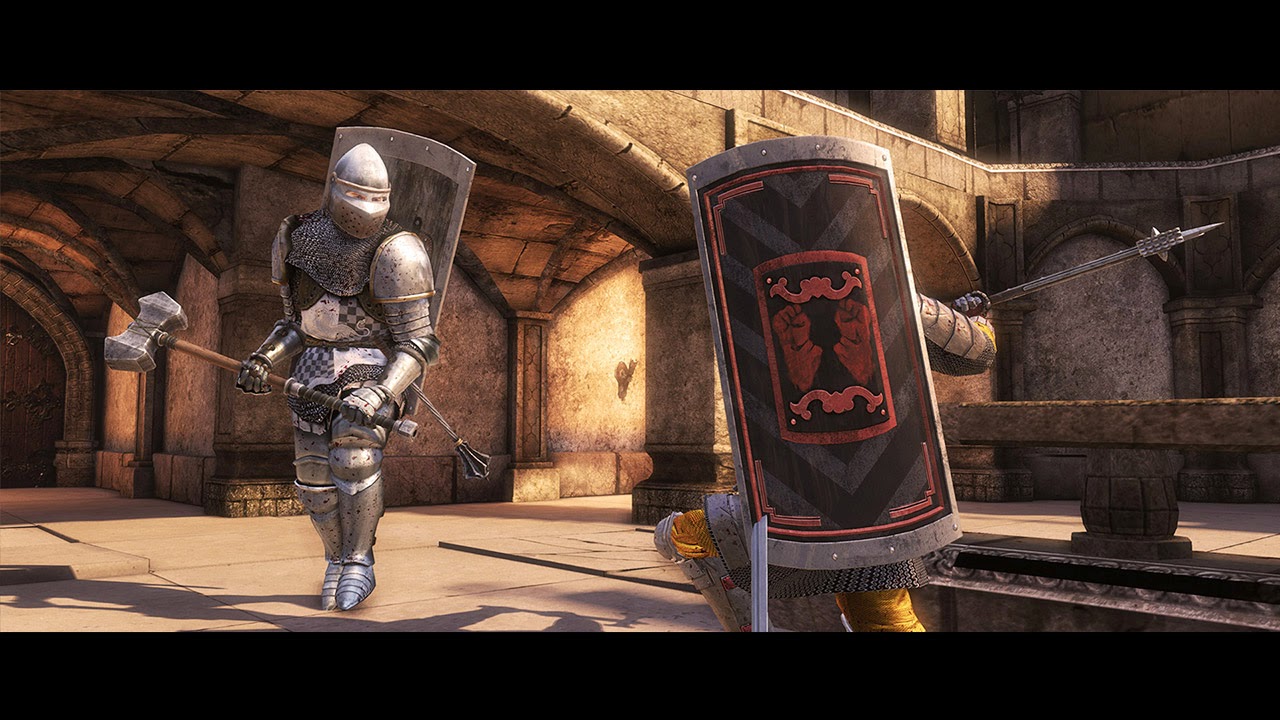 The way combat itself works is reliant on stamina (just hacking away means weaker, slower swings) and which style of swing you want to perform. I tend to use two-handed weapons in most of my RPGs, so I gravitated towards bastard swords here as well. An archer could stab me in the gut two or three times before I connected a single blow, but if I had full stamina and hit them squarely, I could whittle away a huge chunk of that archer’s life. If they were already wounded, that is where the beheading comes into play.

There is a distinctive feel to the combat, a sort of give and take when you engage with a single opponent. When there are multiples, I tend to lunge in and swing in wide arcs hoping to hit as many as I can. It is not the most elegant of strategies, but it works well enough for me. Other factors such as blocking – and whether you use a shield or not all factor into the combat as well.

It would have been nice to see Chivalry evolve a bit more from its PC days, however. For one, the chaotic 32 player battlefields of the PC game are whittled down to a more modest 12 on the Xbox 360. This is very disappointing. I recall some of the maps feeling so incredibly alive with people teeming in every direction while on the Xbox 360 it is a more intimate affair that loses some of that ‘big battle’ field that the original PC game was able to replicate. 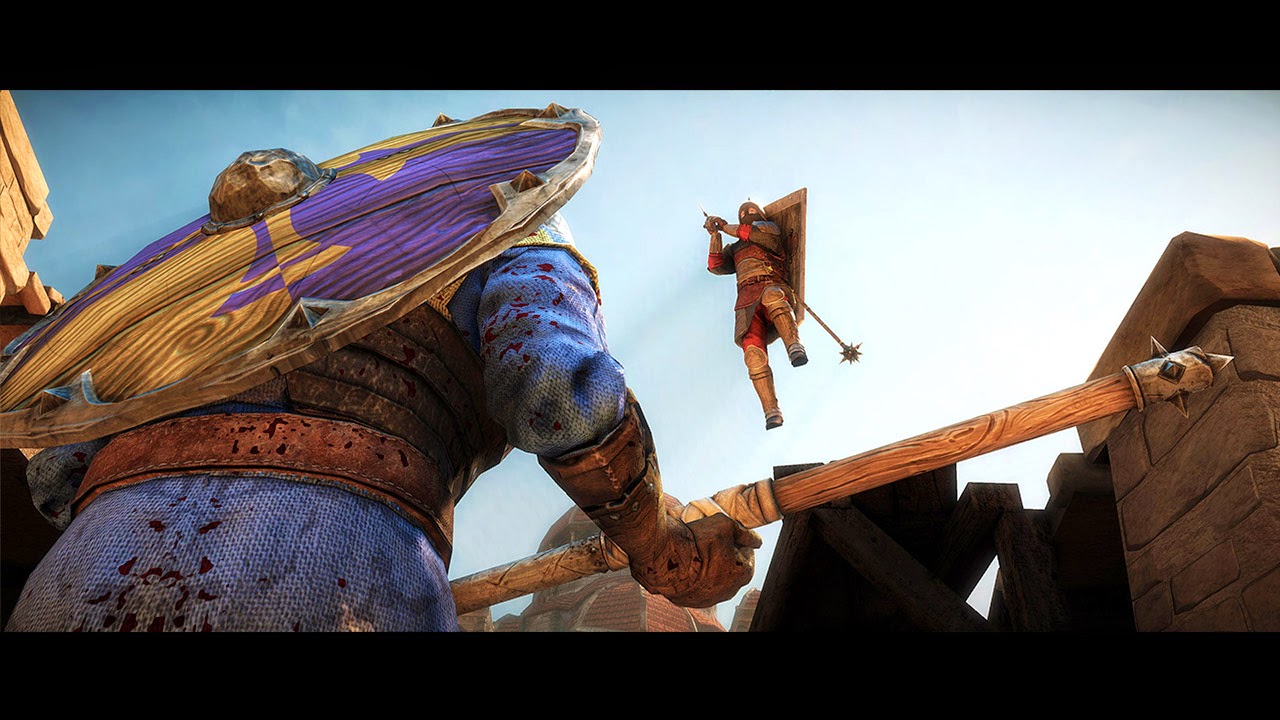 Also, it would have been nice to see some more weapons or unlockables. One of my favorite aspects of this game on the PC was how you could earn more gear as you played. Certainly better, newer gear could potentially give a player an advantage and adding more would have been a potential problem from a balancing standpoint, but this was my primary hook from the PC game (aside from the large scale battles), and I have to admit I was hoping there would be more. The weapon options are solid, I was just hoping that with more than two years since the PC release that this iteration would have added a bit more to what is starting to feel like a slightly dated game.

Chivalry: Medieval Warfare is a solid and different kind of competitive online experience. The kills here feel more satisfying than most of the online shooting games on the market. It is just one that feels like it has taken a small step back from its PC origins and missed an opportunity to expand on the original and try to do something new in the process. There is enough variety between the weapons to keep people unlocking for some time, but the basic classes really only differ in two ways and with the limited number of players on the map these feel more like small skirmishes than epic battles. Fun for a time, but probably not addictive enough to keep people coming back over and over again.