The first Dungeon Defenders was a game that caught me by surprise when it released. It reminded me of the Orcs Must Die! games with a spectacular blend of strategy and action. It was fresh and exciting and I spent more hours playing it than I even care to admit. Which made the Dungeon Defenders Eternity release last year so disappointing for a lot of gamers, including one of our reviewers. The good news is, the early returns on Dungeon Defenders II are quite positive, which is currently in Early Access. 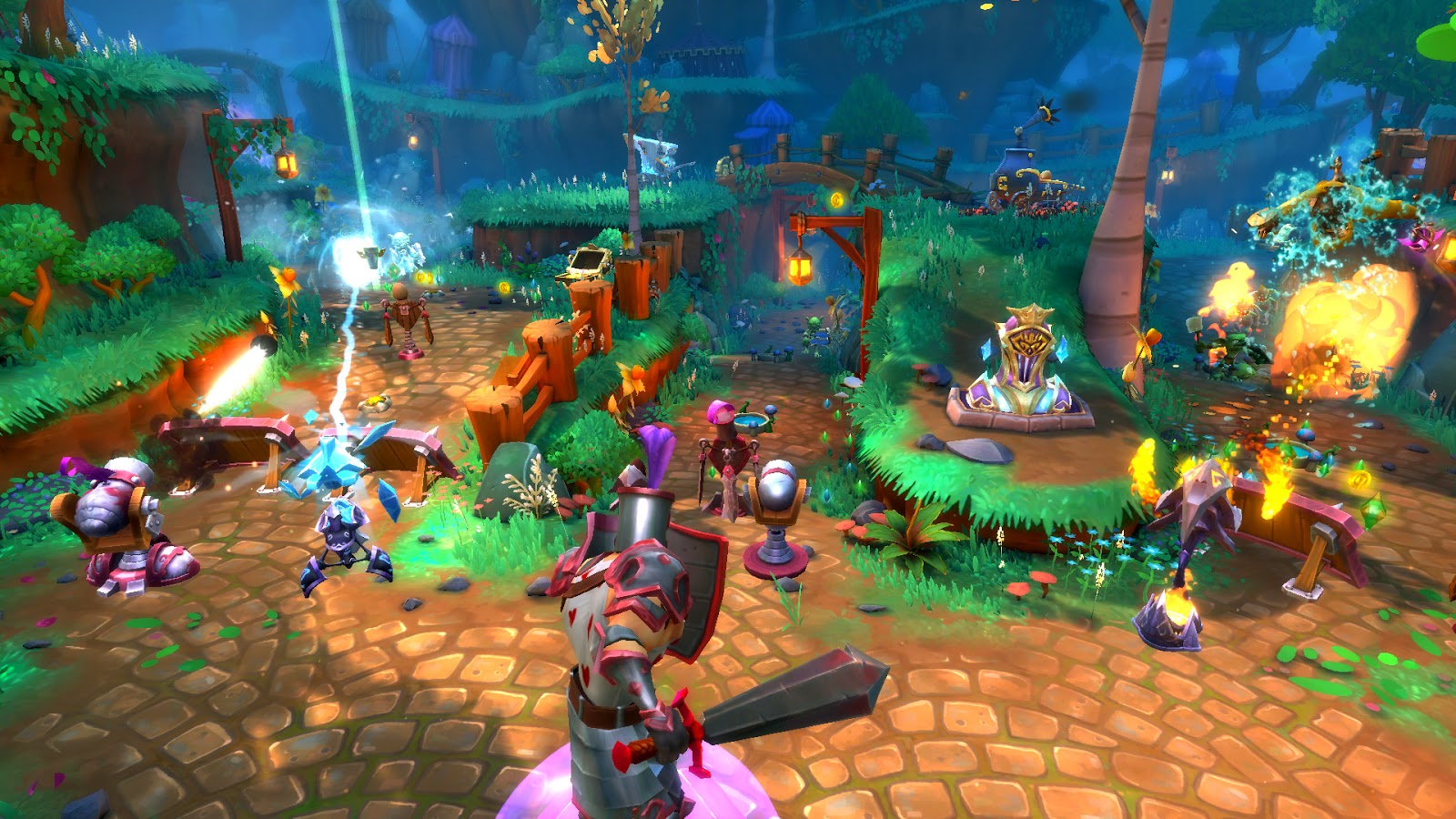 Of course, being a preview build, you expect the game to be somewhat limited. Currently there are only ten maps, but they do all have some pretty unique elements that make them fun to explore. With only a series of 4’s (4 spells, towers and classes) limiting things, the current state of Dungeon Defenders II is solid, and the foundation looks promising, but there is still plenty more to be done. For example, there were several times I just got hung up on the environment for no particular reason. Little touches however, like the man at the hub you can turn bug requests in to, are a nice touch.

Like any good sequel, there is that sense of familiarity that should appeal to returning players, without the overwhelming sense of déjà vu, that indicates everything is a copy and paste of the original. Here everything from the art style to the two different magic bars (one for your personal skills and another for your tower defenses. The objective is still to protect your core, but now sub-cores can be destroyed without putting an end to the level – but allowing that to happen opens up more waves of enemies making things even harder.

I mentioned the art style, and I have to say I like this one a good deal better. It feels a bit more high fantasy than the prior iteration. Vivid colors still make up the landscape, but characters are a bit longer and leaner and less cutesy than before. Other visual flourishes like tower upgrades and and the overall look of cores and levels are also a nice touch. 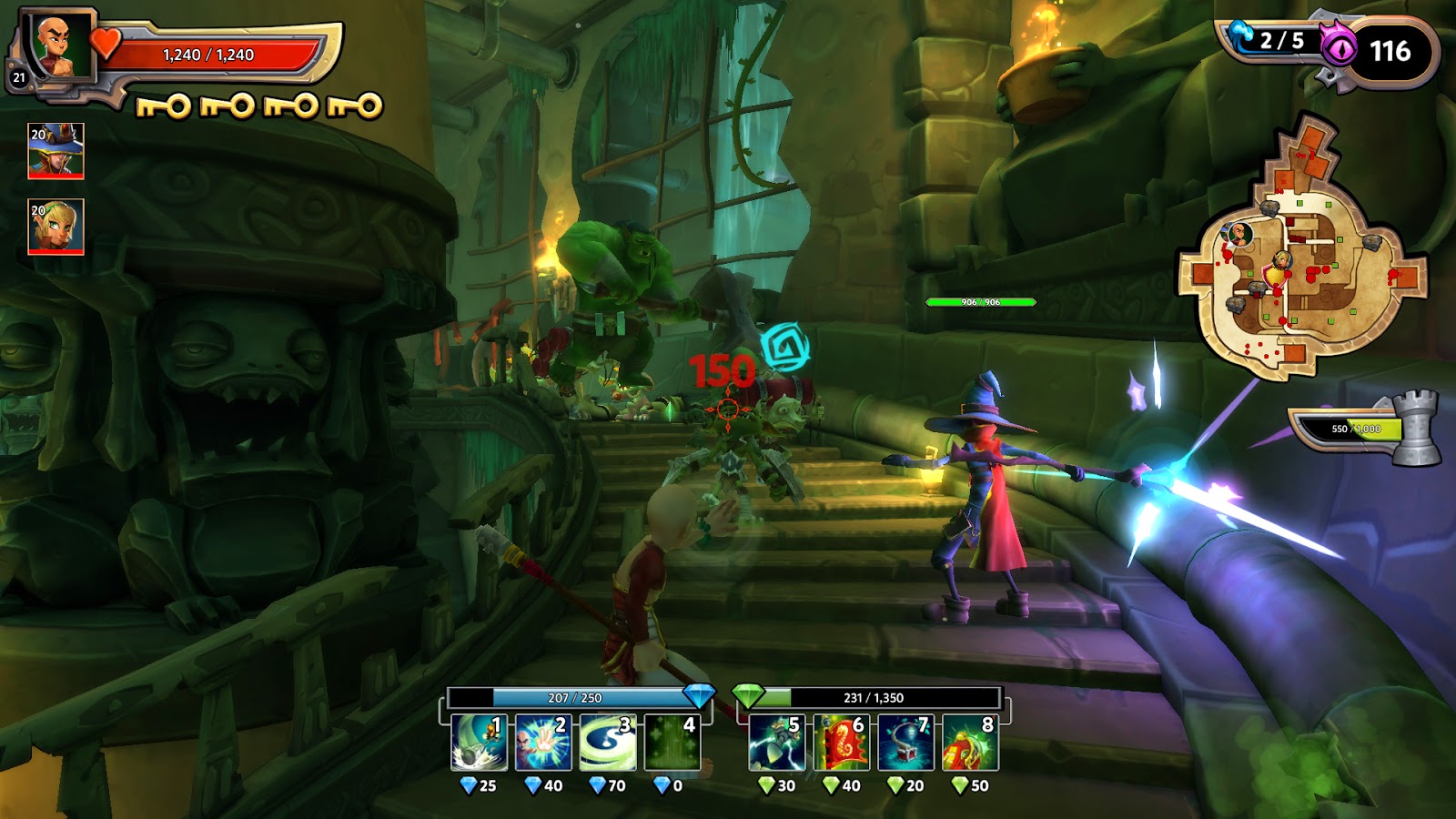 One of my favorite new mechanics has to be leveling up items through the fusion system. Leveling up a character is all well and good, but this system is a fun way to experiment. This is a title that was clearly built with multiplayer in mind. With everything from the loot drop percentages, to the way magic restores spread out and the level difficulty in later maps, it is a solid system that is definitely built on the idea of multiplayer. That said, the matchmaking leaves a good deal to be desired. There is no real system in place right now, so new players can hold back veterans or maybe no one is available at all. But without help in managing the multiple lanes and enemies, it is very hard to be successful solo.

While on the topic of balance, I cannot help but feel like ranged defenders have a serious advantage over the melee class. The difference is a bit less pronounced in single player if you have a nice blend of classes, but going it solo? I found the melee to feel as though it was dramatically underpowered. The leveling is also a bit strange. I understand that Trendy Entertainment probably wants to keep people from grinding and just powering through the levels with over-developed characters, but there is this strange sort of scaling that takes place that keeps you ‘in line’ with the proposed level range of the zone you are in. I like to grind and become overpowered. I do not necessarily like to grind just so I can tread water.

Dungeon Defenders II feels like a proper follow-up to the original game (we will just pretend that Eternity never happened), but it still has plenty of growing up to do. The foundation is solid and there is ample reason to believe that Trendy Entertainment has a good idea of what their fans want this time around. Here is hoping that they get it right. 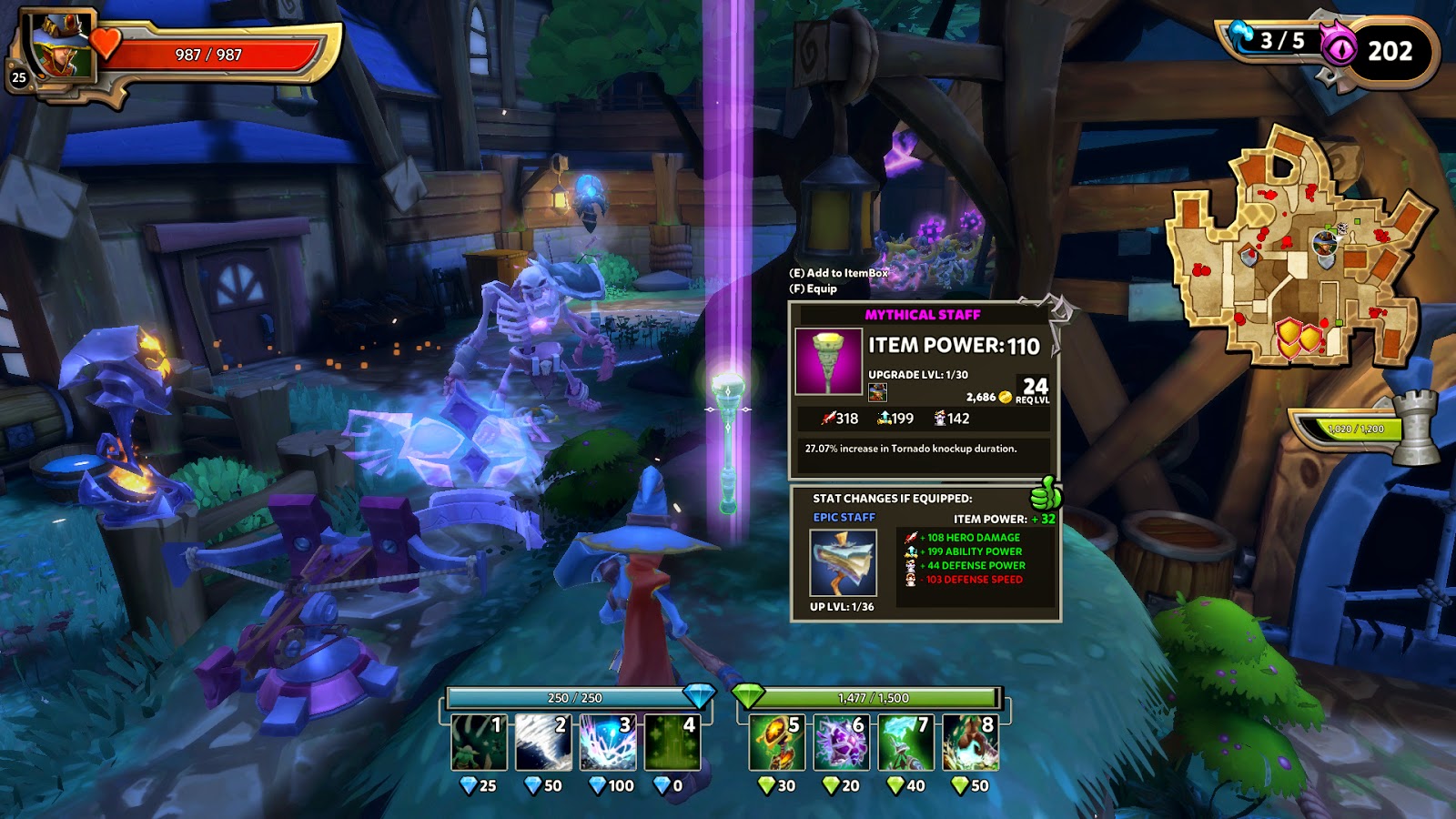