Far Cry 4 qualifies as a sequel, despite the fact it draws so much inspiration directly from the last game in the series. An open world with a ton of quests? Over-the-top psychotic villain? A leveling system to compliment first-person action and stealth? A trio of ‘checks’ there. Far Cry 3 was a great game and it definitely serves as an outstanding building block. It would have been nice to see Far Cry 4 take a few more chances along the way, but the end product delivers. 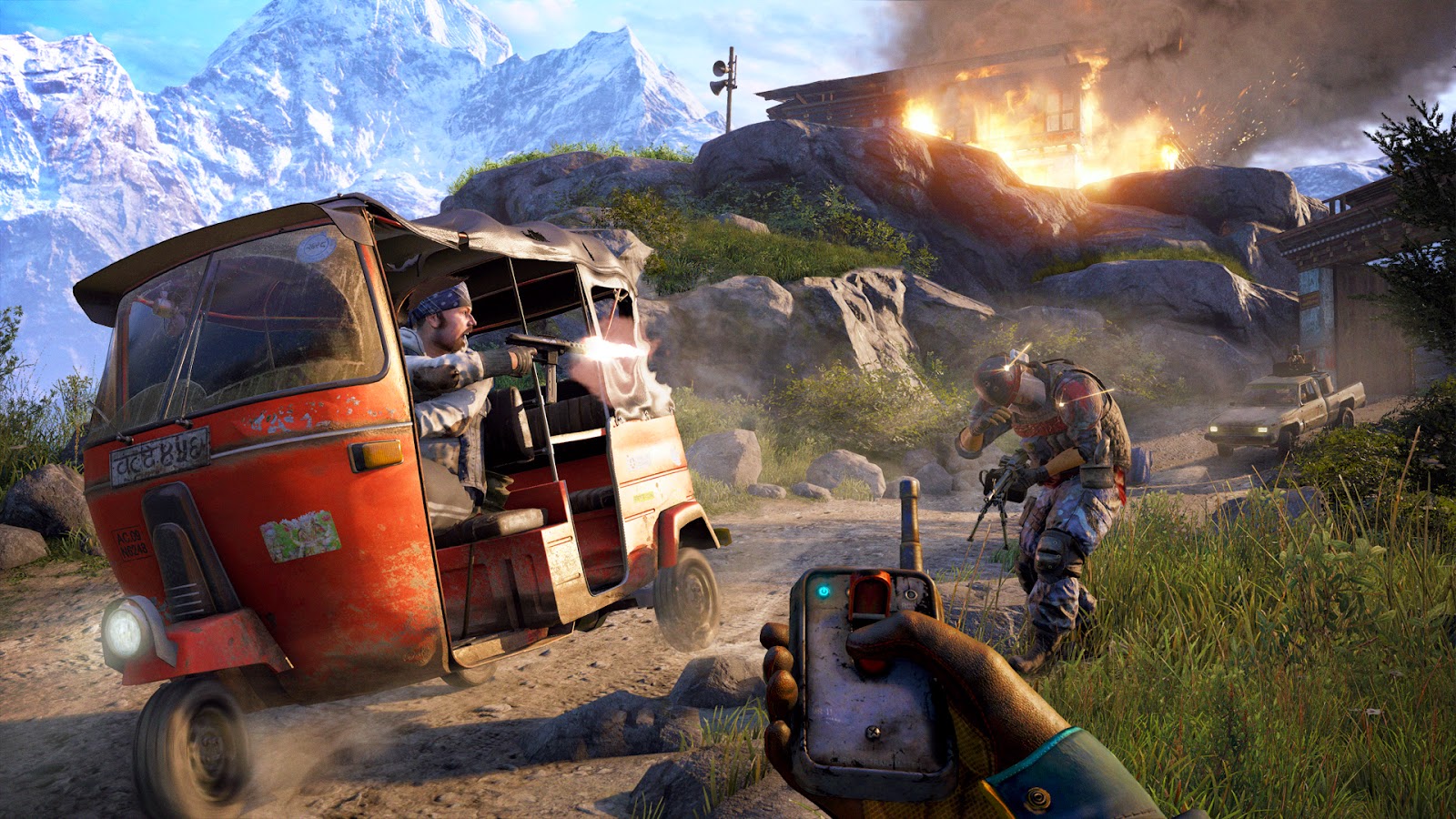 Pagan Min may be my new favorite villain. He is not terribly creative, but he is amusing, a little ridiculous and completely unpredictable. Far Cry 4 is at its best when he is on the screen serving to move the story along, which focuses on Ajay. Ajay has come to the country of Kyrat to scatter his mother’s ashes in her homeland. A simple enough request on the surface, but it quickly leads Ajay down a rabbit hole he is not initially prepared for.

The introduction sets the tone. It is a good twenty minutes before you really get to do much of anything with Ajay. There is some minor dialogue right away, though things become unhinged pretty quickly after that. Pagan Min steals the show early on, whether he is very forcefully ‘chiding’ another guest at the table for texting at dinner or identifying himself to Ajay by holding up bills of currency with his face printed on them in varying expressions.

There is a great Easter Egg in here with the initial meeting, for a sort of fake ending that has made the internet of late. Fun stuff like this shows a willingness to think a bit outside of the box over at Ubisoft, I just would have enjoyed seeing that kind of thinking permeate the actual gameplay a bit more. You still grapple about, you still have one leveling system that is almost identical to the one found in Far Cry 4 and the gameplay – while tight – is almost exactly the same thing we have seen in the past. 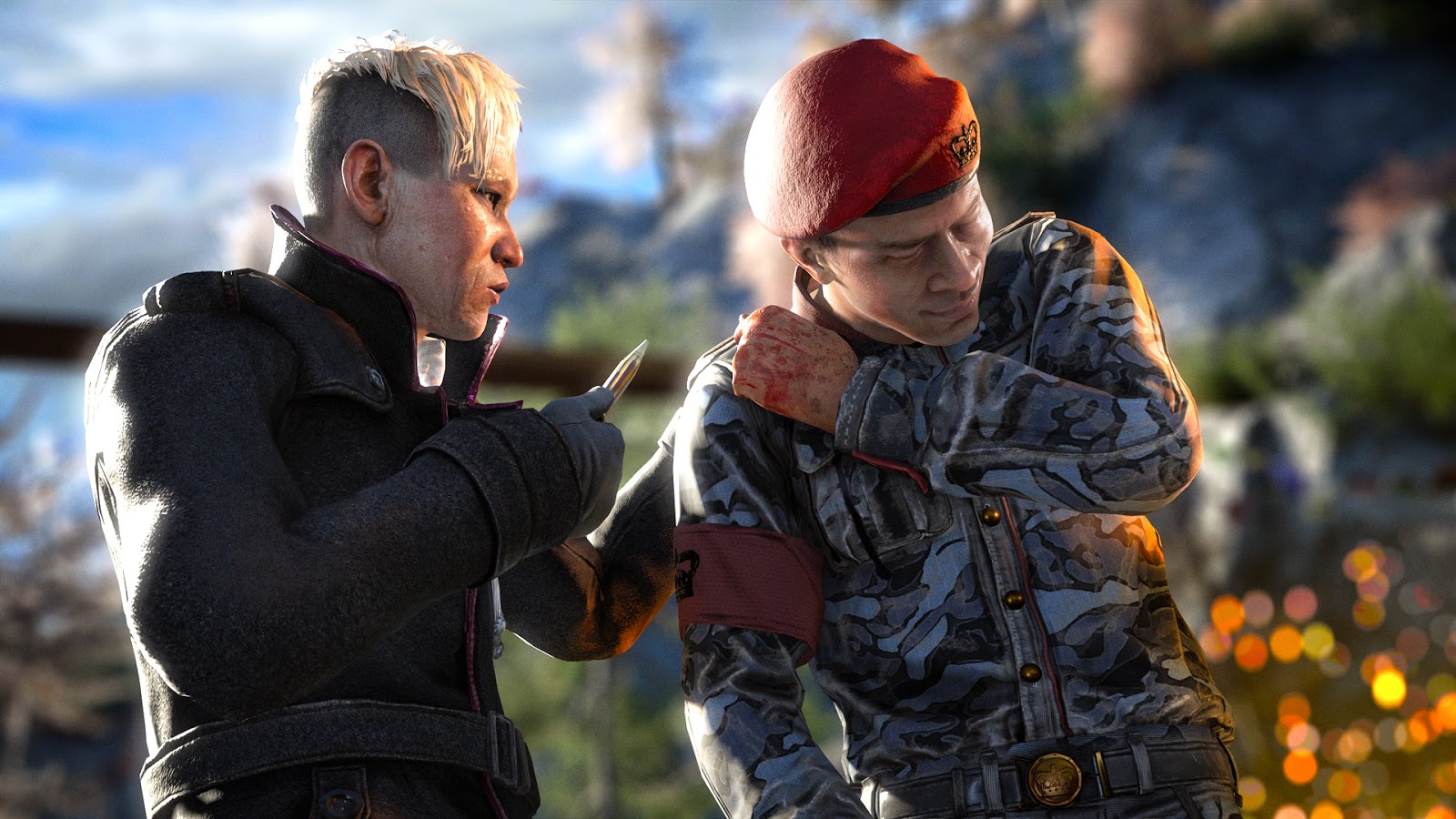 Combat and stealth work well, with plenty of action. Use binoculars to identify enemies and take them down quietly. Go in with weapons firing in all directions. Both elements are well represented here and I liked changing them up from time to time, just to keep the gameplay fresh. This will be important – especially if you plan to do most of the side quests.

I am a collector. I like to try and find everything. The map does a great job of showing where things are located, but oh my – so many things! It was almost daunting. I saw the number of icons on my map and literally just sat there, staring at it and wondering just what had I gotten myself into? Through just organic gameplay however, I found myself near many of the side quests and collectibles, so I went ahead and grabbed what I could.

Should you be inclined to just plow through Far Cry 4’s story in fairly linear fashion, the game itself is not a terribly long one. The additional experience and exploits are not needed as Far Cry 4 is still more about skill than grinding for experience. However, doing so misses some great side quest stories that have their fair share of the mundane, but also some incredibly fun (and often funny) misadventures worth partaking in as well. 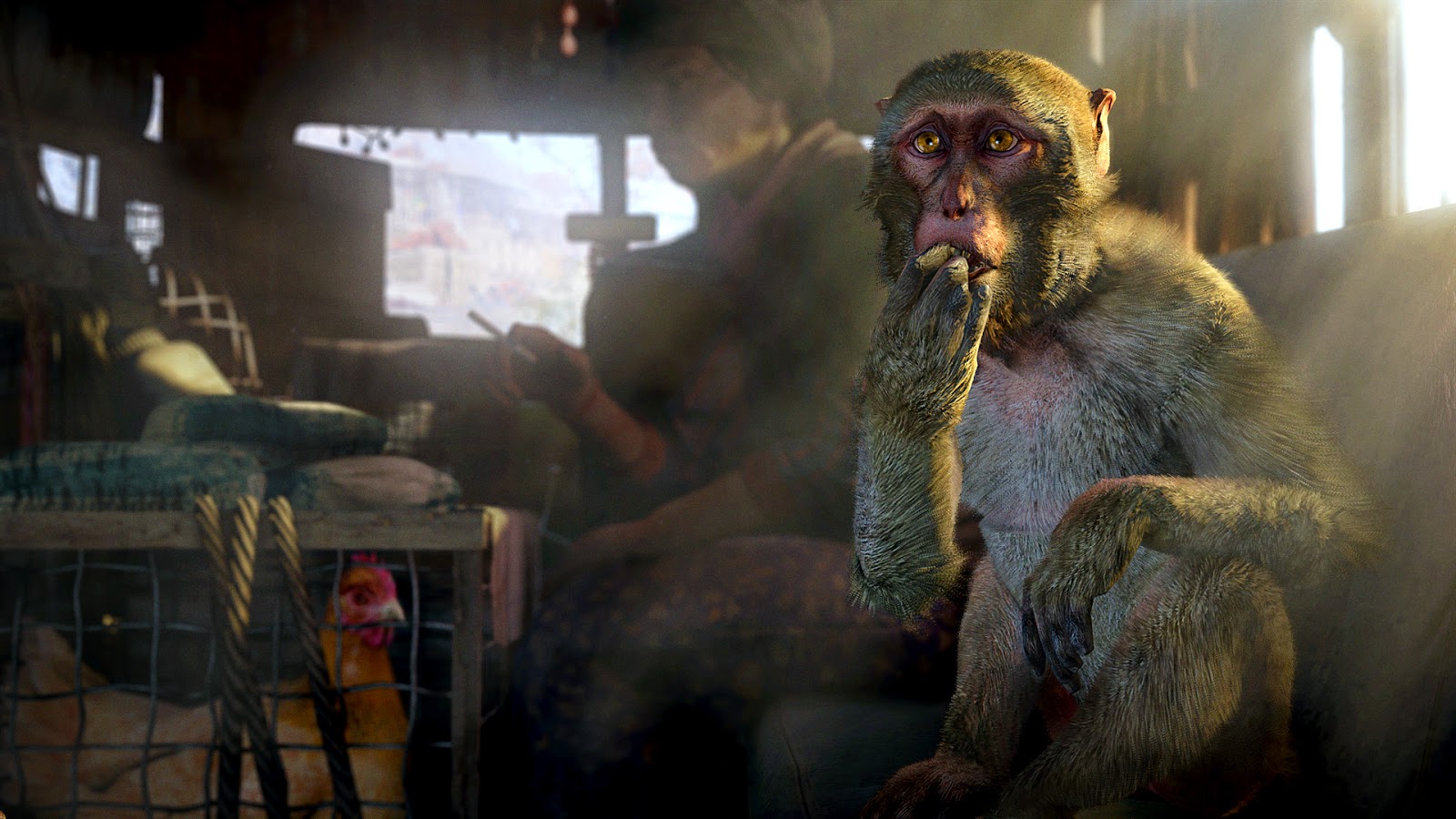 Just in case a map filled with odds and ends are not enough to keep you busy, Far Cry 4 boasts a pretty solid online experience as well. It certainly will not replace Call of Duty: Advanced Warfare as my fall go-to for player vs player action, but I am hard pressed to think of another multiplayer experience that merges elephants and rocket launches so effectively.

Yes, that is a thing.

Far Cry 4 has outstanding production values, with gorgeous, colorful graphics and excellent music and voice acting. The story is not the stuff of legends, but the experience is easy enough to become immersed in. This is especially true when the wildlife around you starts to come to life (packs of wolves are often awesome – and aggravating). Far Cry 4 knows what it wants to be. It wants to be loud. It wants to be violent. It wants you to have fun.

By all accounts, Far Cry 4 succeeds on that last point in particular. I do not suspect that the same formula can continue to be used in the inevitable Far Cry 4. The quality on display here is enough that players will likely forgive Far Cry 4 from feeling a bit like Far Cry 3 – New Game Plus. However, some more innovation next time around is a must to prevent the Far Cry series from becoming long in the tooth.