Welcome to Zak’s life. He is a lovable enough, but incredibly clumsy one-eyed alien who dreams of being a Flyunter. Unfortunately as he acts out a scene, he accidentally jettisons the cargo he is escorting to a nearby planet where everything is larger than life – or at least larger than Zak. The entire premise reminded me of Oddworld (though considerably less dark) as it sets up Zak’s adventure to reclaim his precious cargo. 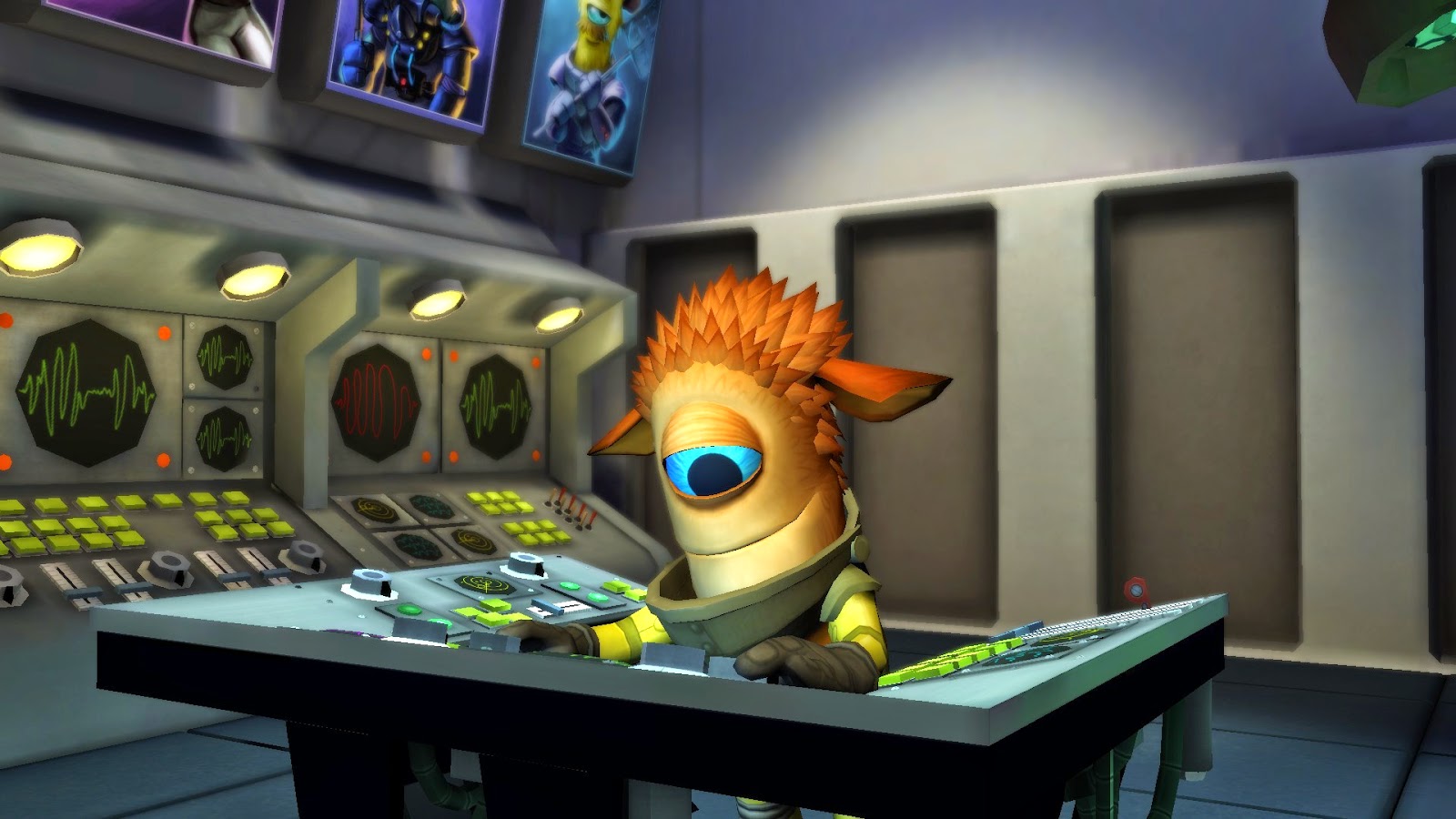 By and large, Flyunter Origins is a cute game with fairly basic controls and bright visuals that might be lacking in detail, but provide enough color to appeal to its target audience, which is younger gamers. You can jump about, later shoot a rechargeable stun gun and use your swatter to do the real damage to opposing insects. There are some collection aspects along the way as well as targeted times for beating the levels, none of which are terribly difficult marks to hit. In fact it is easy enough to beat Flyhunter Origins in less than four or five hours.

Essentially Flyhunter Origins is a platformer that looks like it was inspired by Pixar’s Bug’s Life. The insects, the world where everything around Zak is enlarged and the colorful visuals all have that sort of feel to it. This makes it a wonderful game for younger players, especially visually. There is a great deal of creativity and imagination that went into Flyhunter Origins.

The game itself is fairly basic. Persistence will win your boss battles and levels. The game is forgiving almost to a fault, but this only reinforces the nature that it is geared towards younger gamers as well. Flyhunter Origins was originally a mobile game, but it feels as though the port was handled without incident as the controls generally feel good and the level design is solid as well. 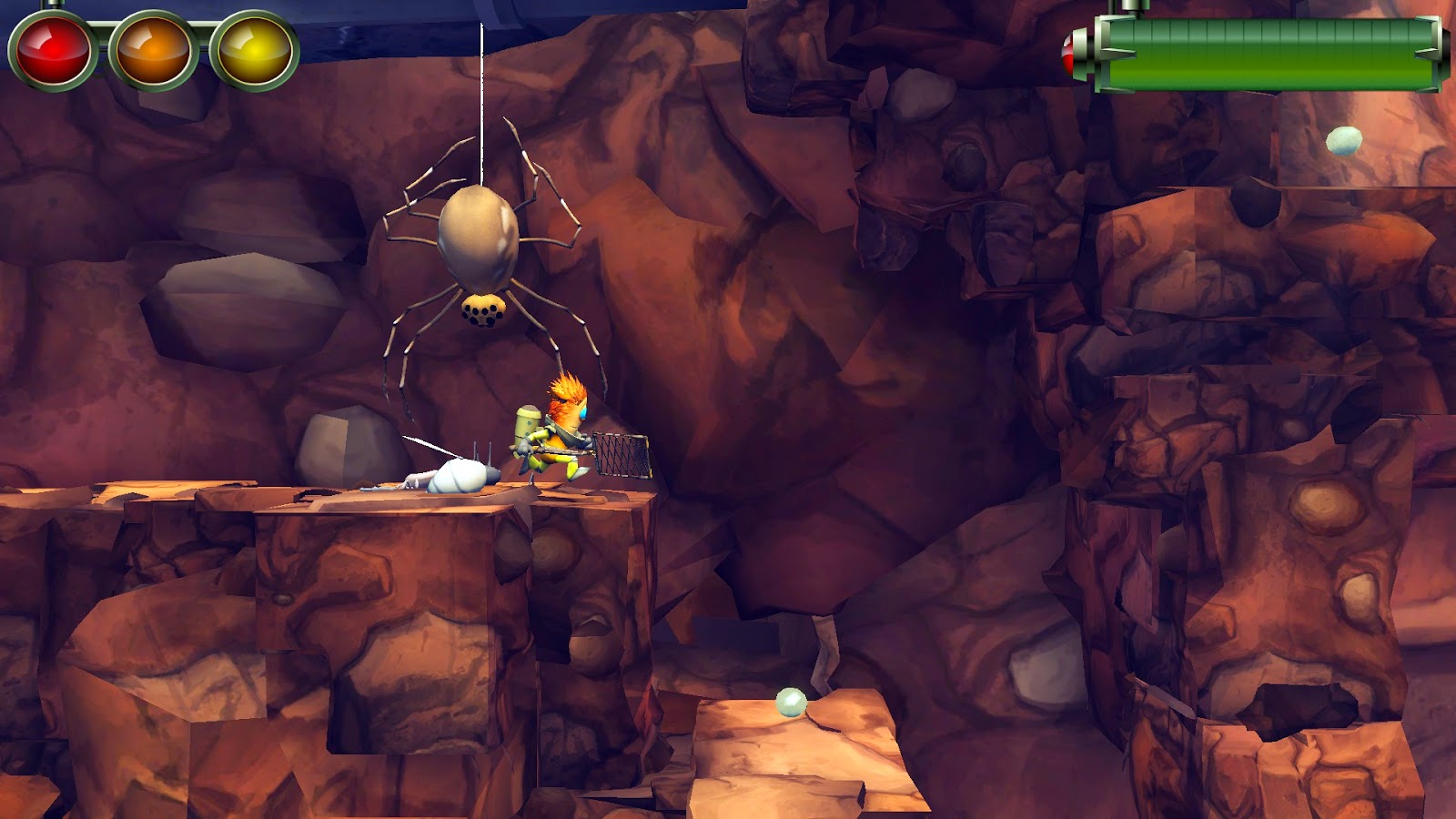 I make a note of the controls, because while movement and attacks are simple to perform (right down to the ranged and melee attacks and the ability to double-jump), collision feels a bit off in places. There were times I was hit by something that did not look like it was close to me on the screen, or my own hits missed when they looked like sure things. Sometimes this showed up in the actual platforming as well, as I had to move Zak to the absolute furthest edge of a platform before jumping in order to make it. This kind of behavior was more the exception than the rule, but it happened often enough that it is worth making note of.

There is an upgrade system for weapons which gives Flyhunter Origins a bit more depth as well – but really it does not change things too much outside of the increased damage. Despite plenty of charm from the visuals and music, there are some rough edges in Steel Wool Games’ effort as well. Small things like clunky menus and a lack of depth in mechanics or upgrade systems hurt the overall experience. 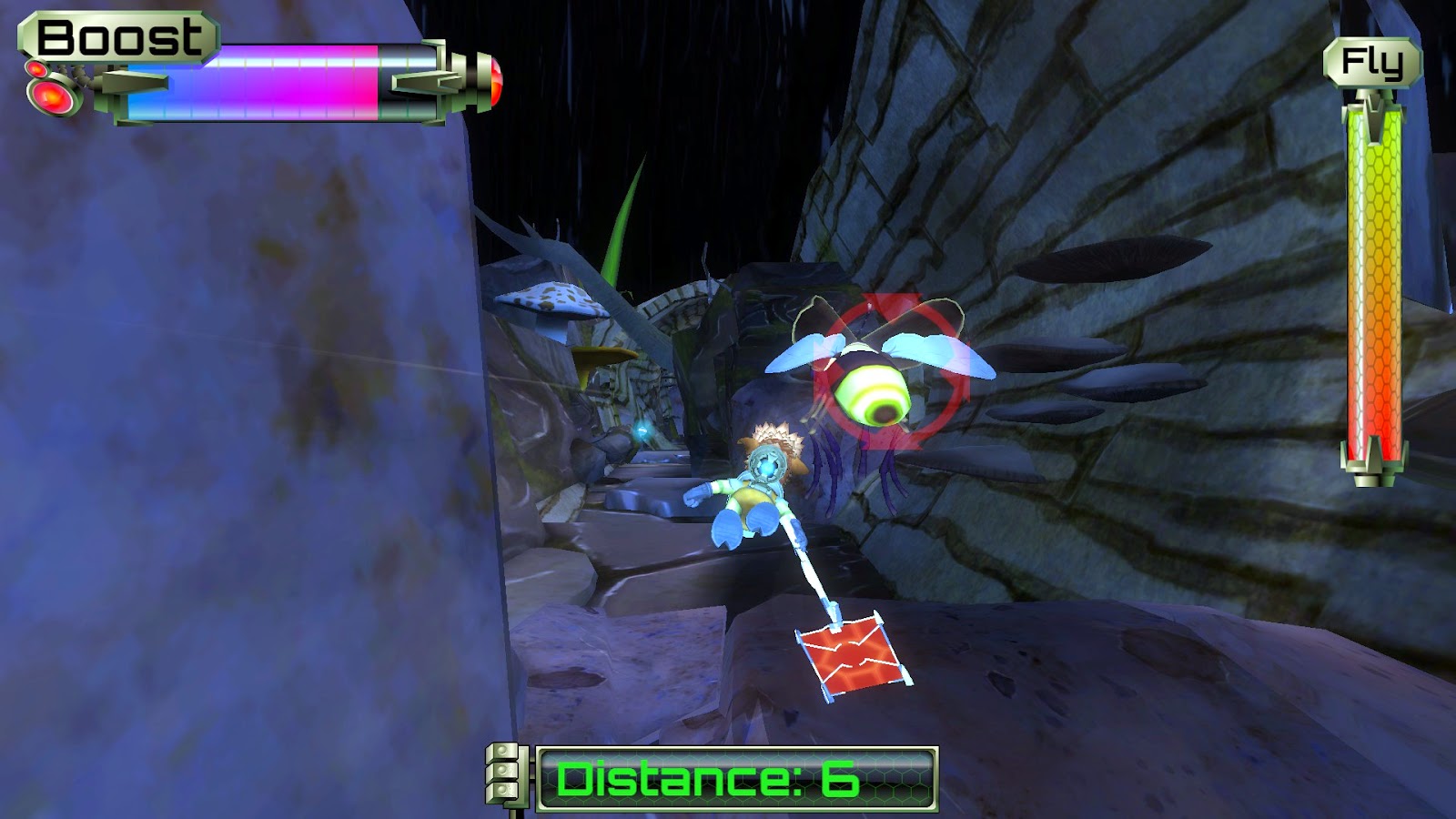 There is a nice racing-type segment near the end that do help to bring a bit more variety to the table. These are fun and simple, but serve the purpose of breaking up the rest of the game’s pacing nicely. That it is such a short game might bother some people as well, but honestly if Flyhunter Origins had been much longer, the somewhat shallow gameplay might have gotten somewhat repetitive.

Flyhunter Origins relies on a heavy dose of visual and character charm to carry an otherwise slightly rough game through its port from mobile to PlayStation Vita. More gameplay and progress depth would have improved the experience, but clearly it is aimed at a younger gaming demographic. With a simple control scheme and relatively forgiving difficulty, Flyhunter Origins should appeal to that target audience, while providing a pleasant enough diversion for more seasoned gamers as well.