The concept that Hell overflows and demons rush forth to the realm of humanity, feasting upon the defenseless population is as old as time itself. Stories conjured up as warnings for bad behavior or early versions of entertainment have depicted the demons of Hell rising forth and laying waste to lands that were previously powerful yet corrupt communities only to be protected by selfless heroes that turn the tides of war back in their favor. Hell, a turn-based strategy skirmish game that is developed by Hunted Cow Studios and brought to us by Slitherine, tells the story of the demons of Hell ransacking a mystical world full of swords and sorcery and it is up to you to take command and turn the tides back on those demonic forces. 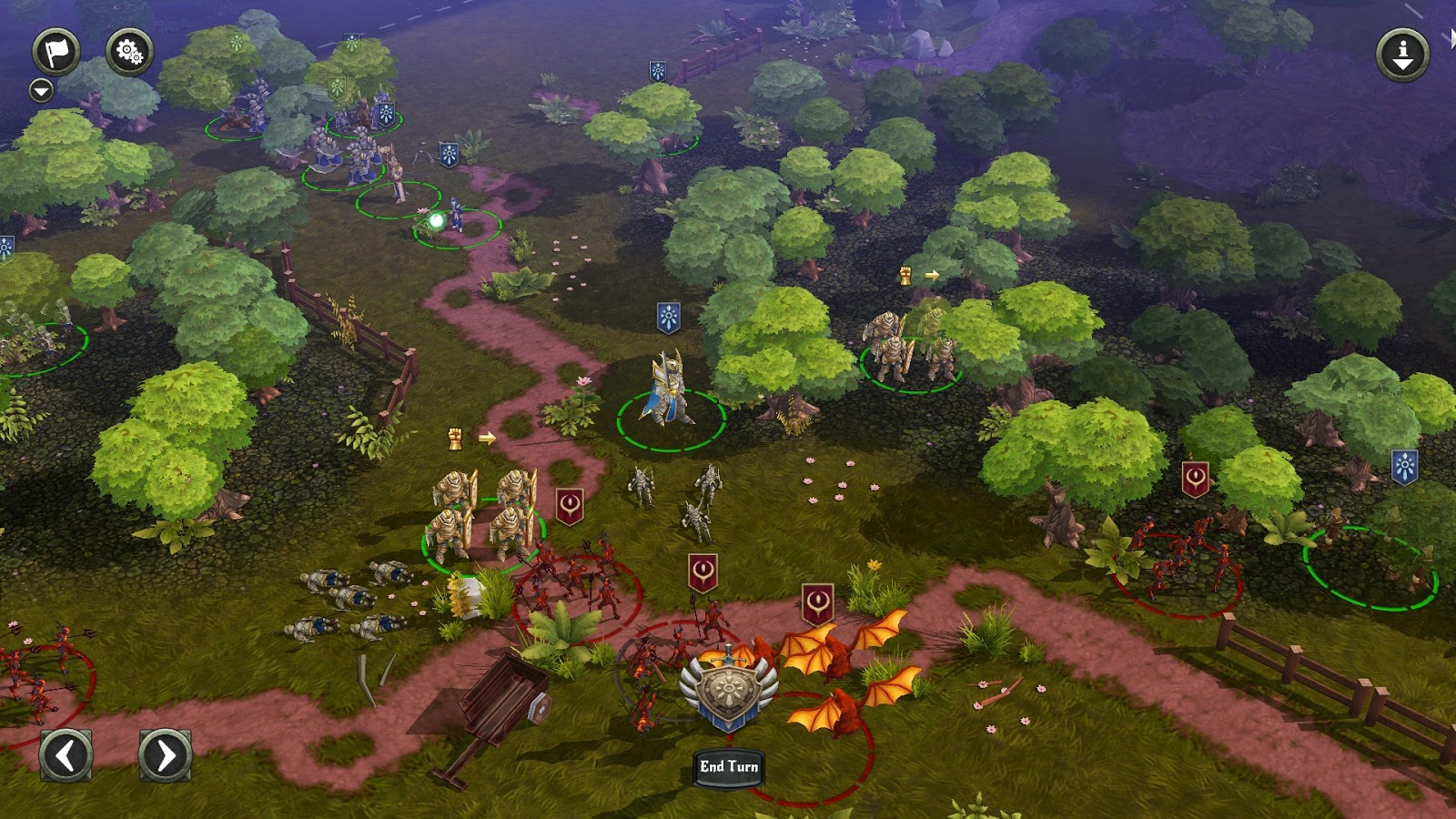 Now the term “turned-based strategy skirmish game” is fairly young and it defines a sub-genre of the extremely robust and deep strategy wargaming genre. In the primary strategy genre you will find massively comprehensive titles like Civilization, Endless Space, Crusader Kings II and Europa Universalis, all of which take what feels like years to fully master. The turn-based skirmish sub-genre is more action-oriented, stripping away the politics and in-depth resource / colony management and instead focuses on small, tight battlefields that pit the armchair commander against anywhere from one to six other opponents as they vie for control of certain points. Hell belongs to the latter style, the sub-genre of skirmishing turn-based strategy games and throws you right into some intense combat on small maps that have a handful of villages, forests, mountainous regions or other geographical locations and awards you for successfully holding off a sieging force or pushing forward, driving the enemy back.

They remove the distractions of heavy resource management and colony management to allow you to focus on your strategies and the task of annihilating the enemy. While some purists may scoff at the simplification of the strategy genre, I have found that when I want a quick yet challenging that these skirmish-style games are perfect for me (though I do love me some long drawn out campaigns like those you can find in Endless Space or Europa Universalis). The downside to the fast game is that developers need to make sure that the AI opponent(s) are top-notch and are able to give you a run for your money in such a short time. I personally found that Hell was, at times, a little too easy, though I admit that there are times where I felt like I was just dragged backwards through a knothole because the AI can be unpredictably hard or unpredictably easy; it is sort of like a crap shoot sometimes. 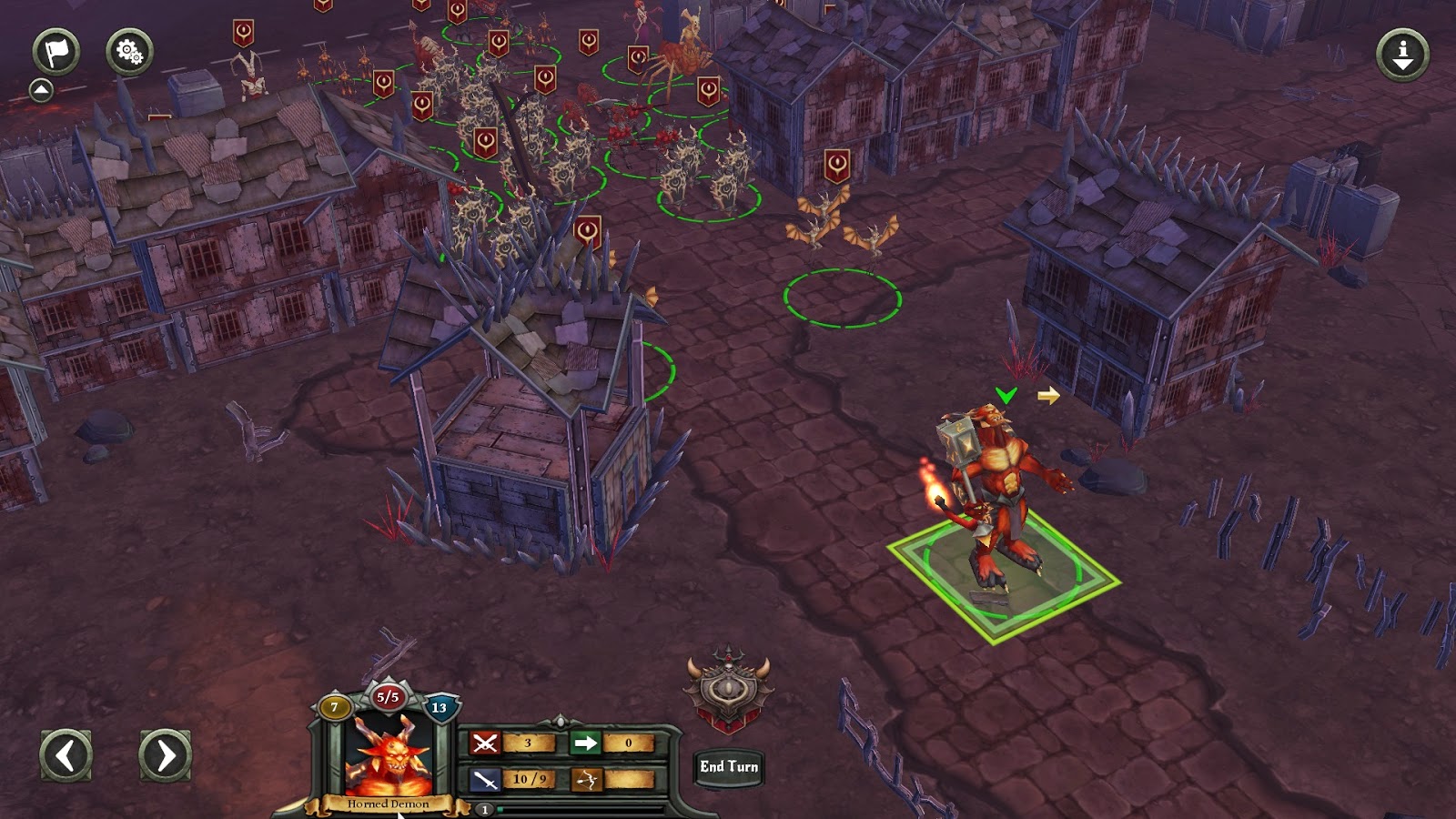 Fortunately the music, which is what you will hear for the mass majority of the campaign is well-composed, interesting, and does not go through and drive one absolutely bonkers. The little voice acting that is there is rich, fantastical, and fits well with the fantasy-theme and does well to not break any sort of immersion. Spells and effects, like fiery arrows have a decent, and sometimes comical affect on the enemy, and sound clean without being too ‘in-your-face.’ An issue that I would see with a number of other skirmish-style turn-based games is that the actual effect of the spell (or in others’ case, gunfire or explosions) is quite muted but when making troop movements the movement noise (in some cases tanks or moving through bushes) is obscenely loud; fortunately that is not the case here as the audio has a solid pitch and fits right in with no variation. Even after many hours played though, I feel that something is missing from the audio, I am just not able to figure it out.

Along with the solid music comes solid gameplay, though I do have to say that Hell is eerily similar to Battle Academy 2, another Slitherine title (read my review of it at: http://chalgyr.com/2014/10/battle-academy-2-eastern-front-pc-review.html ), though that could be due to the fact that these types of games, turn-based skirmish games, follow a specific pattern. The 3D, three-quarter view of the battlefield offers a good vantage point and allows you to easily see your array of units plus the line-of-sight enemies, which allows you to go through and adequately plan your offensive and defensive strategies. 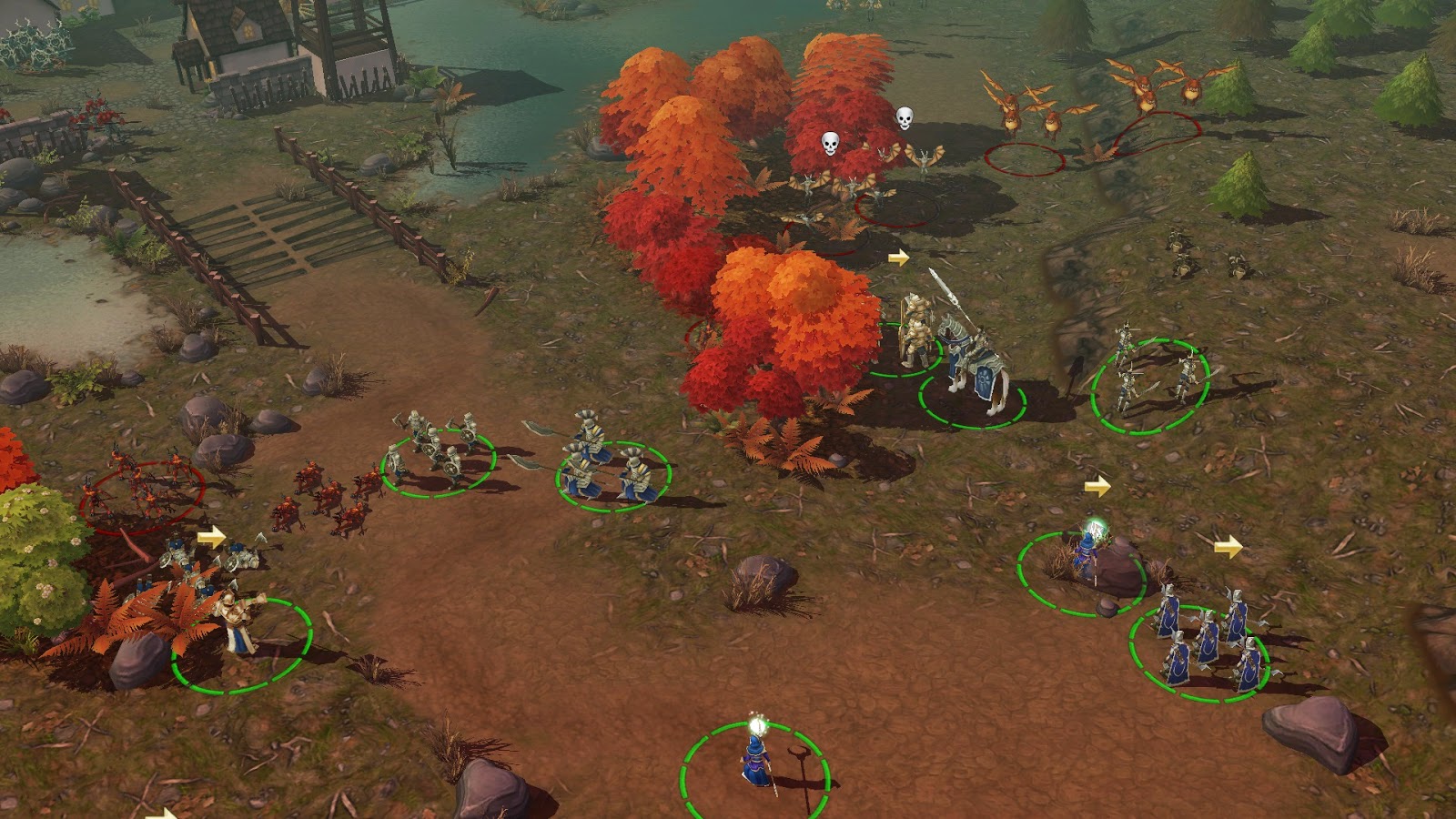 Cover, such as forestry or buildings, allow you to set up ambushes which can be used to deadly effect, especially if you can funnel the enemy into a choke point then move your units around in an encapsulating pincer move; very devastating. Units are easily distinguishable which is a massive plus compared to some of the other titles that I have played that are along the same veins, as there are some bright and vibrant unit colors (and designs!) that help pick out your squads or enemy units, which is a bit of a blessing because some games take the concept of “camouflage” a bit too literal. Spells and effects are decently animated though, between the map designs, unit designs, and the spells / effects, one would almost think that Hell on PC was actually developed for mobile platforms. Not that the graphics are sub par, but the way they look would be right at home on an Android tablet. Possibly a potential release on mobile platforms? Maybe, we will see.

Hunted Cow is known more for its mobile and browser games (and some excellent ones at that) and has moved into the PC realm with Hell as well as an MMO called Eldevin, so they are not new to the gaming world, with a bit of experience behind them with all of the different and exciting titles that have come of of the relatively small studio. This experience shows in Hell, as it is relatively bug free, has an attractive graphical style, and fits well with Slitherine’s huge compendium of strategy and wargames.

Though the campaign felt a little easy, the gameplay is challenging at times and offers a good balance between the forces of humanity and the forces of evil. I would personally have been a bit more interested in more of the micromanagement of individual forces, likely attributed to my love of Warcraft III and Warhammer 40k: Dawn of War II, but all in all it is a solid game that any fan of the skirmish-style turn-based strategy should pick up.