While the Lone Wolf series might not be familiar to everyone, these were among my first roleplaying experiences as a kid more than twenty years ago. Given that I am a fan of RPGs and visual novels, the blending of the two genres into a video game made perfect sense to me. This PC port began as a mobile game, but with an emphasis on storytelling, the transition is actually a very smooth one. Lone Wolf offers about a dozen hours of gameplay as this HD remaster pulls together all of the mobile stories into a single game that crafts a fairly unique experience. 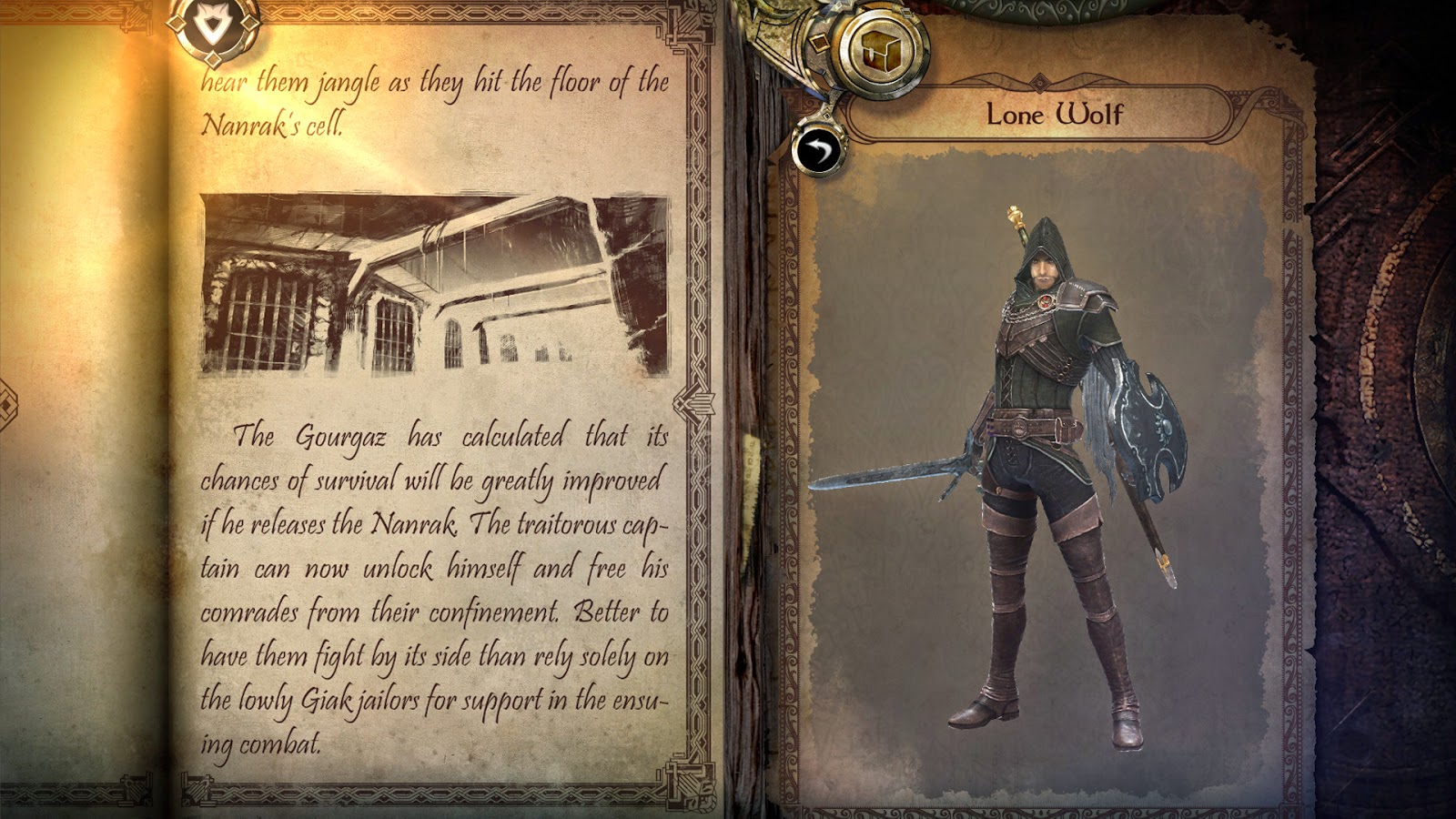 Lone Wolf is a character from and the name of over two dozen books from the series written by Joe Dever. Much like the old Choose Your Own Adventure books, the Lone Wolf series was built around making choices and following them through different paths in the books. However, what separated the Lone Wolf series were elements commonly found in tabletop games (random numbers, inventory items, etc) that relied on the reader to be honest about what he or she had.

These books predated my future obsession with all things Dungeons & Dragons and were published over several years. I eventually fell out of touch with the series, only to recently rediscover that a new story was being told in this video game. The tale feels like it is nestled in early in the series, and while the writing is excellent, the story itself was just a little underwhelming. That being said, the game feels like a natural extension of the book series in terms of mechanics.

Translating a book’s mechanics to a video game is likely no small feat, but the weight of decisions can be felt almost immediately. Within moments of playing, Lone Wolf is pushing through the snow as quickly as he can, but senses that something could be wrong. Do  you forge ahead quickly on your horse or take your time – possibly precious time – and look for traps or hazardous terrain. Most decisions boil down to taking a slow, thoughtful approach, a brute force approach or a stealthy approach. This might mean picking a lock, bashing down a door or looking for another way in. 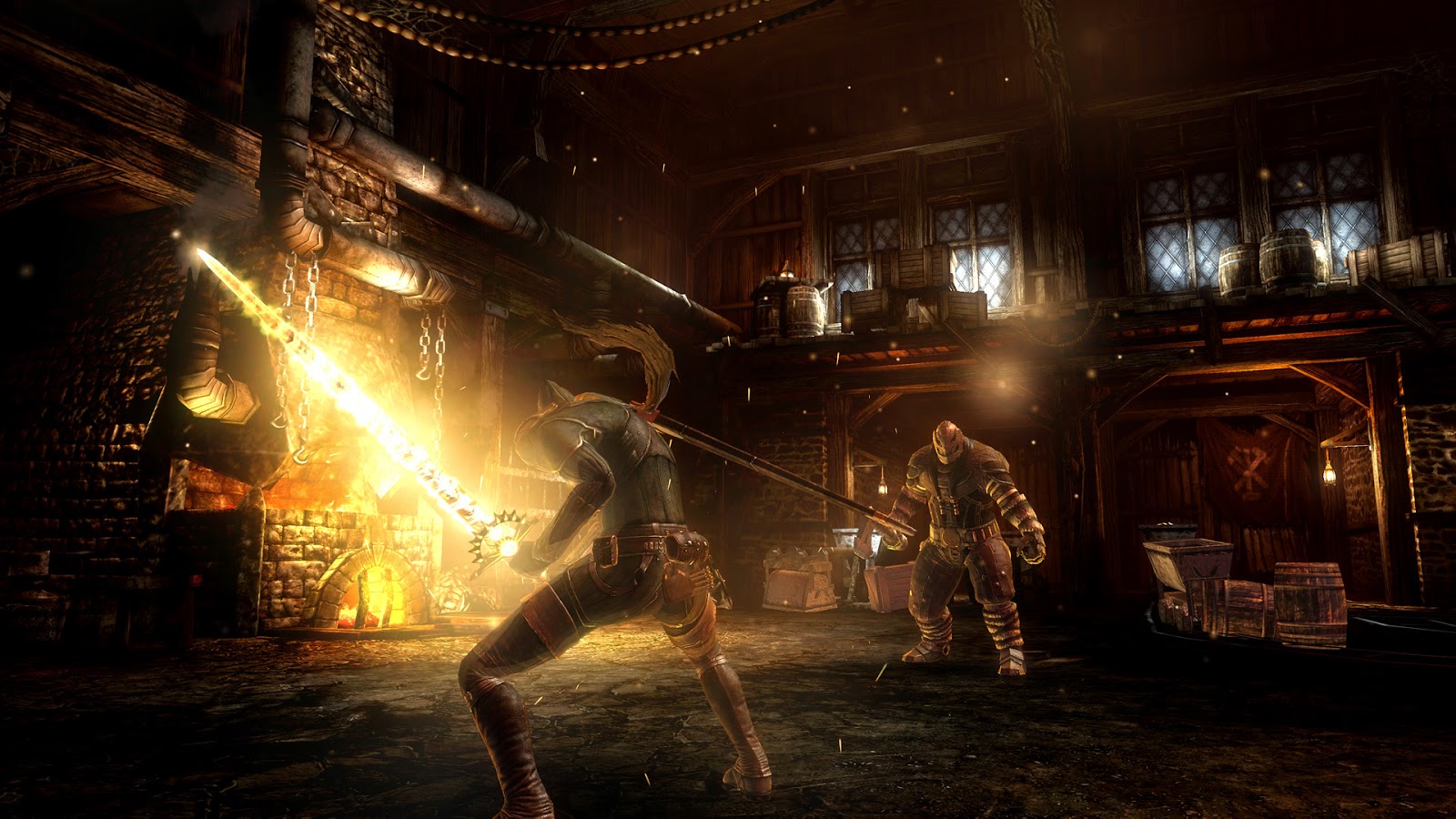 Each scenario is different. Picking that door might make more sense, but what if you are low on lock picks? Failure at the mini game is a possibility after all. Bashing the door also requires a sort of mini game that involves hitting the mouse button repeatedly. Circling the building looking for a way in might alert whatever is in there that you are coming. These are the types of scenarios the Lone Wolf series tries to put towards you. To go back to my earlier decision on horseback – I pushed through the snow (my character was built on power – a heavy mace, rash decisions, traits such as that) and wound up injuring my horse. I then had to decide whether to leave the horse there, put it out of its misery or perhaps use my healing magic on it and risk not having any for myself later in battle.

As a big fan of games involving choice (Mass Effect, Dragon Age, Neverwinter Nights, etc), the options found in Lone Wolf really appeal to me. The storytelling – right down to the ‘flip a page’ mechanic that likely felt right at home on a mobile device’s touchscreen – holds up well in the transition to the PC. Animation throughout this part of the game is sparse, with an art style not unlike the old books that show mostly static (though sometimes shifting, basic movements).

The combat feels a bit less ideal, though it still does the job. You touch Lone Wolf with the mouse in one of a handful of locations to trigger a type of attack (melee, ranged, special, etc) in a way that was likely built to accommodate touch screens. Different moves expend different amounts of energy or magic while a timer bar gives the combat a sort of active feel. Enemies can also move within that time frame and then when the timer reaches its end, Lone Wolf can perform no actions until it refills, restoring his energy in the process. 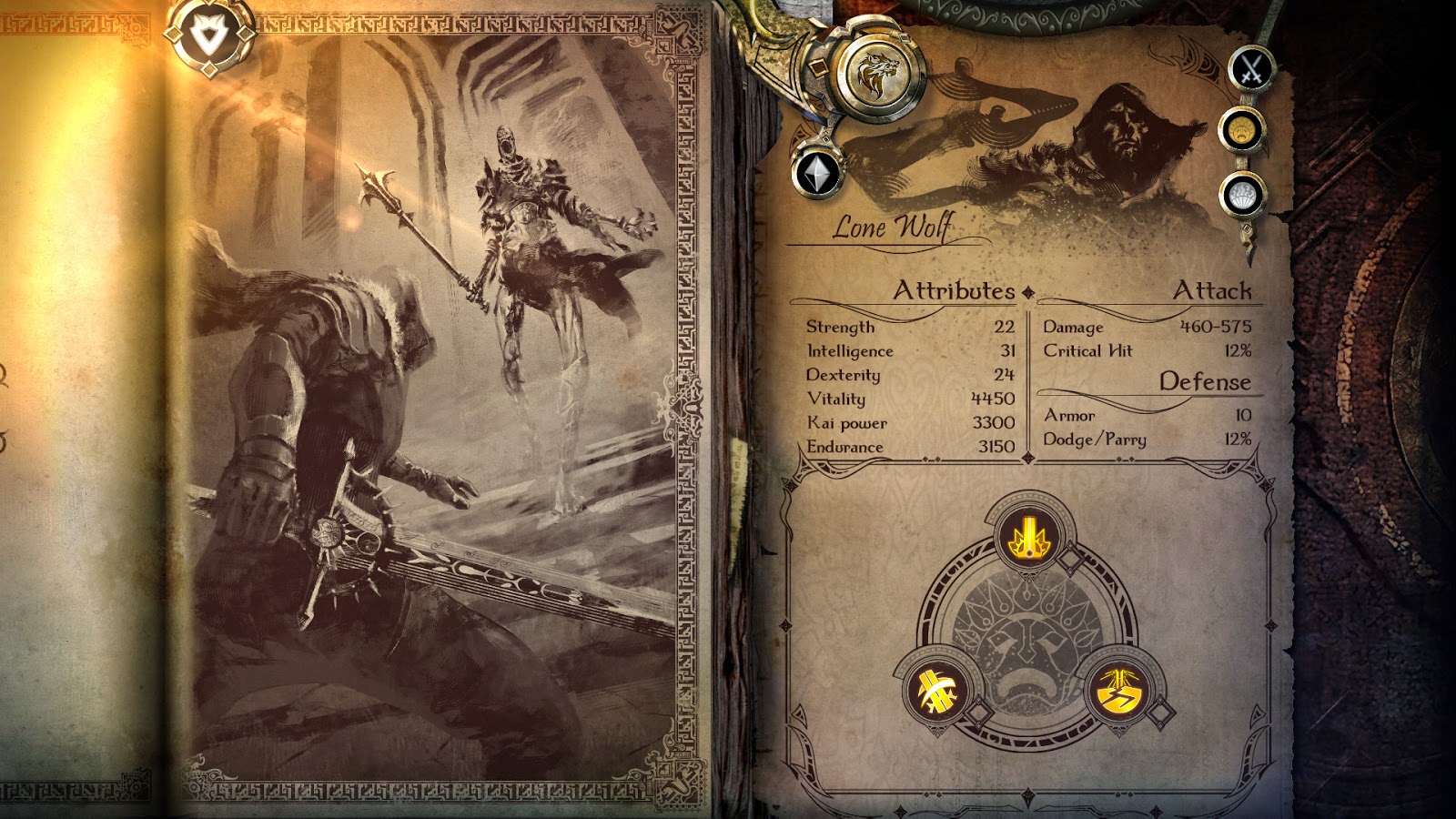 The transition from book page to realized 3D character models is actually very slick, though the combat animations themselves are a good deal more basic. They get the job done, but like the combat feel somewhat rough around the edges. Still, gaining loot after combat is always a small thrill whether it is your second fight or your thirtieth.

The focus is on the story, which could have felt like it was adding a bit more to the history of the game, but it is an excellent starting point for those who have never read the books. Some of the animations could have been sped along and the bit about writing your story is overused, but this game definitely has its heart in the right place and should appeal to fantasy fans looking for a visual novel with RPG elements in it. Additional unlockable content like models, art and codex entries compliment a subtle but solid fantasy music score. The story can be played through in less than a dozen hours, but I am one of those people who likes to go back and see how my different decisions might have impacted the game (hence my three playthroughs of Mass Effect and Neverwinter Nights when both titles first released).

Joe Dever’s Lone Wolf HD Remastered is a slower paced game that will not appeal to those looking for guns, fast twitch gameplay or state of the art visuals. However, if you are up for a solid fantasy tale with ties to a greater gaming legacy and are willing to allow yourself to savor the simmering pace of the adventure while reading its plentiful and well-written text, there is a great deal to like about Lone Wolf’s adventures.