comments Share
You are reading
Rollers of the Realm – PC Review

This game is more about taking chances than anything else. Not necessarily you the player, but the development team that decided to blend two very different gaming genres together into one title. Billed as an RPG/pinball hybrid, there are plenty of puzzle elements to be had here as well. Some of the ideas here work better than others, but Rollers of the Realm is a welcome change of pace during a gaming season that sees so many titles rehashing familiar territory. 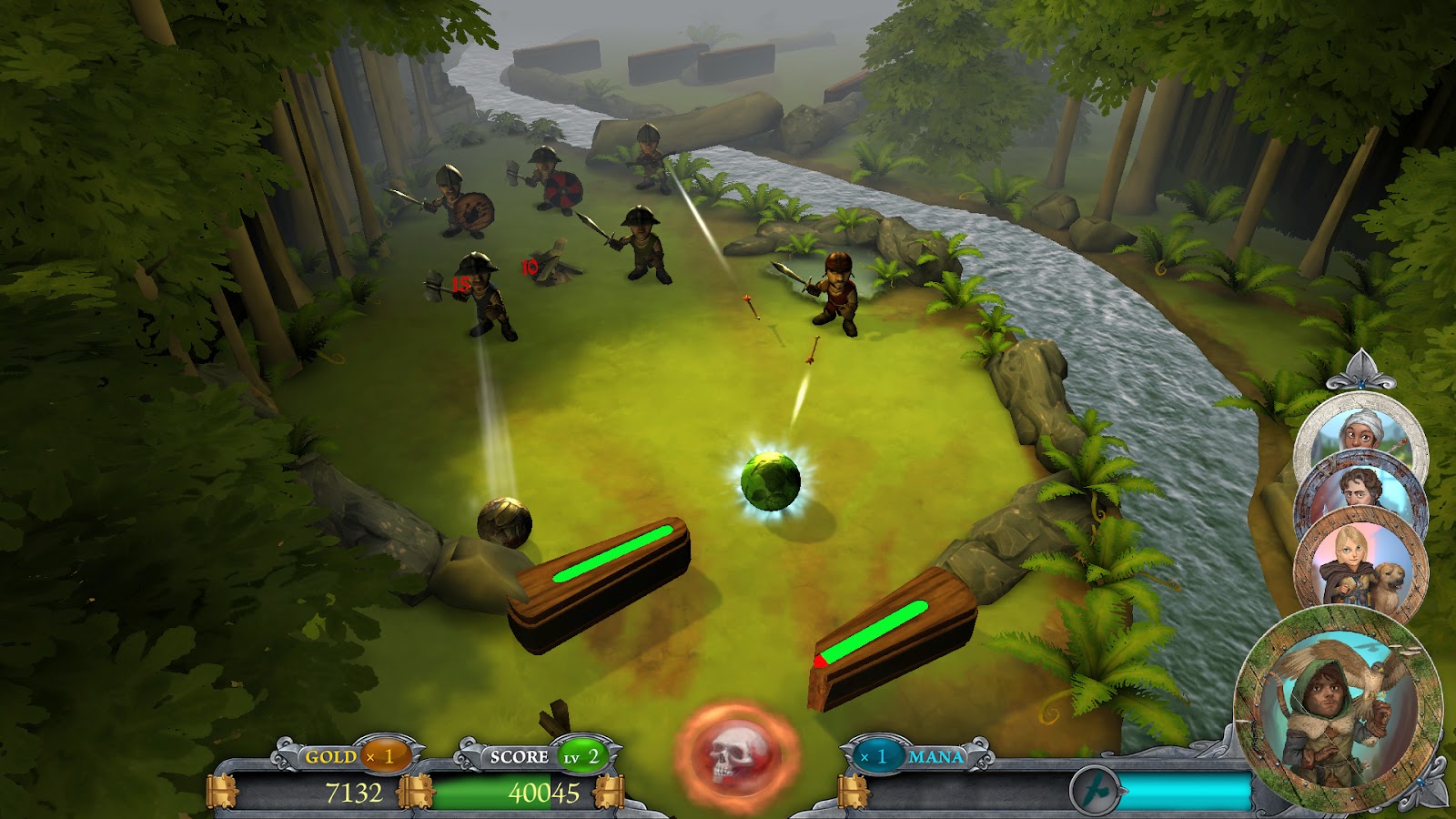 Things start off simply enough with a bit of expository spoken dialogue about a young thief who quickly finds herself in over her head. The actual game plays out in the form of pinball, but instead of simply trying to rack up high scores or stay alive as long as possible, there are objectives on the table to be met before you can progress the story onto a new table.

As the story continues along, new characters like a healer or a drunken knight get mixed into the party. Losing the ball is akin to a character being knocked out. Meet the criteria to bring the character back and you have essentially used a phoenix down on your character. The rogue can acquire more gold – usable for purchases the upgrade the stats on the distinctive character balls while the warrior simply does more damage – useful for dealing with obstacles or enemies. Some of these balls are larger than others, which means that they are more useful for hitting hard-to-nail targets, but might be too large to fit through other areas that their smaller counterparts might be able to. Skills also were a bit roughly handled at times. This is a title best played with a controller, but firing off a particular skill can be a challenge not of gameplay, but how the mechanic is executed. 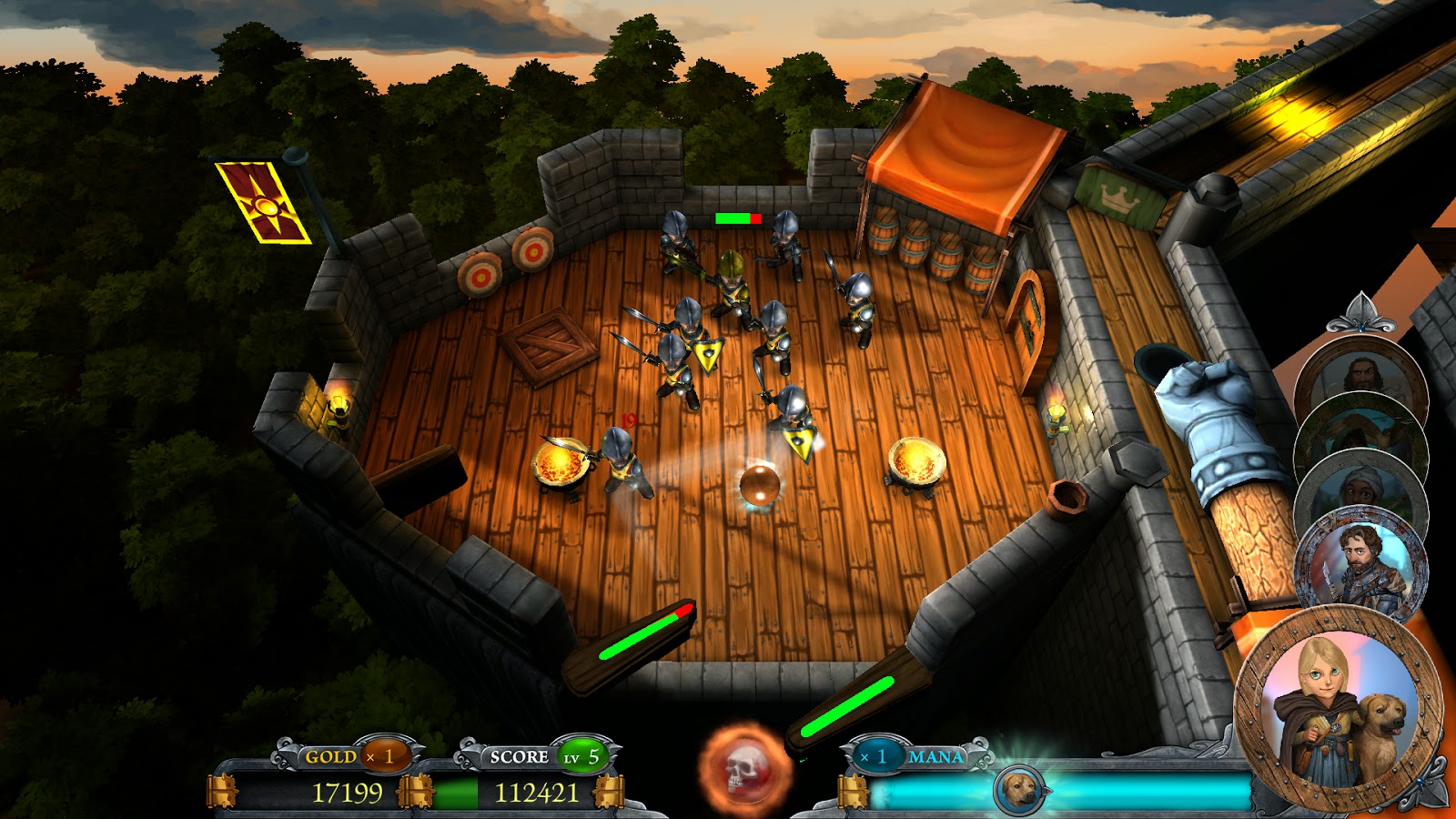 The the story is not terribly long (some branching choices to aid in replay value would have been helpful here. There are a few ‘side quests’ but they are diversions, not deviations) and the arena mode offers very little variety once you spend some time with it. These things plus sometimes clumsy puzzles serve as the primary detractors from an otherwise inspired blend of genres into one game. The characters are well-voiced, the visuals while simple are colorful and fluid and the boards themselves provide a considerable amount of variety in their designs.

While the levels offer a variety of objectives, their actual designs can prove to be a mixed bag at times. Progression through a level is often quite clever as you hit specific targets or manipulate switches along the way, but other ramps and bonus areas feel obscure and the sheer amount of luck needed in a game like this feels a bit odd and out of line with the RPG genre that is built around persistence (grinding) and a lot of careful planning.

Thankfully the equipment system is up to snuff, with plenty of options to outfit the balls/characters as you see fit. Being able to improve your parry or health comes in very useful later (the healer was basically by best friend by the end of the game), and the ability to earn this money feels like the most heavily leveraged of the RPG mechanics. 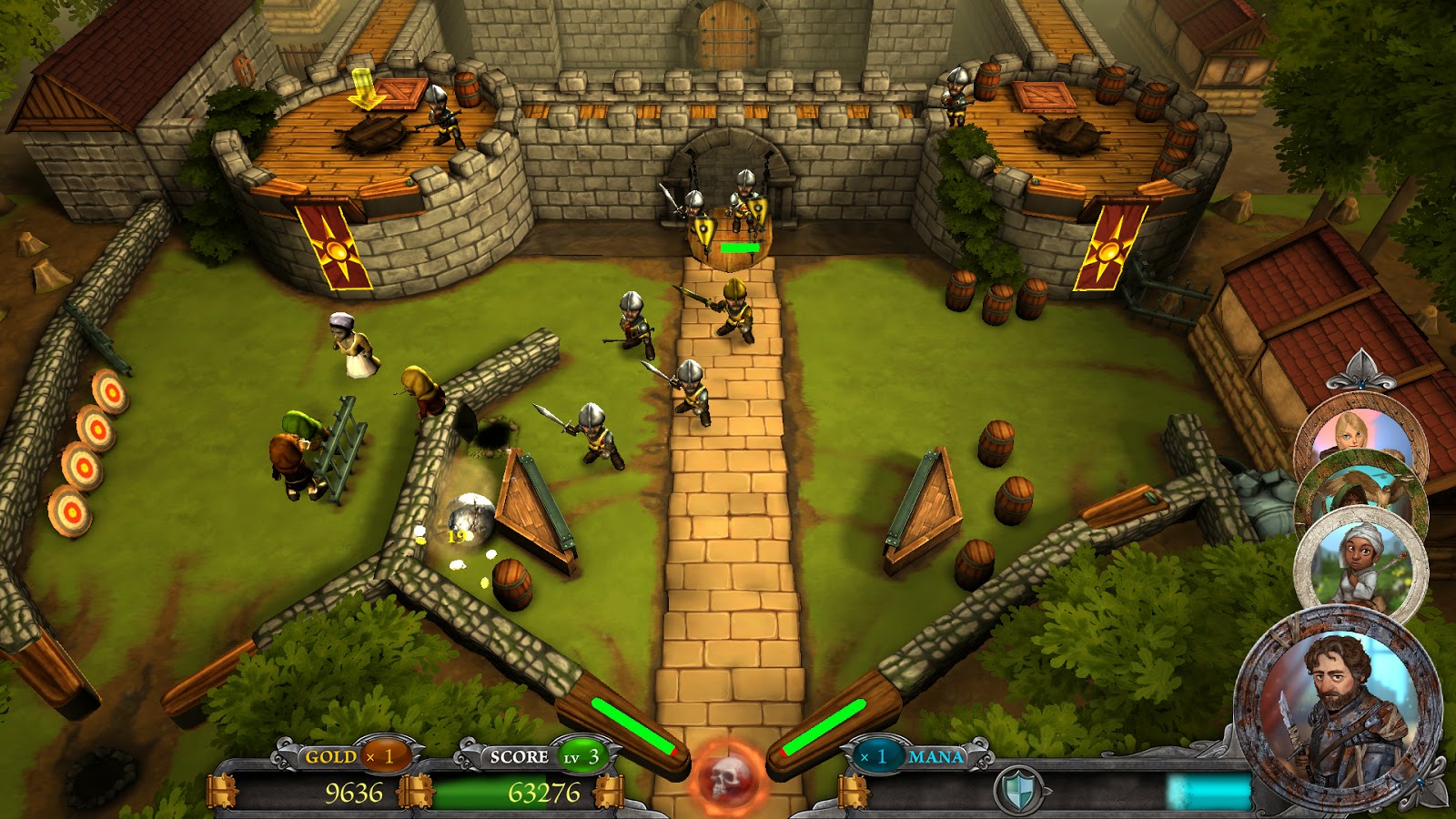 While the voice actors do a good job, the music is completely forgettable and the visuals do not fare a great deal better. They are pleasant enough, but lack the detail of a more realistic pinball table and the fantasy fanfare often found in RPG titles. The flippers and balls feel responsive however, and I seldom felt like there were ‘cheap’ deaths built into the levels.

Rollers of the Realm deserves a great deal of credit for doing something fresh. The implementation is a bit rough around the edges at times and the title itself could have a bit more length to it, but overall this demonstrates that pinball, puzzles and roleplaying game elements can all work with one another when given a chance. There is plenty of room for this particular hybrid genre to grow, and I am hopeful we see another attempt like it sooner than later.