comments Share
You are reading
Several bits of Saints Row: Gat out of Hell info

TagsNews and Previews, Saints Row: Gat out of Hell

Saints Row is one of those ridiculous, over-the-top titles that you either love or hate. We have a few guys on the team who fall into that ‘love’ category and they have been pumped about any and all new information that has come out for the upcoming title. 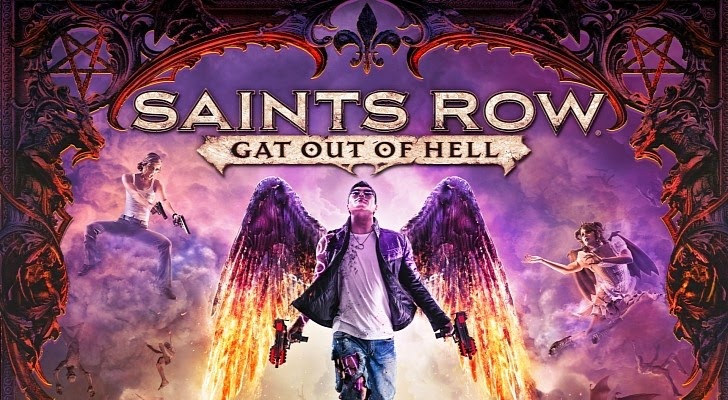 
We’ve got a musical treat from Saints Row: Gat out of Hell to share. Johnny Gat, Kinzie, Jezebel and even Satan express their emotions the only way they know how – through a full blown musical number!

Want something sinful with your coffee this morning? We have a delightfully evil batch of assets and news coming to you for Saints Row: Gat out of Hell and Saints Row IV: Re-Elected. Please see the download links and read the full release below for the details on the new January 20th, 2015 release date and pre-order offers, the reveal of seven deadly weapons in Gat out of Hell, a new weapons trailer, screens, logos and box art.

Deep Silver released a sweet-as-all-hell behind the scenes video for the upcoming Saints Row IV: Re-Elected and Gat out of Hell. Go behind the scenes to meet the voices of the Saints and get an exclusive sneak peek of the voice recordings for the anticipated expansion title with Daniel Dae Kim (Johnny Gat) and Natalie Lander (Kinzie) as they talk about the joys and challenges that come with being a Saint and more.

And a pair of trailers: