comments Share
You are reading
Tales from the Borderlands: Episode One – Zero Sum – Xbox 360 Review

You got a cel shaded action game into my adventure game engine! You got your episodic story game into my gear driven shooter! Delicious. Tales from the Borderlands takes the two great tastes of Telltale’s renowned adventure game style and Gearbox’s Borderlands franchise and crafts a completely new experience. With Telltale really hitting their groove and releasing a number of 5-part games over various properties and Borderlands coming off of the latest Pre-Sequel release in the franchise, both parts of the equation are big right now. But is Episode One of Tales from the Borderlands an odd arranged marriage to capitalize on the hot trends, or a worthy evolution of the adventure game genre and a success in its own right? 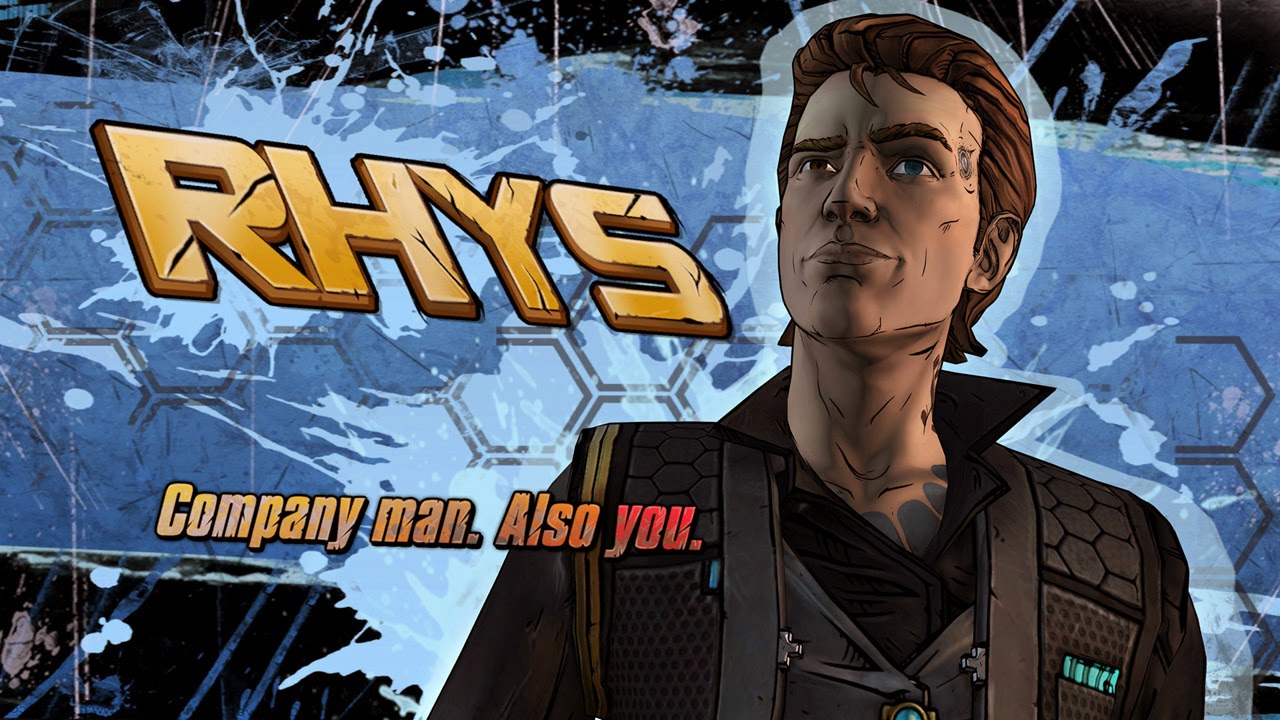 This initial episode starts with the story of two diametrically opposed characters, Rhys and Fiona, as their stories intertwine. Rhys is fighting his way up the corporate ladder of the universally renowned – and despised – weapons manufacturer Hyperion. Fiona is a sly grifter on the rough and tumble planet Pandora. Their paths cross during a deal that goes awry for a rare and fabled vault key, told to unlock an immense cache of unknown technology on the planet Pandora.

If you have experience with any of Telltale’s other adventure games from the last few years, there is a very familiar groundwork upon which Tales from the Borderlands is built. First and foremost is the story and characters, emphasizing decision making through conversation prompts that force a quick read and reaction to shape how scenes play out. Occasional exploration scenes put the player in direct control, allowing limited movement in an environment and the ability to analyze certain elements for clues or story triggers. Action scenes rely on quick time events to determine character success, with simple button prompts or control stick waggles playing out in elaborate combat scenes. 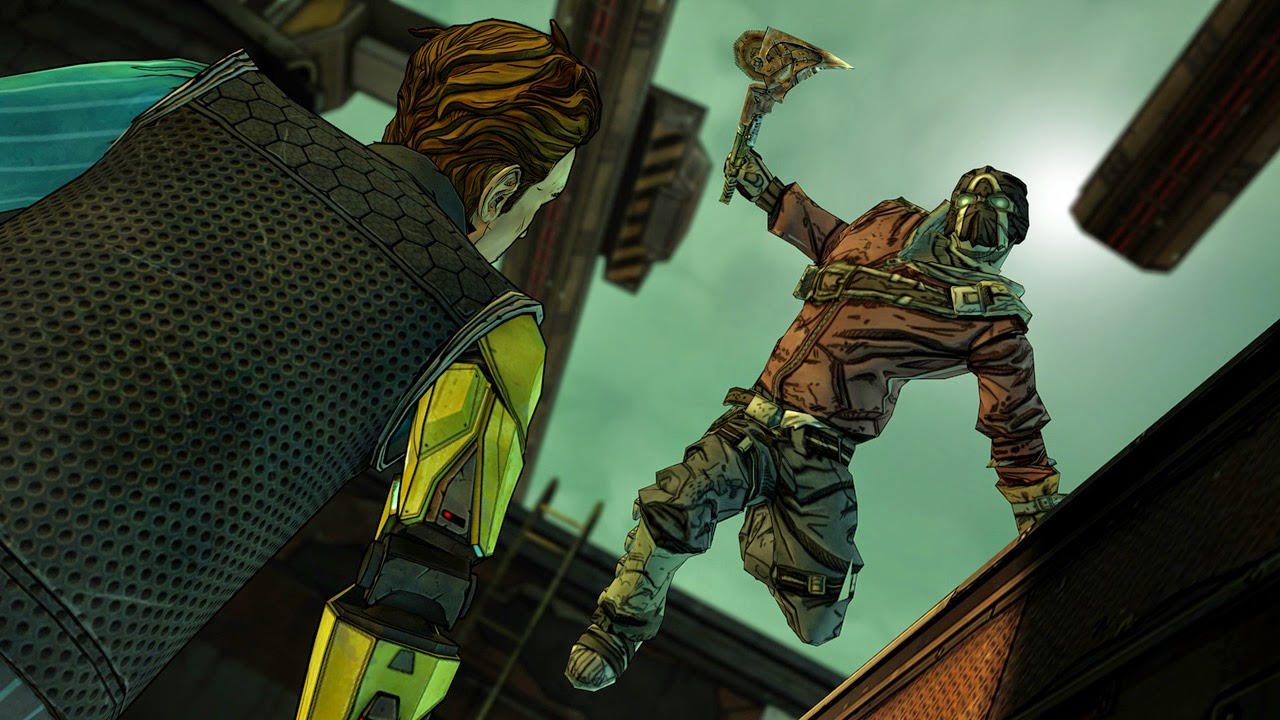 What really sets Tales apart is the Borderlands universe – the colorful and over-the-top personalities, bombastic story beats, comedic overtones, and an extremely aggressive culture of violence and weaponry. It not only allows Telltale to use their familiar foundation more lighthearted ways. Rhys and his colleague Vaughn have a facade of cocky corporate bigwigs, which quickly devolves into fast talking self preservation when met with the slightest sign of trouble. The addled minds of Pandora’s psychos and bandits spew violent non-sequiturs as their only mode of conversation. Fiona’s cautious and steely reserve counters Rhys’ boss August’s hubris. And a great cast of voice talent expertly brings these characters to life, bringing in big names like Troy Baker, Nolan North, Patrick Warburton, and even comedian Chris Hardwick.

The narrative setup of this first episode is the biggest change to the formula here, and it really serves to breathe new life into the experience. This first episode is right around three hours long, and oscillates between Fiona and Rhys as they tell their interpretation of the proceedings. This lets the writers play with the idea of an unreliable narrator, with a characters ego inflating events beyond what really happened. Coupled with the technological advancements at Rhys’ disposal, including customizable combat Loader Bots and a souped up stun baton, there are quite a few larger than life moments peppered through the episode to keep things exciting. 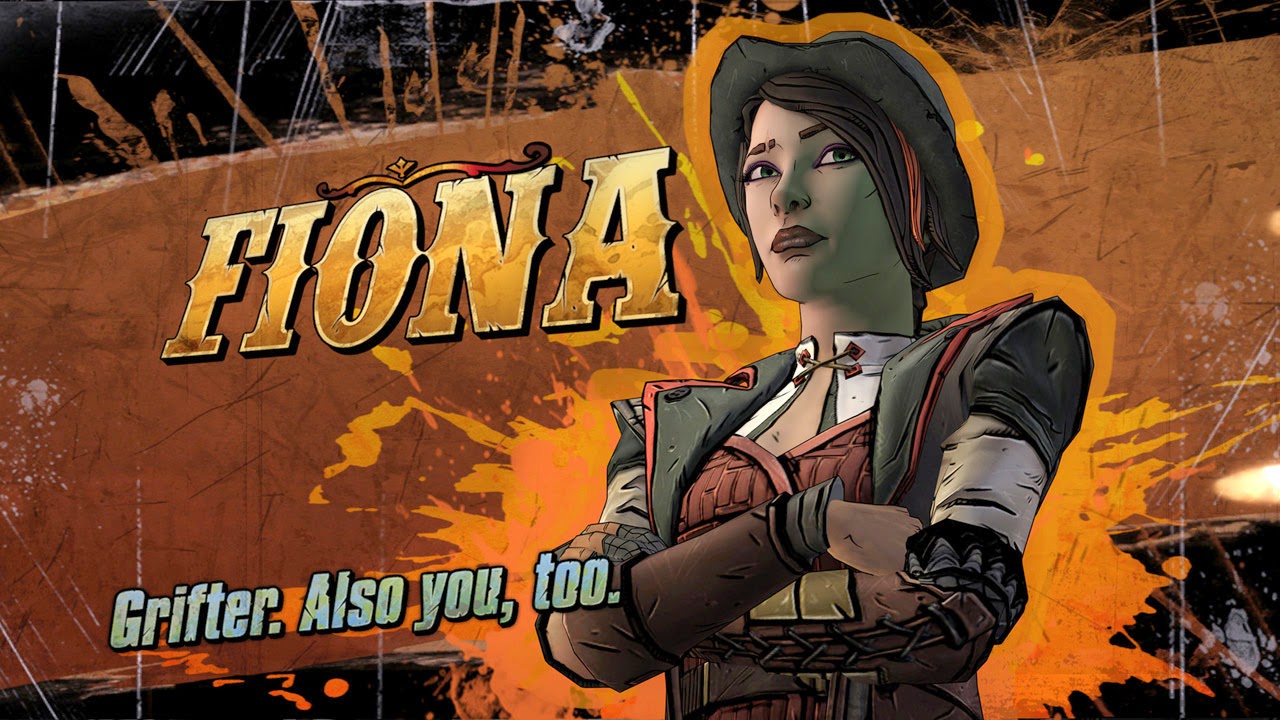 While the Borderlands art style suits the Telltale engine perfectly, animations themselves can still be a bit clunky and robotic. There were also a few stutters and hiccups when transitioning to new scenes, but were easily overlooked. A couple of odd attempts to shoehorn Borderlands colored loot system come into the mix, but without any tangible benefit – it seemed more fan service then truly useful mechanic. But these are all just minor issues in the grand scale of the experience.

Tales from the Borderlands Episode 1 is one of the most enjoyable releases in an already stellar catalog from Telltale. It feels like everything really fell into place here – established engine, absurd and comedic setting, excellent writing, best in class acting, and a high tech universe to play around in. Although the foundation is getting to be a bit long in the tooth, there’s still enough being squeezed out by this first episode to get excited for what more Telltale has to offer.