I have always had a soft spot for the RPG genre and JRPGs in particular. Fantasy is my favorite setting, and Alphadia Genesis provides a nice mix of fantasy and science fiction that somewhat reminds me of the Phantasy Star titles of old. Grinding is something I not only do not mind, but actually enjoy it so long as the combat system holds up, which is the case here for Alphadia Genesis. What we have here is a solid throwback to the 16-bit era of RPG titles. 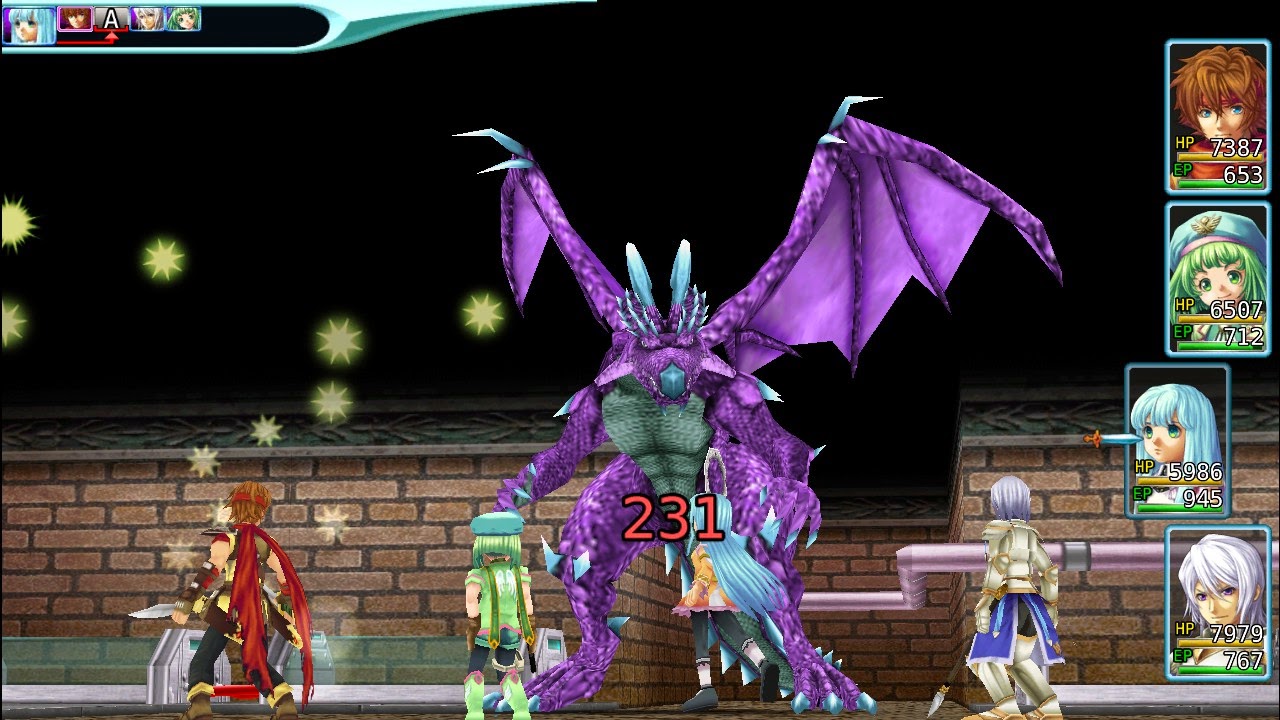 The visuals are a somewhat mixed bag, with characters drawn well enough and the enemies easy enough on the eyes during combat. The graphics when the party is traveling look like something out of RPG Maker. Not bad necessarily, and dungeon design is usually pretty sharp – but the graphics have a very indie feel to them. While combat looks considerably better than exploration, the types of enemies faced in Alphadia Genesis are somewhat low in number. This means that enemy art is frequently reused with some color or size swaps, which can be slightly annoying if you are grinding out a lot of battles and see the same basic enemies over and over again. Add to that the limited number of frames when animating the characters walking about, and the art direction of Alphadia Genesis actually holds up better than its technical execution.

The music holds up better on the presentational front of things. The soundtrack is very pleasant, with songs that seem appropriate to the maps and situations. All in all, for a game that started life as a mobile title that has been converted to Steam, Alphadia Genesis is solid if perhaps unspectacular. In a way, that last sentence can be applied to the game as a whole. 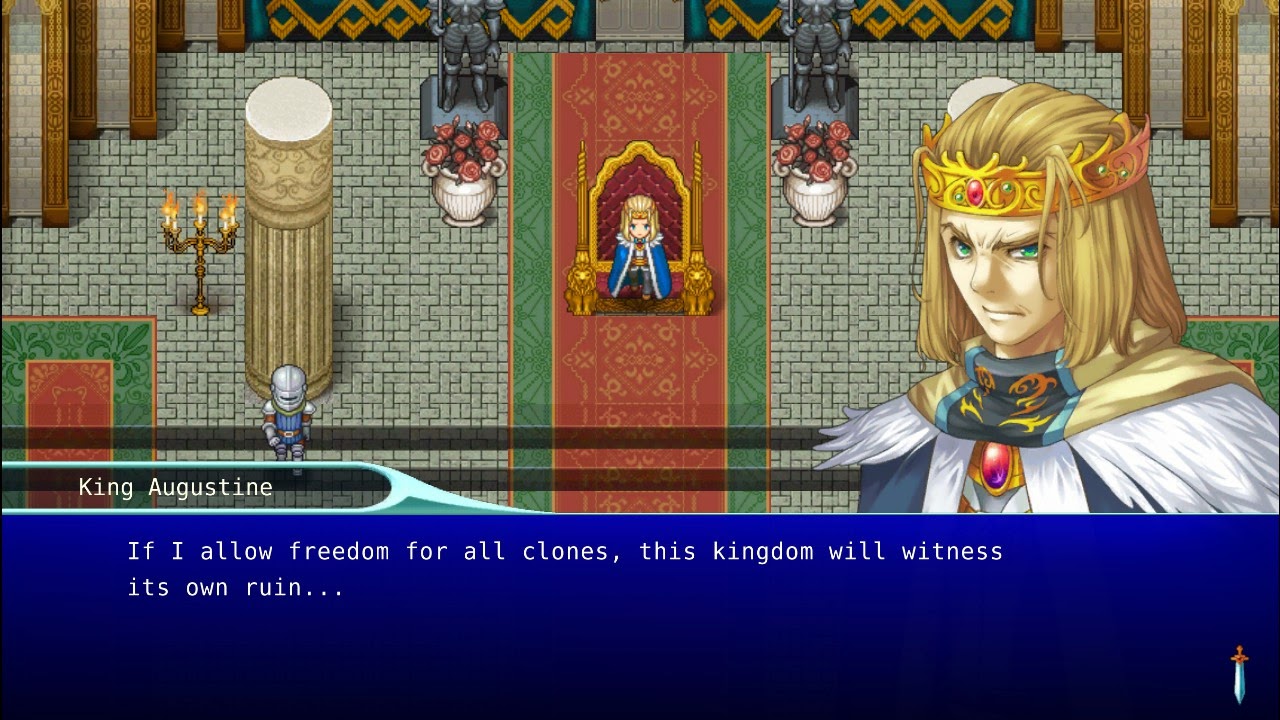 Combat is probably where Alphadia Genesis fares best, and not just because of the visuals. Combat occurs with random encounters, though there is a nice touch in the way the screen indicates that you are nearly in combat. I remember seeing this system in play in other games and I always appreciated knowing that the fight was coming soon. The encounter rate is probably just a little too frequent for most people. I am fine with it because I like to grind up battles and elevate my character levels, but not everyone has as much patience as I do for grinding.

Once combat begins, it is a turn-based affair similar to most JRPGs. Attack, use special skills that pull from a meter and try not to lose all of your life. While there is very little in the way of new ground being crossed here, the overall combat runs smoothly and is a good deal of fun. I  just wish there was a bit more distinctive enemy variety.

The interface is well thought out and it is easy to navigate around the menus and screen, but I do wish Alphadia Genesis supported controllers. I know the game came from a mobile background so it is a more natural fit for developers to leave things as the mouse and keyboard interface, but with its 16-bit look and feel, not offering controller support does feel somewhat like a missed opportunity. 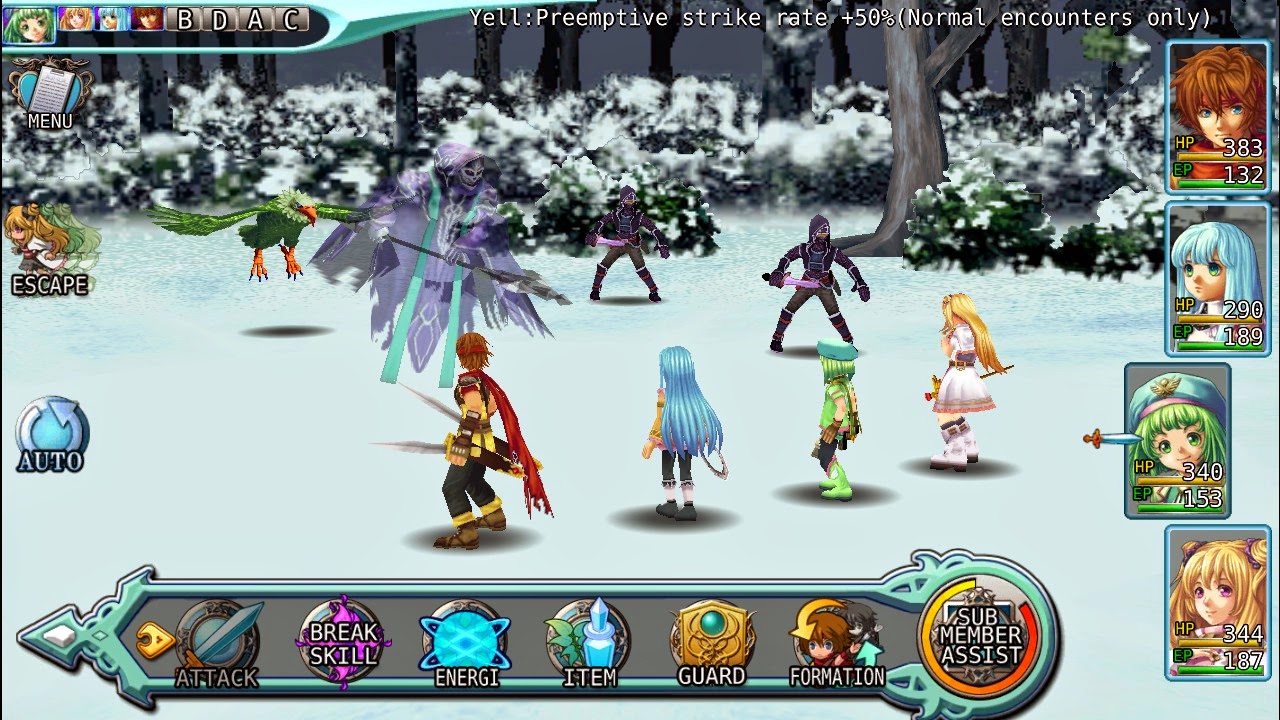 The story itself is fairly typical of the genre. The story features a young man named Fray. For all intents and purposes, he serves as your typical young man and hero for the story. His personality comes across as upbeat, trusting and perhaps even borderline gullible. He was not my favorite member of the group, but some of the future characters who join up actually prove to be well constructed – both in terms of their abilities and their personal stories. The story’s mix of fantasy and science fiction appealed to me more than the actual plot did, but just when the narrative would start to drag a little over the span of the fourteen or so hours it takes to complete Alphadia Genesis, the characters would do something to liven things up and help to maintain interest through to the end.

Alphadia Genesis is an enjoyable JRPG that does not stand out in any particular way, but does just enough things well enough to make it easy to recommend as long as you are not opposed to JRPs. Those who do not fancy grinding turn-based combat, simple visuals or the feeling of ‘been there and done that’ might not get as much out of the game. However, with over a dozen hours of gameplay, solid combat and charming characters, Alphadia Genesis deserves a look for JRPG fans.